A Pakistani Writer Who Saw Himself as Part of 'a Great Tradition, as Much Muslim as Hindu'

Widely regarded as the best fiction writer in the language since Qurratulain Hyder, Husain’s main achievement was the perfection of a unique style of fiction writing, which departed from the mainstream tradition of realistic fiction. 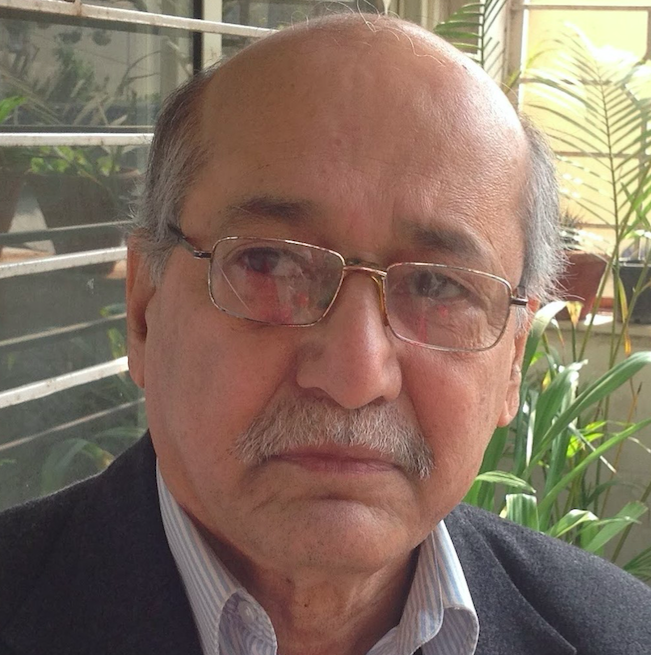 The well known Urdu writer, Intizar Husain passed away on February 2 in Lahore. He was 92 and was ailing for sometime.

Widely regarded as the best fiction writer in the language since Qurratulain Hyder, Husain’s main achievement was the perfection of a unique style of fiction writing, which departed from the mainstream tradition of realistic fiction – developed and enriched by writers like Premchand, Saadat Hasan Manto, and Ismat Chughtai – and, instead, built on the age-old traditional techniques of story-telling. The corpus of his stories shows his mastery of an extensive range of narrative traditions. He drew upon Babylonian, Greek and Hindu mythologies; Biblical, Quranic and Buddhist texts; magical tales of West Asian and Indian origin; the traditions of the moralistic fable, the Qissa and the Dastan. While his treatment and techniques were traditional, Husain’s concerns were unmistakably contemporary.

Born and educated in Uttar Pradesh, Intizar Husain migrated to Pakistan and settled in Lahore. He began his literary career during the difficult years of the late 1940s. His early writing – like the work of major Urdu writers of that time – described the painful experience of the partition and the accompanying riots. His celebrated novel, Basti concerns a group of people who were uprooted from their homes. Through different characters and their several though different stories, the novel gives powerful expression to the terrible atmosphere of tension and fear and the sense of loss – material as well as spiritual.

Although his more recent novels and stories do not make any direct reference to that difficult period in the history of the subcontinent, they nonetheless reflect a mind, a consciousness that was fundamentally shaped by that traumatic experience. Nostalgic memories of childhood and an anguished, restless quest for happiness; an irresistible longing for transcendence and a simultaneous awareness of the impossibility of such an escape; confusion, anxiety, and a sense of loss – these continued to be the threads of experience with which his stories were woven.

It was 1993 and Husain was visiting India to receive the first Yatra award for “excellence in writing in the Indian subcontinent” (instituted by Rupa and Harper-Collins, India). I met him at the India International Centre where he was staying. He talked to me at length about his work and his views on things of social and cultural significance. Although 23 years have passed since then what he said in the course of that conversation remains very relevant for us even today. Here are some excerpts from a conversation:

What made you abandon the realistic style of writing?

After about 8 to 10 years of writing in that tradition, I began to feel that realistic fiction had reached a dead end and had started repeating itself. The reason was that the social questions of the late 1940s for which realism was the most suitable form of expression had, in the subsequent decades, given way to new questions which required a very different treatment and expression.

What was it in these questions that caused you to turn towards the ancient traditional narratives?

A question that was most vigorously debated in Pakistan during the decades following independence was the question of its history. It was inevitable that such questions should arise. Now we had a new nation state, a new country. But then where did its history begin? Where and what were our roots? Where were the roots of those who had migrated from India? So there was an interesting controversy. Some argued that our history should be traced back to Mohammad Bin Qassim. Others disagreed, and said, no, it begins with Mohenjodaro and Harappa. These new types of questions had a profound influence on our fiction. For example, Qurratulain Hyder’s Aag ka Dariya starts with the Vedic age and proceeds from there. Thus an involvement with history, with questions from the past, was developing in society as in literature. This was the time when I started writing stories that were very different from my earlier work. They were not linear, realistic narratives. I also became increasingly more interested in mythologies and legends, which was perhaps an influence from my childhood.

Many of your stories draw upon Hindu or Buddhist sources. What made you turn to them?

As a Muslim, the stories from the Quran and Islamic history were available to me. As I was working with the Islamic  texts and Alif Laila stories, it occurred to me that there is an enormous treasure of old stories which belongs to our own land(the Indian subcontinent). These too are part of our tradition or heritage. I had known them from childhood and was inspired by them. I now tried to use them in my fiction. Buddha fascinated me as a great story teller.

Your mastery of old traditions is very impressive in its range and grasp. How did you manage to acquire such an extensive knowledge of the old texts?

Look, I’m not a scholar. I cannot claim to have made any deep and sustained study of the Hindu or Buddhist texts, or Greek mythology, or the Quran. It is mainly my interest in stories, my interest as a fiction writer, which takes me to these areas. I am really like a greedy person who is always looking for new, interesting stories.

These old tales, for example, the Jatakas, that are found in your writings, have you merely borrowed and reproduced them from the old literary sources or have you fabricated them yourself?

There is no one pattern. I have adopted basically two methods. Sometimes I have taken and reproduced an old tale in its entirety and sometimes I have taken just the basic idea of a tale and then proceeded from there to build a new story on it. Even when I rewrite an old story, I do it with a view to giving it a contemporary slant.

In your story Kishti, (The Boat) you have interestingly combined three distinct traditions: the ancient Sumerian epic, Gilgamesh, the Biblical story of Noah, and the Indian legend of Manu.

While reading ancient mythologies, I was struck by the fact that a legend about the great deluge in the distant past is found in Hindu mythology, Judeo-Christian and Islamic texts, as well as in an ancient Babylonian epic. I was haunted by this fact and it finally led to Kishti where I have interwoven all these traditions into one narrative.

Your stories, even though based on old traditional sources, have a distinctly contemporary ring.

But I am mainly involved with the present. All these wanderings into areas of the past are dictated by contemporary concerns. For example, Kishti is not merely a re-telling of old myths but a contemporary piece of fiction. It refers to a modern condition because the people in that story are a troubled, displaced people, people who have lost their homes and are now drifting in a vast, endless expanse of water.

In traditional story-telling there is always a moral attached to a fable. Every story invariably concludes with an explicit message or lesson. But your stories, although based on the techniques and style of these narrative traditions usually end in dilemmas and questions.

I have always been against preaching through literature. True, I have been involved with moralistic stories. But whenever I borrow or rewrite such a story, I always delete the last moralising part. I feel that a story can by itself express whatever it wants to say and that the moral is therefore totally unnecessary.

Why is it that one finds an overwhelming sense of anxiety about the future throughout your writings. There are questions and uncertainties about what is to come.

Anxiety is a global condition today. The future of the entire world has become uncertain. There is a terrible sense of crisis in our part of the world as also elsewhere. It is this sense of a crisis in our collective existence that I have tried to express in these stories.

You have said about yourself, “I am a Muslim but I feel that there is a Hindu sitting inside me.” And again, “I still feel that I am an exile who wanders between Karbala and Ayodhya.” What did you mean?

You see, I am a Muslim by religion. From childhood, Muharram was a big event for me. But I am also from this land and therefore have known and been fascinated by Ram Lilas. I have been inspired and influenced by both. Also in the story of Ram I see the story of a small family which is forced to leave its home and wander through wilderness for many long years. The tale haunted me until I began to see its contemporary significance.

This is really interesting. For there have been and still are certain forces on both sides of the Indo-Pak border who would like to define culture in communal terms by trying to rigidly separate the Hindu and the Muslim elements in our common heritage and history, by disowning and rejecting a large part of that shared culture as alien to a particular religious community.

My position is entirely different. I like to see myself as part of the great tradition to which Amir Khusro, Nizamuddin Aulia, and Dara Shukoh as much as Rahim, Raskhan and Jayasi belong. This tradition is as much Hindu as it is Muslim. My stories are a struggle against religious fundamentalism, against mullahism. This trend of attacking culture in the name of religion may be a recent trend in India but we have had to suffer it for a long time in Pakistan. Our serious writers and artists have been fighting precisely against such forces. Because, you see, if we purged our heritage all un-Islamic or Hindu influences, what would remain of our music, our painting, our poetry, or our architecture? After all, our culture is made up of a very wide and complex range of historic influences. Muslim intellectuals are facing such fundamentalist attacks even in countries like Egypt and Algeria. In Egypt, when a new edition of Alif Laila (Thousand and One Nights) was released, the fundamentalists burnt down the entire edition in Cairo because the ancient popular narrative was “un-Islamic.”

Many of your stories can also invite the charge of being “un-Islamic” because they are derived from Hindu and Buddhist sources and portray non-Muslim situations and characters. Did you ever come under attack for writing those stories?

No, because the mullahs generally do not read books. They do not know what is being written in literature until somebody tells them. However, once a Jamat-e-Islami paper criticised my work for dealing with the “un-Islamic” concept of transmigration of souls. But fortunately nobody picked up the issue and the controversy died down.