A Minority of One

Ruskin Bond's Lone Fox Dancing gives an insight into the life of the Indian writer who defies the concept of being a ‘foreigner’. 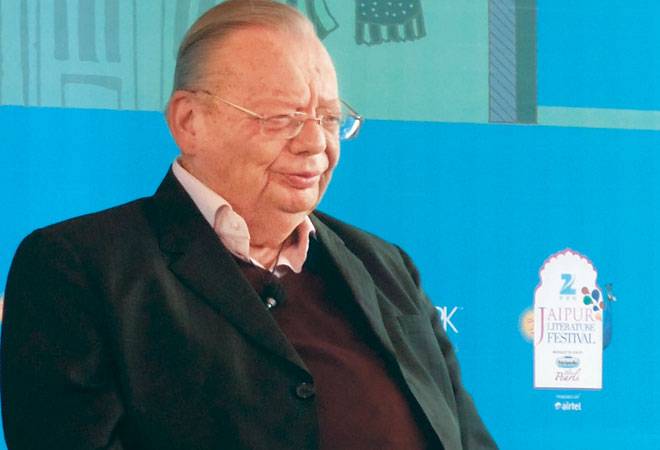 What is love in literature?

Is it the exquisite maze of finding your own self, as Rumi says? Is it a fettered but rose-tinted devotion to a single person, propounded by Gabriel Garcia Marquez’s protagonist from Love in the Time of Cholera?  Closer home, in the realms of Indian literature, is love the charm and simplicity of Rabindranath Tagore’s The Champa Tree, or the socio-political madness of Ghare Baire? The intellectual, modern conversations in R.K. Narayan’s The Painter of Signs, the pathetic fallacies of Amitav Ghosh’s The Hungry Tide or the inter-faith brown man-white woman lust in Shashi Tharoor’s Riot? I’d like to argue that Ruskin Bond, unfairly bracketed as a children’s writer for too long, is India’s most nuanced writer on love.

Most of Bond’s stories are set in small-town India, and the Himalayas. He is neither a natural historian, nor a travel writer. Instead, he is a champion chronicler of that which we can easily miss – the young mother next door, unforced inter-faith banter in a country now increasingly known for riots, love snatched between marriages, promises consummated on dirty balconies, and faceless towns which wouldn’t find place on Lonely Planet listings. 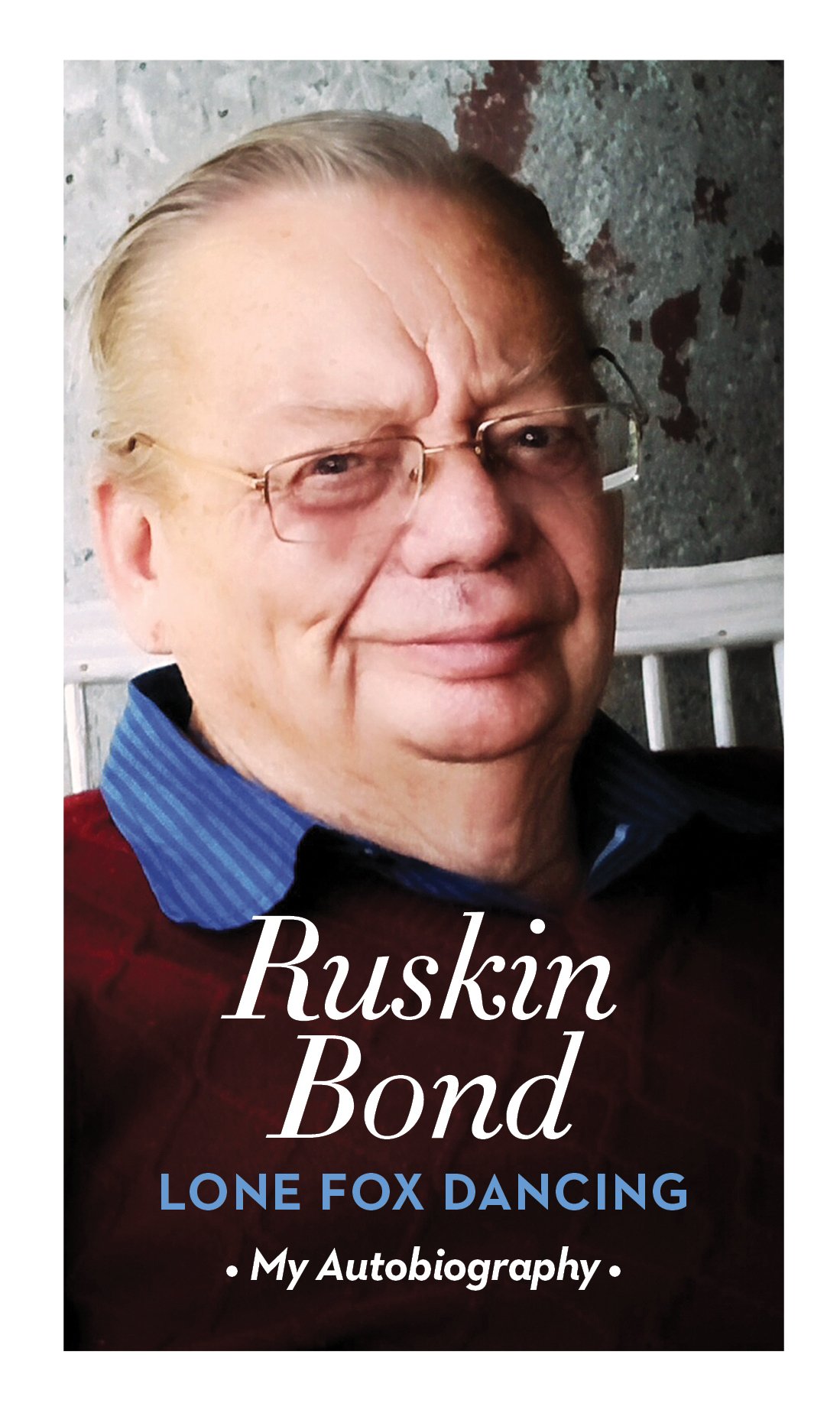 What were Bond’s own experiences – a white man, growing up in India, witness to Partition and independence, who left India for Britain, only to return forever and settle in a small town? For anyone who has read Bond, there may be a tendency to romanticise him as the relict Anglo Indian living in the mountains, much like Bond’s own prose has been romanticised as ‘simple’. It is a treat then, to read Lone Fox Dancing, Bond’s complex and layered autobiography; and to uncover that this is an author who has seen much, reflected much, choosing to write about life’s little things only after having gone through long spells of intense self-awareness; to find that the cheer comes from wisdom.

“Little boys should speak only when spoken to,” is what Ruskin Bond’s grandmother would say to him. “She wasn’t a typical granny; I made her homely in my stories.” he adds. As you read about Bond’s childhood, you realise this is a letter of love to loneliness. Nothing much was typical in his childhood. His happiest years were spent with his father in Delhi, near Humayun’s Tomb. “We get used to happiness very quickly, more so when we are children. I believed that Daddy and I would always be together,” he writes. This foreshadowed the unthinkable – his father’s untimely death. Living out a distant relationship with his mother, Bond was sent to boarding school. Independence and Partition happened while he was in school still.

His best friend Azhar, soon to become Pakistani, asked him:

“Will you go away when the British leave India?

‘Everybody is saying they’re going to divide the country. I think I’ll have to go away’.

‘Gandhi will stop them,’ he said.”

In another passage, the young children in their boarding school become a microcosm for innocence; a contrast to the weary politics of division and the savagery of communal riots following the bisecting of the Bengal and Punjab provinces.

“The common room radio and the occasional newspaper kept us abreast of events, but in our tunnel Azhar and I felt immune from all that was happening, worlds away from the pillage, murder and revenge. Outside the tunnel, there was fresh untrodden grass, sprinkled with clover and daisies, the only sounds the hammering of a woodpecker, and the distant insistent call of the Himalayan barbet. Who could touch us there?

‘And when the wars are done,’ I said, ‘a butterfly will still be beautiful.’

‘Did you read that somewhere?’ Azhar asked.

Could Bond be a representation of the typical young man who grew into consciousness in the 1940s as the nation did, independent and sovereign? Yes and no. Questions of belonging form a filigree through this autobiography, and indeed through much of Bond’s work; but his choices were also fiercely individualistic and unconventional. It is clear that Bond feels Indian through and through, a question his own life – and India’s current propensity against non-Hindus – appears to problematise. As a child, he lost Azhar to Partition. As a young man, he was asked to go to England (which he did). He writes that once there, he had “small achievements that amounted to nothing” and to India he had to return, a choice that was all his.

“What was I, anyway? English, like my father? Or Anglo-Indian, like my mother? Or Punjabi Indian, like my stepfather and half-brothers? Or a London Indian, like so many of my friends who had settled there, in body and in spirit?

Well, I was back in India, and I had no intention of going anywhere, and as the land was full of all kinds of people of diverse origins, I decided I’d just be myself, all-Indian, even if it meant being a minority of one.”

The loneliness that the young man felt as a member of a somewhat dysfunctional family, crushed by the death of his father, as a young man grappling with an inherited British identity on chilly English shores, as part of deeply felt but fleeting love stories, transformed later into a sure-footed solitariness.

“As a boy, loneliness. As a man, solitude. The loneliness was not of my seeking. The solitude I sought. And found,” he writes.

If solitude is the stuff for writers, love is about longing and loss. Bond’s own love stories are in this book – and thus, also part of his prose. Much of his writing has been on love – forbidden, unconventional, cutting across class, but never contrived. He writes of the attraction a man feels for a young girl in The Coral Tree. There is bisexual passion in The Sensualist. Love between a traveller and a girl selling baskets on a train station in The Night Train at Deoli. Passion for a friend’s mother in The Room on the Roof; unrequited love for a woman named Sushila in Time Stops at Shamli.

Was Sushila real? Yes, she was, the autobiography reveals. Perhaps it was her loss that spurred his writing; and the idea that love and loss are twins. At the end of the book, looking back on heartbreak, he writes of a young girl who tends cattle.

“And there was a girl who was nearly always cutting grass for fodder… she had a wide grin on her face whenever she met me on the path. She was always singing to herself, or to the sheep, or to the grass, showing me how much I still needed to learn about contentment. Sit down, stop chasing, and the words will come, and maybe love, too.”

The words do come to Bond, easy but hard-fought; as he writes about beggars on the street, crickets on the windowsill, dew on the grass, and bloodstains on India’s social fabric, he does so with a lightness of being. Lone Fox Dancing is a beautiful book that gives insight into the life of an Indian writer who defies the concept of being a ‘foreigner’. Bond seems to notice more of India than Indians do themselves. As all good autobiographies go, this is also the chronicle of a sensitive artist stumbling and coming on to his own, finding his own voice, a consciousness that is deeply environmental, sensual and strikingly unique, at a significant time in India’s history. You will also find original prose, sad and humorous, in this book.

Let us end with some of it:

“I’m afraid science and politics have let us down.

But the cricket still sings on the window-sill.”