A Brave Attempt to Collect Stories of the 'Asian Experience'

'The Best Asian Short Stories', the first ever compilation of 20th century stories written by writers based in Asia or who have deep connections with the region, discusses colonial experience, cross-cultural migration and gender violence among others. 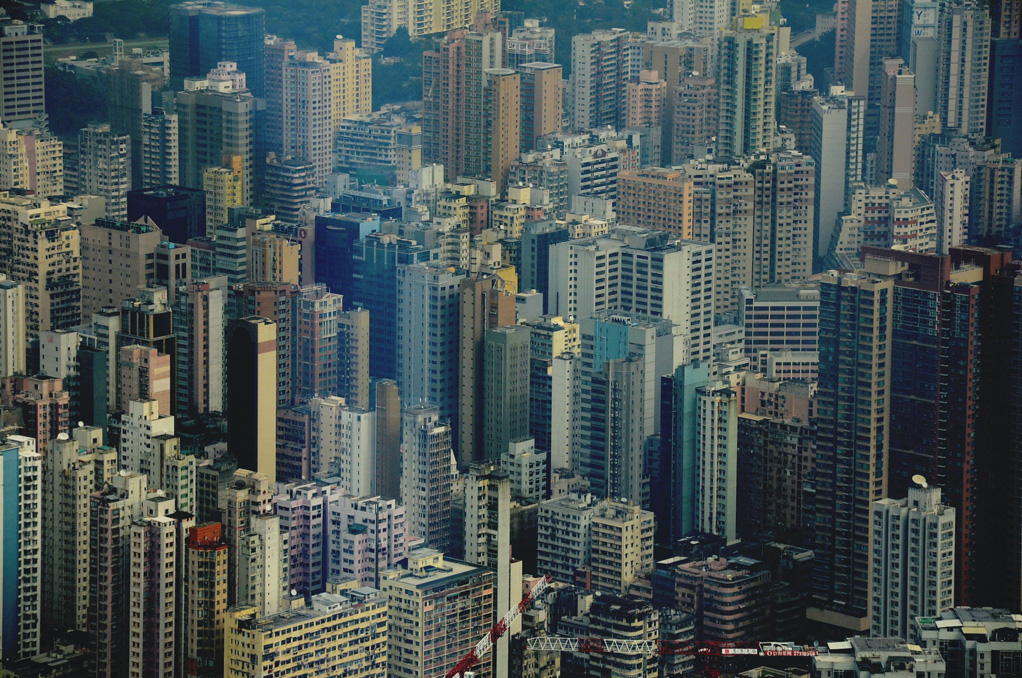 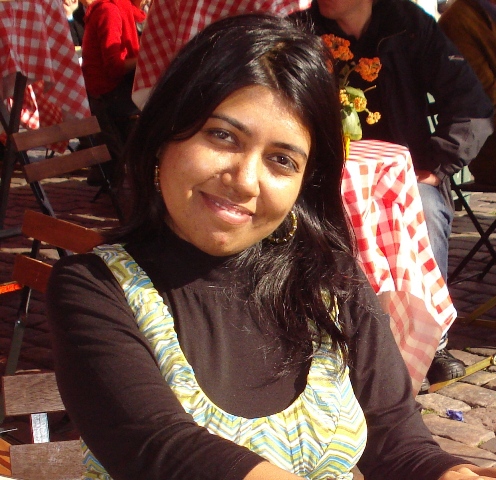 I often hear editors and agents lament, “…nobody reads short stories. They don’t sell.” Still, every year, some wonderful collections are published, reviewed and read. Frank O’Connor said the form could be best used to tell tales of the marginalised. Much like its characters then, the form too carries the burden of being in perpetual shadow, always under threat from the novel. Existing on the margins of literary hullabaloo around the novel, the form quietly survives.

So, in these times, when the form is fraught with such a strange disdain, an anthology of short stories is a welcome event. The first ever compilation of 20th century stories written by writers based in Asia or who have deep connections with the region is worthy of special mention. The Best Asian Short Stories (2017) edited by Monideepa Sahu (series editor, Zafar Anjum) deserves attention. One needs to give credit to the Singapore-based publisher, Kitaab for thinking of and bringing out this collection of short stories. The introduction to the authors and their works and a detailed foreword makes this book an important addition to the wealth of narratives from the Asian region. 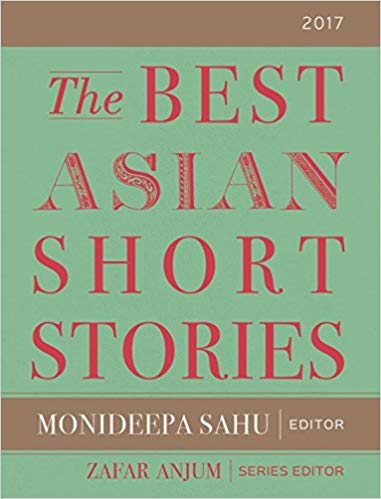 This anthology contains 32 works from 11 countries, including a few from the Arab region. Perhaps, a few of the stories would be familiar to readers. For example, I had already read Siddhartha Gigoo’s ‘The Umbrella Man’ (awarded the Commonwealth Short Story Prize, 2015, Asia), Shashi Deshpande’s remarkable ‘Independence Day’ and Farah Ghuznavi’s ‘Big Mother’ (from her collection, Fragments Of A River Song).

Like in all anthologies some tales work better than the others. There are stories that use the traditional structure, while many others move to more experimental forms. Out of the nine Asian countries featured, six were British colonies and thus there are many references to the post-colonial experience.

The settings might seem more familiar to an Asian reader. But in today’s times of transnational migration and multicultural societies, the anthology would easily appeal to a non-Asian reader too, as the themes of migration, identity, belonging, love, economic disparity, and the idea of home are quite universal.

Migration within cities and villages or between nations for economic, social or political reasons is one of the most dominant themes in the anthology. Amir Darwish’s ‘Samar’ is a visceral tale of a woman’s escape from Aleppo, Syria, with her little son Ahmed. The story corners the reader into imagining the innumerable people who took those boat rides out of Syria. Samar slices through time and memory on the boat. We get glimpses of Aleppo’s past glory, of our protaganist’s ‘normal’ love story. The references scare the reader, as before Aleppo became Aleppo-from-which-one-has-to-flee, it was just like another city: your city or my city.

Siddhartha Gigoo’s ‘The Umbrella Man’ and Ilakshee Bhuyan Nath’s ‘The Wetland’ situate themselves amidst the ongoing conflict in Kashmir. ‘The Umbrella Man’ waits for rain in an asylum. The tale questions the meaning of exile and belonging, a metaphorical telling of the forced eviction of Pandits from the Valley. Perhaps, it is true, we can belong in various ways and at times, they have to be constructed within our inner selves. In ‘Wetland’, choosing sides is never an option. Rati makes two bonds after she arrives in the Valley with her husband on an army posting. Her first friend, a fellow army man’s wife, Swati, loses her husband just as she is preparing to leave Kashmir forever. The second friend is a young Muslim boy, Shabbir, who works as a domestic help in Rati’s house. Shabbir is an outsider, a civilian, who becomes a window for Rati to see beyond her sheltered army life. He shows her the other side, the side where young men disappear without warning.

Food and memory are the elements that Jeremy Tiang uses to portray the same anxiety in 1997. Here an elderly aunt who fled China as a young girl is now trying to cajole her young niece to move to London, as Hong Kong is about to accede to China from the British. Tiang’s story elucidates the gentle violence of people who love you: be it a starving daughter who chews on her mother’s fingers during the great famine in China or an elderly aunt retelling the horror of those days over a feast to convince her niece to leave her homeland.

Keeping with the theme of migration and displacement, the anthology has two stories on the Sindhi community, placed in very different times. Shashi Deshpande’s ‘Independence Day’ narrates the loss of a homeland during partition. It is told through the point of view of a young woman living in south India. ‘Independence Day’ seems like a prequel to Murli Melwani’s ‘Water On a Hot Plate’. Melwani’s Sindh travels constantly, a culture in eternal migration. The story never situates itself in a physical space, it only belongs to the idea of the Sindhi, wherever they go, be it USA, China, Taiwan, Bombay, Sindh goes with them. These stories, like many others in the anthology make you wonder on the varied ways in which forced migrations and displacements affect families over generations. The assiduous ways in which violence enters our homes, our relationships, in times of war and conflict, be it Syria, China, India, Pakistan, Bangladesh or Hong Kong.

‘Jelly Beans’ by US-based writer Soniah Kamal is a textured exploration of tussle between two generations, between East and West. It tells the tale of an angry Karachi-based couple, the Hafeezes, who fly to America overnight to stop their son from marrying a white divorced woman with a little girl. Similarly, Suzanne Kamata’s ‘Mon-chan’ also explores this inter-generational fissure peculiar to Asian societies. The story unfolds between two daughters and their elderly mother whose memory is failing. To the daughters’ chagrin, the mother forgets a lot of things but she never forgets her teenage memory of catching a glimpse of the honeymoon couple, Marilyn Monroe and Joe Di Maggio landing at the airport in Narita, Japan. Marilyn Monroe or Mon-chan, as she is known in Japan, was one of the biggest foreign box office draws in Japan. ‘Mon-chan’ is a tale of alienation, love and memory as they play out in post-industrial Japan.

Yu-Mei Balasingamchow’s ‘Fits and Starts’ is a window to the complex identity politics in contemporary Singapore. Fits and Starts begins when a young Chinese woman, Lilly, joins a 24-hour McDonald’s outlet as a delivery rider and meets a Malay boy, Rashid. Through their sexual encounters, we come to know more about the claustrophobia in urban Singapore and the frustration of the young in the so-called fastest growing East Asian economies. Similarly, Park Chan Soon’s ‘Ladybugs Fly from the Top’, one of my favorite stories in the anthology is set in contemporary South Korea and is a surreal reflection on the life of window cleaners of high-rise buildings.

There are other stories, though some strike me as less successful, either because they are too episodic or because they resort to using overused settings. The anthology would have been helped with some more editing. It is still not wholly representative of Asia as some countries like Sri Lanka, Bhutan, Nepal and Myanmar are glaring in their absence. On the other hand, India has an overwhelming presence. Also, Asia has a vibrant language publishing culture, and thus any collection from here would have to explore translated works to become truly representative of the region.

What constitutes an Asian experience?

The pertinent question this anthology raises is: Is there something like an ‘Asian’ short story? We know that Asia is made of a set of deeply diverse nations. So, can one collect these people under one umbrella without subsuming their individuality? What defines that Asia, or can we define at all? What constitutes an Asian experience?

The themes chosen by the writers in this anthology provide some answers. Apart from the colonial experience, most of the stories focus on cross-cultural migration, gender violence, uneven economic growth and the struggle to keep their cultural identity as they change to keep pace with the globalised world.

Over the years, we have seen the American short story grow to robustness with regular annual boosts from the famous Best American Short Stories (BASS) anthology, published since 1915. Like BASS, the editors can standardise the process of selection in the future if it is to become an annual feature.

Time will tell if all these Asian countries can form an annual assemblage representative of the extraordinary diversity of the whole region. This is surely one such brave beginning.

Anubha Yadav teaches broadcast studies in University Of Delhi. When not in classroom, she reads and writes fiction. Her work has been published in magazines and journals around the world.