The Swiss People's Party has said that India and ten other countries are "too corrupt" and that it will get enough support in the country's parliament to halt the tax information exchange process. 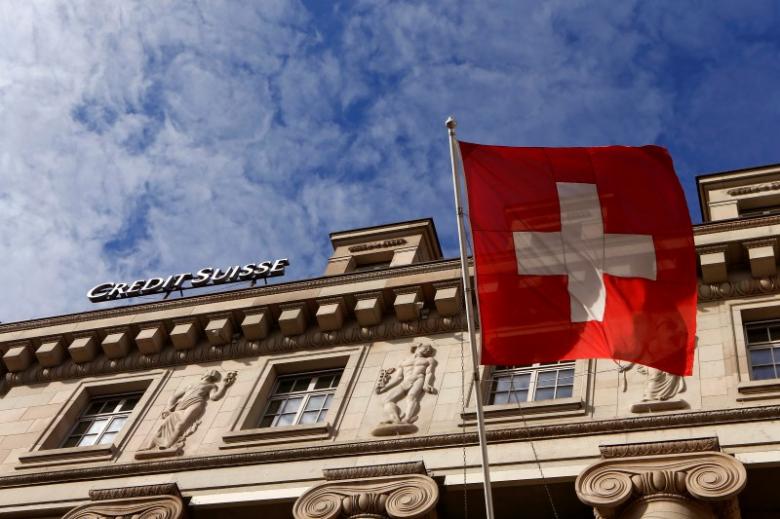 The automatic exchange of tax information treaty has been touted by the Modi government as a major victory against Swiss bank secrecy. Photo: Reuters

Paris: Switzerland’s right-wing and biggest political party has said that “corrupt and authoritarian countries” should not be given access to tax data, in a move that could threaten the country’s automatic information exchange (AIE) treaty with India and ten other nations.

In late 2016, India and Switzerland signed a data-sharing treaty that would have Swiss authorities collect bank data and send it to Indian tax authorities and vice versa. The automatic exchange of tax information was hailed in India as a victory for the Modi government and has been seen globally as an important step in fighting tax evasion and money laundering.

“We do not want an automatic exchange of bank data with corrupt and unfree states,” said the SVP president, Albert Rösti. Also present at the same press conference was the party’s national councillor, Thomas Matter, who happens to be the owner of a private bank himself. The party claims sharing data with such countries would enable corrupt tax officials to misuse it to threaten and extort clients in collusion with mafia-like structures.

The SVP appears to have used the corruption index of Transparency International and the Democracy Index of the Freedom House Human Rights Organization as indices. “These countries are either highly corrupt or half-dictatorships”, wrote Swiss newspaper Tages-Anzieger.

The SVP claims it will get majority support in Parliament to bring the AIE process to a halt. The Economic Commission of the Deputy Chamber is likely to discuss the AIE in the days to come. The committee consists of 25 members. Eight belong to the right-wing SVP. And, as a handful of political commentators are saying, chances are that the Democratic Christians and Liberal-Radicals will also back the SVP.

According to Julius Baer whistle-blower, Rudolf Elmer, this list includes countries that hold most of the assets within Swiss banks. “Both India and Switzerland will be more than happy that nothing will be revealed,” says Elmer. “There is a lot of talk but no one is ready to walk the talk. It’s the man in the street who gets cheated at the end of the day.”

The process set out by the global standard is supposed to take off next year. Switzerland would have to start collecting bank data and send it to tax authorities of countries with whom it has signed the treaty. The Swiss Federal council had cleared automatic information exchange with 38 countries starting 2018 and another 44 countries the following year.

Switzerland and India signed a joint declaration on November 22, 2016, for the automatic exchange of information on a reciprocal basis. Both countries said they intended to start collecting data in 2018 and to exchange it from 2019 onwards.

“There could eventually be a compromise’” says Bruno Gurtner, a Swiss economist and co-founder of Tax Justice Network. “Maybe they’ll have a kind of special investigation for certain countries before delivering data or blocking automatic information exchange”. Russia, China and Saudi Arabia stand a higher risk than India, Argentina and Brazil, according to Gurtner. The Swiss are likely to be mindful of their export ties with some countries. Whatever the decision, it is likely to be confirmed by the plenum at a later stage.

The countries exchanging information have to guarantee that the data is used solely for tax purposes and is kept confidential. The Swiss government has been under tremendous pressure to ease rules for cases of stolen data as well.

It’s no longer a secret that Switzerland has earned the reputation of being a major “sponsor” of corruption around the world. The Swiss right wing pointing fingers at countries like India for being corrupt is a bit like the pot calling the kettle black. Ironically, this accusation is used to justify depriving these “corrupt countries” of information that could actually help them combat corruption.

On July 5 2017, the Swiss Federal Administrative court declared that S​wiss tax authorities will have to help India ​with HSBC​ data related to two Indian ​clients.

The clients had made an appeal that the information on their accounts should not be shared. It was overruled. The court’s decision says India’s request can be entertained, as long the “principle of good faith is not breached”. The two Indian clients are not named in the judgement. They are likely to be among the Indians named in the public gazette notifications issued online by the Swiss Federal Tax Administration in 2015. This included former Congress minister Preneet Kaur, her son Raninder Singh and industrialist Yash Birla.

The French, who shared the HBSC data with India in the first place, had promised in their negotiations with Switzerland that they would not use HSBC whistle-blower Herve Falciani’s data in AIE requests. India, however, never made such promises. So the court concluded that India hadn’t violated the principle of good faith.

Since India got this information “passively” from the French and not directly from Falciani, the court deems it fit that Switzerland provide assistance. Of course, under certain conditions, the Swiss Federal Supreme court could overrule the decision.

This specific ruling seems rather unprecedented. With strict banking secrecy laws, sharing information based on stolen data is a highly contentious matter in Switzerland.

When Falciani offered help to India in 2015, he didn’t give the data directly to Indian authorities despite the offer of a cash reward. “To avoid the legal trap, it’s in the best interest of administrations to share data with each other” he told The Wire. “I encouraged India to do the same. We have channels that allow investigators to proceed correctly.”

Only very recently (April 2017), the Swiss Supreme Court declined assistance to French authorities regarding the same HSBC data on grounds that they got it from Falciani. However, Falciani explains why the data French authorities have, cannot be considered “stolen”. Immediately after Falciani fled from Geneva to France, Swiss authorities requested the French to seize his data and return it to them.

At the time this data was seized, Falciani had already made a first move towards the French and offered it to them for free. But the fact that the data was found in an official raid makes it admissible in court even if banking secrecy laws disallow use of stolen data. This was something the Swiss unwittingly facilitated. The French did “return” a copy of the data to Switzerland but kept the original as evidence.

Later, France shared bits of Falciani’s data with about 30 countries. Most of them say they are keen to sign an AIE treaty with Switzerland to get more info. If a higher court does not overrule this decision on India, all countries receiving leaked data “passively” should be able to force the Swiss to cooperate.

Regarding the Swiss right wings refusal to engage with certain “corrupt” countries, Falciani says the real problem lies elsewhere. “The real focus is not the due diligence related to public administrations but the failure to set due diligence standards related to banks’ clients.”

“If there really was proper exchange between the countries, there would be no need for any data to be leaked,” says Falciani. “I never shared the data with any country directly but always through channels that respected legal procedures. The rest is political wrangling that aims at distorting the interpretation of the law.”

In August 2016, Elmer revealed that his data had Indian names. A year has lapsed since but the Modi government doesn’t seem to show any interest in investigating this further.

Elmer argues that the data he leaked from Cayman Islands cannot be considered stolen since he was Julius Baer’s compliance officer. According to Elmer one cannot ‘steal’ data one is responsible for. Besides, the Swiss cannot extend their banking secrecy jurisdiction extra-territorially.

Elmer says India can still easily request information from the Swiss High court that gave a verdict in his case. Court documents confirm it has the data. If not, Indian authorities could work with German Tax Authorities in Düsseldorf, Nordrhein-Westfalen, because they have made a copy of the data and investigated the data as well.

The Federal council, Switzerland’s highest executive authority had initiated consultation proceedings on the revision of tax laws in 2015. These were aimed at easing Swiss practices with regard to stolen data. “Partner countries find Switzerland’s current practice too restrictive… the most pertinent illustration is the case of India (HSBC list)”, the Federal council acknowledged in a statement.

In order to pass the OECD peer review, Switzerland has had to convince G-20 nations that it had a genuine intention to change its ways. But the domestic scenario shows that Swiss opinion is deeply divided over the matter.

By its own admission, the Federal council believes, “(The) widespread distribution of the data stolen from HSBC has shed new light on the subject. This disclosure had an additional dimension that made Switzerland’s refusal to cooperate even more difficult to justify, as Switzerland could be perceived to be protecting criminals for the simple reason that they were on a list of stolen data.”

The decisions of the different Swiss courts are ambivalent. Even though the Swiss government says it wants to comply with global standard, the process remains blocked as the powerful players of the Swiss financial industry see this as a real threat.

Whistle-blower Elmer says, “The Swiss financial industry and particularly the private sector would loose so much dubious business or to be blunt- profit. That is simply the truth and the driving force behind all the retaliation against truth tellers”

The AIE standard itself is seen by experts as riddled with loopholes (the US is not even a signatory). The most effective solutions are often the simplest to implement (unlike the multinational AIE). However, it’s still seen as a first major, concerted global move to tackle the problem of tax evasion and money laundering. Political leaders around the world no longer feel they can afford to be seen as taking no action.