India's diamond imports have seen a four-fold jump during April-November 2017. This may have been inflated by at least $4 billion to send black money outside the country. 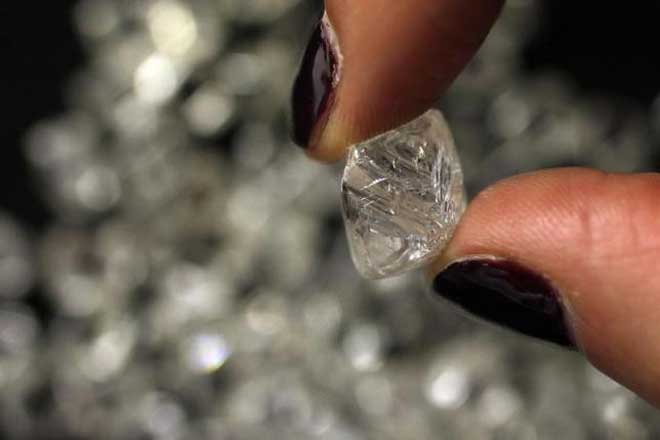 New Delhi: India’s export revival could well prove to be a bubble. As it turns out, the monthly export figures for much-talked-about gems and jewellery sector, which accounts for India’s third biggest export item, were inflated. The reason? Diamond traders may have blatantly over-invoiced imports to launder black money.

Since imported diamonds are re-exported after cutting and polishing – the only value addition done in the country – the inflated import price automatically reflects in export value.

India’s diamond imports have seen a fourfold jump during April-November 2017, according to the commerce ministry. According to one industry estimate, the value of diamond imported during the first eight months of the fiscal may have been inflated by at least $4 billion to send black money outside the country.

An internal note of the finance ministry, prepared in the wake of the over Rs 11,000 crore scam in the Punjab National Bank, too has raised the suspicion of diamond import being misused as conduit for money laundering by pointing to related party transactions at inflated prices and high trade receivables of three Nirav Modi-promoted companies.

Trade experts say the diamond trade has always been an easy route for sending out money as it is very lightly regulated. The bulk of imports has come from unspecified sources and not from traditional exporting countries like Dubai, Belgium and Hong Kong, show data available with the commerce ministry.

Neither trade experts nor concerned government officials can explain this trend. Imports of cut diamonds that have not been mounted rose 284% in April-November 2017 to Rs 40,809 crore, or $6.3 billion, from Rs 10,672 crore in the same period last year.

According to PS Pandya, Chairman, Gems and Jewellery Promotion Council, total imports should not have been more than $2 billion in the normal course.

Diamond imports from Hong Kong, the biggest supplier of polished diamonds, shrunk 25% to Rs 3,848 crore during April-November 2017, from a year-ago period.

Though not a common occurrence, imports are sometimes categorised as being from unspecified sources when the country of origin is not mentioned in the bill of entry for some reason. Any such imports are generally marked to specific countries when the numbers are reconciled, trade experts said.

A trade expert said that the increase in polished diamond imports should have led to a dip in that of roughs, which has not happened. Moreover, there has been no commensurate increase in exports of polished diamonds either. On the contrary, exports of pearls and precious and semiprecious stones fell 1.6% in the April-December period to Rs 1.21lakh crore from the same period last year.

“Government and banking officials lack the technical knowledge to understand the intricacies of the diamond trade,” Goyal added.

In 2013 and 2014, the Directorate of Revenue Intelligence had alerted the special investigation team on black money about diamond trading companies being used as fronts for money laundering, some of which was through banking channels. The agency had flagged a number of cases as well as the suspected modus operandi.

The finance ministry’s suspicion stems from the fact that trade receivables of Diamonds “R” US, Stellar Diamond and Solar Exports – three import companies associated with Nirav Modi – are abnormally high. The nil equity of promoters has bolstered the ministry’s suspicion.

At the time of preparation of the note, Stellar Diamond’s trade receivables stood at Rs 2,665 crore against a turnover of Rs 2654 crore. The company had reported a net foreign exchange gain of Rs 7.95 crore and profit of Rs 7.26 crore. It had outstanding loans worth Rs 1,714 crore.

Solar Exports had trade receivables of Rs 2,692 crore against the turnover of Rs 1,238 crore in 2016-16. Its outstanding loan was Rs 981 crore but the company reported a meagre profit of Rs 2.07 crore, an amount hardly enough to cover interest costs, let alone loan repayment.

“The trade receivables of the three Nira Modi companies involved in the fraud are much higher than their total turnover which shows that goods are being sold for related parties and are either over-invoiced or not coming at all. Therefore, the other concern who is buying goods in India from these three concerns is not in a position to make payment and therefore such high trade receivables,” says the internal government note.

During the same year, Firestar International, the flagship company of Nirav Modi, had secured loans of Rs 1,518 crore from banks and given corporate guarantee of Rs 846 crore for domestic subsidiaries and Rs 1,461 crore for overseas ones, says the note quoting audit report.

Meanwhile, institutional finance for diamond import trade has started drying up as banks clamp down on issuance of Letters of Undertaking (LoUs) in the wake of the PNB scam.

Country’s largest public sector lender State Bank of India has Rs 1,360 crore exposure to the PNB fraud while UCO Bank and Allahabad Bank have Rs 2,656 crore and Rs 2,000 crore, respectively. They are now demanding their money back.