Despite a Supreme Court directive, the RBI refused to divulge information on wilful defaulters. 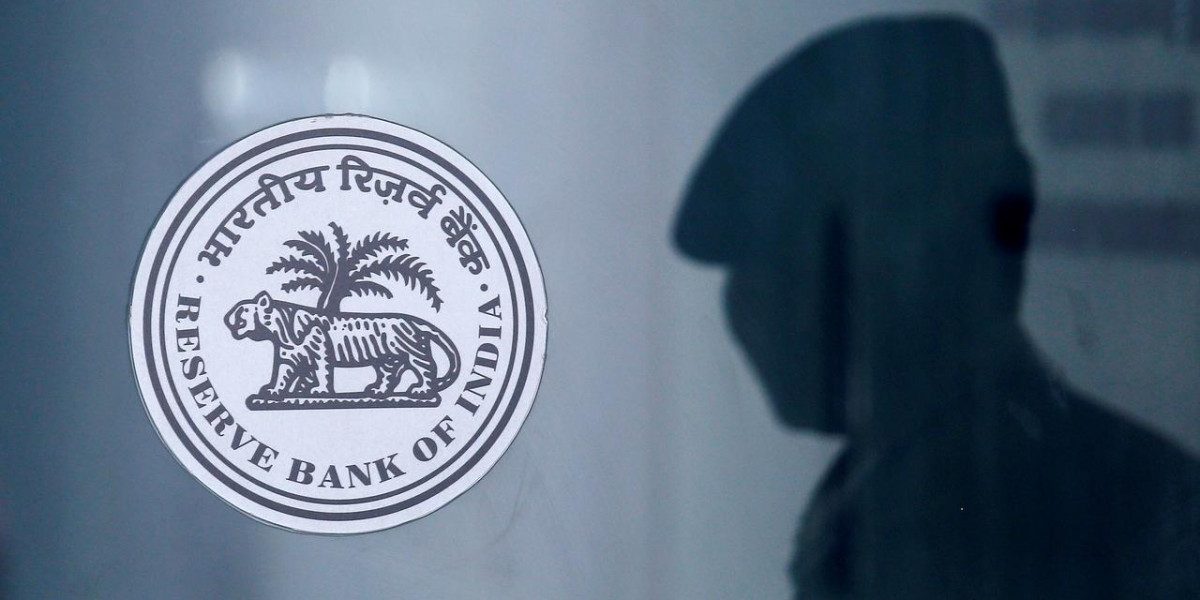 A security guard's reflection is seen next to the logo of the Reserve Bank Of India (RBI) at the RBI headquarters in Mumbai. Photo: Reuters/Francis Mascarenhas/Files

New Delhi: India’s top 30 defaulters account for a third of the gross non-performing assets (NPAs) in the banking sector, according to data obtained from the Reserve Bank of India (RBI) through a right to information (RTI) request.

According to data furnished by the RBI in response to an RTI filed by The Wire, the top 30 NPA borrowers account for Rs 2.86 lakh crore.

The central bank has, however, refused to divulge information on who these 30 accounts belong to, saying “the account-wise information is not available with us.”

The RBI’s refusal may run against the grain of a Supreme Court order earlier this year that demanded that the banking regulator be more forthcoming in disclosing the details of defaulters, among other issues.

Setting aside the legal issue though, the RBI’s reasons for not disclosing the identity of the top 30 NPA borrowers raise their own set of questions.

For example, if the banking regulator does not have account-wise information as it says, how then was it able to know which borrowers constituted the top 30 NPA accounts and provide the aggregate amount owed by these accounts?

The Wire had also asked the RBI for details of the top 30 wilful defaulters. That too was not provided, with the central bank saying, “The list of suit filed wilful defaulters 25 lakh and above is available in the public domain on the websites of Credit Information Companies.”

Reply Document by The Wire on Scribd

On April 26, the Supreme Court had directed the RBI to disclose annual inspection reports of banks and the list of wilful defaulters under the RTI Act. The SC had held that the RBI’s non-disclosure policy was in violation of a 2015 judgement of the court. The SC had also said that this was the RBI’s ‘last chance’ to comply and if the information continues to be denied, it could invite contempt of court proceedings.

RTI activist Subhash Chandra Agarwal is one of the petitioners in the matter in which the SC had issued the order. According to him, the RBI has ‘evaded responsibility’ by denying the information under the RTI Act.

“It is an eyewash and the RBI is evading responsibility. The RBI being the regulatory authority should have provided the required information by procuring it from the concerned body under provision of Sec 2(F) of The RTI Act. Moreover, such information in the larger public interest should be available with the RBI without even seeking it under the RTI Act,” Agarwal said.

While not strictly comparable, these NPA figures are 50% higher than the total farm loan waivers announced by states since April 2017, which amount to Rs 1.9 lakh crore.

The gross NPAs of these 30 accounts are also more than the total credit disbursed to the industries of wholesale trade, retail trade, commercial real estate, shipping, transport and industries described by the RBI as ‘medium industries’. 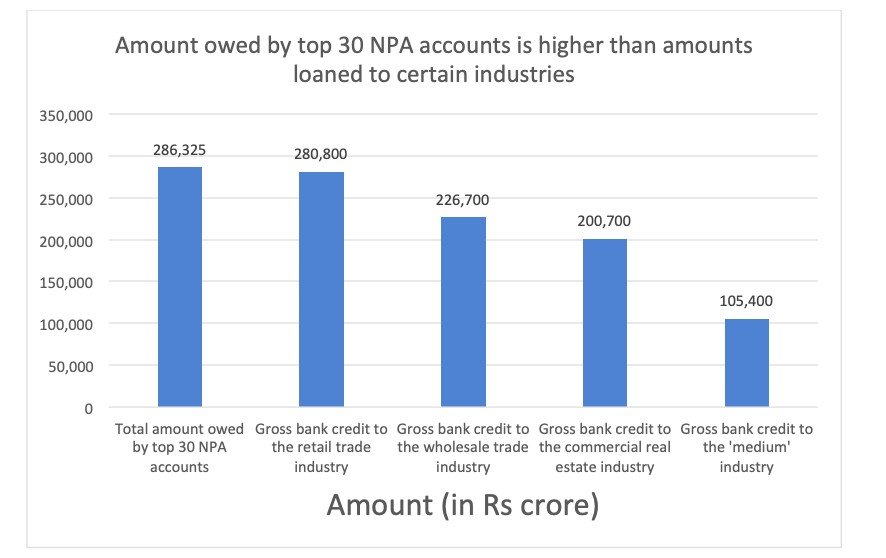 On average, each borrower owes Rs 9,544 crore. To put this in perspective, Kingfisher Airlines owes banks a total of around Rs 9,000 crores. The total amount owed by Jet Airways to banks is Rs 8,700 crores.

However, this could be akin to comparing apples and oranges as the size of companies among the top 30 NPA accounts are likely much larger than Kingfisher Airlines and Jet Airways. But this is unclear due to the RBI’s refusal to disclose account-wise data.

Earlier this month, Dheeraj Mishra of The Wire reported that 47% – or Rs 4.5 lakh crore – of gross NPAs are owed by the top 100 accounts. The RBI refused to provide details of the individual accounts to Mishra as well.

Now, with the new information provided by the RBI on top 30 NPA accounts, it becomes clear that NPAs are concentrated even more heavily, with 63% of the gross NPAs of the top 100 accounts being accounted for by the top 30 accounts.