Lending rates did not move down much after the first two rate cuts of 2019. 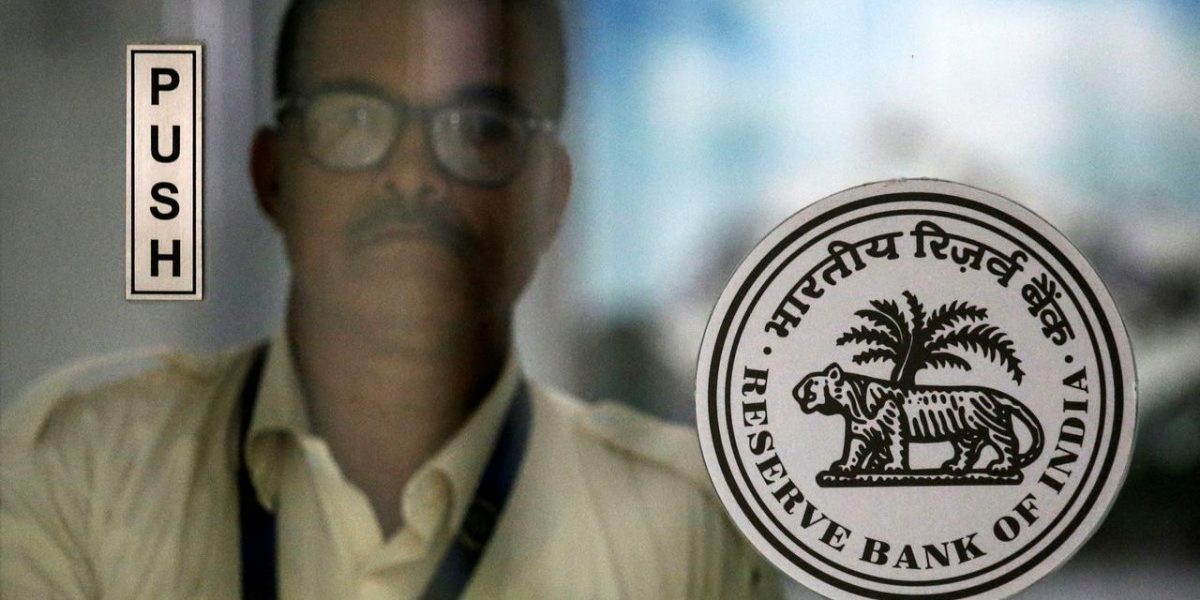 An employee walks behind the Reserve Bank of India (RBI) logo inside its headquarters in Mumbai, October 5, 2018. Image: Reuters/Francis Mascarenhas/Files 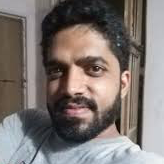 The Reserve Bank of India’s monetary policy committee (MPC) will meet this week, and is likely to reduce policy rate further to help revive the economy. Benign inflation and falling economic growth, as shown in Chart 1, are the basic indicators that make the case to continued easing of monetary policy. 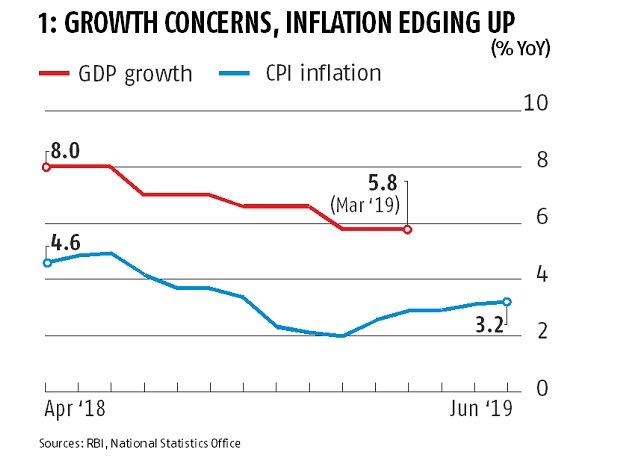 High frequency data point in the same direction. Production in core industries such as steel, cement, oil and coal grew at a paltry 0.2 per cent in June, lowest in more than four years (Chart 2). There is no growth in sight in auto sector either (Chart 3). A rate cut with monsoon getting better by the day (Chart 4) could help improve consumption. 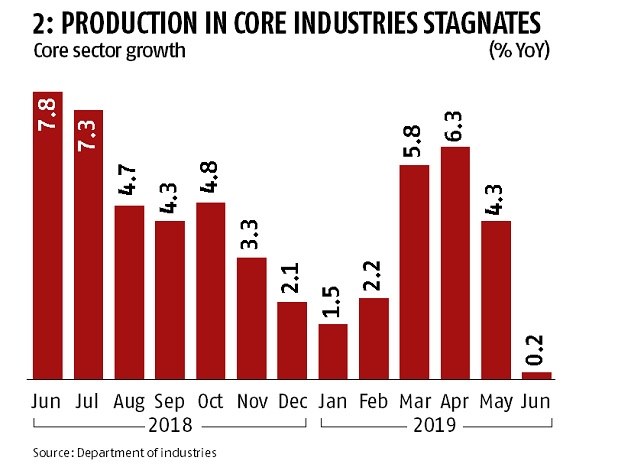 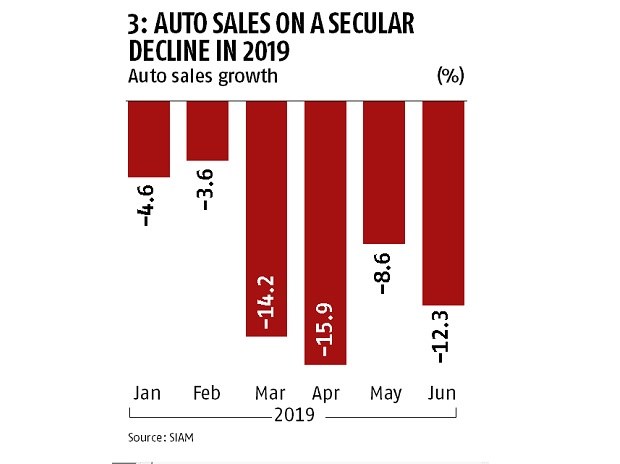 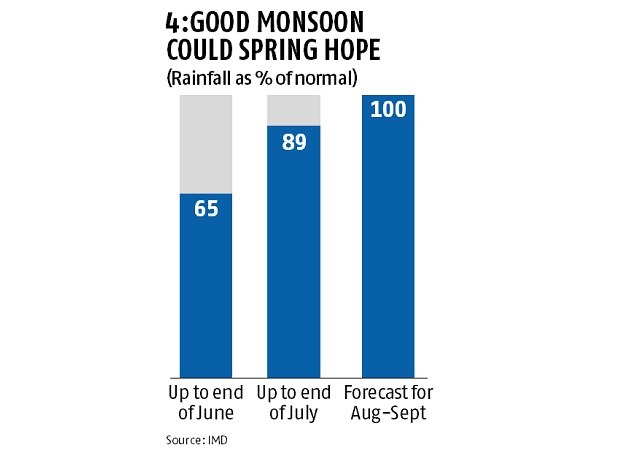 In addition to the fact that monetary policy is inherently limited in its efficacy to boost growth, monetary transmission has been poor in this cycle. Lending rates did not move down much after the first two rate cuts of 2019 (Chart 5). 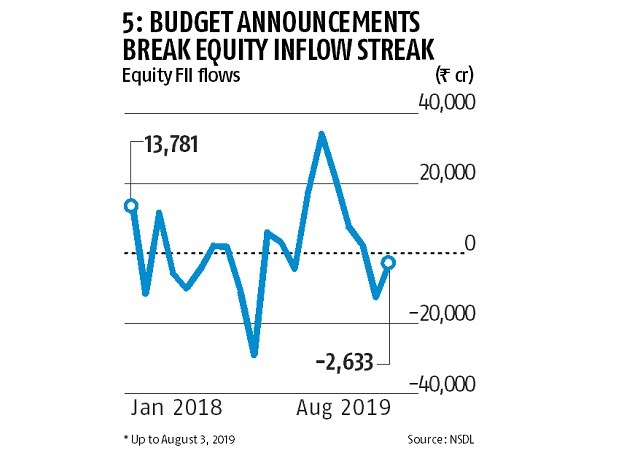 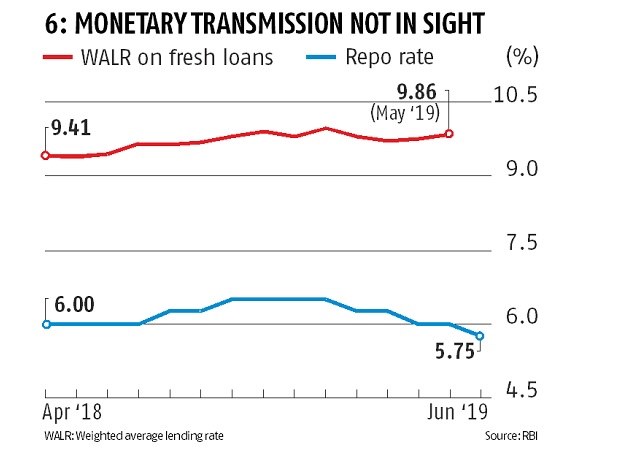 On the external front, the rupee has largely strengthened since October 2018 (Chart 6), one of the principal reasons being favourable to oil prices (Chart 7). But the strength of the rupee has made it more overvalued than before (Chart 8), affecting exports, which are a crucial catalyst for economic revival. 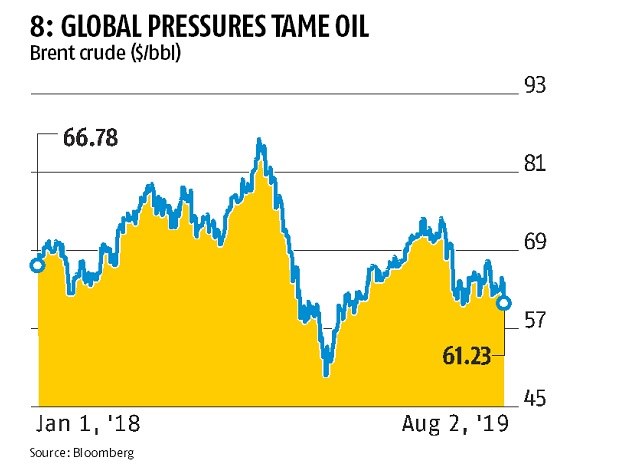 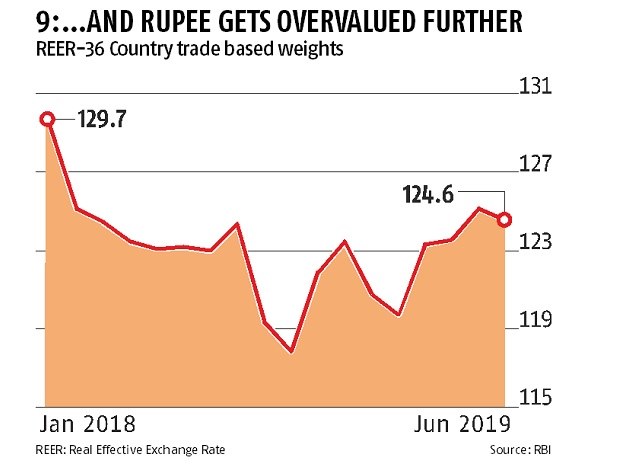