RBI vs Kotak: How a Ten-Year-Long Rope Finally Ran Out

On the contentious issue of promoter shareholding, court documents show that when the regulator gave an inch, the bank took a mile. 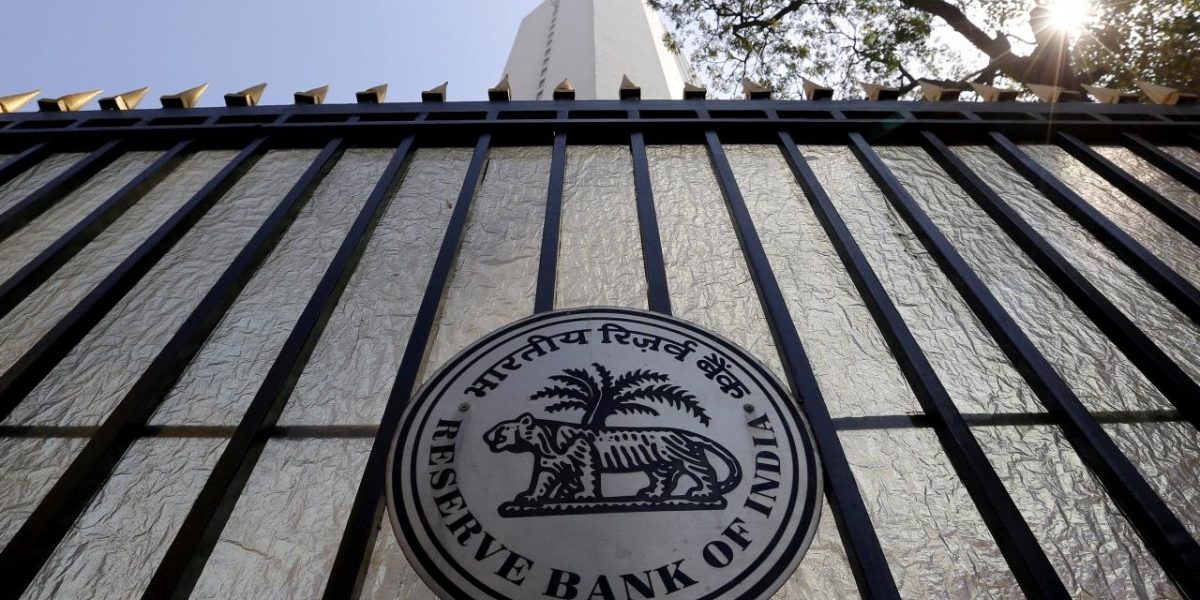 New Delhi: Kotak Mahindra Bank’s decision to take the Reserve Bank of India (RBI) to court over the contentious issue of promoter shareholding was preceded by the central bank slapping a show-cause notice on the private-sector lender and accusing it of “wilful non-disclosure of information”, according to legal documents reviewed by The Wire.

The notice, which threatened fines for allegedly keeping the central bank in the dark over the lender’s strategy for reducing the stake of its promoters, likely sent alarm bells ringing at Kotak and may have prompted its decision to move the Bombay high court.

The legal move comes at the end of a ten-year saga, which, according to court documents, saw both parties dance around a subject that became increasingly uncomfortable as time went on.

Also Read: In Back-and-Forth Between RBI and Uday Kotak, a Rs 15,000-Crore Lesson in Misgovernance

These details and more come from the writ petition filed by Kotak Mahindra Bank (KMB) two weeks ago. Enclosed in the petition is a treasure trove of correspondence between the regulator and regulated over the last decade – a conversation that is usually hidden from the public and from the prying eyes of the media and financial analyst community.

In this particular case, the back-and-forth shows how a contentious and thorny regulatory issue can play out in practice.

It also paints a picture of how the RBI gave Uday Kotak and the bank’s others promoters a particularly long rope, one that took nearly ten years – and over thirty letters, e-mails and other forms of correspondence – to run out.

By the time the Urjit Patel-led central bank exhausted its regulatory forbearance, the private sector lender took the unprecedented step of dragging it to court.

In its petition, Kotak has noted that the regulator’s actions against the bank for non-disclosure for complying with a reduction in promoter shareholding would be “without jurisdiction, wholly illegal, ultra vires the BR [Banking Regulation] Act, manifestly unreasonable, arbitrary, unfair, without the authority of law, and unconstitutional…”

While the broad contours of Kotak Mahindra Bank’s petition have been reported on by BloombergQuint, a more detailed examination shows the discretion the regulator took in granting the bank extension after extension, delaying the dilution of the promoter stake.

The letters reveal how reluctant the promoters were in reducing their stake, and how the regulator was either confused on how best to enforce its rules or was simply unwilling to discipline the bank.

When asked about the bank’s legal strategy, KMB’s chief communication officer Rohit Rao said that the company could not comment. 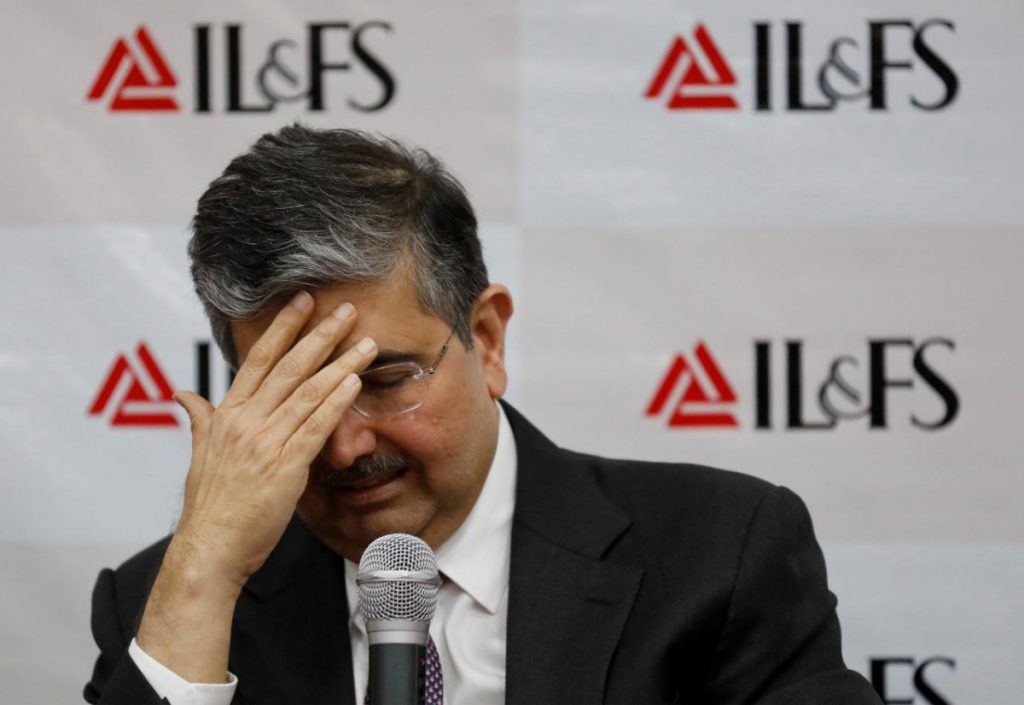 The RBI gave Uday Kotak and the bank’s others promoters a particularly long rope. Credit: Reuters

What sparked the fight?

Then, on February 28, 2005, the RBI issued ‘Guidelines on Ownership and Governance in Private Sector Banks’, in which it emphasised well-diversified ownership and control of private sector banks.

Nearly three years later, on February 7, 2008, the RBI instructed the bank to draw up a plan to reduce the promoter stake to 10%.

Herein lay the problem, as the promoter, Uday Kotak, was reluctant to lower his stake. He held the 49% minimum stake to be carved in stone, and claimed that the regulator could not change it, as it was on these terms he was given the license.

The correspondence reveals a long history of Uday Kotak not complying with the regulator’s demand that he lower his stake, and engaging in a protracted engagement to keep extending the deadlines.

“3. We observe that even though the bank has made a commitment to RBI that the aggregate holding of the promoters would be reduced to 49% by June 2007, it has not yet complied with the requirement even by the extended date of December 31, 2007. In the circumstances, you are hereby advised to ensure that the aggregate holding of the promoters is brought down to 49% of the bank’s paid capital, positively by March 31, 2008. You may please note that no further extension of time would be granted.”

“4. It is clarified that the bank’s promoters are expected to comply with the requirement by divesting part of their holding, if necessary, you may please note that the explanations offered by you in this context, vide your aforementioned letter, are not acceptable to us.”

“5. It may be noted that incidentally, the 5 year lock-in period from the date of licensing of the bank, for the 49% holding of promoters has expired. Hence, the prescriptions on diversified ownership laid down in the Ownership & Governance Guidelines issued by RBI on February 28, 2005 are now applicable to the bank. You may draw up a time bound action plan as prescribed vide paragraph 9(III) of the said Guidelines, towards reduction of the promoters’ holding to 10% of the paid-up capital of the bank and submit the same to the RBI by February 29, 2008.” ( Exhibit ‘F’ , emphasis added)

Not only was Kotak unwilling to reduce his stake but was even reluctant to provide an action plan to the RBI for reducing his stake.

“2…You are also advised to give a time bound plan for further dilution of the promoter’s stake in the bank so as to conform to the O & G [Ownership & Governance] guidelines dated February 28, 2005.” (Exhibit ‘H’)

And again, 8 months later in a letter dated October 29, 2010 addressed to KMB the RBI said,

“2…we note that you have not yet submitted the time bound road map called for vide our above letter [March 5, 2010]” (Exhibit ‘J’, emphasis added )

“…the combined holding of the promoters and the Anand Mahindra (group) has been reduced to below 49% by the stipulated date of October 31, 2010.” (Exhibit ‘K’)

KMB had originally assured the RBI that the 49% promoter holding would be achieved by June 2007 and finally it was achieved more than three years later, without any form of censure.

The extended timeline to get the Kotak family to reduce their stake to 49% was a prelude to the next step of reducing the stake to 20% and thereafter to 10%.

KMB’s reply in a letter dated April 29, 2011 assured the regulator,

KMB’s response to the RBI on January 16, 2012 warned that such a dilution would entail a huge unwarranted expansion in its capital despite having a tier 1 capital of 15.9% as on September 30, 2011 and that a sale of 35% of the bank’s capital by the promoters could lead to a loss of confidence among stakeholders.

But nevertheless, KMB assured the regulator that their roadmap for promoter dilution was:

Replying to KMB, the RBI revised its own earlier directive by providing an extension of four years in a letter dated June, 26, 2012

More than four years later, when the promoter holding had fallen to 33.6% after its merger with ING Vysya Bank, KMB had second thoughts about meeting the 30% holding by December 31, 2016.

But KMB pleaded for an extension of the interim target of 30% and in a letter dated December 13, 2016 to the RBI stated,

“we wish to reaffirm our commitment to work within the RBI framework and the law at all times,” and argued that the consolidated balance sheet and market capitalisation of the bank had increased manifold in the past 13 years, which the bank could not have anticipated in 2012 and on account of global and domestic events, the dilution of 3.5% till the end of December was an “impossibility”. (Exhibit ‘GG’ p. 398 writ petition)

On January 30, 2017, the RBI again extended the time line for KMB and stated (Exhibit II),

But warned, “Non-adherence to the above timelines would invite regulatory restrictions on the bank.”

KMB achieved 30% promoter holding by May 25, 2017, and by early 2018, the RBI had apparently decided to start tightening the screws to prevent any further extension. In a letter to KMB dated February 12, 2018, the RBI said,

“the bank is advised to submit…proposed course of action/plans/strategy of the bank to complying with the timelines for dilution [i.e. 20% by December 31, 2018]” (Exhibit LL p. 404 writ petition)

“[dilution of promoter shareholding of the bank] is being taken up by our board of directors at their meeting March 17, 2018. We will respond to the RBI thereafter.” (Exhibit ‘MM’ p. 405 writ petition)

“you will appreciate that any plans/action/strategy which impact the shareholding of the Bank can only be disclosed once they are approved by the Board and disclosures made in accordance with law especially since we are a listed entity. These decisions will be made as may be required by the Bank in discharge of its commercial, fiduciary and lawful obligations and requirements.” (Exhibit ‘NN’ p. 406 writ petition)

The RBI reply on April 13, 2018 acknowledged market sensitivities but emphasised,

“the purpose of our letter was to underscore the fact that another milestone in this regard is fast approaching and timely steps need to be taken by the bank to avoid seeking extension of time. We felt it appropriate to convey this to you so that the board pursues this matter for achieving the required outcomes in a timely manner and conveys to us the commitment to achieve the dilution as per the timelines stipulated.” (Exhibit ‘OO’ p. 407 writ petition)

On August 2, 2018, KMB stunned the RBI when it announced an issue of Rs 500 crores of Perpetual Non-Cumulative Preference Shares (PNCPS), effectively a form of debt which carries no voting rights, and as a result of it, the promoter holding came down to 19.7% of paid-up capital. This clearly went against the spirit of the RBI regulation, which was to diversify ownership and control.

On August 13, 2018, the RBI sent a stern letter to KMB documenting the slight of not being informed of the PNCPS as a means to reducing promoter holding and said,

“You had further assured that the bank would keep us informed of further developments in this regard…We have taken serious exception to this, which amounts to wilful non-disclosure of information sought by the Reserve Bank. [emphasis in original]” (Exhibit QQ p. 410 writ petition)

The RBI letter also stated that the PNCPS did not alter the promoter shareholding.

Kotak-RBI correspondence by on Scribd

The RBI did not pay heed to KMB’s clarifications, and on October 29, 2018 issued a show cause notice (SCN) to the bank for non-compliance with RBI Directions under Section 35A, 46 and 47A of the Banking Regulation Act, 1949. The specific charges relate to the RBI not being informed about the PNCPS for diluting the promoters’ stake despite the RBI informing the bank to provide an action plan to comply with the RBI’s norms for diluting the promoters’ stake.

Also Read: Having Tackled Yes Bank, Will the RBI Take On Kotak’s Defiance?

The bank’s detailed response to the RBI’s SCN on November 19, 2018 was a prelude to its writ petition, as it challenged the legality of the SCN, stating it is “without jurisdiction and not maintainable in law.” It also stated that the letter by RBI of April 13, 2018 reminding the bank of the December 2018 deadline was a mere reminder and did not constitute a regulatory direction, the non-compliance for which the bank should be penalised.

KMB, perhaps realising that the regulator was on the brink of penalising the bank for non-disclosure of information sought by the RBI and for failure to dilute their holding to 20% by December 31, 2018, decided to file a writ petition against the RBI in the hope of getting a stay from the Bombay high court.

Unfortunately for KMB, the Bombay high court on December 17, 2018 refused to give the bank a stay, and kept the case for hearing on January 17, 2019.