The RBI has now raised rates by a total 190 basis points since its first unscheduled mid-meeting hike in May but inflation continues to remain stubbornly high – a phenomenon that is affecting much of the global economy. 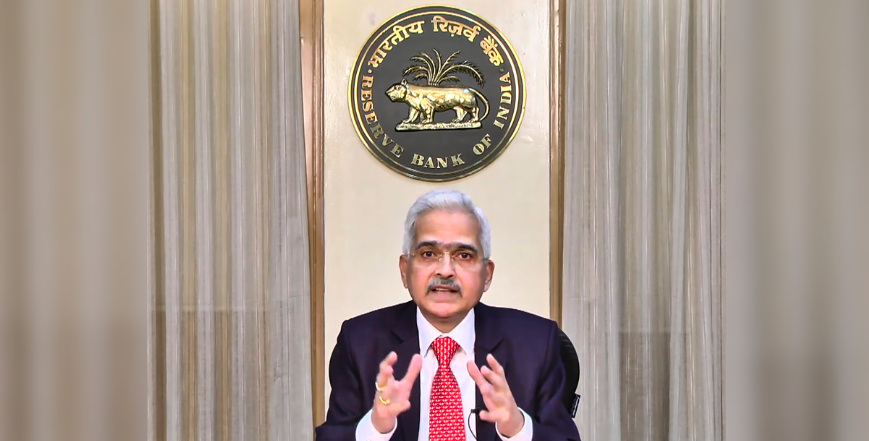 The monetary policy committee (MPC), comprising three members from the RBI and three external members, raised the key lending rate or the repo rate to 5.90% with five out of the six voting in favour of the hike.

The RBI has now raised rates by a total 190 basis points since its first unscheduled mid-meeting hike in May but inflation continues to remain stubbornly high – a phenomenon that is affecting much of the global economy.

“In this backdrop, MPC was of the view that persistence of high inflation, necessitates further calibrated withdrawal of monetary accommodation to restrain broadening of price pressures, anchor inflation expectations and contain the second round effects. This action will support the medium-term growth prospects of our economy,” he added.

Das also announced that the RBI has cut its economic growth projection for the financial year of 2023 to 7% from earlier estimate of 7.2%.

Also read: Why India’s Growing Current Account Deficit Could Prove to Be the Achilles’ Heel for RBI

The US Federal Reserve’s relentless and aggressive interest rate hikes over recent months to curb inflation have battered the rupee, and most other emerging and developed market currencies.

“There is 67% decline in forex reserve this year due to change in valuation of foreign exchange rate,” Das said.

Policymakers around the world are grappling with a sweeping shift away from their respective currencies and into the safe-haven dollar, raising worries of capital outflows and further damage to their economies.

Economists say the RBI too would need to focus on ensuring the interest rate differential is not too low.

India’s annual retail inflation rate accelerated to 7% in August, driven by a surge in food prices, and has stayed above the RBI’s mandated 2-6% target band for eight consecutive months.

Inflation projection for FY23 was retained at 6.7%, Das announced.

The benchmark 10-year bond yield eased marginally after the RBI’s decision to 7.3737% at 0440 GMT while the partially convertible rupee weakened to 81.63 per dollar, from 81.57 prior to the policy decision.

(With Reuters and PTI inputs)