If the trust deficit between the common depositor and the broader system widens, it will have serious consequences for the nation. 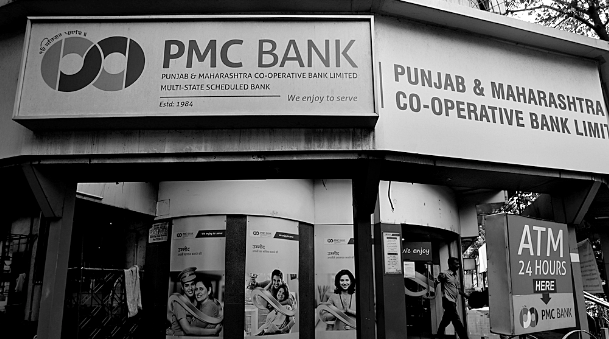 A man walks out from a PMC Bank branch in Mumbai. Photo: Reuters/Francis Mascarenhas/File Photo

Even as the so-called partners in alliance BJP and Shiva Sena are engaged in an open power struggle after the assembly polls in Maharashtra, the unfolding crisis at Punjab and Maharashtra Co-operative (PMC) Bank is worsening by the day, pushing common depositors into a deep misery that they had never bargained for.

The bank hit national headlines when fraud worth Rs 6,500 crore by promoters of Housing Development Infrastructure Ltd (HDIL) was detected. More than 70% of the co-operative lender’s total loan book allegedly had an exposure to HDIL. With authorities ordering a freeze on withdrawals by depositors, the situation is turning murkier by the day.

In the meanwhile, reports of the deaths of a few shocked depositors have only added to the aggravated pains of the depositor-community. What will happen to depositors and their money?

In the wake of the PMC imbroglio, there have been calls for increasing this ceiling, which was fixed very many years ago and is laughable in the current times. In fact, immediately in the wake of the crisis, private lender HDFC Bank went viral by obliquely informing its depositors of the existing Rs 1 lakh protection.  This information, which spread through WhatsApp, predictably pressed the panic button and the bank had to quickly recall this information.

India’s investigating authorities, no doubt, will dip deep into the fraud at PMC. And, in the meanwhile, voices will get shriller for a legitimate and practical protection for depositors’ money in the bank.This is well nigh understandable.

But more than the debate on the right protection level,  the PMC imbroglio has triggered a certain kind of fear across the spectrum.

And, this fear – if it is not assuaged – will trigger a kind of no-confidence in the system. Very many summers ago, the government did step in to the rescue of the Units 64 holders when the Unit Trust of India (UTI), which was under the government then, faltered in its commitment.

In the 90s, the NBFC (non-banking finance companies) sector went through a turmoil when finance companies of unincorporated kind played pied-piper on gullible depositors especially in Tamil Nadu by offering unimaginable interest rates by unleashing strong ad campaigns in publications.

The Reserve Bank of India (RBI), the banking regulator, woke up fairly late. By the time it initiated action, the damage was enormous. And, one saw a slew of toughening measures from the RBI following the havoc unleashed by those unincorporated finance companies.

Like the RBI, the rating agencies too, more often than not played, only a reactionary role. Be it in the infamous Satyam case or in the latest IL&FS episode, the reactionary initiatives of the RBI and raters cannot be beyond scrutiny.

Punjab National Bank, PMC and even in IL&FS – the inference can only be that the regulator has not really kept its eyes on automatic detection system.

Somewhere along, the supervision mechanism has failed in all these instances. Arguments and excuses notwithstanding, the happenings in the PMC will trigger a new round of investigations and fresh rules.

The fact, however, is that PMC-like episodes will slowly chip away the confidence of the people in the banking system. For long, a high savings rate was touted as a significant strength of the Indian financial system. People, especially senior citizens, have always viewed banks and other sovereign institutions such as Life Insurance Corporation of India (LIC) with an enormous amount of trust. This wasn’t built up one day, but can come crashing down in a surprising short period.

If the trust deficit widens, that is unlikely to do any good to the nation as a whole.What is the guarantee that this will not push people slowly to hold more cash?

Common citizens cannot be faulted for demanding the safety of their hard-earned money parked in banks.