The Thin Line Between Exuberance, Incompetence and Corrupt Lending in India Banking

Rajan's note on NPAs should ring true for most stakeholders of the banking community. How many of us are guilty of the unhealthy exuberance he talks about?

Raghuram Rajan’s note to the parliamentary estimates committee on non-performing assets (NPAs) in India’s commercial banks is a remarkable document for several reasons.

One, it is marvellously well-constructed, pithy and comprehensive at the same time, completely free from standard officialise which prefers to hide behind jargon or generalisations rather than stating its case upfront. Two, in a mere 13 pages of double-spaced large-font printed matter, it manages to provide a stunning overview of this very vexed subject that is at once broad and detailed.

It is a very notable contribution to the study of the Indian commercial banking landscape in recent years, more particularly of the public sector banking space.

Even more importantly, the note is a searching critique of the neoliberal model of development that the economic policy of the Indian state has chosen to espouse. Rajan speaks unhesitatingly about how some large corporate houses have gamed a system that thrived on an unhealthily, and unsustainably, exuberant banking sector; of a government that failed both in the framing of policy as well as regulating stakeholders in accordance with whatever policy happened to be in place at the material time; of how the Indian financial system deluded itself into believing that it was, at the same time, both integrated into global markets and happily immune to the contagion spreading from those markets.

Indeed, the paper makes no bones about the fact that unscrupulousness and irresponsibility – and plain greed – have driven a significant part of the industrialisation initiative that we in India take so much pride in.

It is not easy to think of another public policy administrator anywhere who has been so scathing in his criticism of a system of which he himself has been an important part for a number of years.

In a series of articles that The Wire carried in March, 2018, I had argued that a lethal cocktail of neo-liberal zeal, unprofessional bank boards and the mindless worship of top-line growth has steadily undermined our public sector banks in the post-1991 era. My observations were based on a ringside view gained over the more than three decades I spent inside the system.

I had talked about how even outstanding banking professionals often ended up being caught in ‘the growth vortex’ which did no good to anyone in the end, least of all the banks that they so faithfully, and ‘honestly’, served. I can easily see why Rajan writes in his note that “it is hard to tell banker exuberance, incompetence and corruption apart” in many cases of aggressive bank lending. As acute and perceptive an observer as he is, Rajan could not but be intrigued by how professional bankers approached their loan books in a patently unprofessional manner in a large number of cases. I freely confess to my own sense of bewilderment at what many of us, completely incorruptible in the usually-accepted sense of the word, were cheerfully doing as the sordid drama of ‘limitless growth’ played out in the early years of the new millennium. 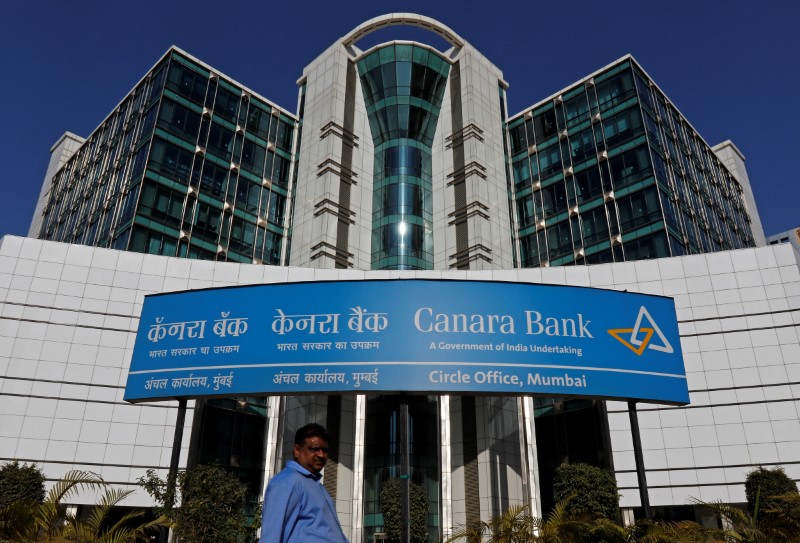 The country’s political class will not find it easy to deal with this report. When the ex-RBI governor talks about how “(a) large number of bad loans were originated in the period 2006-2008 when economic growth was strong”, the words warm the cockles of some hearts, for obvious reasons. These same hearts, though, grow somewhat wary at the mention of “a list of high profile (fraud) cases to the PMO urging that we coordinate action to bring at least one or two to book”, because Rajan goes on to say, quite candidly, that he was not “aware of progress on this front”.

I happen to have seen the list of these cases of loan-related bank fraud going around various in media platforms. Nearly all of them have been known to be fraudulent loan accounts/ transactions for several years now, with enquiries by different investigative agencies going on with waxing and waning degrees of urgency, but I will be surprised if the letter that the former central bank governor refers to would have been dated prior to 2015. My enquiries with serving bank officers in very senior positions in different banks strengthen this impression. But, let us also not forget that the fraud cases are not necessarily the largest NPAs in the system. In fact, they are not, though a significant number of the ‘non-fraudulent’ NPAs, including some of the biggest fish in the basket, will find it hard to contest the claim that what they were busy doing all those years was pushing the limits of legality all the time.

I remember one of my earliest days as the General Manager (Credit) of a bank when I was required to present a loan proposal to the board for approval. Obviously, I cannot name the borrowing company (which already was one of the bank’s existing clients), but I was not aware of the very unsavoury credentials of a company of the same group. A board member, himself an ex-banker, politely reminded me of a past transaction involving that company in which another public sector bank had burnt its fingers badly some years earlier. This was news to me, and I was considering withdrawing the proposal for the time being. However, a lively discussion ensued, in which – if my memory serves me right – even the RBI’s nominee participated. In the end it was determined that one, the fraud had occurred a long time ago, when the group was still struggling to find its feet, and two, they had learnt their lessons and had thereafter scrupulously treaded the straight and narrow path. It seemed the perfectly right thing to do, and we went ahead and took the approval on board.

For many years subsequently also, the group was considered credit-worthy by nearly every bank in the country and their borrowings soared. When the new Insolvency and Bankruptcy (IBC) dispensation kicked in, however, the group was one of the first names to be referred to the National Company Law Tribunal (NCLT) for disposal.

I cannot help going over that incident endlessly in my mind even today: were we guilty of the unhealthy exuberance that Rajan talks about, something that I have written about myself a number of times?

The case of Reliance and Alok Industries

About the efficacy of the IBC Act, Rajan makes a very telling comment. “Bankruptcy Court”, he says, “should be a final threat, and much loan renegotiation should be done under the shadow of the Bankruptcy Court, not in it”.

Somewhere else in the note he explains why: “The Bankruptcy Court is being tested by the large promoters, with continuous and sometimes frivolous appeals. It is very important that the integrity of the process be maintained, and bankruptcy resolution be speedy, without the promoter inserting a bid by an associate at the auction, and acquiring the firm at a bargain-basement price”. His apprehensions are well-founded.

One of the first cases to be settled under the new IBC dispensation was that of Alok Industries Ltd, where the Reliance Industries-JM Financial ARC combine bought off the company at an incredible 83 per cent haircut, agreeing to pay Alok’s lenders a sum of Rs 5,050 crores in full and final settlement of an aggregate loan liability of Rs 29,500 crores. Interestingly, the provisions of the Act were amended around the time that this very deal was being negotiated and renegotiated over and over again. While the Act originally stipulated that a minimum of 75% (in value terms) of the lenders needed to agree to a settlement structure, the relaxed norms scaled the threshold down to 66%. The Reliance-JM bid had managed to scrape together a 71% lender agreement, after painfully protracted negotiations. This, of course, was not a case of an associate of the original promoters bidding for the bankrupting company, but the haircut is considered by many professionals as the stuff of legend. 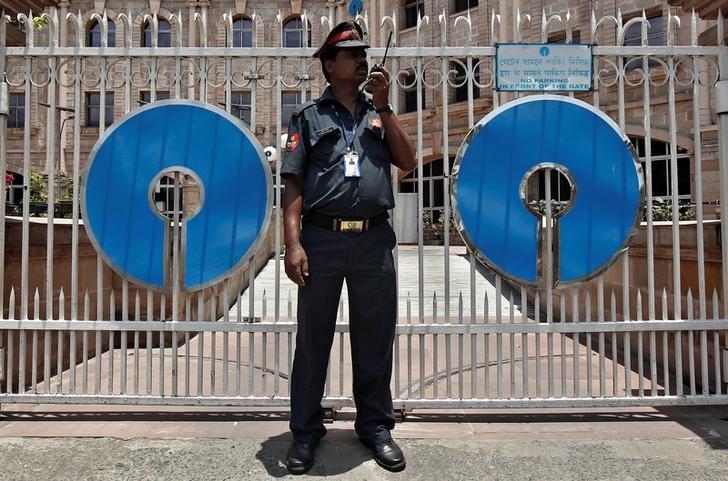 A security personnel stands guard in front of the gate of the State Bank of India (SBI) regional office in Kolkata May 23, 2014. Credit: Reuters/Rupak de Chowdhuri/Files

Rajan meticulously traces the history of burgeoning NPAs through the high-growth as well as the slump/crisis years. With equal care, he sets down why he, as the RBI governor, had initiated the Asset Quality Review (AQR) process and how the AQR exercise succeeded in achieving its immediate objective: that of having the banks come (more-or-less) clean with their recognition/identification of NPAs. He points to the way forward, too, in clear terms. And what must have been the hardest part of writing this note – that about what the RBI, under him, could have done differently – he also handles creditably. He says that, looking back, he thinks that the RBI should perhaps have red-flagged the problematic lending spirals early on. Also, that “we should probably not have agreed to forbearance”, meaning that it might have helped if the RBI had thought of forcing the pace of the AQR or a surrogate review.

There are one or two minor errors in his submission that may have been the result of a somewhat infelicitous phrasing rather than anything else. “As NPAs age”, says section 7 of the note, “they require more provisioning, so that projects that have not been revived simply add to the stock of gross NPAs. A fair amount of the increase in NPAs may be due to ageing rather than as a result of a fresh lot of NPAs”. Which, of course, is not quite an accurate statement. Ageing adds to the provisioning requirements no doubt, but it does not add to the corpus of NPAs as such.

In the end, Rajan’s note is a document that should be treasured as much for its plain-talking candidness as the complete sincerity of its tone. It is a masterly testament of intent of a beleaguered central bank in a scenario of a banking sector besieged by an existential crisis. For the present writer, however, this will remain a memorable episode for another reason. Here is an ex-central banker in a market-friendly economic system who is virtually lighting the fuse under the philosophy of the free market, and calling the system out on its stupidities and inefficiencies.

Finally, the document has a moral underpinning which is hard to miss. To his great credit, Raghuram Rajan reasserts the primacy of moral judgment in all major decisions involving the distribution of wealth in a community.

Anjan Basu worked for one of India’s largest commercial banks in several senior assignments across the country as well as overseas for over three decades. He can be reached at basuanjan52@gmail.com