Eleven PSBs have seen an erosion of anywhere between 11.37% to 75.5% in their market capitalisation. 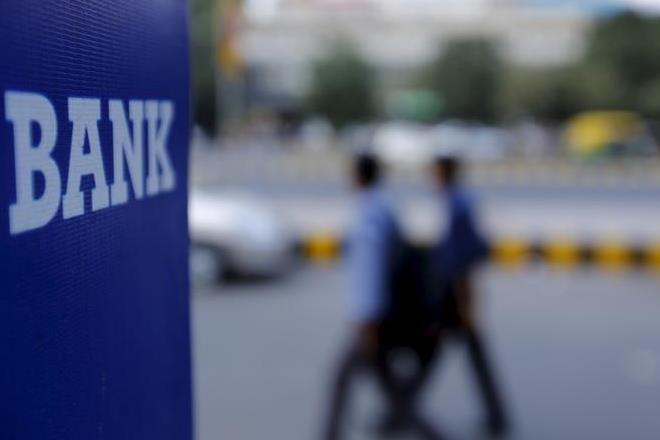 New Delhi: The combined market value of all listed public sector banks has plummeted below that of one private lender – HDFC Bank – in a development that raises questions over the efficacy of reform measures like the Indradhanush scheme and the Insolvency and Bankruptcy Code (IBC) unveiled by the NDA government.

The Wire examined the stock market performance of 14 public sector banks (PSBs). Out of this total, eleven banks have seen erosion of anywhere between 11.37% to 75.5% in their market cap, with smaller ones like Dena Bank, Oriental Bank and Allahabad Bank being among those hit hard.

Dena Bank has lost as much as 75.5% of its market value, with Oriental Bank slipping by 68% and Allahabad Bank losing 60%.

Only Indian Bank and Vijaya Bank have bucked the market trend.

In contrast, most private banks have seen impressive increase in their market cap during the period. For example, HDFC Bank’s market value has jumped by 135% to Rs 4,87,256 crore. The market cap of Axis Bank and ICICI Bank has risen by 43% and 22% respectively.

But the ground reality has hardly changed. Take, for example, the much-hyped Indradhanush scheme launched by the government in 2015. The seven-point scheme promised to revamp the functioning of PSBs but has failed to live up to expectations.

The seven elements of the scheme include appointments, the Banks Board Bureau, capitalisation, de-stressing, empowerment, framework of accountability and governance reforms.

With former Comptroller and Auditor General Vinod Rai as its first chairman, the Banks Board Bureau replaced the erstwhile appointments board. However, by all accounts, the bureau has failed to make a difference on the ground.

The scheme also failed to properly assess the PSBs’ additional capital requirement. It pegged the capital requirement of state-owned banks at Rs 70,000 crore over 2015-19. Under the scheme, PSBs are required to raise Rs 1.10 lakh crore from markets, including follow-on public offer, to meet Basel III requirements, which would kick in from March 2019.

However, only a few large PSBs could hit the market.

What illustrates the shortcomings of the Indradhanush scheme is the fact that the government was forced to announce another Rs 2.11 lakh crore recapitalisation plan for PSBs last October.

The impact of IBC, Modi government’s another flagship reform that was touted as a game changer for the banking sector and came into effect in December 2016, is yet to be felt on the ground.

The risk of litigation flagged by experts in ongoing bidding for Essar Steel assets shows that corporate insolvency resolution is going to be a messy and protracted process.

The government amended the Insolvency and Bankruptcy Code (IBC) last November to bar wilful corporate loan defaulters from bidding for their own assets. But now it turns out that the legal filter is not impenetrable for unwelcome suitors. At least, that is the impression that one gets from expressions of interest (EoIs) submitted for assets of Essar Steel.

Nu Metal and ArcelorMittal are the two players that have submitted EoI for Essar Steel assets. But prima facie, both are ineligible to participate in bidding if we go by the amended IBC Code.

Nu Metal is a consortium led by VTB Capital, and involves as partner Rewant Ruia, the youngest scion of Essar Group. Barred from bidding by the amended code, Essar Steel promoters have found this ‘innovative’ way to try their luck at getting their assets back.

ArcelorMittal’s bid too is seen as legally untenable as it was the promoter of bankrupt Uttam Galva Steel when it submitted EoI for Essar Steel assets. Lakshmi Mittal, Chairman and CEO of ArcelorMittal, recently met Finance Minister Arun Jaitley, in what is being seen as an attempt to push ArcelorMittal’s bid through.

Numetal has released a detailed statement on its intent for Essar Steel, apparently in an attempt to dispel the flawed public impression about its EoI.

Why growing clamour for privatisation of PSBs?

In the wake of PNB scam, a case is being made for privatising PSBs. Their mounting bad loans, which stood at Rs 7.34 lakh crore as the end of September 2017, are being cited to buttress the case for changing ownership of state-owned banks.

The argument being given is that entry of private players would make banks more vigilant and less-risk prone.

However, if we look closely at the trend in the Indian banking sector, an informal privatisation of state-owned banks is already under way, with private players eating into the market share of PSBs in terms of loan assets.

Reeling under bad loans, PSBs have been reluctant to sanction fresh loans. Private players have stepped into the hole left behind.

Going by the current trend, the market share of private sector banks in banking sector advances is expected to increase to 38%-40% by FY’ 2020, said credit rating agency Icra in a recent report.