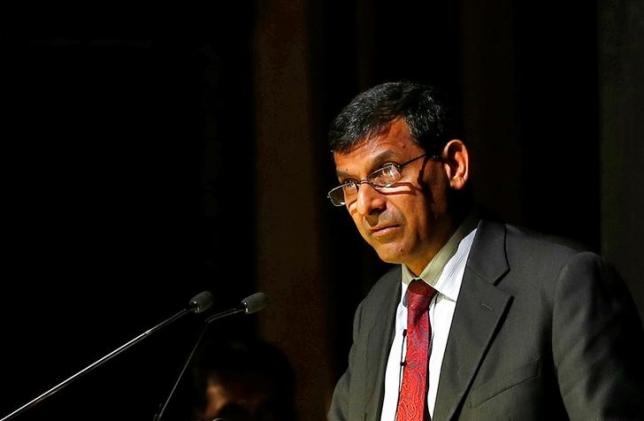 Some senior BJP leaders have launched a campaign, both overt and covert, to oust RBI Governor Raghuram Rajan – who completes his three year term in September this year. The most vocal campaigner is Rajya Sabha MP Subramanian Swamy, who has publicly said Rajan must be removed as he is “wilfully and deliberately wrecking the economy”. Swamy has written to the prime minister saying Rajan is “mentally not fully Indian as he is on a green card provided by the US”.

Swamy has urged the prime minister to terminate Rajan’s appointment in the “national interest”. The MP is publicly vocal about his demand for Rajan’s removal but many senior BJP ministers, especially those handling economic portfolios, have been privately murmuring about Rajan not being the right person to lead the RBI – which is mandated to combat inflation and to provide a supporting environment for growth and financial stability. Last year, a top economic minister informally told some journalists in parliament that the two people responsible for the economy not taking off are Rajan and Rahul Gandhi, one for not sharply reducing interest rates and the other for not letting the GST bill pass in the Rajya Sabha.

Oddly, while some economic managers of the government see Rajan as incompetent, the community of global investors and independent economic analysts is full of praise for the way the RBI governor has calibrated interest rate cuts. By and large, even the opposition parties have been generally positive about the calming effect provided by the RBI governor in rather turbulent times faced by the global economy. So the renewed attempt by some BJP leaders to blame Rajan for the economy’s stagnation will not wash. In fact, the prime minister’s silence in this regard will send a bad signal to the global investing community.

One must also not forget that domestic corporates have been lobbying very hard for sharper cuts in the interest rate to improve their profitability. The RBI has held that it could cut rates sharply only if inflation, especially food inflation, were to fully stabilise at lower levels. Besides, the RBI has also argued that a sharp reduction in lending rates would necessitate equally sharp cuts in deposit rates, which will erode the incomes of fixed deposit holders and small savers who depend on interest income for survival. Rajan has also strongly argued that the gradual reduction in interest rates by 150 basis points which the RBI has done over the past many months hasn’t got fully transmitted to the borrowers as massive bank funds lent to businesses — Rs. 10 lakh crore by one estimate— are seen as problematic and could turn into non-performing assets.

While this debate has been raging for the last year two years, ever since the NDA came to power, Rajan has stood his ground and plumped for a very calibrated reduction in rates to help control inflation and maintain the broader stability of the financial system as well as the rupee – which was prone to immense volatility due to the highly uncertain behaviour of the global economy, especially China. He forced the government to adopt a tight fiscal regime as a condition for cutting interest rates in a calibrated manner. Many disagreed with Rajan over adopting a strict fiscal path when the economy was crying for a bigger dose of public spending.  Chief economic adviser Arvind Subramaniam was a big proponent of slowing the pace of fiscal correction but the finance minister eventually chose to follow the Rajan line.

The finance minister had publicly claimed that he was on the same page as Raghuram Rajan in regard to the the interface between fiscal and monetary policies following the budget presentation in February. Therefore, it is curious that backroom murmurs have gathered new momentum for terminating Rajan’s contract after he completes his three-year term in September.

Burden of past precedent

There could be a reason for the rising chorus, both overt and covert, against Rajan. It has become a convention of sorts that the RBI governor serves a five year term. The previous four governors – D. Subbarao, Y. Venugopal Reddy, Bimal Jalan and  C. Rangarajan – all served five years but in a format of 3-plus-2 years. The only exception to this was Venugopal  Reddy, whom finance minister Jaswant Singh decided to give a full five years, arguing it would lend stability to the institution.

So there might be a widespread expectation that Raghuram Rajan should also get five years, especially since he has been hailed as one of the best central bank governors in the emerging market economies. If he is not given another two years, the global investing community will be disappointed, to say the least. There would be even more disappointment if the replacement for Rajan is someone whom Swamy would consider “mentally Indian” but not all there in terms of the complex job requirements. If truth be told, the perception across policy makers and businesses around the world is that the RBI governor has been one of the sanest influences on the Indian economy so far. If he is not given an extension, it would be seen as a case of premature sacking, especially in the backdrop of the conspiratorial noises being made against him within the establishment. And mind you, it is not just Subramanian Swamy but several ministers in the cabinet who privately oppose an extension for Rajan. The prime minister’s mind is not known yet on the matter. Until sometime ago, it was believed that Modi respected Rajan’s professionalism.

But now things may seem up in the air. And the government might just end up cutting its nose to spite its face by not letting Rajan have another two years, as is customary.