IL&FS Controversy: Centre is Paying Up on Sovereign Guarantees to ADB, KfW for Group's Loan 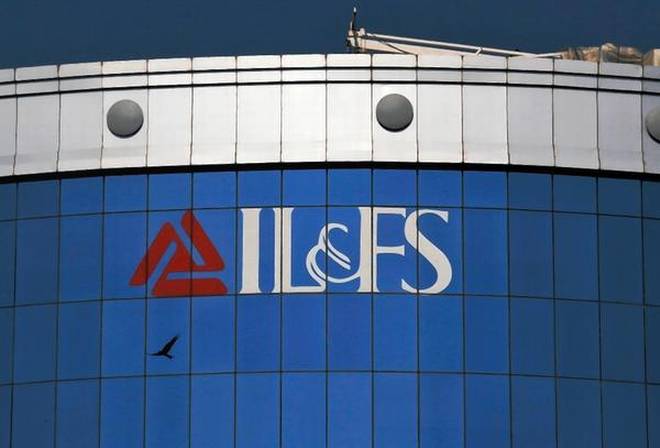 Mumbai: In a shocking revelation of new information, it turns out that the Indian government in 2009 issued a sovereign guarantee on behalf of Infrastructure Leasing & Financial Services (IL&FS), which is at the centre of what is fast turning out to be one of the country’s biggest financial scandals.

IL&FS is a shadowy private company, which has been run by a cabal headed by founder, Ravi Parthasarathy, for almost 25 years.

These guarantees have been issued on behalf of Asian Development Bank (ADB) and KfW (Kreditanstalt für Wiederaufbau of Germany). Since IL&FS is unable to pay, the government has quietly ponied up the money after discussions with the finance ministry. It is interesting that the issue of these payments has not been brought before the NCLAT (National Company Law Appellate Tribunal) which is hearing the bankruptcy proceedings of the group.

Sovereign guarantees are only issued for government projects or, occasionally, for public sector companies. The ADB report suggests that guarantees have been issued to several infrastructure projects as well, especially in the power sector. In 1992, when Enron first proposed a sovereign guarantee for the Dabhol Power Company’s gold plated project, it was hugely controversial. Clearly, no lessons have been learnt, since infrastructure projects of IL&FS and many others have turned out to be just as inflated.

The government guarantees, once again, expose how closely the Parthasarathy-led cabal worked with a network of compromised officers of the Indian Administrative Service (IAS), to run an organisation that had the best of both worlds – the power of a government organisation and the money of private sector – allowing IL&FS officials to draw high salaries and perks even as the ship sank.

However, the government, which is now found to be making payments on behalf of this massive failed conglomerate, has been treating the ousted management of IL&FS with extremely soft gloves.

Sources in the know say that two payments have been made to the two multilateral institutions in the past couple of months. Reliable sources have confirmed at least one payment of $2 million in the past two months to ADB, for instalments that fell due, and about €600,000 to €700,000 have been paid to KfW.

A search on ADB’s website reveals that a $100-million loan was originally sanctioned to IL&FS around 2001 but half of it was cancelled sometime in 2007 due to “the lack of a subproject pipeline” as part of a revised loan agreement. Finally, a loan of $50.4 million was disbursed.

The document further says, “Since 2002, the borrowings (of IL&FS) from bilateral and multilateral agencies have included the ADB loan under PSIF II and €30.55 million from KfW.”

And that the “(Indian) Government guaranteed the loan, which was made from ADB’s London interbank offered rate-based lending facility with a maturity of 20 years, including a grace period of 5 years.”

Here are the details, in a nutshell, as reported on ADB’s website.

The loan was further distributed to three sub-projects: The Ahmedabad Mehsana Toll Road Project, the New Tirupur Area Development Corporation and Western Gujarat Expressway Project. It was divided into senior and subordinate debt, with tenures of 15 years and 20 years, respectively. This would mean that the last instalments were due when IL&FS got into serious financial trouble. 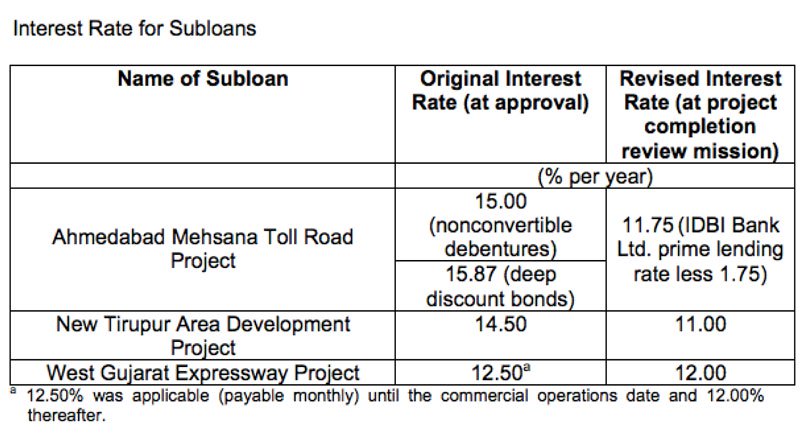 Of the three projects, New Tirupur is mired in litigation, has gone through restructuring and continues to make losses. The Ahmedabad Mehsana Toll Road Project also made losses in the initial years and also saw its debt restructured. However, IL&FS had been regular in servicing the debt, probably until it collapsed in July last year.

Based on information available on the ADB website, one assumes that a part of the loan would be nearing maturity. Moneylife has written to ADB and KfW seeking a response and this article will be updated to include these, when we receive them. We have also connected with IL&FS’s communication head to ask how much of the loans to ADB and KfW are still outstanding. This, too, will be updated when we hear from them.

Details of the sub-loan are available as follows: 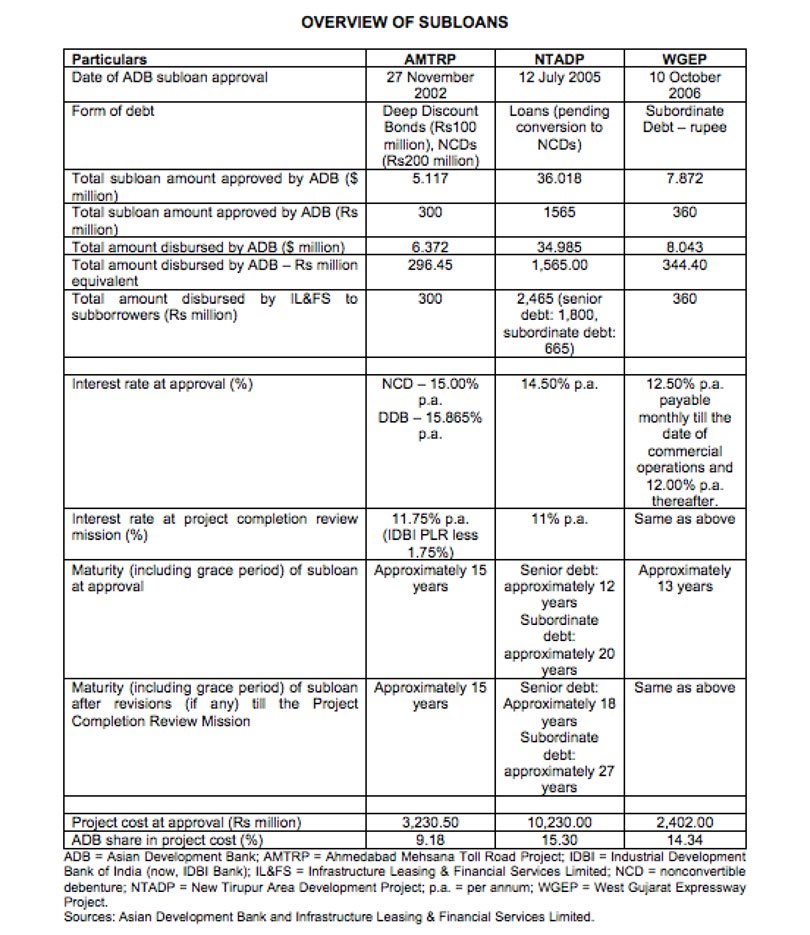 When the ADB financing was being considered, there was talk about KfW of Germany partnering in the project. However, it is not clear if it did, eventually, participate in this project. The ADB document of 2001 says, “KfW representatives joined the ADB Pre-appraisal and Appraisal Missions. KfW has, in-principle, agreed to co-finance the PSIF II up to EUR162 million (about $147 million) comprising concessional funds of EUR25.5 million (about $23 million).” This was subject to government approval; but subsequent documents do not mention any partnership or government guarantee.

At that time, Luis-Miguel Gutierrez, chief representative of KfW IPEX-Bank in India had said, this was the “first ECA financing ever done to support an Indian metro project” and, in doing so, it had “introduced a completely new financing model in the Indian market.”

The fact that the government extended a sovereign guarantee to IL&FS shows how deep was the nexus between IL&FS officials and finance ministry which, instead of monitoring its spending, was happy to guarantee its reckless expansion spree.

The projects follow the familiar IL&FS template where multiple group entities get a share of the project pie by undertaking various responsibilities such as preparing the project report, implementing it, undertaking environmental impact assessment and also monitoring it.

ADB says, in a published document, that it looks for “state guarantees” in order to “meet non-commercial risks and allow disaggregation of risks and proper risk allocation in the Indian environment.”

However, under the Fiscal Responsibility Bill introduced in that period, there is a commitment that the government “will also not extend guarantees to projects beyond 0.5% of GDP in any given financial year.” The government also earns a guarantee fee. As regards guarantees issued by state governments these are capped by the Reserve Bank of India (RBI).

This articles was first published on Moneylife. Read the original here.