Although Roopa Kudva quit the bank transparency body in July 2017, there has been no public intimation of this development. 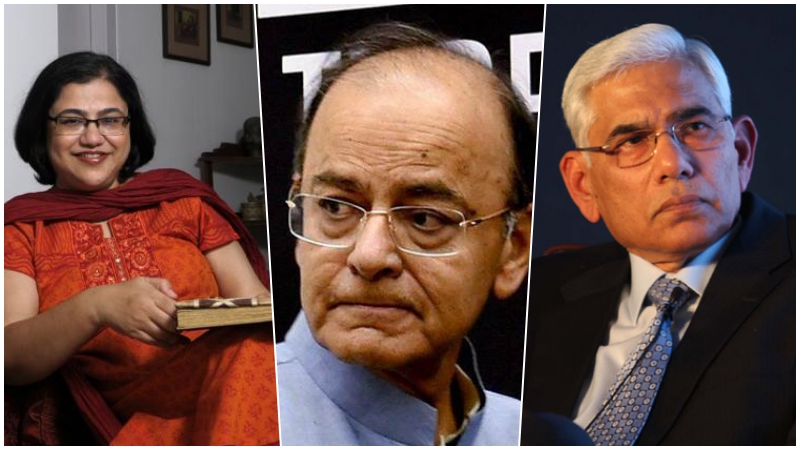 Mumbai: Roopa Kudva, managing director of Omidyar Network India Advisors, has silently resigned from the troubled Banks Board Bureau (BBB), a transparency body that was set up to improve the corporate governance and performance of public sector banks.

​The BBB, which started functioning in April 2016 and is headed by former CAG boss Vinod Rai, has so far however been restricted to recommending executive directors and chief executive officers for government-owned banks.

BBB also stated that she has stopped attending meetings of the BBB since July 1.

What is puzzling is that even though nearly three months have passed since then, there has been no communication from the BBB informing the public of her resignation. There has also been no public communique  from the government accepting her resignation or stating that a process had been initiated to appoint a replacement

In short, an institution which was mandated to improve transparency in the selection of executive board directors and overall performance in government banks – and which immediately releases the short listed candidates on its website –has deliberately remained silent on the resignation of one of its members.

The timeline prior to Kudva’s resignation is relevant. On May 12, 2017, the Economic Times reported the resignation of H.N. Sinor, veteran banker, from the BBB. Media reports highlighted the increasing ineffectiveness of the BBB and the silence of its high-profile chairman, Vinod Rai.

Despite Sinor’s resignation being made public, and his perception of “inadequate progress that the recommendations of the Bureau were making”, Rai was able to convince him to withdraw his resignation. However, the decision by Sinor to re-engage with the BBB did not immediately help in improving the effectiveness of the autonomous institution.

In mid-June 2017, the government, citing a technicality, set up a new Appointments Board headed by then financial services secretary, Anjali Chib Duggal (also a member of BBB) to select the chiefs of the financial institutions.

At the time of the setting up of the new Appointment Board, Mohammad Mustafa, joint secretary, department of financial services, faced the uncomfortable prospect of returning to serve under the new dispensation in Uttar Pradesh. On August 3, 2017, he was instead posted as managing director of the Small Industries and Development Bank of India (SIDBI), a designated financial institution – recommended by an appointment body  headed by his superior  in his department.

Had the BBB been charged with appointing the chiefs of financial institutions, it is unclear whether Mustafa would have been selected.

It is in this context of the disillusionment of the eminent members of the BBB that the resignation of Roopa Kudva is relevant.

Her resignation letter ascribes her departure to her “increasing commitments to work” and her inability to devote to more time for the BBB. The BBB was constituted on February 28, 2016 as a part-time body and commenced functioning on April 1 of the same year. Industry sources also say that the workload for members till date has been light, only a maximum of 15 days in a year.

In addition to this, Kudva was already managing director at Omidyar Networks and independent director and chairperson of the audit committee at Infosys (for which she earned a sum of $150,000  for the last financial year) when she accepted the BBB appointment. In recent times, her work at Infosys has been controversial with V. Balakrishnan, IT giant’s former chief financial officer publicly stating “[Roopa Kudva] should resign because she failed to protect the integrity and value system of the company.” Yet to date she has not resigned from Infosys. Instead she resigned from the BBB, citing work commitments.

The BBB was set up to bring about transparency in the previous opaque system of selecting government banks’ executive directors, and to improve the performance of the crisis-ridden government banking sector.

Vinod Rai, the former Comptroller and Auditor General whose reports on notional losses in government auctions earned him a reputation for independence,was appointed its chairman, and eminent individuals were appointed as members. Yet, as commentators have pointed out, the BBB has struggled in carrying out its mandate in no little part due to the fact that the transparency body has been hamstrung by the government.