Electoral Bond Scheme Being Pushed Through Under a Veil of Secrecy, Alleges RTI Activist

According to Venkatesh Nayak, the new system is being implemented without talking to stakeholders and will make political funding even more opaque. 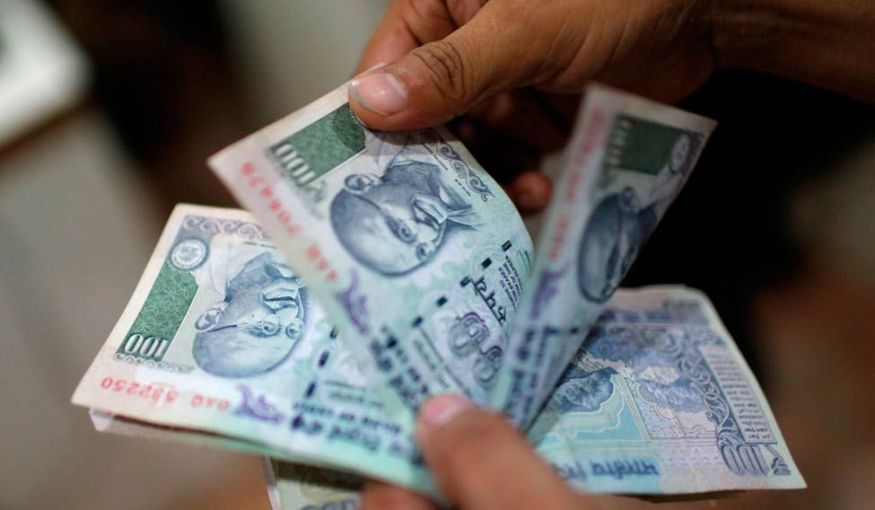 New Delhi: Though the scheme to issue electoral bonds was announced by finance minister Arun Jaitley in his budget speech in February this year, the Ministry of Finance, the Election Commission of India (EC) and the Reserve Bank of India (RBI) have all claimed to be unaware of the plan in their replies to queries filed under the Right to Information (RTI) Act.

RTI activist and programme coordinator at Commonwealth Human Rights Initiative Venkatesh Nayak, who had filed the plea, has stated that electoral bonds were the ‘big idea’ floated in the Union Budget to change the way donations were made to political parties.

“The government amended three laws relating to elections, income tax and the RBI to create this new method of making monetary donations to political parties. Briefly explained, anybody will be able to buy electoral bonds in the form of bearer bonds from a designated commercial bank for any sum of money and donate it anonymously to a political party that he, she or it (private entity) chooses,” he said.

Stating that these amendments had removed the obligation of political parties to record and report the identity of electoral bonds-style donors to both the regulatory bodies, namely, the EC and the Income Tax (IT) Department, Nayak said that the electoral bonds scheme came under the sub-heading of ‘Transparency of Electoral Funding’ in the Budget document.

What happened to the process of consultations?

Following the announcement, he said, news reports indicated that the Centre would hold consultations with stakeholders – political parties, the EC and the RBI – before operationalising this scheme. It was later reported that the Centre was now finalising the electoral bonds scheme for implementation.

Recent news that the Centre was finalising the scheme, Nayak said, made it appear that it completely forgot to consult the stakeholders – the voters, taxpayers and citizens – before taking this decision.

In order to get to the bottom of the issue, Nayak had filed RTI applications with the finance ministry, the EC and the RBI. But he said that they all claimed to not have any information about it or about who influenced the Centre to launch the scheme.

He said that six months after the Budget speech was made in the parliament, he filed the RTI application with the Department of Economic Affairs (DEA) in the finance ministry, seeking information about the electoral bonds.

The questions no one wants to answer

In his application, Nayak had asked for “the total number of representations or petitions or communications, by whatever name called, received by the government of India till date from donors regarding the need for maintaining confidentiality of their identity while making donations to political parties; a clear photocopy of all representations or petitions or communication by whatever name called; and a photocopy of the draft electoral bond scheme prepared” by the DEA in consultation with the RBI and the EC.

Giving reasons for the questions he asked, Nayak said, “As the finance minister said in his speech that donors to political parties had expressed their unwillingness to make their identity known publicly, the first two questions were drafted to ascertain the total number of representations received in favour of secrecy and the justification they offered. The third question was aimed at getting a copy of the draft electoral bonds scheme, so that citizens would be able to discuss the detailed proposals, being the primary donors to political parties”.

The EC and the RBI replied that they did not have any information which was sought in the RTI application, said Nayak, adding that it appears that the records relating to the draft electoral bonds scheme are being held in secrecy. “Nobody wants to acknowledge that they did any work on it. Secrecy seems to be the guiding principle for the electoral bonds scheme even before it is operationalised to keep donor identity secret.”

Nayak said he will soon file a complaint with the Central Information Commission (CIC) to find out who is holding the records.

No one will know who donated to a party now

“Until 2017, all registered political parties were required to disclose to the EC the identity of individuals and private entities donating more than Rs 20,000 every year. The EC publishes these contribution reports on its electoral bonds site soon after receiving them. The Finance Act, 2017 (one of the Bills relating to the annual budget) amended Section 29C of The Representation of the People Act, 1951 to remove the obligation of political parties to keep a record of the identity of donors who give any sum of money through electoral bonds or report the same to the EC annually. As electoral bonds protect the identity of donors, they are likely to become the default option for making donations. Citizens will know lesser and lesser about who is making donations to which political party,” said Nayak. This aspect, he fears, will undo the transparency regime established during the Atal Bihari Vajpayee era.

Also read: Why Modi Government’s Political Funding Reforms May Just Be a Smokescreen

Finally, he said, the amendment to the Companies Act would also make the process more opaque. “As of now, private corporations can donate not more than 7.5% of their average net profits made during the immediately preceding three financial years. Such donations had to be approved by a resolution of the board of directors. Every private company making such donations is required to publicly disclose in its profit and loss account how much money is donated to which political party in a given year. The Finance Act, 2017, removed all these transparency requirements from Section 182 of the Companies Act, April 2018 onwards.”

Now a private corporation will be able to make donations from the first day without starting commercial operations, let alone earning profits. “There will be no obligation to publicly disclose the amount so donated and the identity of the recipient political party. Only the total sum of money so donated will be reflected in the profit and loss account of the company every year. So electoral bonds are likely to become the preferred route for such companies to make donations to political parties of their choice and escape public scrutiny,” he said.

Nayak also questioned the manner in which the amendments were pushed through. “The amendments carried out through The Finance Act, 2017 were also done in a manner that prevented a vote in the Rajya Sabha. They were all introduced in the Finance Bill which was certified by the speaker of the Lok Sabha as Money Bill even though they violated the definition of a ‘Money Bill’ provided in Article 110 of the constitution,” he said.

Though the CIC in the past had declared six national-level political parties as ‘public authorities’ under the RTI Act, they continue to remain non-compliant.

The activist cautioned that if implemented in the present form, the electoral bond scheme will bring the era of transparency in political party funding to an abrupt end, rather than making the process more transparent.