Demonetisation: Nearly 99% of Scrapped Notes Came Back into System

Roughly 89 million of the 6.7 billion Rs 1,000 notes in existence were not deposited following demonetisation and still remain in circulation.

Rs 500 and Rs 1000 notes were pulled out of circulation last month. Credit: Reuters 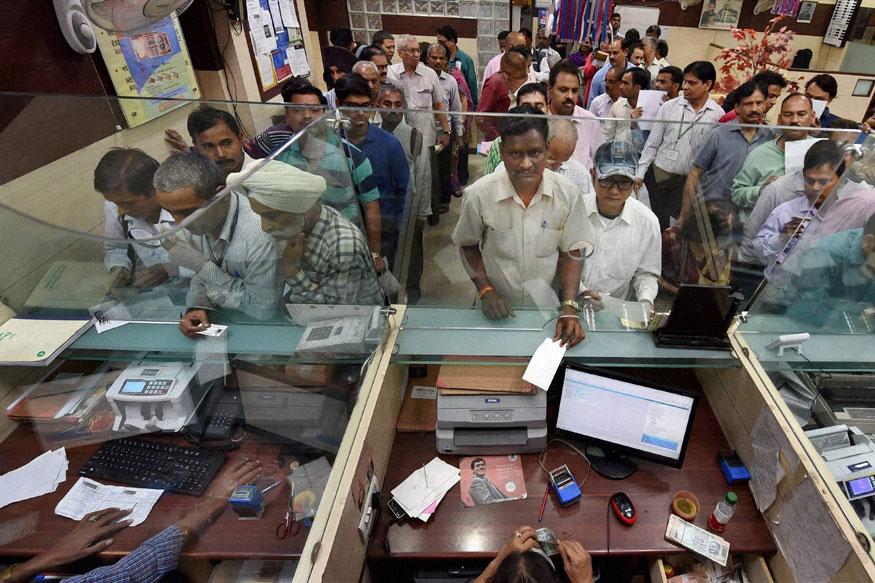 New Delhi: The Reserve Bank of India on Wednesday released the much-awaited numbers behind the Modi government’s demonetisation exercise.

The central bank however does caution that it is still in the process of checking and verifying soiled and questionable bank notes. “Subject to future corrections based on verification process when completed, the estimated value of SBNs received on June 30, 2017 is Rs 15.28 lakh crore,” the central bank states.

The numbers come as part of the RBI’s annual report, which also shows that out of the 6.7 billion Rs 1,000 notes, 89 million notes are still in circulation and therefore have not come back into the system. 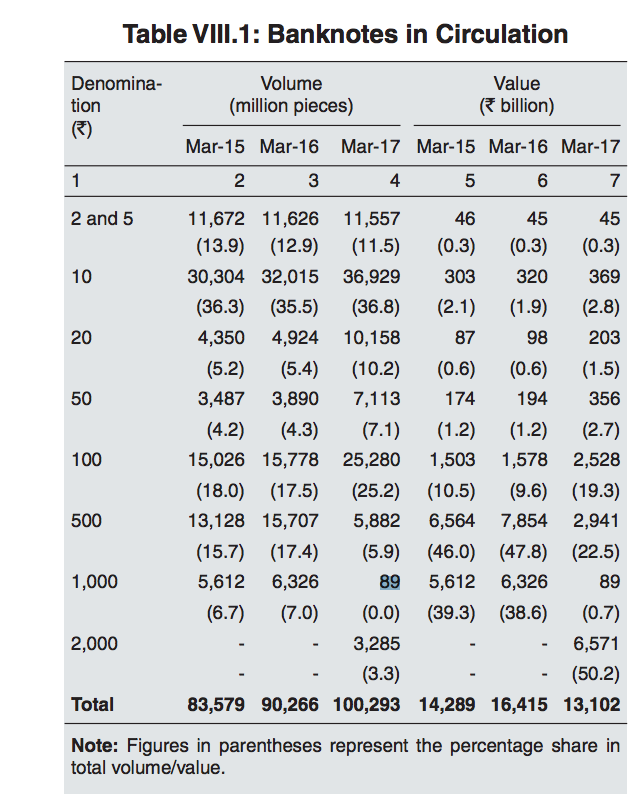 On November 8,  2016, the Modi government kicked off a massive demonetisation exercise in a move that was aimed at curbing black money, fake currency and corruption. Since then it has been a widely debated topic, with analysts and economists wondering whether the benefits trumped the costs.

In the immediate weeks after demonetisation, one school of thought believed that if a sizeable amount of demonetisation notes didn’t return to the RBI (presumably because the owners of the notes feared getting caught for tax evasion, this could translate into a “windfall gain” for the Modi government. The government itself believed that roughly Rs 2 -3 lakh crore would not return, according to statements the-then attorney general made before the Supreme Court in November 2016.

With 99% of demonetised notes coming back, this no longer seems likely.

Currently, there is Rs 16,000 crore, in the form of demonetised Rs 500 and Rs 1,000 notes, that haven’t made their way back into the Indian banking system. As The Wire has reported in the past,  a certain amount of these banknotes are in India’s neighbouring countries. In Bhutan and Nepal in particular, Indian rupees are used more often than not as a valid form of currency. In Bhutan, the total amount of Indian rupee notes deposited by locals was Rs 1.60 billion or Rs 160 crore as per the country’s central bank.

Although news reports have indicated that the country holds Rs 3,000 crore worth of banned Indian currency, the sourcing of this figure is not clear. As The Wire has reported, Indian rupees do account for 30% of Bhutan’s foreign exchange reserves (roughly Rs 37 billion or 3,700 crore), it’s not clear whether this is held in the form of Rs 500 and Rs 1,000 notes.

When it comes to Nepal, the situation is a little more complex. Although Indian news reports have identified Nepalese citizens has holding an estimated Rs 3,200 crore, sources tell The Wire that Nepal is yet to come up with an accurate estimate on the total number of Indian banknotes in the country.

“The factual position right now is that RBI and NRB [Nepal’s central bank] have yet to reach a decision,” a senior government official told The Wire.

“The upsurge in expenditure during the year was on account of change in the production plan of printing presses due to the introduction of new design notes in higher denominations as well as the requirement of larger volume of notes for replacement of the demonetised currency,” the report states.

What does 99% of currency coming back mean?

Another inference from most of the money returning is that the I-T department has a lot of work ahead of itself in analysing the money has returned.

As seen from the table above, the RBI does note that the amount of “suspicious transactions” reported by various financial institutions in India has increased sharply. Banks alone reported 3,61,214 suspicious transactions in 2016-17. However, it remains to be seen whether this will translate into solid tax evasion cases or convictions.

Fake and counterfeit notes, a reckoning

Another much-touted advantage of demonetisation is that would help curb the amount of fake currency in circulation – fake currency that the Modi government believed helped anti-social elements engage in criminal activities.

Niti Aayog member and economist Bibek Debroy, in the months after demonetisation, claimed that the total value of counterfeit or fake Indian currency was in the range of Rs 2,000 crore. This figure was fact-checked by The Wire at the time. 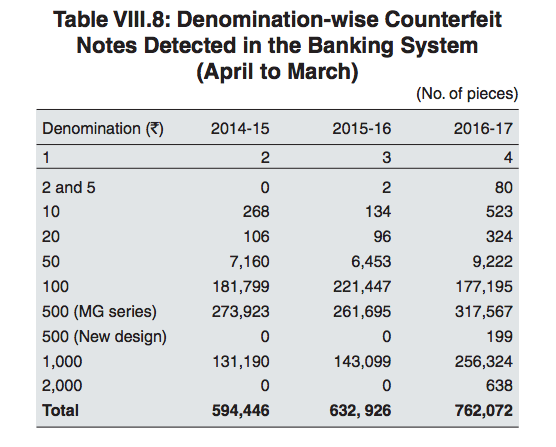 A note circulated by SBI chief economist Soumya Kanti Ghosh notes that while increased detection of counterfeit notes is heartening, its still disappointing.

“On a positive note, the detection of counterfeit old 500 and 1000 denomination notes has witnessed an increase of 42% in 2017. However, the value of such notes is a minuscule Rs 41 crore,” Ghosh states.