NDTV Case: Government and CBI Should Support the Sinking Banking Sector, Not Push It Down

It is not the CBI’s business to decide interest rates for loan settlement or set any banking benchmarks, especially if the RBI and Centre have had nothing to say on the matter. 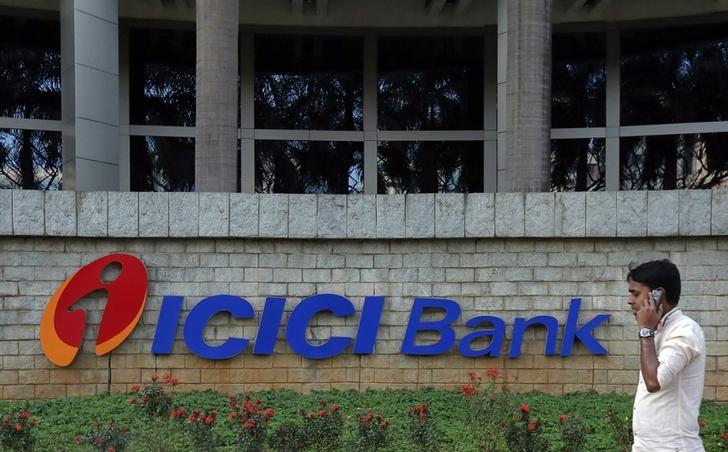 A pedestrian walks past a logo of ICICI Bank at its headquarters in Mumbai January 30, 2015. Credit: Reuters/Shailesh Andrade/Files

A new jurisprudence is emerging in India. The Central Bureau of Investigation (CBI) has now joined the fray, along with the RBI and the central government, to administer the Banking Regulation Act, 1949 (BRA) and other RBI circulars. While filing an FIR against a media house and a bank (attacking the terms of loan settlement), the CBI recently alleged that the BRA and a RBI circular have been flouted. A lot has been written as to whether this is an attack on the freedom of the media; I would only state that this is a brazen attack on the freedom of banks to settle dues.

The CBI has alleged criminal conspiracy between a bank and a media house about a transaction that was concluded eight years ago. Did the RBI complain? Did the central government complain? Did the board of directors of the bank/media house complain? Did statutory auditors comment adversely? Did RBI inspectors point out any irregularity? If not, is the CBI equipped to grasp the nuances of a commercial banking transaction and sit in appeal over these authorities?

And what is the criminal conspiracy? The bank lost money and the borrower/promoter gained correspondingly. Every time a loan is settled, that’s the situation. Will criminal law pervade the entire banking industry for settling every loan? The CBI was perhaps looking for borrower’s loss and bank’s gain in a loan settlement.

The CBI would, of course, be required to prove the allegation of criminal conspiracy in a court of law. Conspiracy is not a one-sided game. If promoters of the borrower have been implicated, surely the top brass of the bank can’t escape. Those who were involved in sanctioning and settling the loan would now have to be roped in, otherwise the allegation of criminal conspiracy would not stick. This would set a dangerous precedent. Maybe at some stage the bank chairman and the chairman of the borrower would have to face a criminal trial, if the CBI presses these allegations seriously. How many banks and how many borrowers will the CBI target? We know that the IDBI chairman was arrested some time ago. The IDBI, incidentally, was perhaps the quickest to become the number one sick bank. Other banks may now compete to displace IDBI’s dubious number one ranking. If fear psychosis and indecision continue to afflict banks, which bank will not become sick?

Today, the banking industry has a loan portfolio of about Rs 80 lakh crore. Out of this, toxic loans are worth about Rs 12 lakh crore. Banks are desperately seeking to settle these loans at a discount. Will the CBI slap FIRs against banks and borrowers for settling these loans, which have become almost irrecoverable? Is that the policy of the central government or the RBI?

Every settlement entails a give and take. In a distress situation, parties often negotiate and quickly settle, according to their own commercial judgements. To give rebate on interest rates is the commercial decision and judgement of a bank. This is a universally-accepted principle. To impute criminality in such situations reflects utter lack of understanding of commercial banking. It is not the CBI’s business to decide interest rates for settlement or set any benchmarks. It is not the CBI’s business to paint criminality if funds have been borrowed from X, Y or Z and then routed to a bank. A banker has the responsibility to stand by the borrower in distress. It is easy to kill a borrower, but difficult to support them in a crisis situation. It requires banking acumen and courage. The CBI is hopelessly ill equipped to grasp banking realities in India. By slapping criminal cases and attacking the settlement of a loan, the CBI is killing two birds with one stone: the distressed borrowers as well as bleeding banks. The CBI is vitiating the banking climate in India. No banker will now be prepared to settle – and risk criminal prosecution eight years after the settlement.

The banking industry is the largest instrument for India’s economic growth. The banking business, as of March 31, 2017 was worth Rs 187 lakh crore, far exceeding India’s projected GDP of Rs 168 lakh crore for 2017-18. The sector is bleeding today. It is starving for capital, which the government is refusing to provide adequately. It is gasping to recover toxic loans, which have now reached an alarming, astronomical figure. The situation is going from bad to worse. Policy makers must wake up and nourish the sector immediately and stop this CBI bashing on banks. Wrecking the banking sector will amount be scoring an own goal at a football league final.

The present CBI director carries a huge responsibility on his shoulders at this critical juncture. He is known to be a person of integrity and commitment. He should, therefore, not act against the economic interest of India by slapping FIRs against bank officials for settling dues. The health of the banking industry in India is inextricably linked with economic development and social justice. India’s biggest crisis today is an ailing banking industry. Any action that shakes the foundation of the bleeding banking sector will be contrary to national interest – it will tear India’s economic fabric to shreds.

Bishwajit Bhattacharyya is former additional solicitor general of India and a senior advocate in the Supreme Court.