The bank's complaint accused Dwarka Seth International of cheating it with the help of corrupt officials and letters of credit, very similar to the Nirav Modi-PNB scam. 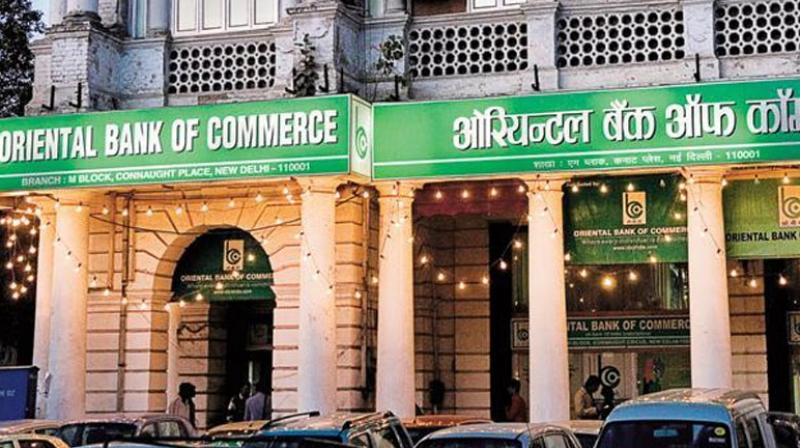 The bank’s complaint accused Dwarka Seth International of cheating it with the help of corrupt officials and letters of credit, very similar to the Nirav Modi-PNB scam.

The Central Bureau of Investigation (CBI) has registered a case against a Delhi-based jeweller on a complaint from government-owned Oriental Bank of Commerce (OBC).

However, as the complaint below shows, the CBI appears to have swung into action nearly six months after the bank complained.

The lender has alleged the firm, Dwarka Das Seth International, cheated the bank with the help of some of its officials, using Letters of Credit (LCs) — a banking instrument similar to those used by a group of companies belonging to Nirav Modi and Mehul Choksi to allegedly defraud Punjab National Bank of Rs 114 billion. An LC is an obligation accepted by a bank to make a payment if specified criteria are met. 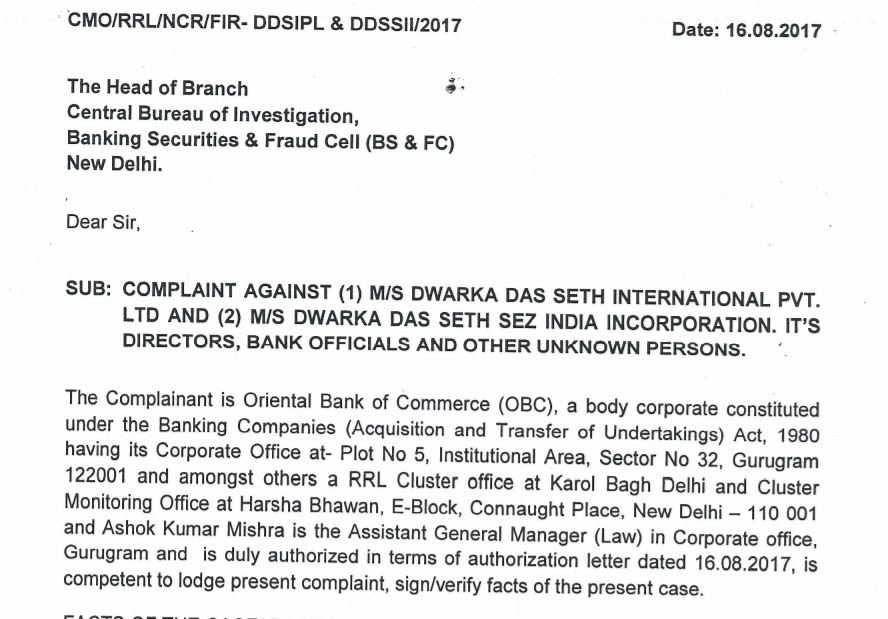 A screenshot of the Oriental Bank of Commerce complaint. Credit: CBI

Dwarka Das Seth International was taking loans from OBC since 2007, using LCs. “The borrowers were utilising this facility for discounting of bills, under letters of credit established by Dubai Bank Kenya, Soleil Chartered Bank, Trade Chartered Bank, TF Bank Kontrakt Inc, Century Bank Corp LCC, etc,” OBC said in its complaint to the CBI, which registered a First Information Report on Thursday against the firm and unknown bank officials.

The practice of raising loans through LCs continued till OBC noticed the other banks were poorly rated. The lender then stopped the credit facility.

The firm did not repay loans on time and demanded extension of the repayment window due to poor business conditions.“Now, for the last 10 months, the customer is not responding and he and his family is not available at the address in the bank records,” the Gurugram-headquartered bank has told the CBI.

During a forensic audit, the bank found some of the foreign banks that had issued letters of credit “had negative ratings, with no connection or presence in the country of the counterparties.”

“One of the LC-issuing banks was a non-existent bank on the basis of the correspondence address given in the borrower’s invoice,” found the forensic audit by Grant Thornton India, commissioned by OBC. The LC facility was used to pay off other trade creditors against purchase of gold and other precious stones, which were transferred to other countries “using fictitious trade transactions”. The money gained was used to pay off the letters of credit liabilities, the forensic auditor noted.

Dwarka Das Seth International allegedly misrepresented facts to the banks, including information related to creditors, customers and the company’s annual turnover. While the company reported annual turnover of Rs 1 billion, this actually was Rs 140-Rs 150 million.

(Published with arrangement with Business Standard).