The Centre says the method will improve crop productivity and reduce input costs, but it remains unclear which scientific studies – if any – these conclusions are derived from. 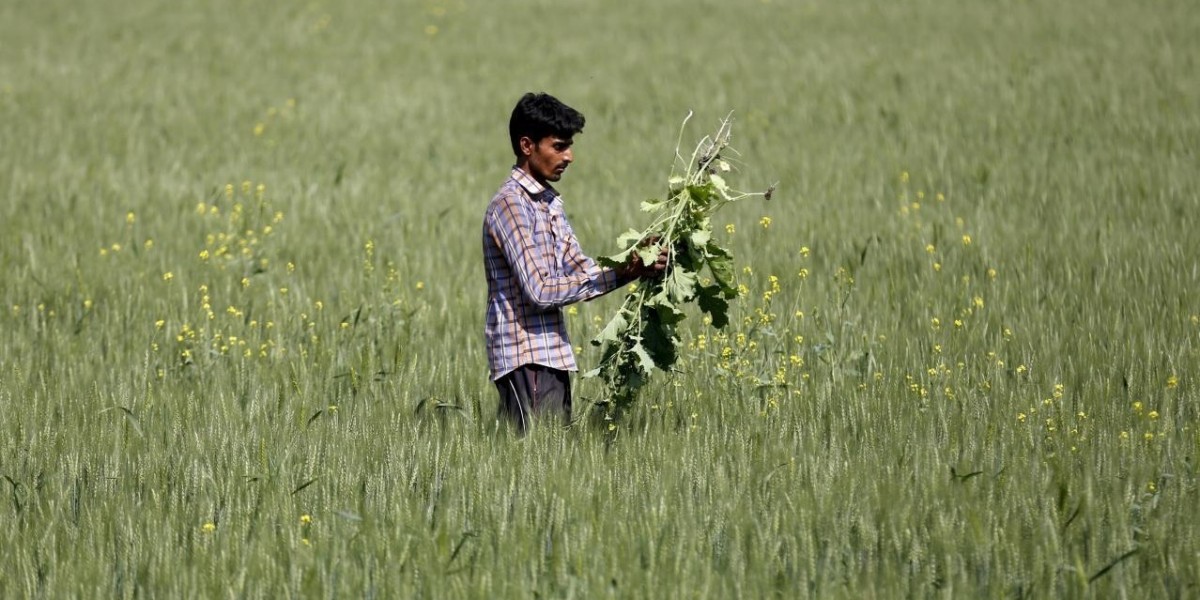 Organic farming is one of the very worst ways of farming if your objective is to conserve land. Photo: Reuters

New Delhi: During her budget speech in July, finance minister Nirmala Sitharaman responded to widespread farmers’ distress by saying that they would be encouraged to adopt a ‘zero budget’ technique that would take India’s agriculture sector ‘back to basics’.

Zero-budget natural farming (ZBNF), as a formal technique devised by Subhash Palekar, a social activist from Vidarbha, advocates the use of naturally occurring materials such as cow dung, cow urine and neem as manure, fertilisers and pesticides. According to Palekar’s website, it is against the use of “chemical and organic” additives.

“Steps such as this can help in doubling our farmers’ income,” Sitharaman had said.

In a press release that followed, the government claimed ZBNF “improves the crop productivity and soil fertility by way of fixing the atmospheric nitrogen” and also helps “farmers [reduce] the input cost”.

However, it is unclear which scientific studies – if any – the government has used to qualify ZBNF. In fact, a derision towards the word “chemical” is a common part of the hype surrounding the putative benefits of organic farming but it has also become symptomatic of negligence towards the underlying chemical processes. 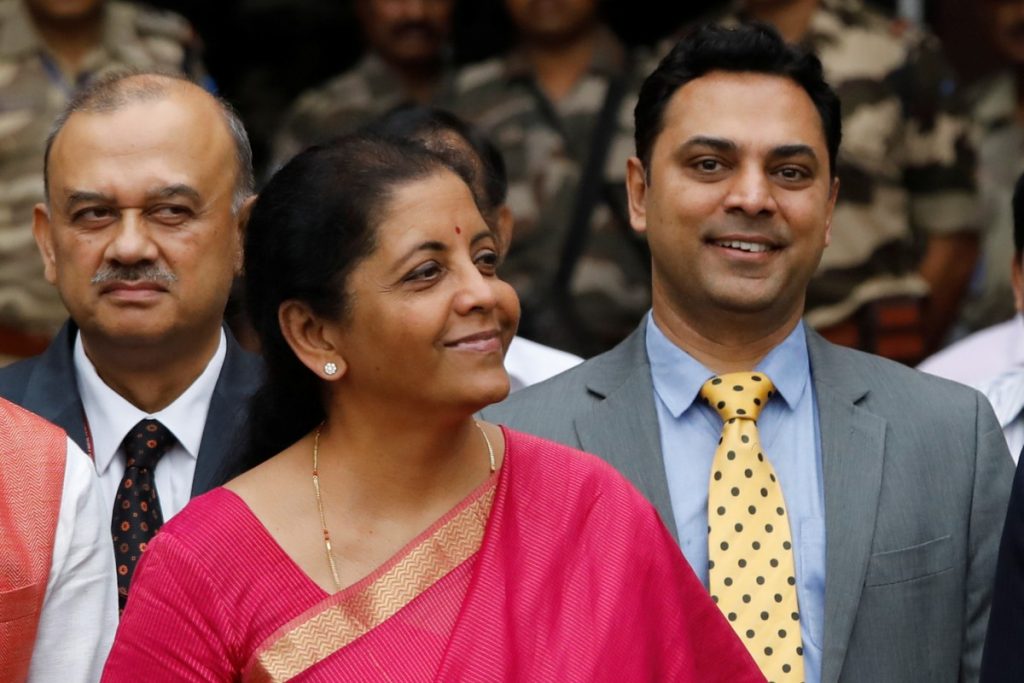 India’s Finance Minister Nirmala Sitharaman (C) and Krishnamurthy Subramanian (R), chief economic adviser pose during a photo opportunity outside their office before the presentation of the federal budget in the parliament in New Delhi, July 5, 2019. Photo:Reuters/Anushree Fadnavis

According to scientists The Wire spoke to, ZBNF has until recently never been considered by the research community as a viable alternative to modern techniques of agriculture. “Before green revolution, most farmers were practising some form of natural farming,” the scientist said. “If it was so effective, there should have been no need for a green revolution.”

“Moreover, all our scientific analyses points in the opposite direction. Productivity drops with organic and natural farming. How can you double the income if productivity drops?”

The author could find no robust research on natural farming and its impact on productivity, soil and plant health and farmers’ income. This raises serious questions about Sitharaman’s policy prescription, which should have been accompanied by technical reports, evidence and – ideally – research data.

It would seem the government is aware of this: shortly before the budget, the government commissioned a ‘project’ to “understand the farmers’ perception about natural farming for different crops and its implication on crop yield and farmers’ income”. The April-June newsletter of ICAR and NAARM mention this; the NITI Aayog has also asked these two organisations to collaborate on this project. However, it is unclear how Sitharaman could have prescribed ZBNF, and spoken of its benefits, when the research exercise is incomplete.

According to the note in the newsletter, government officials surveyed 295 farmers practicing ‘natural farming’ and 170 farmers who are not, across Karnataka, Maharashtra and Andhra Pradesh. While data analysis is still ongoing, the note states that “quick observations” indicated “mixed effect on crop yield” and that farmers are “able to sell the produce at premium price”. The note doesn’t say anything else. 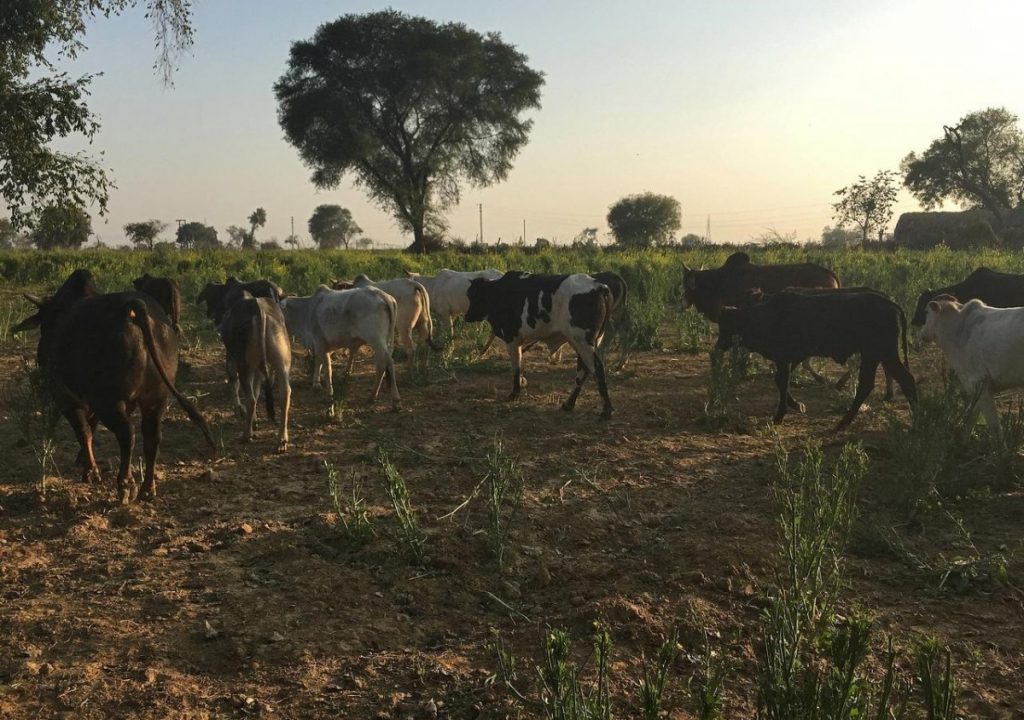 Natural farming plans to use cow dung and urine, among others, as manure instead of fertilizers. Photo: Reuters

The data analysis has two parts: socio-economic impact on the lives of farmers and soil- and plant-sample analysis. The first part will analyse how farmers perceive ‘natural farming’. “We have asked them questions like what is the impact on income, how the quality of produce has changed, how productivity has changed,” one researcher said. “There is not enough time for us to independently ascertain these.”

For the second part, the team has collected soil and plant samples from the areas where natural farming was being practised for chemical analysis. “But for a proper analysis to actually understand the impact, we would need many samples over a period of more than one harvest season to be able to get pre- and post-harvest level of nutrients,” a scientist specialising in soil and plant analysis said. “We need to monitor the soil and plants over a longer period of time.”

According to scientists The Wire spoke to, an important determinant of natural farming’s purported superiority is if a certain concoction – made of cow dung, cow urine, jaggery and pulse flour – used as a substitute fertiliser can provide the variety and amount of nutrients the soil and the plant needs. However, the scientists deemed this impossible in the short time they had been given.

Indeed, “we told [NITI Aayog] that a proper study will take at least two years to complete because the impacts have to be [studied] over a long period,” another scientist said, referring to NITI Aayog’s request in February. “In the short term, we might not even see any impact. They may only come later. But they insisted that the study be completed in six months.”

The scientists unanimously agreed that six months is not enough time to yield scientifically meaningful information.

The ‘six months’ stipulation points to a fundamental misunderstanding of the characteristics of agriculture. On the face of it, the scientists agree that farmers employing ZBNF will need to work longer hours, deal with lower productivity as well as their ability to recover costs at a lower rate than without ZBNF.

“The cost is not zero as claimed in zero budget farming,” one researcher said. “But it is about 30-40% less than the cost if fertilisers and pesticides were used.” He added that the productivity declines by 20-30% in the first two years. “It might come back to the original level in the third year but we don’t know for sure. We need a long-term study.”

Thanks to consumer demand for agricultural produce labeled ‘organic’, “the price can be 30-40% higher.” However, the researcher cautioned it could swing the other way as well if “the produce doesn’t have the kind of shine” that produce generated through other means has. This is an important and often overlooked concern.

Overall, the experts don’t believe ZBNF can be implemented at a large scale across the country. “The decline in productivity will make it unviable at a large scale. Then, you also need a developed and aware market for that kind of produce. We don’t have that,” one said.