Why the Budget Is Deceptively 'Pro-Farmer'

The Budget does nothing to assure incomes for farmers, lift them out of indebtedness or protect them from natural calamities. 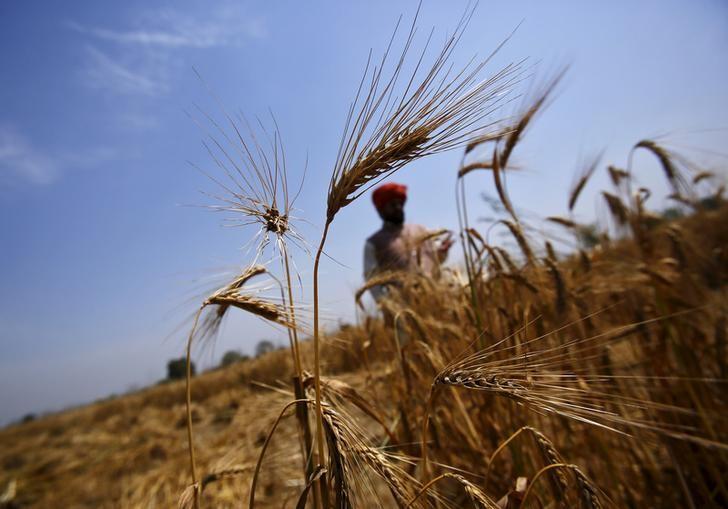 A farmer stands in his wheat field, which was damaged by unseasonal rains, at Vaidi village in Uttar Pradesh, March 25, 2015. Credit: Anindito Mukherjee/Reuters/Files The budget this years needs to urgently address the deepening agrarian crisis in the country. Credit: Reuters/Files

Some things make you want to scream. This is one of those things.

Everyone, from the finance minister and prime minister to the media, has been talking about the slew of pro-farmer measures included in Budget 2017, how it is a Budget for the ‘have-nots’ and one that will give a big fillip to agriculture. The same things were said last year as well. Last year, some analysts on news channels even said that the government had given too much to farmers and the rural poor, and nothing to the rest of the country. This year, they were more polite and said that the boost to rural India will help the rest of the economy. Perhaps that’s because it is now well-accepted that farmers and rural workers are the worst affected from demonetisation.

It makes you wonder if these analysts are looking at the same Budget that dismayed the Kisan Sansad’s farmers who watched its presentation at Jantar Mantar on February 2. These farmers came from various states with expectations and hope. They returned empty-handed with dashed hopes.

What explains this big gulf? Partly, it is about the media simply taking the government’s description at face value instead of trying to get at the true picture. It is also about a lack of understanding about what is really needed to even begin addressing the agricultural crisis that currently grips 55% of India’s population.

It is time to call this Budget what it is – a big prank on India’s farming community.

First, it is important to understand the context and expectations attached to the situation. In 2014-15 and 2015-16, farmers suffered two consecutive drought and received nothing positive from the Centre. On the other hand, the government went back on its one big promise to farmers – of increasing the Minimum Support Prices to ensure they got 50% profit over the cost of cultivation. In the third year, the monsoon was better but just as farmers were about to harvest their kharif crop, they were hit by demonetisation, which resulted in huge losses and pushed them further into debt. It was like another drought or cyclone hitting them. Only, this time it wasn’t the wrath of nature but a government-made calamity. But the farmers and rural poor, more than anyone else, took Prime Minister Narendra Modi’s statements at face value – ‘bear the pain for 50 days and then you will start seeing gains’.

Also read: In the 2017 Budget, the Modi Government Has Compounded Its Folly

People expected this Budget to deliver something really big to farmers – because of the pain they suffered due to demonetisation, because of statements that talked of doubling their incomes, because previous Budgets haven’t done anything for farmers and this is the government’s last opportunity to do something big that benefits farmers during its five-year term.

Let us also remember the extent of the problems that need to be addressed. Around 12,600 farmers commit suicide in a year. The selling prices, as calculated by state governments, of most crops are lower than the cost of cultivating them. The average household income from agriculture is a mere Rs 3,800 per month – significantly below the poverty level. Nationally, 52% of the country’s farmers are indebted, with the number reaching 90% in some states. The national average debt held by a farmer is Rs 47,000 but has crossed over Rs 1 lakh in many states. More than half the loans are from private lenders, taken out at high interest rates. Most marginal and tenant farmers don’t get bank loans. To top things off, there is also an ecological crisis to deal with – soil  fertility depletion, depleting groundwater levels, high chemicalisation and climate change – which is leading to more droughts, cyclones and floods.

It is imperative that the government take big, path-breaking actions to address these issues.

A look at the allocations for agriculture and allied sectors shows that this is just an exercise in incremental budgeting. The total allocation for 2017-18 is Rs 51,026 crore. Compared to the 2016-17 revised expenditure (Rs 48,072 crore), this is an increase of only 6.14%. More importantly, this is only 2.3% of the entire Union Budget.

The last Budget promised income security for farmers and doubling their income by 2022. Many in the government, including the prime minister, have reiterated this in the past one year. This year’s Budget merely repeats the same phrases, but there is no roadmap for how it will happen. Surprisingly, for such an important promise, there has been no public debate or questioning of the government. There hasn’t even been a mention of whether the ‘doubling’ will be in real or nominal terms. If it is a doubling of nominal income, then it means very little because most of it is simply offset by inflation over the last six years. What the farmers are actually asking for is not just the doubling of their income but a guarantee of a dignified living income.

It is very revealing to look at the item that has caused the most hoopla in this year’s Budget – the Pradhan Mantri Fasal Bima Yojana (PMFBY). It is only in TV studios in New Delhi or in parliament that one can get away with talking about PMFBY as the big measure for helping farmers. Farmers in any Indian village would laugh at this scheme because crop insurance has not given them any benefit in the past ten years and the PMFBY, in its first season, has been poorly implemented and hardly helped any farmers so far. The figures tell their own story.

Earlier, the government spent Rs 2,955 crore to cover 21% of the country’s farmers. Under PMFBY, the coverage has increased marginally to 26.5% so far, but the premium expenditure has increased by 4.5 times to Rs 13,240 crores. This raises its own questions. Now, in 2017-18, the finance minister claimed that the coverage will expand to 40% of the farmers but allotted only Rs 9,000 crores. How does this math work out?

More importantly, the Rs 13,240 crores for the current year have not gone to the farmers; the amount is actually the premium subsidy which is paid to private insurance companies. The farmers will benefit from this only if they get insurance claim payments. But the minister didn’t talk about that because there’s no positive news to report on that front. It’s no wonder that no farmer organisation has welcomed the PMFBY’s expansion, but the insurance companies have. So much for the government’s flagship scheme for farmers.

Another item that made the headlines was the figure of Rs 10 lakh crores. What’s interesting about this number is that it doesn’t appear anywhere in the actual Budget. But it was thrown into the Budget speech because the minister knew that such a big number would land headlines. It is not in the Budget simply because this is not money that the government spends. It is the target for banks to provide loans. This number naturally increases every year to keep up with inflation, so every year it is invariably an unprecedented record!

More importantly, who does this Rs 10 lakh crores of credit go to? In 2015, this government removed the distinction between direct lending and indirect lending. So, most of this can now go to agri-businesses like Reliance Fresh and not to farmers. As studies have indicated, much of the agricultural credit is actually going to cities. For example, 40% of the agricultural credit in Maharashtra goes to Mumbai! Among farmers, most of the marginal and tenant farmers, who form 40% of the cultivators, do not get bank loans. None of this has been addressed by the finance minister.

Another record allocation the minister celebrated is the Rs 48,000 crores allocated to the employment guarantee scheme, MGNREGS – the same scheme that Modi completely dissed two years ago. Again, when we dig into it, the picture is different. The revised expenditure for 2016-17 was already Rs 47,500 crores, so there is really no increase being proposed. Even this higher figure in 2016-17 is not thanks to the government – it was increased by the government under duress from Supreme Court orders, issued in the Swaraj Abhiyan drought case.

In fact, the Supreme Court said that states’ entire demand for work should be met by the Centre – which comes to nearly Rs 80,000 crores! The reality is that the Centre is actually discouraging the states from providing work, inordinately delaying the release of funds, with wage payments to workers delayed by two to three months. The pending wages from this year amount to Rs 14,000 crores. It is a slow squeeze that kills the system.

A corpus fund of Rs 20,000 crores was announced last year for the Long-term Irrigation Fund. In 2017-18, a further Rs 20,000 crore has been added. Another corpus fund was announced for micro-irrigation. What the finance minister did not mention was how much of the funds was actually spent and what irrigation facilities were created with this money.

There was silence on Minimum Support Prices, better procurement of crops, expansion of storage and market infrastructure – all sorely needed by farmers. The only ideas in the Budget for incorporating better prices are linking more APMC markets to the National Agricultural Market, and creating a new model contract farming law. Without the farmers having infrastructure and holding capacity, without strong farmer-producer organisations to aggregate and process their produce, small farmers cannot benefit much from contract farming or selling to distant markets.

One really wishes that there was a different conclusion; that the headlines proclaiming this Budget as ‘pro-farmer’ were true; that the government came up with a couple of big measures at least driven by its political interests.

But once again, the farmer has been fed a lot of words. Compared to what the farmers wanted and the agriculture sector required, this was a washout. In fact, with this Budget, the NDA government’s entire term has proven to be a washout for Indian farmers.