Why Dholera's Farmers Are Resisting Giving Up Their Land For A Shining, Smart City 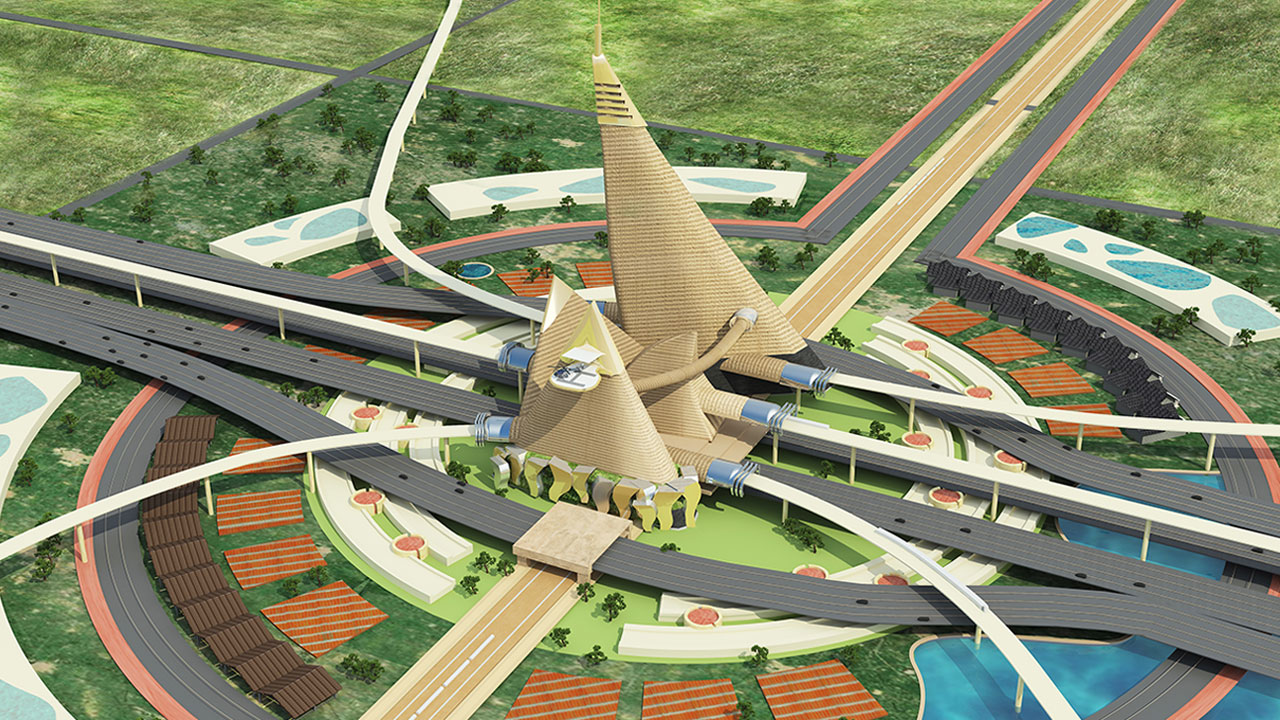 A futuristic vision of what the vilalges of Dholera will look like. Credit : Dholera-smart-city.com

NITI Aayog Vice Chairperson Arvind Panagariya has recommended that state governments should adopt land pooling or other methods to avoid the 2013 land acquisition law. The Dholera Special Investment Region (DSIR) is among the first smart city projects along the Delhi Mumbai Industrial Corridor (DMIC), and has adopted a land-pooling mechanism. The 920 sq km city will affect 22 villages with a population of 39,300 people. Since 370 sq km of the project is under the coastal regulation zone, the total developed area of the project will be 580 sq km.

Land-pooling in the area is facing local opposition. A fresh Gujarat High Court order on a petition by affected farmers has asked the state government to maintain status quo on land.

Dholera is not part of the flagship “100 smart cities programme;” the DMIC Development Corporation has created its own infrastructure and social indicators criteria for smartness. The development plan for Dholera was developed by the UK-based global consultancy firm Halcrow in 2010. The global infrastructure giant AECOM was then awarded a USD 30 million 5-year extendable contract by the DMIC Development Corporation in mid-2013, for full programme management services in Dholera. The proposed land use in the project includes residential, industrial, tourism, commercial, IT, recreation sports and entertainment zones.

Unlike the 2013 Land Acquisition Act, the development planning process for Dholera makes no room for objections or ascertaining consent for the proposed township or the pooling process. There is an a priori assumption of consent built into the land pooling mechanism. The mechanism falls far short of the principle of prior informed consent as well as decentralized democratic development planning in keeping with the 73rd Amendment Act (Panchayati Raj) provisions. This oversight is made glaring by the fact that the project is to be developed through the Public Private Partnership (PPP) model. Under the 2013 land acquisition law, public private partnership projects require 70 percent consent of original land owners before a project is approved.

Dholera is being implemented under the Gujarat Special Investment Region (SIR) Act 2009 that  enables land pooling through the Gujarat Town Planning and Urban Development Act (GTPUDA) 1976. Fifty percent of the land of each owner in the area is to be “deducted” at market price, while the rest will be returned to them as “developed” plots in designated zones. A betterment charge will be levied on the original owners for the provision of new infrastructure facilities, deducted from the compensation award for half the land. Each affected family is also promised one job in the project.

The logic of land pooling rests on the principle that the development authority in charge of undertaking planned urban development temporarily brings together a voluntary group of land owners for the purpose of planning a region’s development. As there is no official “acquisition” or “transfer of ownership,” the case for compensation or rehabilitation and resettlement under the 2013 land acquisition law does not arise. The original land owner retains half the land. The “benefit” of development, or increment in land value as a result of “development,” accrues to the owner rather than the development agency. The original owner is not displaced and continues to have access to the land.

However, the incorporation of the GTPUDA into the SIR Act in Gujarat for a greenfield city poses a particular set of issues that the language of pooling obscures. The extent of land required for a new city implies the loss of a far greater extent of land than in the course of expansion of an existing city. The re-zoning of land according to a new city’s development plan implies that the original plots can no longer be retained by the owners and they have to be relocated. Original village settlements are to be protected with buffer zones. With the development of a new city, conditions invariably develop to render untenable the continuation of old rural settlements, forcing original inhabitants to move as they get priced out, or become ghettoized.

With the growth of industry, tourism, construction and other related economic activities, a severe downward pressure is exerted on agrarian livelihoods and resources. With immediate attractive returns, the push towards greater commodification of land and income from rent as opposed to existing productive agricultural activity, pose significant questions for local food security and sovereignty.

With the disruption of the agrarian economy and the rezoning and subdivision of plots, agricultural livelihoods face severe temporal and physical dislocation. The few large farmers with the holding power to wait for development of the re-zoned plots may retain their hold on agricultural activities or transition to other land uses in the area. What the majority of small and landless peasants dependent on agriculture are expected to do in the intervening years for livelihood and food security is unclear. Moreover, whether anticipated investment in the project will eventually come to fruition, and, particularly given the low literacy and education levels in the area, whether investments will ensure livelihoods and better living conditions for local residents, are moot questions.

At the moment there is little private investment on the ground in Dholera. State-level bureaucrats in charge of facilitating the project claim that investors “will come only when there is something on the ground.” The DSIR Authority plans to initially develop trunk infrastructure like roads and water, sewage and power supply systems in an “activation zone” of 22.54 square km, on land it already possesses. An official request for proposals from global applicants for infrastructure development is under process, but there is no concrete investment yet.

There is however, resistance on the ground. Farmers mobilizing against the DSIR have made several petitions to the authorities asking that their villages be exempted from the project.  Residents claim that nearly 50 percent of land records in the villages are disputed. Despite assurances, however, the district administration has not taken the requisite steps for their resolution, resulting in erroneous revenue records. The 22 villages were under the Narmada canal command area and awaiting irrigation water for many years, They were “de-commanded” once the Dholera project was announced, subsequently “re-commanded” after protests by farmers, and de-commanded again, fueling further protests. Residents also claim that the developed plots allotted to them are within the flood prone areas where they will not be able to live, graze cattle, or cultivate fields. The development plan shows that the allotted developed plots are part of area “reclaimed” from the sea. A committee called Bhal Bachao Samiti has been formed by residents to resist the project with sub-committtees in each affected village. Residents have also filed a writ petition in the High Court of Gujarat challenging the take-over of their productive land by the state. State representatives claim no knowledge of any resistance and insist that the land is not being forcibly acquired but pooled with 100 percent public consultation.

Industrialization plays a significant role in the imaginary of Dholera and the DMIC, but manufacturing in India has stagnated at 15 to 16 percent of the gross domestic product for over two decades. It is unclear why infrastructure development will attract industry to Dholera. Investment in the city is expected in the future, but ongoing resistance in the area renders this future tenuous, rife with possibilities of resistance and overthrow. Not too far away, 36 villages of the Mandal Becharaji SIR were “denotified” from another SIR in 2013 on account of intense local resistance.

The land pooling mechanism in Dholera is a disingenuous attempt to circumvent consent with its implicit assumption. If the state continues with pooling, it will have to explicitly establish consent. If it acquires land under the 2013 land acquisition law, it will have to negotiate consent, social impact assessment, compensation, rehabilitation and resettlement. Consent then is the first proverbial fish-bone for the Dholera Smart City project. Luring productive investment into the city may be the next.

Preeti Sampat teaches Sociology at the Delhi School of Economics