Various ground reports confirm that Punjab and Haryana may see a major drop in wheat production. Farmers are worried. So is the government. 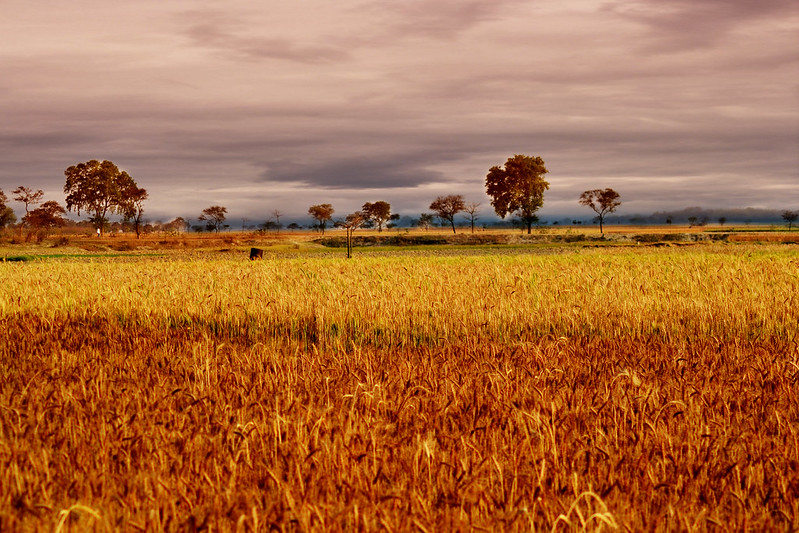 Reports of wheat harvest losses in Punjab and Haryana have already alarmed farmers. But slightly more alarmed is the Indian government. A special team has been sent to estimate the losses and the picture is not looking bright.

Wheat is already the hottest agri commodity this season. And with the plunge in northern wheat production, prices could rise further. International grain traders have already upped their share prices in the last month since the Ukraine chaos began.

Meanwhile, reports of below average wheat production in the north endanger India’s dream of exporting wheat too.

Before we get to the why, let’s discuss why wheat prices have been on the rise in the first place.

The Ukraine-Russia conflict has blocked wheat imports from the region and disrupted global wheat supplies. Given that over 30% of the world’s wheat comes from this region, agri traders and future traders have already hoarded on wheat supplies. The uncertainty over supplies has pushed many countries toward hunger. Without alternative supplies, many of these countries may experience major challenges.

Although this was a major food crisis, countries like India were hoping to convert this crisis into an opportunity. Since the crisis began Indian government and traders were banking on a good wheat harvest especially in Punjab and Haryana.

There was also talk of using reserve stocks for exports. Indian government, through Indian embassies abroad, was pro-actively seeking new markets for Indian wheat, hoping to fill the gaps. Indian agri traders were also getting a gazillion queries for wheat exports.

Farmers, on the other hand, were expecting beyond MSP rates for wheat. But as luck would it, various ground reports confirm that Punjab and Haryana may see a major drop in wheat production. It is estimated that over 20-25% harvest were lost.

Many of these areas have reports losses of around 6 quintal per acre. Harvests are yet to begin in Bhatinda, but there too ground reports indicate that it won’t be the best. Haryana too has suffered losses as farmers are complaining of bad yields. Grain traders are already looking towards states like Rajasthan and Uttar Pradesh to fill the supply gap.

But who are the culprits?

The yield loss occurred due to two factors. First, due to excessive heat, the grain size was very small this year, which directly impacted yield. The consequence of adverse weather was that many wheat grains did not mature properly and remained green. This again added to yield losses.

Farmers are also blaming the shortage of DAP fertiliser supplies at the beginning of the Rabi season 2021. To recap, all across India, DAP shortages dampened Rabi sowing. But on top of that, untimely rains in northern India negatively impacted wheat crops as well.

Now what is going to play out? Three factors – bad harvest in Punjab and Haryana, export pressures and potential inflation are going to define government policy. No doubt then that wheat prices are going to rise overall. They will continue till the time exports are allowed. Once the rates hit a peak, the government is likely to ban exports and crash prices. How many early birds can make the profit we will have to see.

The next step will be to release reserve stocks, and the government after exporting a certain quantity, will curtail exports. Overall farmers’ fate lies in the hand of the market and government intervention.

If all this is badly managed, we could see a wheat scam in the making, where like the 2015 Dal scam, corporations end up making a huge profit at the expense of the farmers, due to government negligence. Prices of wheat could also sky-rocket giving way for hoarding and adulteration .

Indra Shekhar Singh is an independent agri-policy analyst. He was director of policy and outreach, National Seed Association of India. He is the host and creator of The Wire‘s ‘Krishi Ki Baat‘ series. He tweets @IndraSsingh.