Over the years, the focus of the government and peasant organisations has gone from making agriculture profitable to different forms of de-peasantisation, and therein lies the problem. 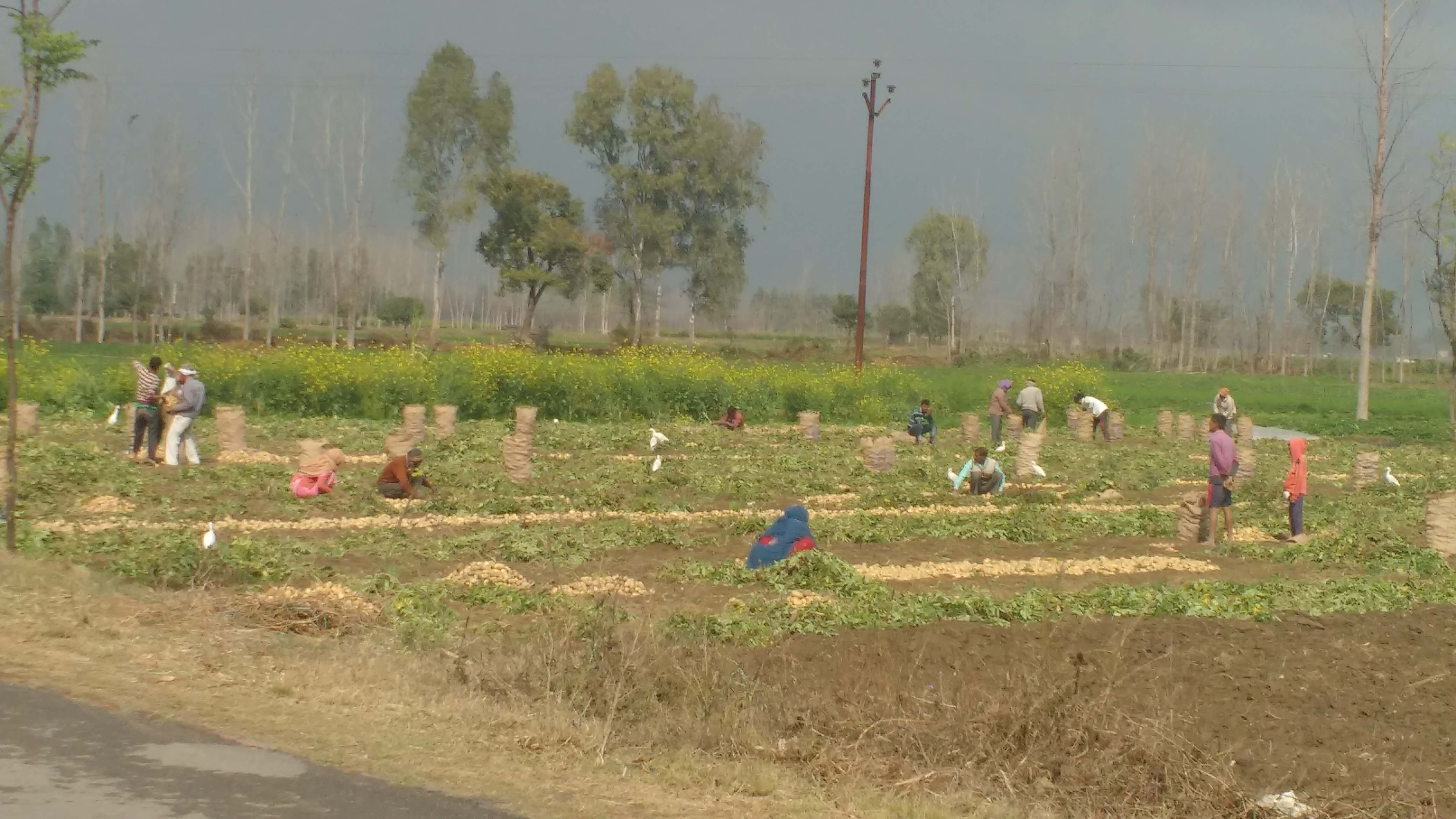 The first cabinet meeting of the newly-elected BJP government in UP, which took place on April 4, announced a Rs 30,729 crore scheme waiving crop loans up to Rs 1 lakh for small and medium farmers. In addition to this, Rs 5,630 crore was allocated for writing off bad loans of around seven lakh farmers, which had become NPAs for banks. This takes the total amount allocated for loan relief to Rs 36,359 crore.

Though there has been criticism from the opposition for limiting the waiver to crop loans alone (which comprise only one type of agricultural loans – other types include loans through Kisan Credit Cards and investment loans for buying farm equipment), a majority of people have lauded the BJP for fulfilling a promise it made to UP’s farmers during the assembly polls. Though previous loan waivers like the Agricultural Debt Waiver and Debt Relief Scheme of the UPA government in 2008 have included both crop loans and investment loans, and though the current scheme only waives around 33% of the existing loan burden of UP farmers, it will certainly provide some timely relief. However, its benefits will be limited to around one-third of the total farmer population of the state, with the UP chief minister’s office itself putting the numbers at around 86 lakh (out of a total of around 2.30 crore farmers).

UP’s political significance is well known, but the state is no less significant agriculturally. It is India’s biggest producer of wheat, potatoes, sugarcane and milk, and the second biggest producer of rice and grams. More than 50% of the state’s population is engaged in agriculture, which makes farmers the most influential group of voters in UP. Though not occupationally organised, their votes matter a lot and being perceived as pro-farmer has historically been the necessary requirement for being a popular political force in the state. This is why green has always been part of the flags of mainstream parties in north India, and leaders like Mulayam Singh, Ajit Singh, V.P. Singh or Chandrashekhar, not to mention Morarji Desai, Devilal and Chaudhary Charan Singh, have always tried to portray themselves as the farmers’ leaders.

During the 2012 elections, one of the biggest factors that went against the Bahujan Samaj Party government was its image of being “anti-farmer”, after agitations against land acquisition in Tappal and Bhatta Paarsaul. It is for this reason that the BJP aggressively wooed the farming community in UP and has fulfilled the promise made to them, keeping in view the 2019 Lok Sabha elections. While farmers continue to be a dominant factor in state politics, peasant politics in UP and in India has certainly come a long way since the post-independence era. Immediately after the independence, the focus of the five-year plan led development efforts by Jawaharlal Nehru and his associates were more directed towards industry, despite the dismal state of agriculture. For agriculture’s betterment, institutional changes like land reforms were relied upon, which had limited success. It is interesting to note that the first challenge to Nehru’s policies like cooperative farming came from none other than Charan Singh, a Jat politician of western UP who was one of north India’s biggest farmers’ leaders and going on to become the country’s prime minister.

The reliance on food imports and the humiliating conditions of a US food grant under the PL-480 plan forced India to change its strategy. Instead of institutional measures and efforts to improve the state of agriculture in all areas, the government zeroed in on those areas that were doing well in the sector. These regions were given access to better infrastructure and technological measures – such as high-yielding variety seeds and fertilisers. Farmers were assured procurement and a Minimum Support Price (MSP). This strategy, popularly called the green revolution, changed the agrarian scenario of India.

The green revolution saw farmers prospering, leading to the emergence of the ‘bullock capitalists’, or a prosperous peasantry. Peasant organisations, aimed at securing the interest of these ‘kulak farmers’ who benefited heavily from the green revolution, mushroomed across India. The Rajya Ryot Sangha rose in Karnataka, the Tamil Nadu Agriculturists’ Association in Tamil Nadu, the Shetkari Sanghatana in Maharashtra, and the Bharatiya Kisan Union (BKU) in UP, Punjab and Rajasthan. The term “bijli kisan” came to explain this category of farmers – those who were using modern tools, techniques and methods of farming. These organisations demanded guaranteed procurement of their produce, increase in MSP and cheaper input costs. And since most of them were benefiting from government-led agricultural loans to modernise their farming (through tractors, diesel-electricity pump sets, etc.), the demand for loan waivers became a regular feature of their agitations.

Soon they became a force to be reckoned with – their support or opposition could overthrow governments and their dharnas could bring the system to standstill. In 1983, the KRRS’s opposition to the Gundu Rao government in Karnataka helped Ramakrishna Hegde come to power; in 1984, in the Nipani agitation of the Shetkari Sanghatana, farmers blocked the Bangalore-Pune highway for 24 days; in 1988, the BKU led a dharna at the Delhi Boat Club. Because of being geographically close to Delhi, the BKU emerged as the biggest mobiliser of peasants in north India – their protests had the power to shut down the national capital. The strength of the BKU and the rising clout of its leader Chaudhry Mahendra Singh Tikait could be gauged from the fact that in 1987, then UP chief minister Veer Bahadur Singh came to Sisauli (BKU’s headquarters) to address a rally and was made to sit in the open, without any shade or stage, in the August heat. In December 1990, after the BKU extended covert support to the Janata Dal (which contributed to the party’s victory both in the Lok Sabaha and Vidhan Sabha elections in UP) then Prime Minister Chandrashekhar came to Sisauli to address a rally along with deputy prime minister Devilal and UP chief minister Mulayam Singh Yadav.

It was Mulayam who first broke the magic of the BKU, when he had Tikait arrested during one of his rallies in July 1990 while the police also arrested and lathi-charged BKU members coming to Lucknow for the rally. 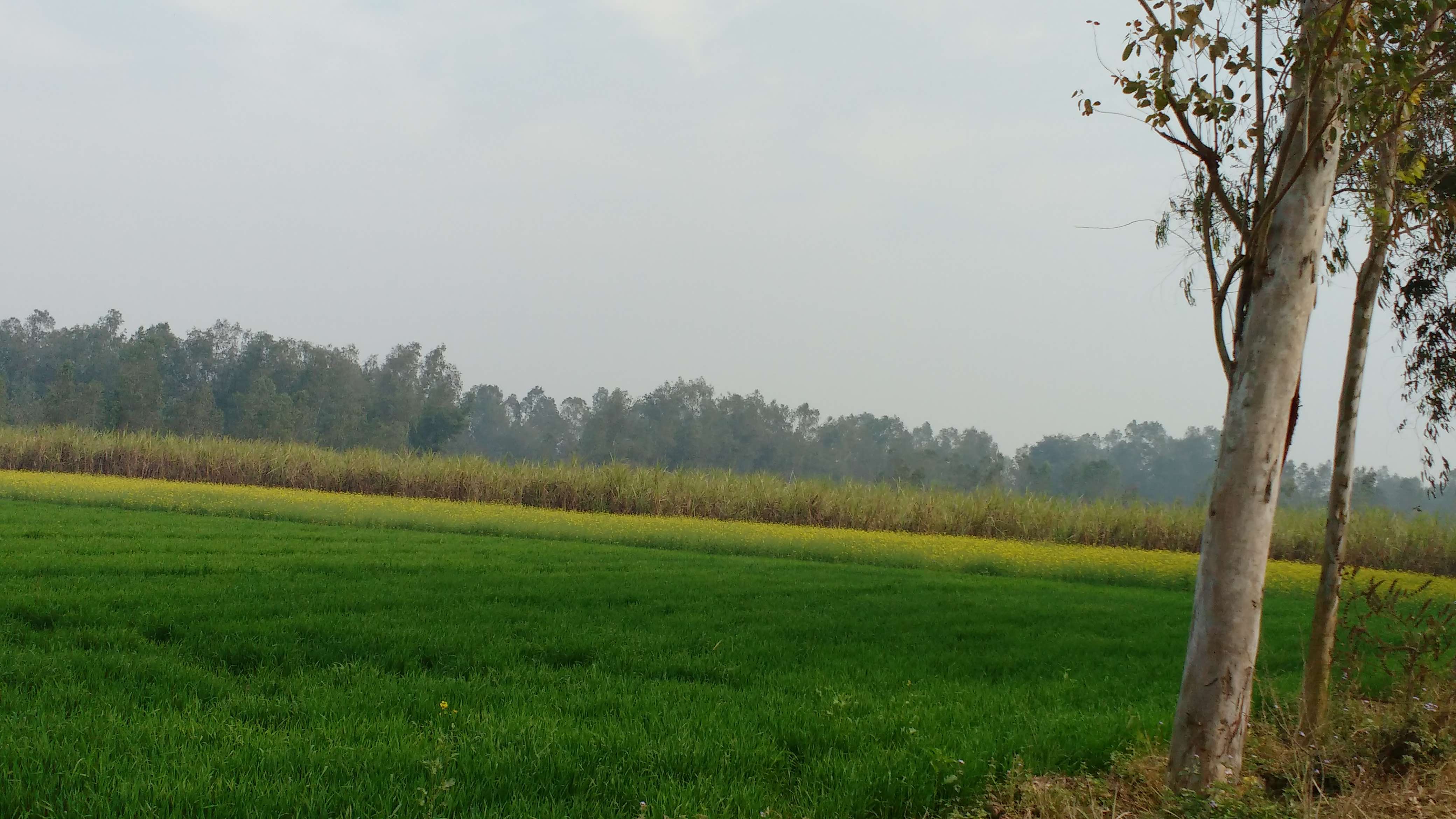 Things began changing in the 1990s, with the advent of the ‘new economic policies’ regime as governments started decreasing their investment in agriculture. At the same time, due to WTO obligations, the protection that Indian agricultural produce enjoyed from the vagaries of the global market came to an end and cheap agricultural imports were visible in Indian markets. The slowing down of benefits of the green revolution, unfavourable terms of trade for agriculture and a drop in fertility and water tables made matters worse.

Completing the squeeze was the weakening of farmers’ organisations, which robbed them of their bargaining power. One significant reason behind this was the rise of unprincipled opportunism and in-fighting in the organisations. The BKU, for example, while not directly involved in electoral politics, flirted with all mainstream political parties, including the Janata Dal, the Samajwadi Party and the BJP, promising support in return of favours. This led to a weakening of its legitimacy and influence, so much so that when it actually floated a party – the Bharatiya Kisan Kamgar Party – it fared abysmally. The party, with Ajit Singh as its president, contested elections in 1996, and despite being a part of the United Front with the Janata Dal and the SP, could win only eight of the 38 seats allotted to it. It lost even in its strongholds in western UP.

This loss of power and influence could also be seen in the efforts to build an all India peasants’ union, to increase the strength of peasant lobbies. Initially, the BKU and the Shetakari Sanghatna, the two main organisations, refused to come under a single umbrella because of the ambitions of their respective leaders, Tikait and Sharad Joshi. Later, when the plan did make some progress, mainly because of the efforts of other leaders, there was another falling out. In the inaugural rally of the union at Delhi’s Boat Club in 1989, Tikait supporters roughed up Joshi and his supporters, and pushed them off the stage. Joshi had to be admitted to a hospital.

The current scenario is depressing; the crisis in agriculture has not just persisted but has become more acute. Various surveys and agricultural censuses reveal that there is excessive pressure on land, with unabated fragmentation leading to decreasing sizes of average landholdings. Costs of inputs are increasing, along with the reduction in the prices of agricultural produce in real terms. Climate change is leading to frequent crop failures and farming is becoming a loss-incurring business.

The National Sample Survey Offices’s 59th survey revealed that 40% of farmers said they disliked farming and would quit given a chance. The Farm Business Income – the difference between the value of produced output and the cost incurred in producing it – has been dropping since the late 1990s. Further, farmers’ suicides in UP, previously limited to the Bundelkhand region, are being reported from all parts of the state, including the relatively prosperous region of western UP.

Peasant politics is also not capable of making things better, as most of the peasant agitations that happened in the past decade or more have revolved around the issue of land acquisition. Their target has been to get a better deal from the state through higher prices. These movements are not like the past BKU movements, but mostly defeatist. They are facilitating the process de-peasantisation and peasants’ loss of land, albeit for a higher price.

In this situation, chief minister Adityanath’s decision to waive loans, though welcome, can only give temporary relief to the state’s farmers, failing to rescue them from the vicious circle of decreasing farm incomes, rampant crop failures and resultant debt trap. Any attempt aimed at improving the agriculture sector in UP – or elsewhere in India – has to creatively engage with these problems and aim at increasing the profitability and sustainability of agriculture. Otherwise, it will meet the fate of the much talked about relief packages for Bundelkhand, which continues to face a debt crisis, despite thousands of crores of rupees being allocated to it in the past, precisely because of a lack of a holistic vision.