Through their work, farmers in Odisha's Nuapara district are showing the need for eco-friendly agriculture and self-reliance in rural farming communities. 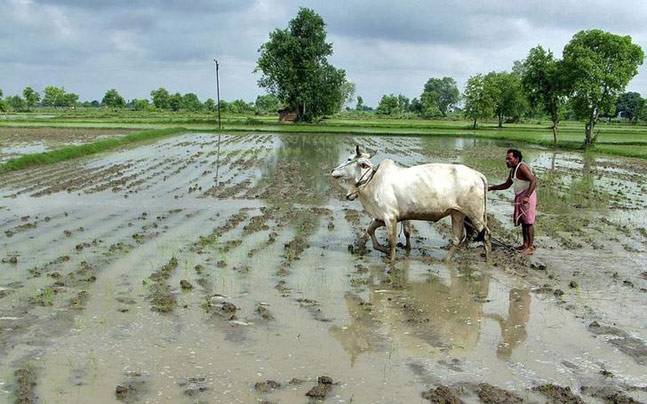 The overall thrust of the government’s policies should be towards minimising the costs borne by farmers by helping them become self-reliant, not just at an individual but at a wider community level. Credit: Reuters

This is the second in a two-part series of reports on sustainable agriculture. Read part one here.

If a two-acre farm brings prosperity to a family, it is certainly good news. It is even better if the prosperity is achieved on a low-quality land. 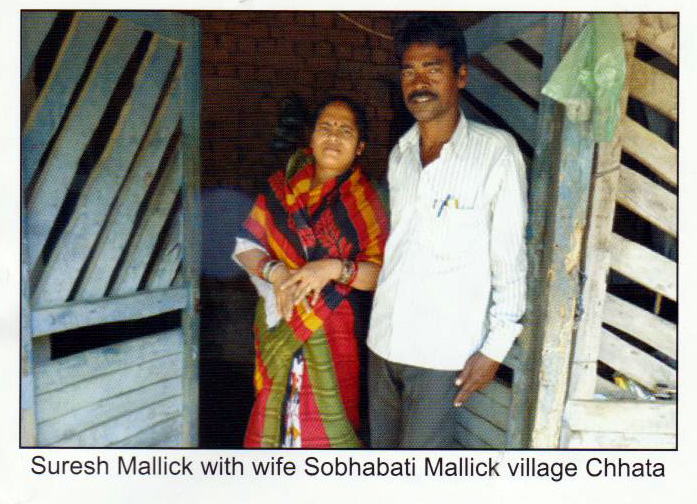 The small farm of Suresh Mallick and Shobhavati Mallick in Chhata village of Nuapara district in Odisha is a harbinger of hope for local farmers. The land was earlier considered to be of the lowest quality in the village and hence, had not been cultivated for some time. The same land is now replete with the greenery of highly diverse crops, thanks to the hard work and careful planning of the husband and wife team of Suresh and Shobha. Suresh, who was earlier a Gandhian activist, is a firm believer in organic farming. Using his innovative mind and plentiful high quality composts, he has made the once unproductive land fertile.

Suresh and Shobha’s farm has paddy, pulses, mangoes, oranges, bananas, papayas, coconut, lemons, jackfruit, anvla, beans, bitter gourd, carrots, sugar beet, onions, turmeric, ginger, chilly, coriander, supari and pomegranates among other crops. More mango and lemon trees are being planted. Suresh is an expert grafter. The farm’s yields have been encouraging for him as the costs have been very low.

Bhaja and Savitri live in Reng village of Nuapara block. They cultivate their farm, which is on the outskirts of the village, in such a productive way that apart from providing healthy food to all family members, the farm also generates a net cash income of well over one lakh rupees in a year. They said that they had shifted to organic cultivation and were happy with the much tastier and healthier  food that they now ate. They grow a wide diversity of grains, legumes, vegetables, fruits and oilseeds. Bhaja and Savitri used their increasing net income to provide better education to their daughters, one of whom is in college at the time of my visit. 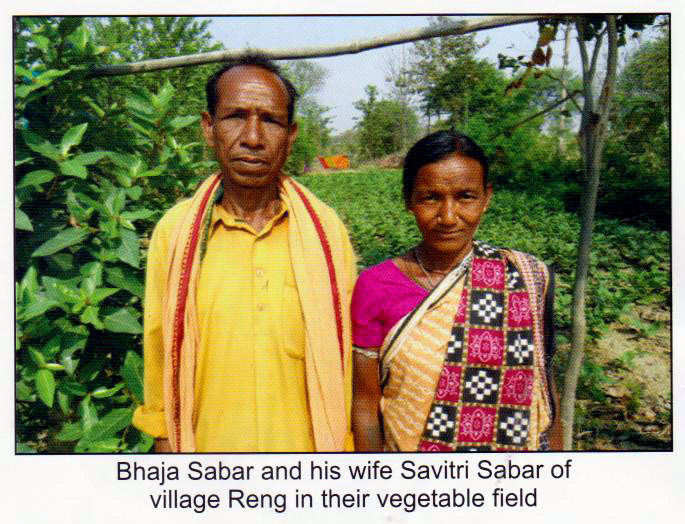 What is common to both of these couples is that they were helped by a social organisation Sahbhagi Vikash Abhiyan (SVA) which is guided by Gandhian precepts of Swaraj and self-reliance of rural communities. The organisation encouraged and helped these and several other farmers to follow their principles for a good yield. The SVA has emphasised on mixed farming practices, organic and self-reliant farming, collection of traditional seeds, small-scale food and agri-processing including small rice mills located close to farmers, safe storage, and mobilisation of village farmers’ groups for collective action. By following the SVA’s principles, the livelihoods of many farmers have seen significant improvements.

These are only a few of the several scattered examples of successful small farmers who are not only doing well at the level of their own economic well-being but in addition, are also taking very good care of the environment while following a sustainability model. One factor common to all of them is that they had given a lot of importance to reducing their costs. All of them tried to minimise cash expenditure on farming and instead, concentrated on better use of local resources to increase or maintain their farm yield. The farmers wanted to be self-reliant and in the process, make the whole farming community self-reliant. Initially, most of them were helped by organised social groups but they also brought in their own creativity to a great extent.

All of them have opted for ecologically protective methods which, over a period of a few years, has greatly helped in improving soil conditions, ensuring the survival of various insects, birds and pollinators. The methods have also helped in better absorption and retaining of moisture and hence, created conditions for more productive farming and that too, at a very low cost.

These ecologically protective methods have clear policy implications. Most of the government’s policies so far have been exactly in the opposite direction. Most policy interventions have led to great environmental damage, which is now likely to increase with preparations being made for a bigger role for genetically modified (GM) crops. They have decreased the self-reliance of rural communities, thus reducing the role of free local resources while increasing cash expenditure at all levels. This trend is set to increase and with this, the overall costs of farming will increase further. At the same time, ecological damage will increase the problems of farmers in various ways. Hence, what we need are not just loan waivers but a long overdue correction of highly distorted policies to clear the way for genuine progress of farming based sustainable livelihoods in our country.

Several economists have already emphasised the need for significantly increasing public investment in agriculture and related activities, but often they fall short of indicating which areas this investment should increase in. If investment continues to increase only in big dams and expensive inputs including ecology disrupting agri-chemicals, it will be of no help to sustainable-farming-based livelihoods of small farmers. What farmers like Ramrati and Suresh Mallick are telling the government through their work is that the investment should increase in eco-friendly agriculture, collection of traditional seeds, small-scale conservation and collection of water and in increasing the greenery of villages using indigenous species of trees. Mobilisation of farmers groups for collective action and cooperation should be encouraged. The overall thrust of the government’s policies should be towards minimising the costs borne by farmers by helping them become self-reliant, not just at an individual but at a wider community level.