Is the Agricultural Package Addressing Challenges Small Farmers Face in a Pandemic?

The stimulus package has not made clear whether or how small farmers will really benefit. 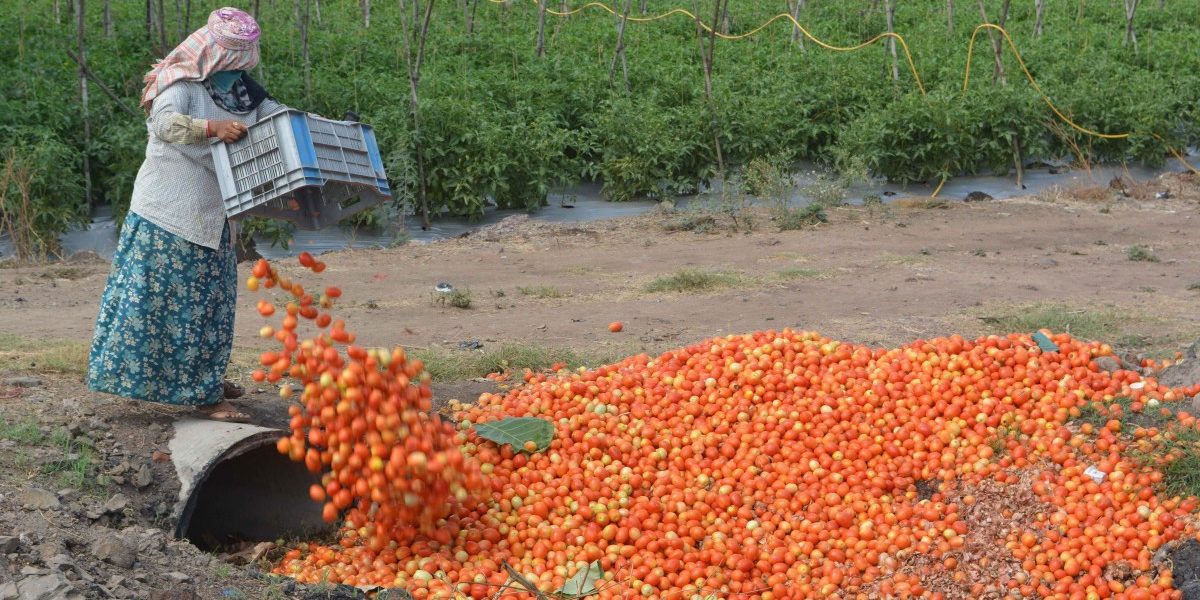 A farmer throws away tomatoes he grew in Maharashtra's Karad, after prices crashed because of rumours around the spread of coronavirus. Photo: PTI

As agricultural activities are in full swing due to ongoing rabi harvest and forthcoming kharif sowing, the continuing lockdown in India is pushing small farmers further to the margins. While various governments (both Central and states) have announced relaxations for agricultural activities and support for farmers, impact of the lockdown can be seen in terms of difficulties in marketing perishables, transporting inputs, credit availability and basic necessities for the farming community.

While the first stimulus package remained almost ineffective in easing the situation for small farmers, the impact of the recently announced package for agriculture is still awaited. Finance minister Nirmala Sitharaman on May 15 announced 11 measures to strengthen agricultural infrastructure logistics, capacity building, governance and administrative reforms.

Amidst all political claims and the spread of the pandemic, the suffering of small-scale farmers continued. As small farmers are largely dependent on horticultural crops, livestock and fish farming, which provide them a niche market and regular income flow, they end up losing their incomes when supply chains are not working at full capacity.

Not only is the marketing of perishable commodities affected, food loss and wastage have also gone up because of blockades in transportation routes. These blockades are likely to impede the small grower’s access to the market and prevent them from selling their marketable surplus.

Listen: ‘Lack of Clarity From Centre Contributed to Losses Suffered by Farmers’

It has been reported by various media sources that due to broken supply chains, farmers are spilling milk on roads and destroying vegetables. For instance, Gujjar community members (mainly engaged in the dairy business) in Punjab are having a hard time selling milk due to the decrease in demand from hotels and restaurants. Similarly, across the nation, small farmers are selling perishables at throwaway prices locally due to excess supply. On the contrary, the prices of these products are sky-rocketing in the cities, due to shortages and limited transportation.

Small farmers diversify their livelihoods to enhance the level of their household income as crop income remains insufficient. So, the income from livestock, fisheries, bee-keeping, poultry, non-farm wage etc. are as important as crop income for small holders. Sometimes, to cope with an unforeseen situation, they also adopt ex-post mechanisms such as a reduction in consumption expenditure, selling of animals, implements and other assets, increase in use of family labour and distress sale of assets to cope with losses.

At this time, if sufficient support is not provided, it is likely that these farmers may forcefully adopt negative coping strategies such as decapitalisation of their assets, which make them more vulnerable. These measures result in not a transitory loss but a permanent loss in income.

In rain-fed agriculture, which constitutes a substantial area in India, farmers’ livelihoods remains fragile even in normal times. Therefore, they significantly depend upon income from wage work, non-farm work and other agriculture-related activities. If wage work remains unavailable for longer periods and no immediate measure is taken for allied sectors, the crisis for these farmers may lead to fatalities. 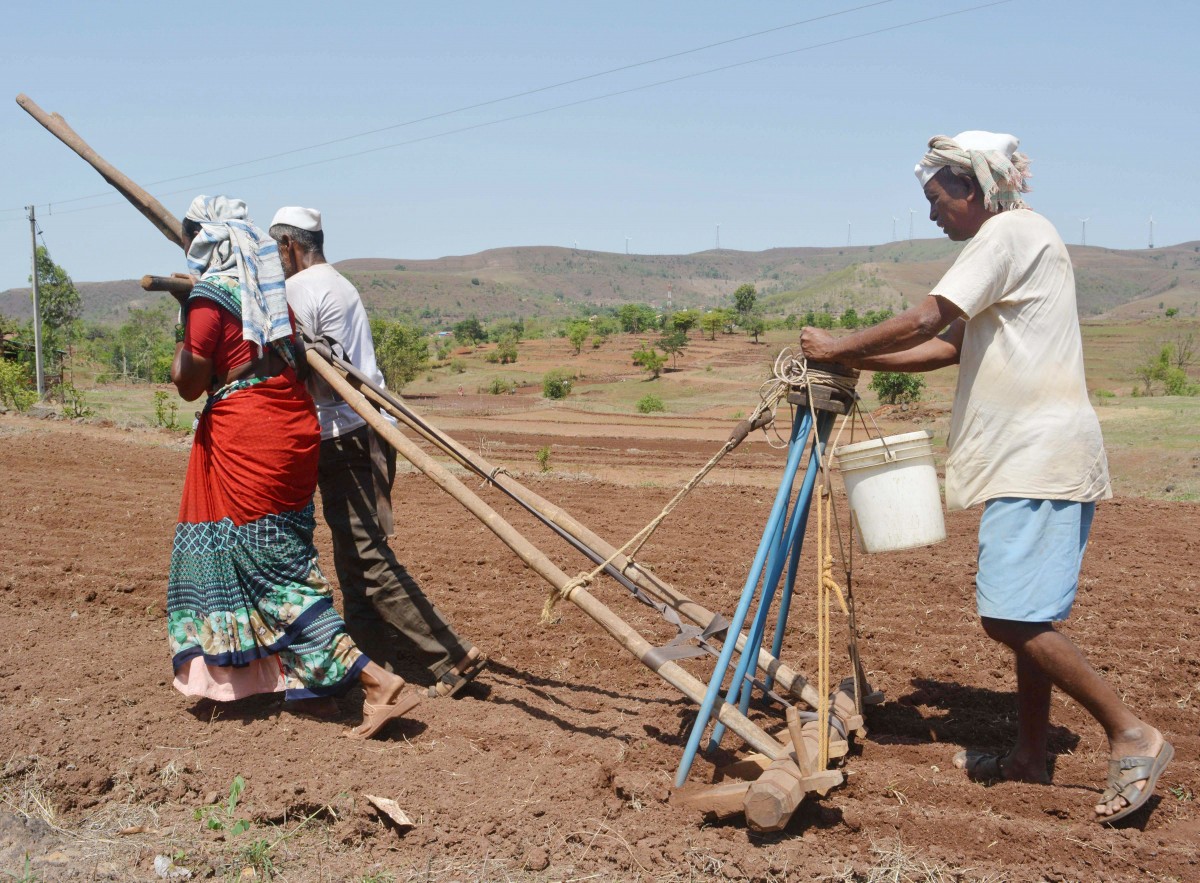 As large numbers of migrants are returning to their respective villages, they are likely to join farming activities. So, active support of the agriculture and related departments in the states is needed to carry-out farm activities. A vast network of various departments from the state to village-levels (such as research, extension, education, marketing, agro-processing etc.) exist to regulate agriculture and allied sectors.

This administrative machinery in various states should extend its support to sustaining services such as marketing, while maintaining social distancing norms, hygienic practices and other mandatory precautions. As these departments work at the grassroots levels and directly with farmers, they can design and implement tailor-made policies for small-scale farming.

Various measures announced by the Union government to support agriculture seems quite complex and confusing, due to several reasons. Firstly, a majority of these measures are similar to Budget announcements made last February. So, it is not clear that how much extra financial support has been granted for agriculture apart from budgetary provisions. Secondly, the gestation period of most of the measures seems to be long-run and do not really address the current challenges. Thirdly, how will reforms in APMCs, essential commodities acts and contract farming benefit farmers and especially small holders?

In the latest Union Budget, various new initiatives were announced about improving marketing, supply chains, storage and allied activities etc. It made provisions to enhance the capacity and quality of storage in the country at the block/taluk level. To strengthen the supply chain for primary products, and provide market linkages to perishable products namely, fish and milk nationally and internationally, two schemes – Kisan Rail and Krishi Udaan – were also announced in the Budget.

The Budget had made a special provision for an integrated farming system in rain-fed areas through a mix of multi-tier cropping, bee-keeping, solar pumps, solar energy production and furthering Zero-Budget Natural Farming. The recent announcements seem to be quite similar in terms of providing support to agriculture and especially small-scale farming. However, the announcement was not backed by budgetary numbers. Now, the recently announced economic measures must clearly detail out the budgetary provisions for each objective.

As far as the gestation period of the economic package is concerned, it is less likely that it will resolve immediate challenges. Significant funds (Rs 1 lakh crore) have been allocated for building infrastructure projects. Similarly, Rs 10,000 crore has been announced for the formalisation of micro food enterprises and Rs 20,000 crore for the Pradhan Mantri Matsya Sampada Yojana for the development of marine and inland fisheries.

Most of these announcements are meant for developing infrastructure in marketing and processing, which may take much longer than expected. However, the immediate challenges are in terms of providing village-level marketing solutions and readily available logistics such as transportation of produce.

Further, it has been assumed that these institutional reforms will benefit small farmers. Firstly, amendments to the Essential Commodities Act are a step to deregulate stock limits of cereals, edible oils, oilseeds, pulses, onions and potato for processors or value chain participants. This will not improve the situation for farmers, but worsen it further.

Since the storage capacity with small farmers remains limited and they often sell their harvest immediately, these farmers will not hoard for profit making in future. On the contrary, it may lead to hoarding with traders and an uncontrolled price hike.

As mentioned by the finance minister last Friday, there will be a Central law to provide adequate choices to farmers to sell their produce at remunerative prices in markets other than APMC. It is expected to strike at corruption associated with the APMC across states and farmers would get a remunerative share of their produce. Nonetheless, it is not very clear how this will benefit small and marginal farmers, as the cost of transportation will negate the possible gains.

Secondly, e-trading is going to be difficult given the previous experience of poor working of e-NAM and digital technology with small farmers. It seems that the timeline to set up a new market (e-trade) for agricultural produce is also not chalked out yet, which adds further uncertainty about the benefits of this move, especially to the small growers.

To secure the livelihoods of millions of small and marginal farmers in India, mere announcements will not divert the crisis during a pandemic. Some of the challenges can be resolved without much economic cost, such as decentralisation of decision making at district- or village-level.

India has diverse agro-climatic zones which require planning and solutions at the local-level. Similarly, strategies for small-scale farming as well as farming in the fragile regions such as rain-fed/drylands should be devised in a focused manner. Cooperatives, collectives and farmer-producer organisations along with grassroots level administration should be empowered to prioritise the needs and solutions to address those.

Gurpreet Singh is a policy analyst at the Centre for Budget and Governance Accountability), New Delhi and Rajeev Sharma is a senior research analyst at the Institute of Economic Growth, New Delhi. Views expressed by the authors are personal.