The Rashtriya Kisan Mahasangh, an umbrella body of the organisations, has been protesting against the contentious laws in several states. 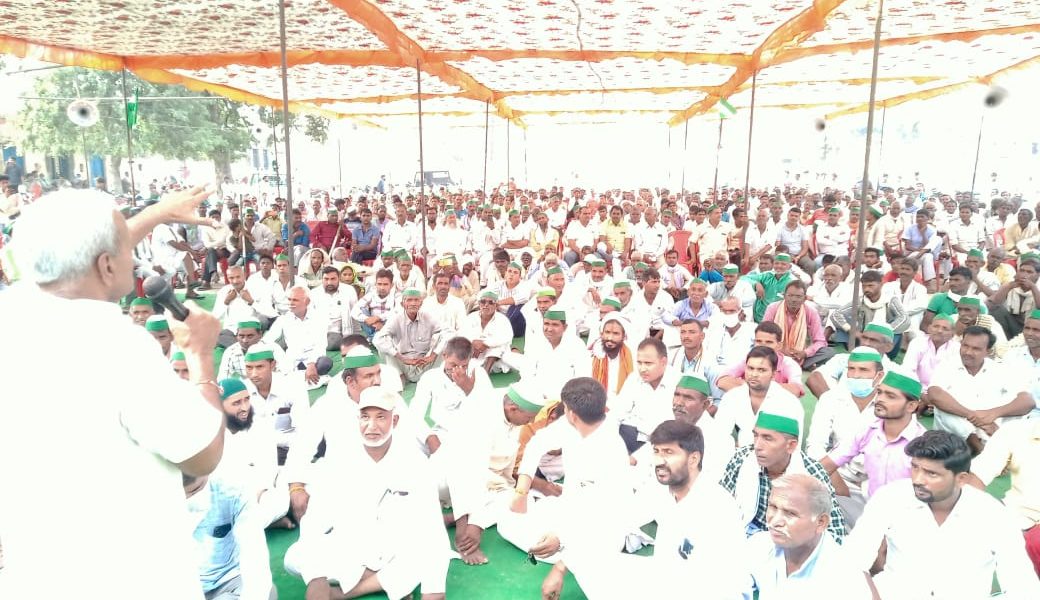 RKM members protest against the farm laws in Uttar Pradesh. Photo: By arrangement.

Mohali: A day after farm leaders walked out of their meeting with the agriculture secretary and tore copies of the contentious farm laws in New Delhi, the Rashtriya Kisan Mahasangh (RKM), an umbrella body of 180 farmers’ organisations wrote to the chief ministers of all states asking to take the protest to the Supreme Court.

The RKM which describes itself as a ‘non-political body’, has asked the states that they fight the non-federal way in which the laws were passed in the apex court.

Rashtriya Kisan Mahasangh’s national convenor Shiv Kumar told The Wire that they have urged all the states, especially those not ruled by the Bharatiya Janata Party (the Central government of the party passed the laws through the parliament), to come forward in this fight on the grounds of federalism. RKM members protest against the farm laws in Madhya Pradesh. Photo: By arrangement.

“Our constitution lets state governments take decisions on some matters. Agriculture is one of them. But ever since the Modi government has come to power, we have seen that they have superseded the role of the state governments,” Kumar said.

He added that mere protests by the Punjab government are not enough and the state assembly must pass a resolution against the laws. Reportedly, Punjab’s state assembly will convene on October 19 to take a definitive stand of the Centre’s three farm laws.

The letter lays out the legal argument against the three farm laws. Besides this, it also asks state governments to fix the minimum support price for all agriculture produce as per the M.S. Swaminathan commission’s C2+50 formula.

The letter also urges state governments to write to the Centre to “come out of the World Trade Organisation and all Free Trade Agreements to avoid entry of agricultural products as imports from other countries.” The three pages of the letter written by the RKM to state chief ministers, on the farm laws.

Kumar told The Wire that on November 3, his organisation, the RKM, will meet various other farmers organisations, including those affiliated to political parties to discuss how to take this movement forward at the national level.

“In the meeting, we will decide on the future course of action and assess the demands of each stakeholder, even the ones who are the wings of political parties,” he said. 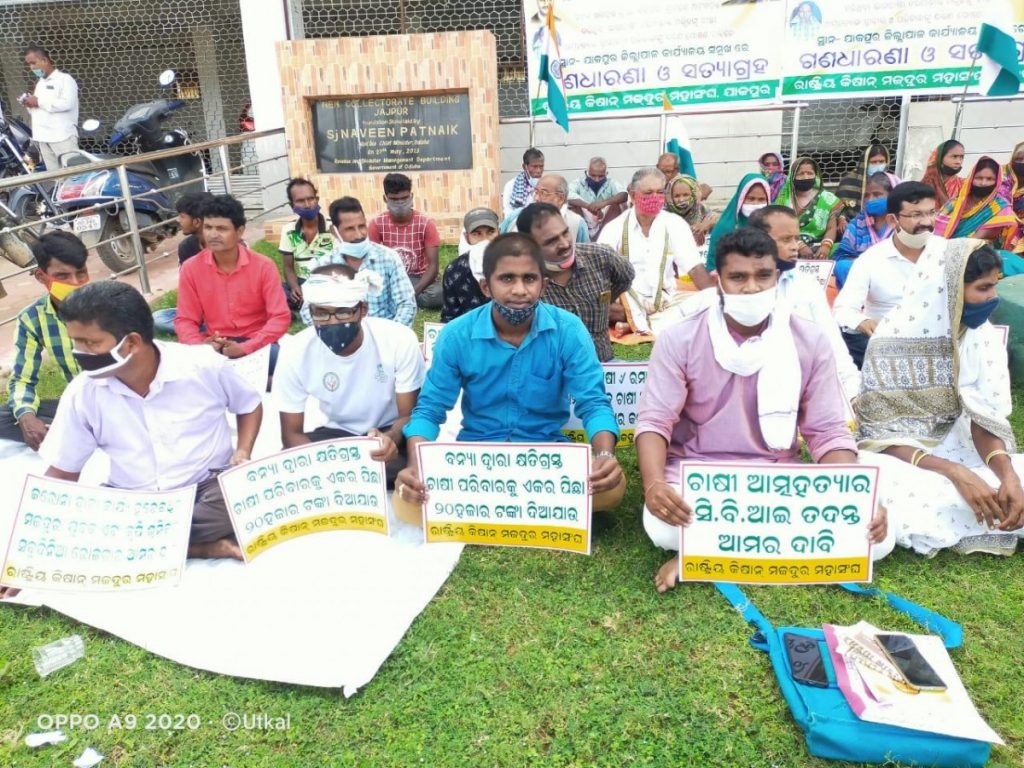 RKM members protest against the farm laws in Odisha. Photo: By arrangement.

The RKM is set to meet the protesting unions from Punjab, Haryana and the All India Kisan Sangharsh Coordination Committee (AIKSCC).

The RKM has been protesting against the contentious farm laws in various parts of the country. They have taken out rallies in Madhya Pradesh, Uttar Pradesh, Odisha, Rajasthan, Punjab, Haryana, Kerala and Karnataka among other states.

Dallewal is a part of the 31 farmers’ organisations that are actively protesting the farm laws in Punjab and are instrumental in the ‘rail roko’ (occupy rail tracks) protests.