According to a recent ordinance, the state government wants private traders to contribute up to Rs 2 for sales amounting to Rs 100 towards the Krishak Kalyan Kosh.

This was proposed to be utilised for the development of mandi infrastructure, purchase of crops on minimum support price (MSP) and implementation of market intervention schemes to deal with the fall in market prices.

In compliance with this budgetary announcement of the Krishak Kalyan Kosh, the Rajasthan Agricultural Marketing Board sought loans of Rs 2,000 crore from banks.

However, upon receiving directions of the state cabinet, the Board transferred Rs 1,500 crore to the state agriculture department for payment of its premium share under the Pradhan Mantri Fasal Bima Yojana (PMFBY).

Also read: In Rajasthan, No Respite for Nindar Farmers Resisting Land Acquisition for Over a Decade

“We had orders from the government to transfer the amount [Rs 1,500 crore] from farmers’ welfare fund to the agriculture department for PMFBY. It was a cabinet decision and the government has taken consent of the Governor,” Laxman Sharma, secretary at the Rajasthan Agricultural Marketing Board, told The Wire. 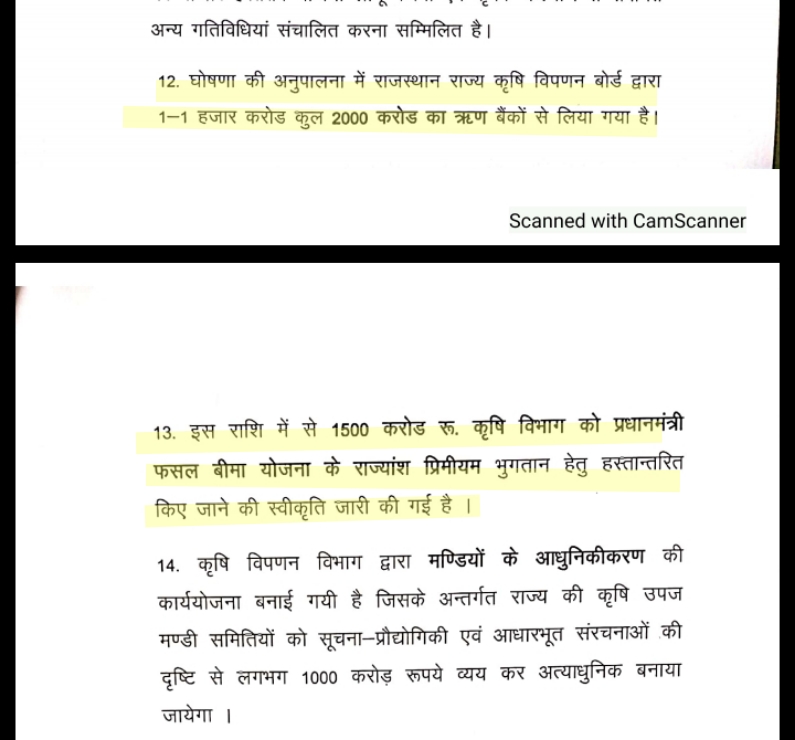 As per officials, use of funds of the Krishak Kalyan Kosh, meant exclusively for the purpose of developing mandi infrastructure, to pay state’s share of the PMFBY premium is in the ‘interest’ of the farmers. “Yes, the funds have been transferred but it is for famers’ welfare itself,” said Meena.

Using the funds of the Krishak Kalyan Kosh for paying the PMFBY premium could be a temporary arrangement of the state government, but noticeably, the state budget has been consistently silent on its allocation to the PMFBY. In the Budget 2019-20 and 2020-21 documents, the state government has allocated Rs 1,050 crore and Rs 1,041.48 crore respectively for the weather-based crop insurance scheme, but PMFBY finds no mention.

In fact, utilisation of this Krishak Kalyan Kosh has been repeatedly questioned in the state assembly. The government did not answer any queries.

Narayan Singh Deval, a Bharatiya Janta Party MLA from Raniwara constituency on January 22, 2020 had asked, “Since the formation of the Krishak Kalyan Kosh [in 2019], how much has been spent from the fund for the benefit of the farmers? Place the details on the table of the House.” But this query did not receive any response. 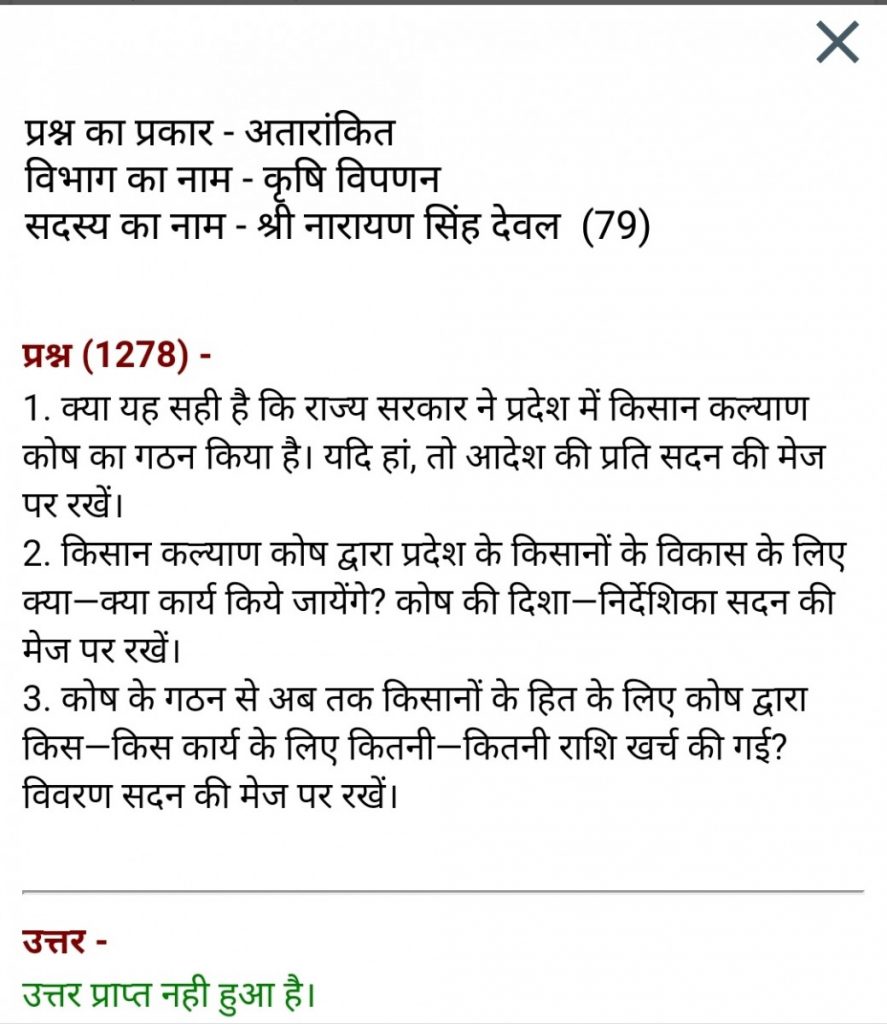 It was also provided that every market committee in the state would pay a maximum of 5% of its income, derived from licence fees, market fees and fines imposed by courts, to the earlier similar fund named Kisan Kalyan Kosh.

However, the recent 2020 ordinance added an additional cess called the Krishak Kalyan fees on licensees, set as Rs 2 per hundred rupees for all crops. “Market fees was already charged from the traders but now they will have to also pay Krishak Kalyan fees that would be completely contributed to the Krishak Kalyan Kosh. This cess will help to maintain a steady flow of funds,” Tara Chand Meena, director at the state agricultural marketing department told The Wire.

Also read: PMFBY: 50% of Farmers’ Dues Being Paid in Only 30-45 Districts, Agri Ministry to Probe

Soon after the announcement of this ordinance, the mandis across Rajasthan went on strike protesting against the amendment.

Mandi associations have claimed that the hike in market fees would only further reduce the price of the agricultural produce at the farmers’ end.

“At present, the farmers are not able to sell their produce on MSP because the traders deduct the charges levied on them from the purchase price. The trick is simple, the traders have to pay for the labour that grades and packs the produce and the truck fare to transport the purchased produce, so they make sure that they are able to pull out the money spent by purchasing the produce at a relatively lower rate. They do this by keeping the rate of bidding low,” Ranjit Singh Raju at the Gramin Kisan Mazdoor Samiti in Sriganganagar told The Wire.

“In case of this market fees too, the burden will be passed on to the farmers,” he added.

Farmers and private traders are under an impression that the additional cess of Krishak Kalyan fees is being collected to pay state’s PMFBY premium share. “If one looks at this cess and its usage, then it implies that now the farmers will also have to pay government’s share of PMFBY premium?” says Raj Kumar, a farmer from Rawatsar district.

Following protests at the mandis across the state, Gehlot on Thursday reduced the Krishak Kalyan fees rates from Rs 2 per 100 as earlier notified by the state government on May 5, 2020, to Rs 0.01 and Rs 1.60 on certain agricultural commodities.

Similarly, for agricultural produce including oilseeds, pulses and wheat, whose market fees is Rs 1.60 per hundred, the Krishak Kalyan fees would also be charged on the same rate.