Farmers feel neglected and say apart from offering to waive loans, the government does not have any long term solutions. 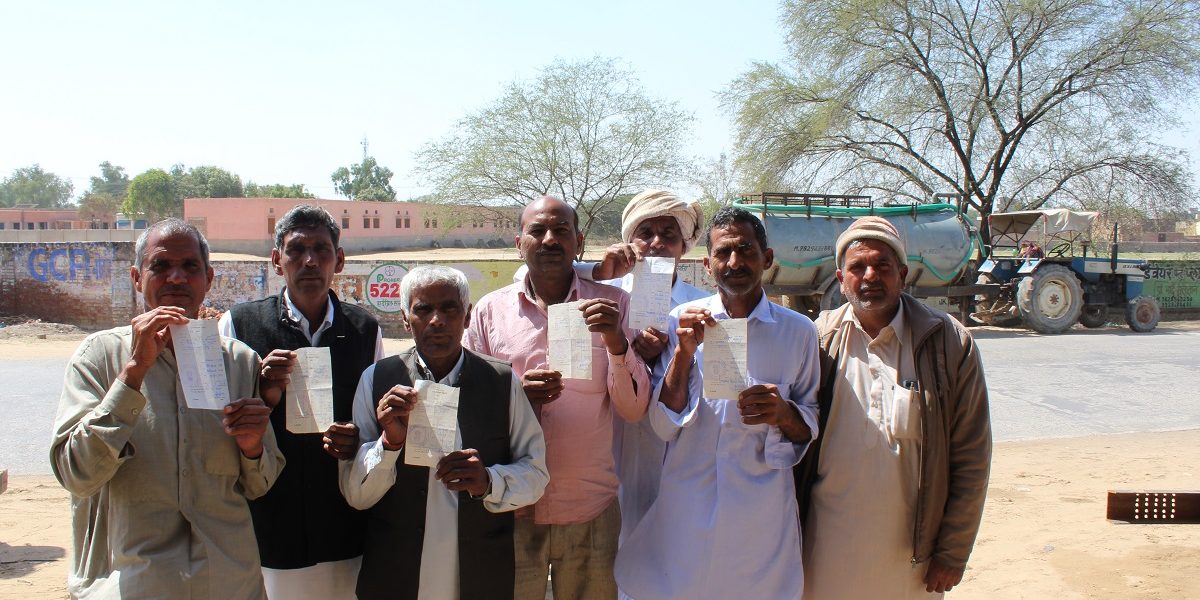 Nohar/Rawatsar (Hanumangarh, Rajasthan): The biggest talking point in Neolkhi – a small village in the interiors of agriculture-dependent Hanumangarh in Rajasthan – has been Maya Devi, a widow from Chalasari village in Rawatsar tehsil. Her 25 bighas of land was auctioned at a throwaway price of Rs 11 lakh in January this year. Usually, the rate for one bigha in the region is approximately Rs 4 lakh.

Discussing the matter at a makeshift vegetable mandi in Neolkhi, the old men of the village have just one thing to say. Had the bank given her the option to repay the loan by allowing her to sell the property, she could have saved nearly 20 bighas of land. 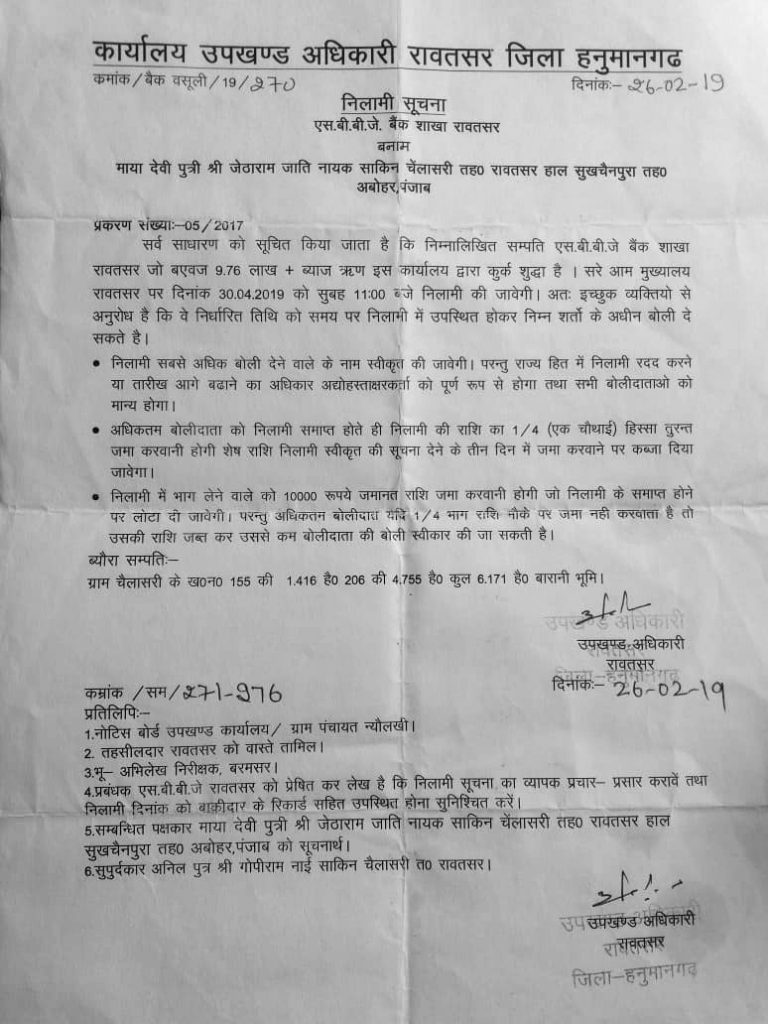 It didn’t end there. For the past year, Radhe Shyam, another farmer from the gram panchayat, was struggling to pay the interest to renew his Kisan Credit Card (KCC) loan for this season. He heard about the auction and it occurred to him that he would meet the same fate.

Tensed over the possibility of his land being auctioned, Shyam committed suicide by consuming pesticide on February 11. Around this time, the newly-elected Congress government in Rajasthan was organising camps across the state to distribute loan waiver certificates to eligible farmers.

“After receiving the loan, he purchased a tractor and worked hard. But due to low rainfall for three consecutive years, he couldn’t profit. When he saw his fellow farmer’s land being auctioned, he feared the same would happen to him,” Shiv Bhagwan, Shyam’s father told The Wire. 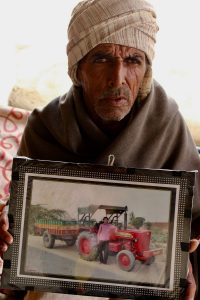 Ripples of Shyam’s suicide were found 40 kilometres away, in Nohar, where the All India Kisan Sabha (AIKS) members are collectively protesting against land auctions.

“There may be loan waivers from both the BJP and the Congress government in the state, but the condition of the farmers hasn’t improved remotely. Hundreds of farmers are being slapped with land auction notices. They will retaliate with their crucial votes in this election,” Dilip Bhamboo, one of the protestors told The Wire.

In Nohar tehsil of Hanumangarh district alone, around 100 auction notices have been served by the tehsildar’s court. Most of them are upon application from the State Bank of India. Section 13 of the Rajasthan Agricultural Credit Operations (Removal of Difficulties) Act (RACO RODA), 1974 says:

The prescribed authority, on the application of a bank, make an order directing the payment of sum due to the bank on account of financial assistance availed by the agriculturist, by the sale of land or any other immovable property, upon which the payment of such money is charged or mortgaged.

Mukesh Kumar, manager at SBI Ramgarh branch in Nohar told The Wire, “We have sent recovery applications to the tehsil office, but that is the part of the procedure followed when the loanees fail to repay. We cannot reveal the exact dues of farmers who are being served land action notices.”

With the help of AIKS, Devi’s son Hari Ram requested the collector to cancel their auction, citing the bank’s irregularities in the loan. While his request was accepted and the auction was cancelled in February, another notice was served for April 30, six days before the district goes to polls.

The Ashok Gehlot-led Congress government in Rajasthan has taken credit for the comprehensive loan waiver it has initiated. Concurrently, the administration is serving land auction notices to KCC holding farmers.

Farmers are in the process of seeking a new loan for the Kharif season, making banks anxious to recover dues.

Munshi Khan, who took a KCC loan of Rs 3 lakh in 2014, now has a debt of Rs 8.2 lakh. He has been asked to appear before court on February 28. His son Slamu, a Class X student in a government school in Ramgarh, fears what will become of his life if his father’s only source of income is confiscated by the bank.

To encourage farmers’ participation in the management of irrigation system, Rajasthan gave the nod for associations consisting water users who are also land owners in the area in 2000.

Their functions include preparation of a schedule for each irrigation season, maintenance of irrigation system and most importantly, collection of water charges. The president of this association is selected by direct election among its members.

After a severe drought in the state in 2015 and 2016, farmers from at least 25 districts in Rajasthan were deferred from paying the canal irrigation charges, locally known as aabyaana vasuli. This directive was issued by the disaster management, relief and civil defence department.

However, the Gehlot government is compelling farmers across Rajasthan to pay their pending bills till December 2018, with an additional interest of 12% for being late.

Kheta Ram, a farmer from Ramgarh village in Nohar, hasn’t paid the irrigation charge since 2015. He is now required to pay an outstanding bill of Rs 1,123, with an additional interest rate of 12%. “The government first cancels the bills and then suddenly, we are asked to pay the entire amount with interest. Why is this our fault?” Ram told The Wire. 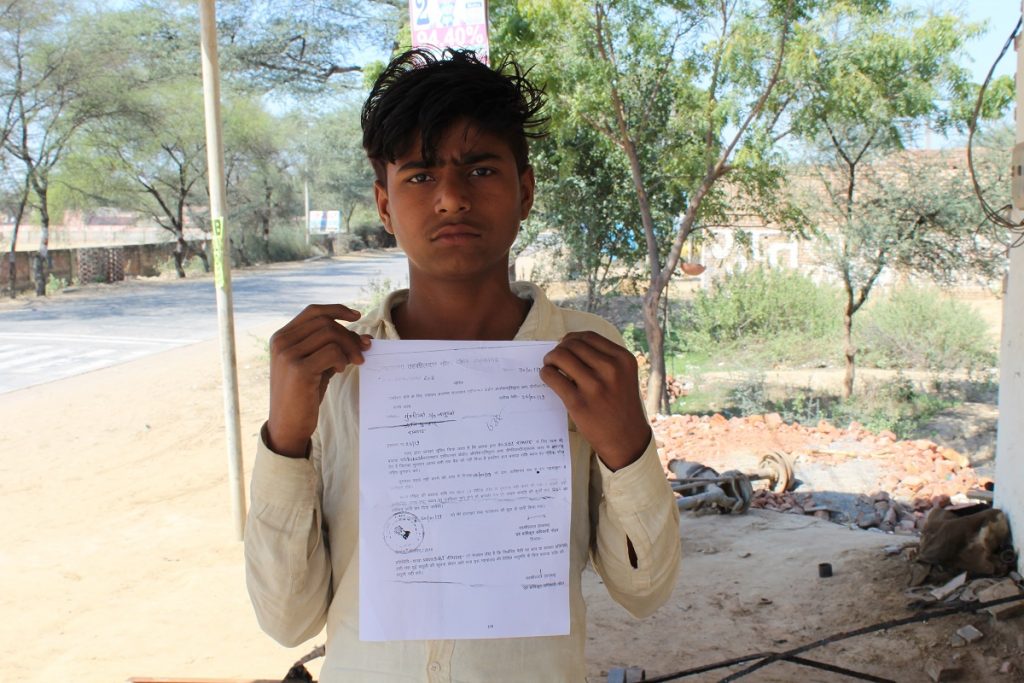 State indifference towards the farmers is clearly visible in Rajasthan. While the government has began to charge the farmers for canal irrigation after a gap of almost four years, it exempted domestic water consumers from paying water charges in both rural and urban areas from April 1.

The farmers feel betrayed. “The way farmers are being treated by the government – serving land auction notices and collecting deferred canal irrigation charges – shows we are not their priority,” said Roopram, a farmer in Nohar.

Parts of the Hanumangarh district fall under the Churu parliamentary seat. Balwan Poonia, the sitting MLA from the Bhadra constituency in Hanumangarh, is contesting on the Communist Party of India (Marxist) ticket against BJP’s Rahul Kaswan, the sitting MP. The Congress’s Rafique Mandelia is also in the fray. The contest is likely to involve farmers’ issues.