In August this year, the Punjab government informed the Supreme Court that they have not been able to provide cash incentives to farmers. Niamian (Punjab): Punjab saw a sharp rise in stubble-burning incidents in the kharif season this year. This happened despite the Supreme Court’s intervention in the matter in 2019.

Last year, the court had said that states must provide Rs 2,400 per acre cash incentives to small and medium farmers, along with subsidies on the purchase of machinery which is used to manage crop residue. But farmers of Niamian village near Kurali in Punjab say that not much has happened on the ground.

In August this year, the Punjab government informed the Supreme Court that they have not been able to provide cash incentives to farmers due to financial restraints that the state is facing during the pandemic. 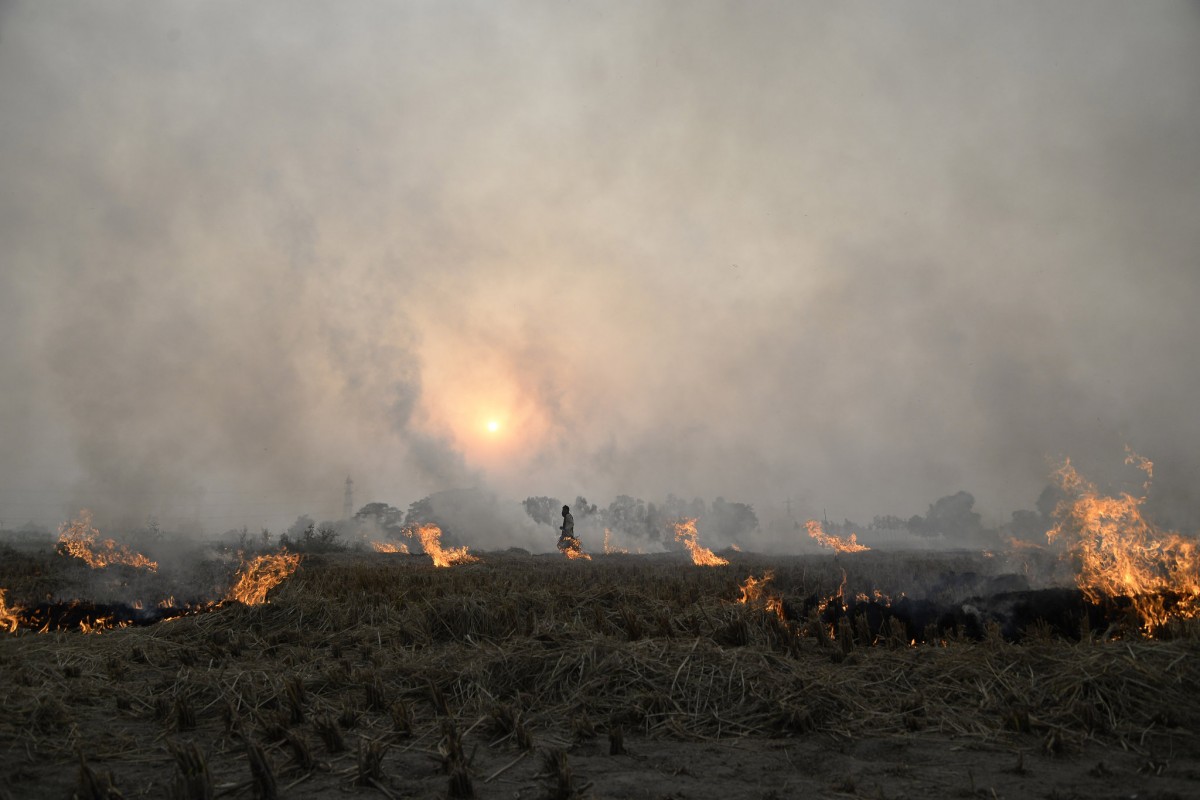 On the one hand, government help is not forthcoming, but on the other, over 190 FIRs and fines up to Rs 40 lakh have been slapped on farmers for burning crop residue this year.

“Farmers are being fined such large amounts. How can they pay this sum? The ones who can, can also buy the machinery to manage the stubble,” Bhaag Singh, a farmer, told The Wire.

“The government tells us to make bundles of paddy residue. No one in our area has this machinery. Even if we rent it from someone, the whole process delays the sowing of the next crop,” said Jaspal Singh.

Jitender Singh, who has not been burning crop residue for the last two years, said, “These machines are also not available easily. We have to clear our fields quickly to sow the next crop. Suddenly, everyone in the village needs machines. The demand becomes high. I feel it is better to get it removed manually using labourers, which I have been doing.”