Since a number of farmers in the state farm other people's land on a contract basis, they do not want payments tied to land records. 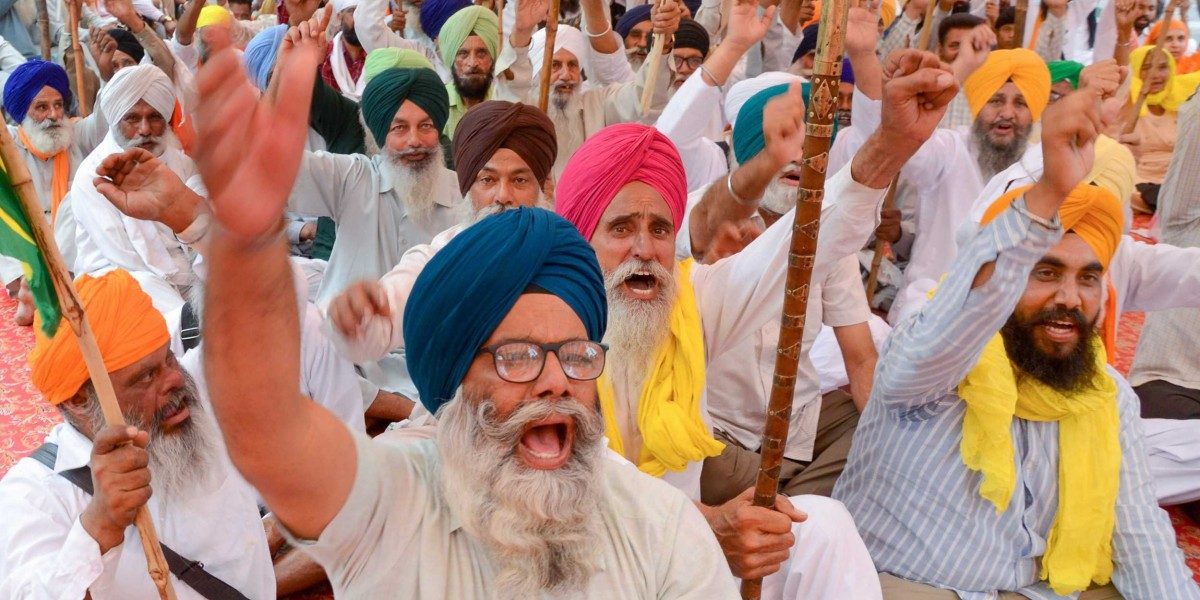 Jalandhar: The eagerly awaited wheat harvesting season is barely a week away, but preparations have given way to alarm for farmers in Punjab. This is because the Food Corporation of India (FCI) has issued an order seeking farmers’ land records for online payments to their accounts.

An order issued by the FCI’s zonal office (north), Noida asking farmers to provide land records for online payment of the minimum support price (MSP) directly into their accounts has both farmers and arthiyas (commission agents) concerned.

In its letter, the FCI told farmers that land records were a must for wheat procurement in the rabi marketing season (RMS) 2021-22. It also asked the FCI’s regional office, Punjab to ensure that farmers’ land records were updated in the ‘Anaaj Kharid portal’ before RMS 2021-22 begins to avoid any future complications.

Further, it was also asked to share the data of land records, so that FCI can verify the land records of farmers during the harvest season.

For the farmers, the major cause of concern was the fact that a majority of them do contract farming on land owned by either their NRI relatives or friends settled abroad. This also includes a sizeable number of people employed in the armed forces or the central paramilitary forces posted across the country.

Gurpreet Atwal, a farmer from the NRI belt of Jalandhar, said that he was farming 20 acres of land out of which eight acres belong to his two brothers based in California.

“Can anyone explain, how I am supposed to get the land records of my brothers? Even if I get the land record, the payment of the yield would go into my brother’s account. The government is harassing us because we led the farmers’ protest and today it has spread across the country. Now, farmers will have to stage another protest against the Narendra Modi government to ensure that our lands are not snatched away from us.”

Echoing similar sentiments, Gurpyar Singh, a farmer from Bathinda, who too has been doing contract farming on 20 acres of land belonging to two Canada-based families, said that he pays Rs 62,000 per acre as the contract amount annually.

“Asi ta pehla hi pareshan a, sarkar sanu hor tang kar rahi a (We are already troubled by this system and the government is further creating issues for us). This is the time of year when we look forward to reaping the benefit of our crop, but the government has made up its mind to ruin us for once and for all,” he said.

On the other hand, the FCI’s directive is a big blow to the arthiyas, as they will not be able to avail their 2.5% commission on crop sales. Arthiyas or commission agents deal with unloading the crop at the grain market, cleaning, weighing, sack filling, stitching and loading as per government rates, besides hiring the labour.

As a mark of protest against this move, arthiyas, farmers and munims (accountants) are organising a ‘mahapanchayat’ at Moga district on April 5. The arthiyas announced that if no consensus was reached till April 10, they will intensify the stir.

Talking to The Wire, Vijay Kalra, president of the Federation of Punjab Arthiya Association, said that this edict of the Modi government was yet another death knell and a conspiracy against farmers, arthiyas and Punjab. “Let them try all means but the Modi government will never succeed in its attempts. We are organising a huge rally at Moga on April 5, which will be attended by senior farmer leaders – Balbir Singh Rajewal, Jagjit Singh Dallewal and Dr Darshan Pal. Farmers and arthiyas share a time-tested bond of trust and brotherhood, and we will not let the government ruin it. It may take some time, but we will succeed,” he said.

Kalra also said that a meeting with Samyukt Kisan Morcha (SKM) leaders was held at the Singhu border on March 17, where it was decided that no farmer would show his land record to the FCI. “Our April 10 rally will send a strong message to the Modi government that farmers-arthiyas-munim and farm labourers are together in this fight,” he added.

Another Arthiya, Pawan Bansal from Patiala, also said that it is practically impossible for farmers to provide land records because nearly 50% of them do contract farming on land owned by NRIs settled in the US, Canada, the UK or Europe. Farmers during a protest against the Central government in front of the FCI office on Sirhind Road in Patiala, Monday, April 5, 2021. Photo: PTI

Bansal said, “This is nothing but a way to further harass the farmers and that too ahead of the wheat harvesting season. It is not easy to get land records and even if they get it, the major problem is that the online payment will go in the account of the original land holder and not the farmer. Modi government’s sole agenda is to destroy Punjab. Ek bori bhi kanak di nahi bhari jayugi (Not even a single sack of wheat will be filled),” he said.

However, Ravinder Singh Cheema, president of the Arthiya Association Punjab, said that the Punjab government failed in informing the Centre that a transparent direct payment system in the accounts of farmers was already in place in Punjab.

Cheema said that he also spoke to BJP Punjab vice-president Harjeet Singh Grewal, who said he will take up the matter with the BJP leadership in Delhi. Notably, on Cheema’s call, grain markets were lying shut from March 10th in Punjab.

Surinder Pal Singh, the block president of BKU (Sidhupur) from Jaito in Faridkot, said he owns 20 acres of land and has another four acres on contract. “Through this draconian measure, not just the farmers, but even the arthiyas, labourers, masons, truck drivers, helpers, the procurement agencies, tractor and combine machine owners, all will be affected beyond imagination. The entire chain of agriculture will be affected,” he said.

But Surinder Pal emphasised, “If the Modi government thinks that by taking such initiatives, they will force the farmers to toe their line, then mark my words, these black laws will be repealed 100%.”

Major Singh, another farmer from Wazidpur Bhoma village of Fazilka district, who is tilling 28 acres land out of which 10 acres are on contract, said, “Zamindar ta pehla hi mareya paya. Sarkar sanu jaan ke dukhi kar rahi a (Farmers are already in crisis and the Modi government is deliberately making more trouble). In fact, the reality is that the government is alarmed that the farmers’ protest has spread across the country, hence they are harassing us.”

An ex-serviceman and presently the sarpanch of Singhpur Jattan village in Hoshiarpur district, Harwinder Singh questioned the Modi government’s decision of online payment in the farmers’ accounts and said, “Which online payment is the government talking about? We have already been getting the payment directly in our accounts for more than two years in Punjab. Rather, it is because of Punjab’s agriculture model that the country could become self-reliant in the last 70 years.”

He also mentioned that many serving soldiers in the army too have given their land on contract and they were calling back home to know the ground situation. “Ideally by this time, farmers start preparing for the harvest season but these days we are discussing FCI’s orders and what lies ahead,” he said.

Punjab chief minister Captain Amarinder Singh has written a letter to Prime Minister Narendra Modi seeking continuance of the existing system of payment to farmers till a consensus is reached on the issue of direct benefit transfer. The chief minister also sought a meeting with the prime minister before the situation gets out of hand. The chief minister announced support to the arthiyas during a virtual meeting on Saturday.