Punjab farmers believe their protests were the catalyst for the nationwide agitation. 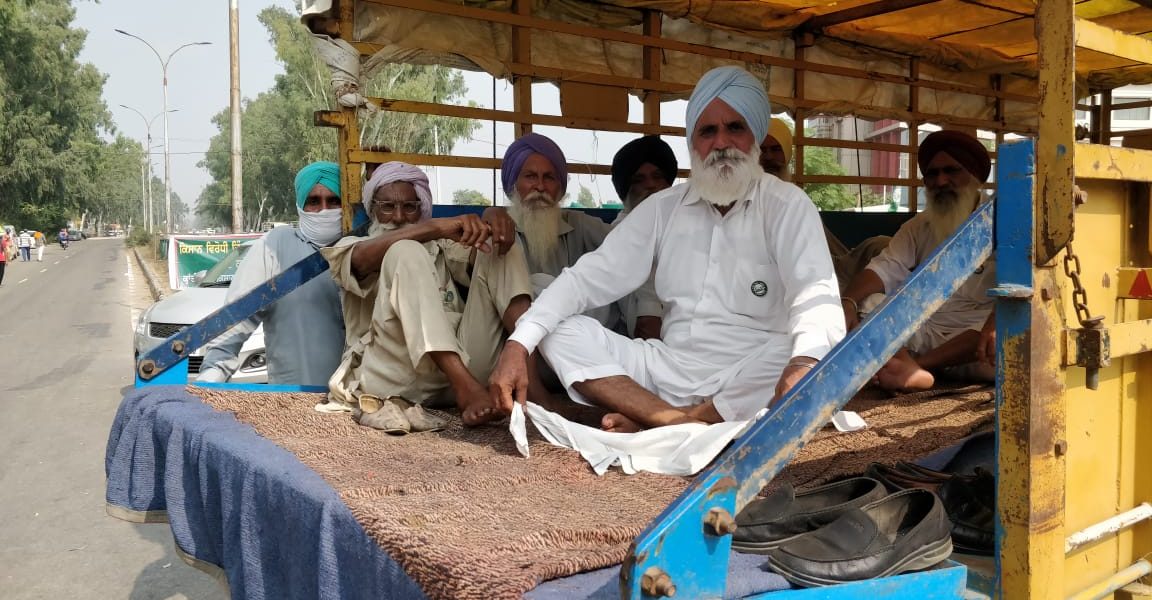 Farmers at the protest site in Patiala.

Patiala: Punjab, which can be called the epicentre of the stir against Centre’s farm Bills, saw a complete shutdown on Friday. All services, barring healthcare, were halted. Some of the most frequented link roads and highways were blocked by tractors, trucks and lorries. 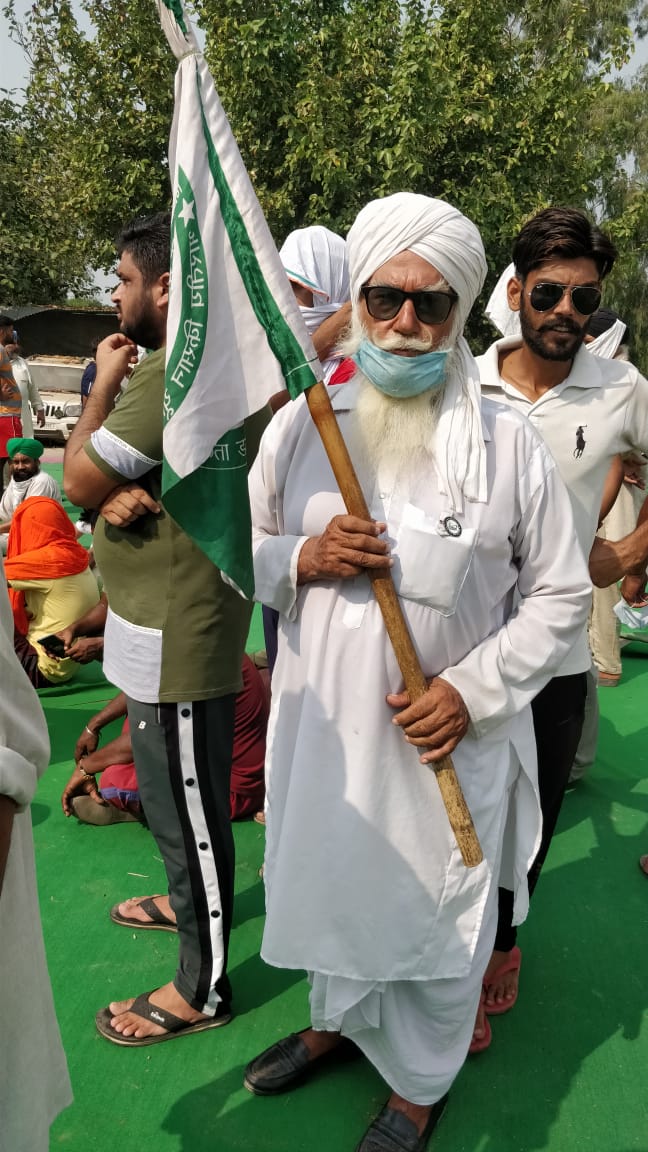 A farmer from Bhartiya Kisan Union at a protest site in Patiala.

The Wire visited two such protest sites – one in Rajpura and one in Patiala. At the forefront of both these sites were members of the Bhartiya Kisan Union (Dakaunda). Across the state, 31 farmers’ organisations came out in support of the strike, along with many smaller groups. In addition, opposition parties – the Shiromani Akali Dal (SAD), Congress and Aam Aadmi Party – were also in protest mode.

Darshan Pal Singh of the Kisan Mazdoor Sangharsh Committee (KMSC) and one of the main leaders of this stir called Punjab’s agitation against the farm Bills a “catalyst” for the nationwide protests.

He said that in the last three to four years, many farmers’s groups have led protests against the Centre’s policies but this time, on the issue of the Ordinances, all groups have come together. “Punjab and Haryana’s farmers’ struggle has galvanised protests in other parts of the country as well,” he said.

Apart from Punjab and Haryana, farmers in Bihar, where the APMC Act doesn’t even exist, were led by Tejaswini Yadav for a tractor rally against the Bills. Protests were also held in Rajasthan, Uttar Pradesh, Uttarakhand, West Bengal, Karnataka and Tamil Nadu.

“Historically, for the first time, farmers’ struggle has been taken up by different political, cultural and social groups at once,” said Darshan Pal Singh.

He added that BJP’s move to bulldoze the Bills like this through the parliament without consultation with the stakeholders will form an opinion about BJPs disregard for the federal structure of India among the people of Punjab.

Along with support from the people of Punjab, he said, this could become a Centre versus state case in the courts, and if BJP MPs resign because of farmers’ demands then this struggle could also become a larger one.

Yogendra Yadav, activist and president of political group Swaraj India, who travelled from Delhi NCR to address one such protest site at Bhawanigarh in Sangrur, met with The Wire in Patiala.

“We have witnessed something phenomenal. For the first time ever, not one big farmer organisation is not opposing the Centre’s move,” said Yadav.

Yadav added that Harsimrat Badal’s U-turn on the ordinances and her eventual resignation from the cabinet is a testimony to the fact that Punjab’s farmers’ bodies have been successful in mounting pressure so far. “The Chautala government [the Jananayak Janata Party, coalition partner of the BJP in Haryana], is also under pressure now,” Yadav noted.

On what the underlying demand of the united farmers’ group from the Central government will be, Yadav said that a meeting of all stakeholders shall be held on September 27 but what he sees coming out of it is a consent among all members for the demand of the minimum support price as a legal right. 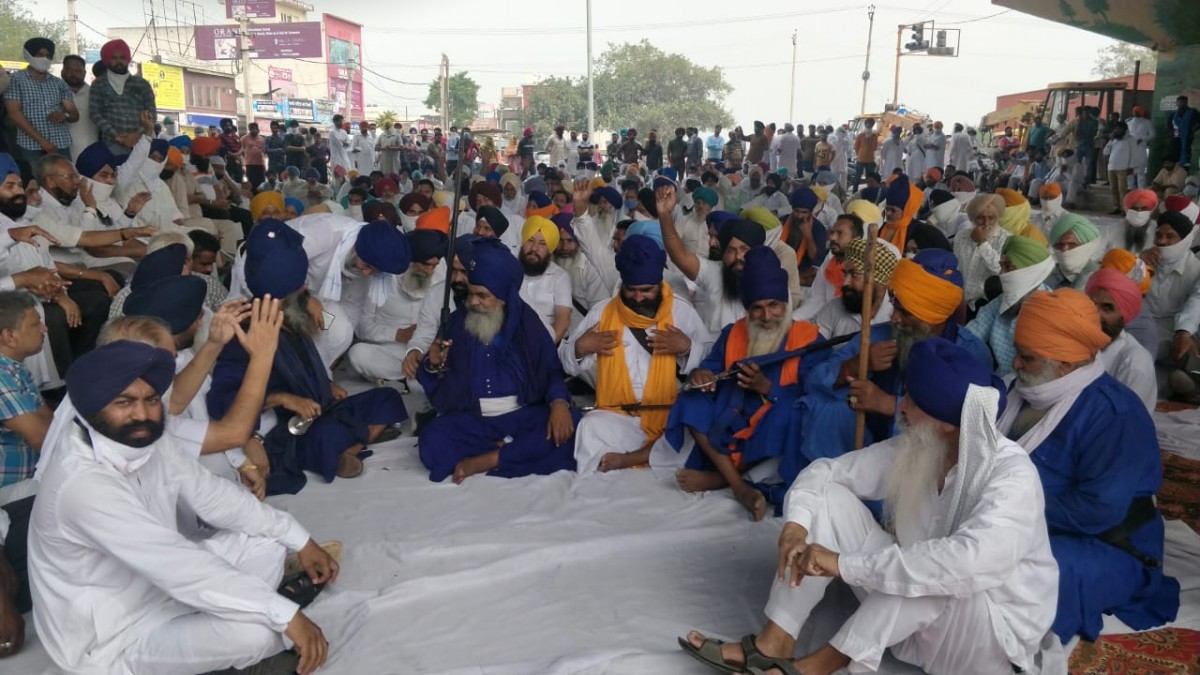 Nihang Sikhs in support of farmers at a protest site in Rajpura.

“This demand was made by Mr [Narendra] Modi himself, when he was the chief minister of Gujarat, BJP’s allies also seem to agree on this, farmers groups also seem to form a consensus on this demand,” he said.

Voices from the protest

A group of women who work as daily wagers on farm lands were at the protest in Patiala. They said they were there to save their livelihood. “If the land owning farmers won’t make money, then what will they pay us? We’ll die of hunger anyway.” one woman from the group said.

In Rajpura, the Nihang Sikhs, armed Sikh warriors, were also present to support the farmers’ cause.

All photos and videos by Pawanjot Kaur.