If Crop Insurance Continues to be Viable, Will Centre's Plan for Smoothing Out Other Wrinkles Work?

The other two major problems with PMFBY have been non-payment or delayed payment of premium subsidy by state governments and the tedious process of conducting crop cutting experiments. 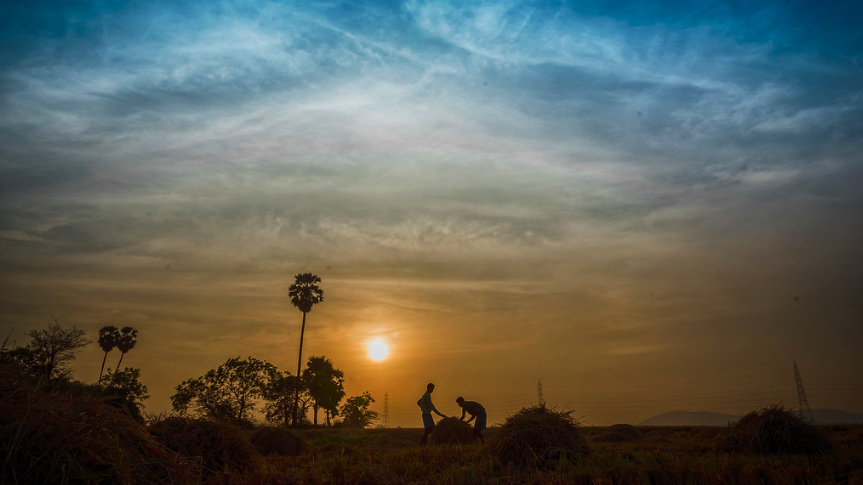 If the PMFBY is a viable proposition for insurance companies even after becoming optional, various other decisions taken by the Cabinet on February 19, 2020, will substantially improve its performance by paying the claims much faster. Photo: Well-Bred Kannan/Flickr (CC BY-NC-ND 2.0)

This is the second in a two-part series about the changes made by the government to the Pradhan Mantri Fasal Bima Yojana. Read the first part here.

It was the Motor Vehicles Act of 1988 that first made it mandatory in India for all vehicles to have  valid third-party insurance coverage.

As per a recent amendment to the Act, driving an un-insured vehicle can attract a penalty of Rs 2,000 or imprisonment of up to three months or both. According to a General Insurance Council (GIC) report of 2016, only about 8.26 crore vehicles had a valid third-party insurance policy while the number of registered automobiles was about 19 crore. It is estimated that about 60% of two-wheelers on Indian roads are uninsured.

This, in a nutshell, is the challenge that an optional crop insurance scheme will face and it will have to do a lot better than motor vehicle insurance. It has to attract a sufficiently large number of farmers so that actuarial premiums remain in the range of 10-12%. Higher premiums will increase government subsidy and both the Centre and states will find it too burdensome if average premiums (for all crops taken together) are much higher than this range.

Nevertheless, if the PMFBY is a viable proposition for insurance companies even after becoming optional, various other decisions taken by the Cabinet on February 19, 2020, will substantially improve its performance by paying the claims much faster.

In the past, two major reasons for a delay in settlement of claims were: non-payment or delayed payment of premium subsidy by state governments and a tedious process of conducting crop cutting experiments. The government has decided to address both these issues in an exemplary manner.

Also read: Ground Report: Congress Is Not Fulfilling Promises Made to Farmers in MP

At the same time, the Madhya Pradesh government wants that insurance companies should pay the claims arising out of unseasonal and late rains in kharif 2019. For this, the government has paid Rs 509.60 crore as advance for premium subsidy of kharif 2019.

The Cabinet decision of February 19, 2020 addresses this problem and it has been decided that the Centre will not allow insurance for a subsequent crop season if a state has not paid its share of premium subsidy for previous season. It is expected that this decision will ensure payment of premium to companies in time which would enable them to pay the farmers’ claims expeditiously.

The second set of decisions of Cabinet relate to crop cutting experiments (CCEs). The government has decided to reduce the number of CCEs by using scientific parameters of weather and remote sensing satellite imagery. CCEs will be required only in areas where there are deviations from normal. Smart sampling will also reduce the number of CCEs by focusing on areas where loss in productivity is predicted.

It has also been decided that if states do not provide CCE data to insurance companies by cut-off date, the claims will be settled by using remote sensing and weather technology. In case of disputes between states and insurance companies regarding yield, the centre was already using the RST and market arrival data. The states will now have to gear up to complete CCEs within the time prescribed in guidelines of crop insurance.

If successful, India will be the first country in the world to marry technology with CCEs to assess loss of productivity. The world is watching India with interest.

Farmers plant saplings in a rice field on the outskirts of Srinagar June 10, 2015. Photo: Reuters/Danish Ismail

The third major challenge addressed by the government decision is the appropriateness of certain crops in various regions. So far, the government was paying premium subsidy even if insurance companies found a crop so risky that they quoted premiums above 30%.

For example, the premium was 49.8% for groundnut in Rajkot, Gujarat in kharif 2018. The Centre has now decided that its premium subsidy will be restricted to only those crops which get premium of only 30% in un-irrigated areas and 25% in irrigated areas. If states still want to insure such crops, they will have to bear much higher premium subsidy than they were paying so far.

The Centre has done well to recognise that agriculture in such unirrigated areas requires interventions other than crop insurance.

For example, Bundelkhand in Uttar Pradesh and Madhya Pradesh, and Marathwada in Maharashtra need larger investment in irrigation which can reduce the risk to crops. One hopes that this will nudge the state governments to modify their policies e.g. setting up sugar units in Marathwada or growing paddy in water stressed areas in Tamil Nadu.

They will also do well to persuade farmers of these areas to go in for less water intensive crops in such areas. Investment in development of drought and flood tolerant varieties will also help agriculture in these areas.

In another innovative decision, the Cabinet has introduced insurance coverage for single peril e.g. hailstorm. So far, Punjab did not participate in the flagship crop insurance scheme due to a high irrigation ratio and lower risk to crops. However, hail and pests continue to threaten productivity of crops in Punjab. The state can now design single peril insurance policy.

The above changes will however help only if insurance companies and state governments are able to persuade farmers to take insurance for their crops. The experience of motor vehicle insurance as well as cattle insurance does not inspire much confidence. In 2012, the population of cattle and buffaloes was 29.96 crore but the total number of insured animals in 2016-17 was a paltry 7.44 lakh.

The only silver lining for crop insurance is in Maharashtra where in 2018-19, 1.28 crore non-loanee farmers insure their crops. It will require a lot of effort of state governments, banks and insurance companies to persuade farmers, both loanee and non-loanee, to insure their crops to shield themselves from vagaries of nature.

No one is hit harder by climate change than a farmer. Next few months towards kharif 2020 will show whether these changes will make crop insurance attractive enough to farmers.

Siraj Hussain is Visiting Senior Fellow at ICRIER. He has served as Union Agriculture Secretary.