NABARD is yet to release the sanctioned Rs 5,266 crore to co-operative banks for the kharif season and has expressed inability to sanction any additional amount. 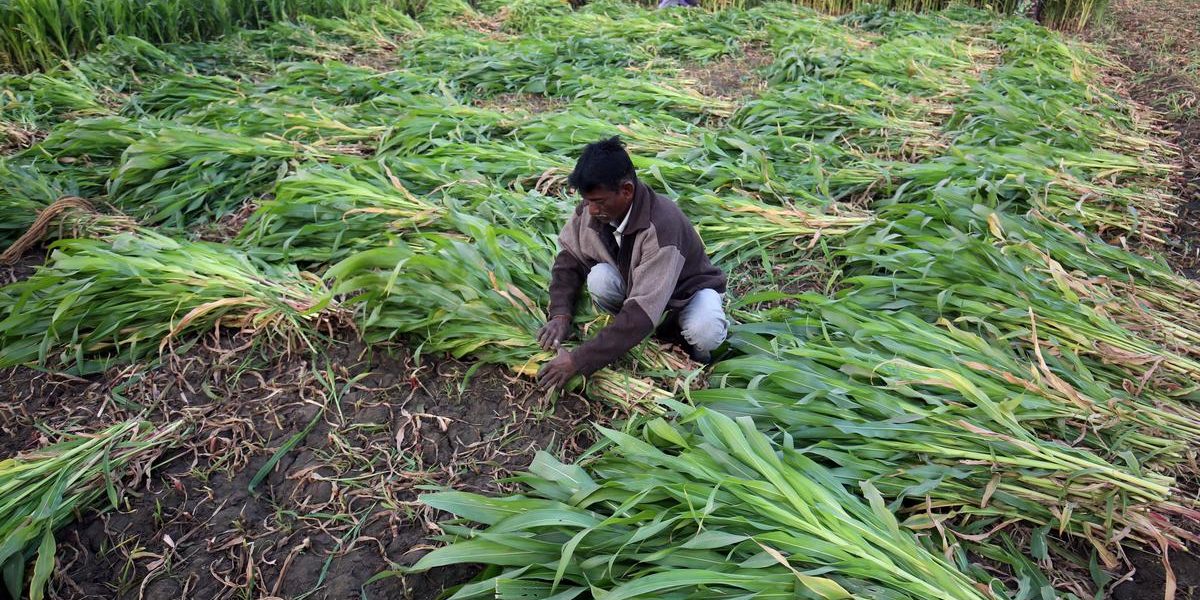 Jaipur: Despite two successive farm loan waivers in Rajasthan, lakhs of farmers would not be able to avail the short-term crop loan issued by co-operative banks for this kharif season.

As per the Rajasthan State Co-operative Bank Limited (RSCB) website, a total of 20,79,492 farmers are registered for kharif 2019 while crop loans have been sanctioned only for 13,71,761 of them, leaving out approximately seven lakh farmers. So far, the disbursed loan amount stands at Rs 28,60.13 crore for this season.

The RSCB, an apex institution of the district central co-operative banks (DCCBs) functioning in the state, had on July 25 written to National Bank for Agriculture and Rural Development (NABARD) requesting for funds. Following this, the chief secretary of the Rajasthan government also wrote to NABARD on August 12 asking for releasing funds upon compliance with the non-overdue cover (NODC) discipline.

In a written reply to the institute, NABARD flagged its inability to allot additional funds for the short-term crop loan disbursement by the RSCB.

The co-operative sector banks work on refinancing by NABARD, which means the co-operative banks first disburse loans to the farmers from their available budget and later, NABARD reimburses them.

Internally, the loans are disbursed to the farmers at 7% rate of interest up to the limit of Rs 1.5 lakh, over which the state government provides a 4% subsidy and NABARD gives the remaining 3%, provided that the farmer promptly repays the principal amount. So, technically, the farmers are given loans at zero rate of internet and are required to pay back only the principal amount against the short-term crop loans taken from the co-operative societies.

Loan disbursement for kharif season begins from April every year by the DCCBs and as soon as NABARD sanctions the funds, refinancing of the co-operative banks begins.

Speaking to The Wire, managing director of the RSCB, Inder Singh said: “We have already disbursed crop loans worth Rs 3,500 crore to approximately 13 lakh farmers in the state who had applied for the loans on the portal. However, still seven lakh farmers are awaiting crop loans.”

He said that NABARD has put forth an option before them to take up funds at the economic lending rate [at higher interest rate] but it isn’t economically viable for the bank.

With the deadline for kharif 2019 loan disbursement, September 30, is fast approaching, authorities feel that it is unlikely that the remaining farmers (about seven lakh) would be able to avail the short-term crop loans for the season. “We have been writing to NABARD since July but it doesn’t look like things will get resolved anytime soon,” Singh told The Wire.

The Vasundhara Raje government, during its tenure, had effected a one-time loan waiver of up to Rs 50,000 for small and marginal farmers who had defaulted on short-term loans from cooperative banks.

Out of the total Rs 15,000 crore loan waived by two governments in Rajasthan, the RSCB has received only Rs 9,400 crore so far, which hasn’t solved the fund issues in the sector. ”We still haven’t received Rs 5,600 crore. Our banks are not self-sufficient to make up even for this amount,” a senior official at the RSCB told The Wire on the condition of anonymity.

On the other hand, the procedure of loan disbursement from the banking institutions is such that the farmers receive crop loans mostly at the end of the season because of which they are left with no other option than to turn towards moneylenders.

Dilip Bhamboo, a Communist Party of India (Marxist) member in Rajasthan’s Hanumangarh explains how the inevitable delay in disbursement of loans adds to the farmers’ woes.

“The farmers sow the kharif crop between April and June. Till this time, there is no loan disbursement from the banking institutions. So, the farmers had no option but to turn to the local moneylenders or the upper caste people in the village for cash. Sometimes, in return, these moneylenders also ask the farmers to give them a part of their harvest. When the bank finally provides them with the loan at the end of the season [at zero rate of interest], the farmers are required to pay back to the moneylenders [amount taken at a higher rate of interest] as well as the bank [the principal amount]. The farmer is never in a profitable situation,” said Bhamboo.