The hopes of farmers who retained the rabi onion in the expectation of higher prices will be dashed.

After about four years of depressed prices of agricultural produce, onion prices have risen sharply in the last couple of months. Belying the narrative of India having achieved a permanent surplus in agricultural commodities, the humble onion has proven that our surpluses are marginal and are subject to the vagaries of nature. A drought here, a flood there or a pest attack can wipe out surplus production in no time.

The Union government has an entire department of consumer affairs devoted to monitoring the prices of 22 essential food items including wheat, rice, pulses, onion, tomato, potato, edible oils, atta, milk, sugar, salt and even gur. The prices are monitored by the committee of secretaries on a weekly basis and any hint of inflationary trend is identified and submitted to the ministers. The department was highly successful in reducing double-digit food inflation after the formation of the Modi government in May 2014.

On the other hand, there is no parallel set up in the Krishi Bhawan where the Ministry of Agriculture is housed, to intervene when prices of agricultural produce fall below remunerative levels. Even in the case of crops, for which minimum support price is declared, the decision on procurement is not taken quickly enough to of benefit to farmers.

It is also true that physical procurement by the government is a complicated and risky exercise which causes financial loss to the exchequer. But, when the government intervenes with the intention of controlling inflation, the losses are not incurred by the government but by the farmers and traders. The imposition of minimum export price, placing stock limits and banning exports are measures which end up hurting the producers.

In the case of the onion, about 65% of the annual production of the bulb is in the rabi crop which is sown between December and January and harvested between April and May. This onion produce, which is stored by farmers and traders, meets the export as well as domestic demand until the arrival of the Kharif crop which is sown between May and June and harvested between October and November.

Late kharif crop is sown between August and September and harvested between January and February. Kharif and late Kharif crops account for about 15% and 20% respectively of the annual production. Kharif onion is of rather poor quality and cannot be stored for very long.

Every year, there is a spike in prices starting in September which stretches until October and early November when stocks of rabi onion are low and kharif onion is yet to arrive in the market. The current rise in prices is due to lower areas under onion, the poor monsoon in June and July and damage to the crops due to excessive rains and floods in several onion-growing districts.

Last year, the onion prices remained low after the arrival of the kharif crop. In Lasalgaon and Pimpalgaon in the district of Nashik, the prices ranged from Rs 250 to Rs 350 per quintal while the cost of cultivation was Rs 800 per quintal.

In fact, the Maharashtra government had to announce an ex-gratia of Rs 200 per quintal to farmers who sold their onion in mandis. This payment was to be paid to farmers for a maximum quantity of Rs 200 quintal. For the period between November 1, 2018, and February 28, 2019, the state government paid Rs 500 crore on this account. It is, therefore, no surprise that farmers brought less area under onion this Kharif season. In Maharashtra, it is about half of last year’s area. 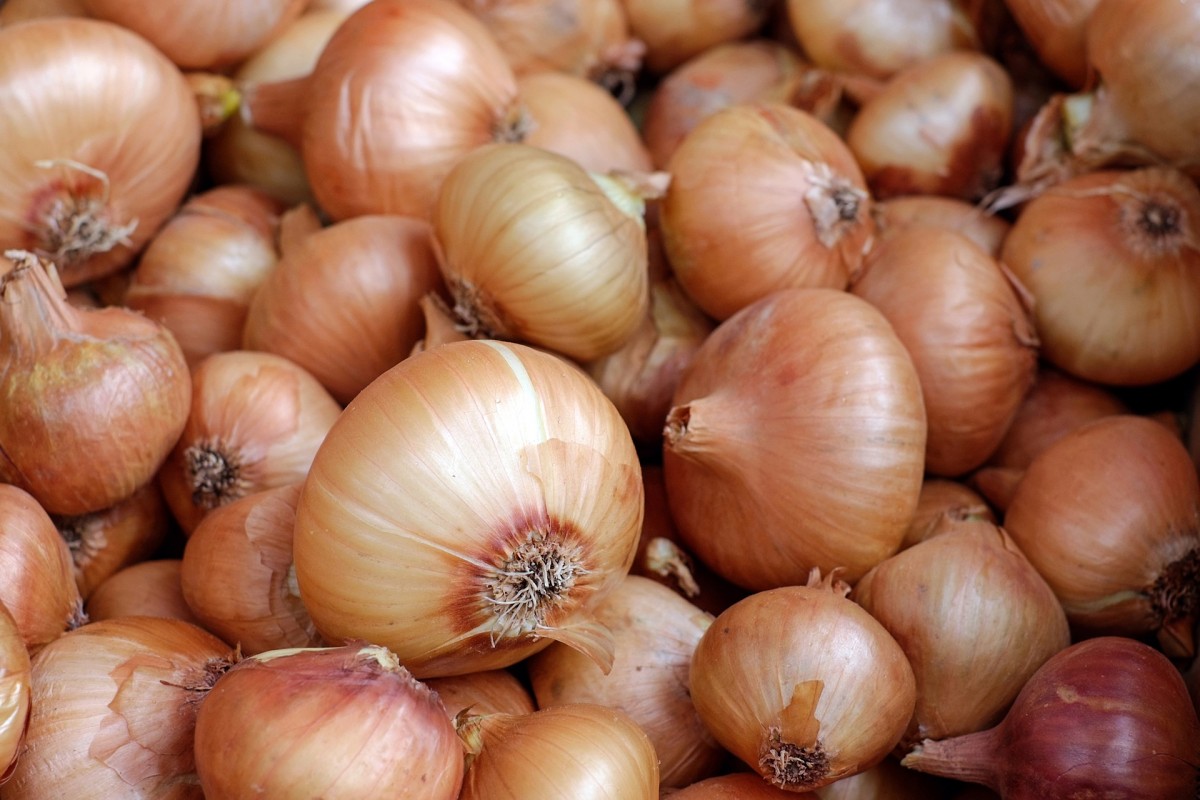 Onion prices have shot up across the country. Photo: Pixabay

The late arrival of the monsoon pushed the situation from that of glut to one of shortage. There was deficient rainfall in June and July, resulting in late sowing of kharif onion. Excessive rainfall would have also damaged the crop in some onion growing areas in Karnataka, Maharashtra and MP.

It is wrongly assumed that farmers do not benefit from higher prices of onion in the open market. Since the launch of the National Horticulture Mission, about 15 lakh tonnes of storage capacity has been created at the level of the farmers. While these storage facilities are not modern, scientific storage structures, this low-cost method has been quite successful in storing onion produced during the rabi season.

So, there is every reason to believe that farmers who had retained the rabi onion, in the expectation of higher prices – due to delayed monsoon and excessive rains – would have been hit hard by the decisions of the government to rein in the price of onions, on the eve of elections in Delhi, Haryana and Maharashtra.

The National Agricultural Cooperative Marketing Federation of India Ltd (NAFED) has the expertise and experience to purchase onion at market prices in the open market. In 2015-16, NAFED purchased onion through the Price Stabilisation Fund. This year as well, NAFED planned to purchase 50,000 tonnes of onion while it initially made purchases at Rs 850-1000 per quintal. Purchase of larger quantities by NAFED may have checked this unusual rise in prices.

However, it has to be remembered that only a large buffer stock can rein in onion prices across the country, as in the case of wheat and rice. Market operation at such a large level will be expensive. Markets are uncertain and if there are losses in such market operations, officers will fear audit objections by the CAG and enquiry by CBI.

NAFED has procured 88 lakh tonne pulses and 41 lakh tonne oilseeds in the last five years but with large unsold stocks and market prices ruling below the MSP and carrying cost, NAFED is staring at a loss in these operations. In such a situation, it is understandable that, fearing losses, NAFED officials would have been reluctant to purchase large quantities of highly perishable product like onions.

For a perishable commodity like onion, it is not possible for the government to build a sufficiently large buffer stock. Therefore, the solution lies, not in market-distorting regulatory actions, but in developing cold chain storage technology – like that for potato and apple – which can prolong the shelf life of onions and reduce losses.