It is with caution that promises and claims of biotechnology must be evaluated, even when signed by a hundred Nobel Laureates. We don’t need rocket science to uncover the politics of technology. 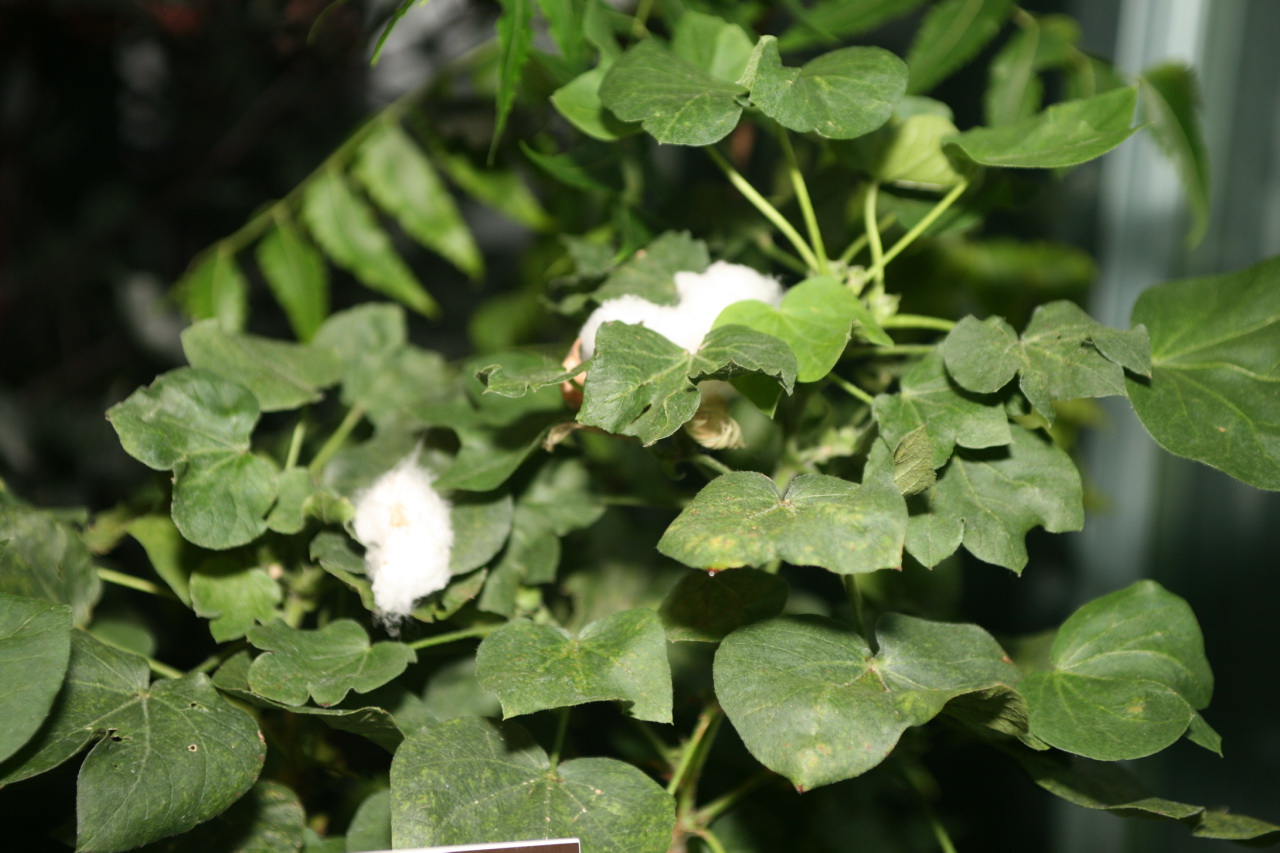 When over a hundred Nobel Laureates in unison stand in ardent support of Golden Rice, you sit up and take notice. In that instance, when you read the headline – Nobel Laureates Slam Greenpeace’s Opposition to GMOs, Golden Rice – you are converted by the sheer weight that singular voice of ‘expertise’. You are induced into suspending your own analytical gaze and say, “If so many of the most honoured experts of the world are saying that Golden Rice (a rice that contains beta carotene, a source of vitamin A) will remove vitamin A deficiency (VAD), will prevent childhood blindness and premature deaths in millions, it must be true.” You are persuaded into believing that Greenpeace, the organisation against whom the ire of Nobel Laureates’ letter was directed, was really committing, as alleged, a “crime against humanity”. But all such proselytising acts, persuasive as they may be, need to be revisited and re-reasoned.

Technology is seldom about technological capacities only. If it were just about that – the capacity of transgenic seeds to be high yielding, to repel pests, to increase agricultural outputs, to remove VAD – the debate could well have been carried out in the expert domain occupied by molecular scientists, biotechnologists and medical biologists. But though the persona of technical expertise persuades and induces, at times it also seeks meek submission.

Imagine a scenario where there were no patent rights, no technology or license fees (to be paid for 20 years to the patent holder), no privileging of breeders’ rights, no international politics or pressures on governments to align intellectual property rules with that of the WTO, UPOV, no Trans-Pacific Partnership’s (TPP) TRIPS Plus agreements. Imagine a field of low monetary returns where technology played the global humanist on a mission to remove the scourge of hunger and disease from the face of the earth. If it’s hard to imagine, it is because ‘technological humanism’ as such does not seem to exist. And why should it? Companies are not in the business of humanitarian service. Their investments need to be incentivised, their profit-returns need to be secured. Only then can we expect technology to serve the so-called ‘interests of humankind’.

So let us then understand that technology is also a social construct. It is in a socioeconomic field – determined by corporate/national/class interests –  that technology operates. It is a field where scientists innovate, where experts generate consensus, where publics demand, where capital is mobilised, where research is funded, and where legal rules secure economic returns for technological innovations. These together form the field of discourse where each becomes the sine qua non, a defining condition, of the other.

Technology therefore has a sociology. Supposedly ‘noble’ claims of technology have to be assessed not merely for their capacity to augment production, increase yields (as claimed in the instance of Bt Cotton, oilseeds and rice) but also for the social causes that underlie and social effects that are generated.

Most debates have tended to assess the effect of GM crops on human bodies. Supporters claim the positive benefits of GM technology to improve the quality and quantity of yields. Detractors claim that there are various harms that can, potentially or actually, come to bear upon human bodies.

It is important to flag that both GM supporters and GM opposers base their claims on a common concern, i.e the human body. Both sets of arguments worry about the end-consumer whose health and vulnerability to various risks (hunger, nutrition, vitamin deficiency, disease etc) is at stake. They both invoke an idea of ‘somatic individuality‘, where the individual body/bodies is/are at risk. What is undermined, ironically, is the very capacity of GM technology to be authoritative and to yield unambiguous answers to biological puzzles. This should, at the very least, make us confused, circumspect and guarded against the bigger claims.

At the same time we should also place these claims in a larger social field.  It is important for us to understand that we – the populace demonstrated to be at risk one way or the other – are not the only consumers of GMOs. There are farmers and peasants, outside of these networks of science and technology, perhaps even literacy, who are consumers of seeds as both grain and as a factor of production. So what happens to cultivating farmers in the process of integrating with globalised networks of technology and commerce is a question that needs to be asked.

Vidarbha district in Maharashtra, India, is nearly a 100% Bt cotton (of the total cotton area) producing region. Local, land varieties of cotton seeds have almost disappeared from the scene. Vidarbha shows both increases in acreage under Bt cotton farming and yield. Yet it is also a region that has earned the epithet of being the suicide capital of India. According to the National Crime Records Bureau, at least 284,694 Indian farmers have taken their lives since 1995. This occurred at an annual average rate of 14,462 in the five years from 1995 to 2000, and 17,699 in the 12 years between 2000 and 2012. That is, since 2001, around 49 farmers have taken their own lives each day, on average – more than one every half hour.

The reasons for farmers suicides are complex and overlaid with a number of structural and institutional factors. But what cannot be put aside, at least with conscience, is that farmers are put to greater risk in their interface with technology that they do not understand, control or produce. Take the case of Monsanto’s Bt Cotton, a technology that was sold to farmers with a promise of eradicating susceptibility of the cotton crop to its scourge, bollworms. Over time both Bollguard I (in 2009) and Bollgurad II (in 2015) have become susceptible to pink bollworms. The Central Institute of Cotton Research reports Gujarat may have lost 7-8% of its cotton to the pink bollworm in 2015. The National Seed Association of India has asked Mahyco Monsanto Biotech, Ltd. to pay compensation to farmers who suffered losses due to the Pink Bollworm that has developed resistance to the company’s much-touted Bt cotton variety this year.

Another important fact to bear in mind is that although in India a farmer has a right to save seeds, hybrid seeds incorporating GM technology are ‘programmed’ in such a way that seeds produced from hybrid plants lose their ‘hybrid vigour’ so new seeds must be purchased every planting season. In other words, GM seed production prevents farmers from saving and replanting hybrid seeds.

Do note that unlike products, where the technology to reproduce is outside of the product we consume, for a farmer the technology of production is embedded in the seed itself. So it matters whether the farmer is a consumer or a producer. In one case, he reaps the economies and control of production as producer, and in another he relinquishes it to the seed company and their researchers.

As a producer, who can save, sell, exchange, make his own seeds according to the generational knowledge that he has amassed and practices that he has inherited, the farmer has a fair degree of control over both costs and inputs of production. As a consumer, both the process (aspects of agricultural production) and the product are appropriated and substituted, reducing seeds as industrial inputs for manufactured products.

While the physical aspects of biotechnologies raise issues of appropriation and substitution, the proprietary aspects of biotechnology are related aspects of this process. A network of legal rights and obligations accompanies technologies of production. Such legal and technological means together often subsume the traditional forms of wealth generation and ownership strategies in spaces of every such encounter. Technological interventions, together with legal paraphernalia of multiple, imbricated property rights reconstitute the realm of ownership, wherein the absence of science/technology-led innovation, traditional forms of ownership are rendered ineffective as protective or remunerative mechanisms.

It is therefore with caution and skepticism that promises and claims of biotechnology must be evaluated, even when signed by a hundred Nobel Laureates. We often don’t need rocket science to uncover the politics of technology.

Rajshree Chandra is an associate professor of political science at the University of Delhi and the ICSSR Postdoctoral Fellow at the Centre for Policy Research, Delhi.