If Modi wants to pull India out of the ‘Cereals Trap’, the path lies through the creation of infrastructure for agriculture.

Farmers during a protest against the new farm laws, at Ghazipur Border in New Delhi, Friday, Dec. 18, 2020. Photo: PTI/Ravi Choudhary

Five weeks after the Farmers agitation began, and a day after the Supreme Court urged the government to put the three farm bills passed in September on hold, Prime Minister Modi has finally agreed to hold talks with their leaders.

But what will he hold talks about when neither he, nor anyone else in his government, has shown any understanding of what has driven the entire community of farmers from North India to the edge of despair?

Their ignorance is writ large on his party propagandists’ attempts to ascribe political, even traitorous, motives to the farm leaders. That is the reaction of schoolyard bullies who, when they find themselves losing an argument, start hitting their opponents.

Now that Modi has decided to talk to the farmers himself, he would do well to understand the predicament that has driven them to desperation. In a nutshell, it is this: India is now a chronically food surplus economy. So while opening up the foodgrains trade to traders from all over the country will benefit rich farmers – who have the maximum bargaining power and can contact, or be contacted by, buyers in other states and countries most easily – the entire price shock of the foodgrains surplus will be felt by the small landholders who make up four-fifths of the farming community.

The government’s recent decision not to abolish the Minimum Sale Price system will cushion this shock, but no one knows to what extent it will do so if the thriving mandis of Punjab, Haryana, Western UP and northern Rajasthan lose the bulk of their business to private buyers and start closing down.

Even if the Agricultural Produce Marketing Committees that manage these mandis survive no one can foretell how far their straitened finances will permit them to provide the small farmers with the host of ancillary services, such as advances to buy seed and fertiliser in time to sow the next crop, that they are doing today. In sum, these ‘reforms’ will plunge the largest, most vulnerable, segment of the country’s population into a sea of uncertainty, in which they presently have no idea, of how they will stay afloat.

Liberal economists are treating this as the unavoidable price of economic development. The solution, they say, lies in product diversification. The cereals market will automatically come back into balance if farmers divert some of their land to horticulture, dairy and poultry farming. What they seem to be unaware of is that farmers have been doing this since the early 1990s. Those with small and marginal holdings were the first to attempt it.

But the world they entered was frighteningly different from the world they were leaving, for it was one in which near-complete market security was replaced by equally complete market insecurity. While cereals are not perishable and can easily be stored for six months or more (wheat) to several years ( lentils), fruit, vegetables (other than onions and potatoes),  milk and eggs perish in days. Horticulturalists have therefore found that, from the moment they harvest their crop, they are at the utter mercy of the trader.

Despite this more and more farmers have taken to growing vegetables, fruit and flowers because of the rapid and unexpected growth of exports. Since exporters offer contracted prices to ensure, and often pre-empt, supply, a degree of income stability has been given to horticulturists. As a result, the area under horticulture has more than doubled in the past twenty years to 25 million hectares, and exports have grown eightfold from Rs 8,000 crores in 2000-01 to Rs 63,700 crores in 2018-19. 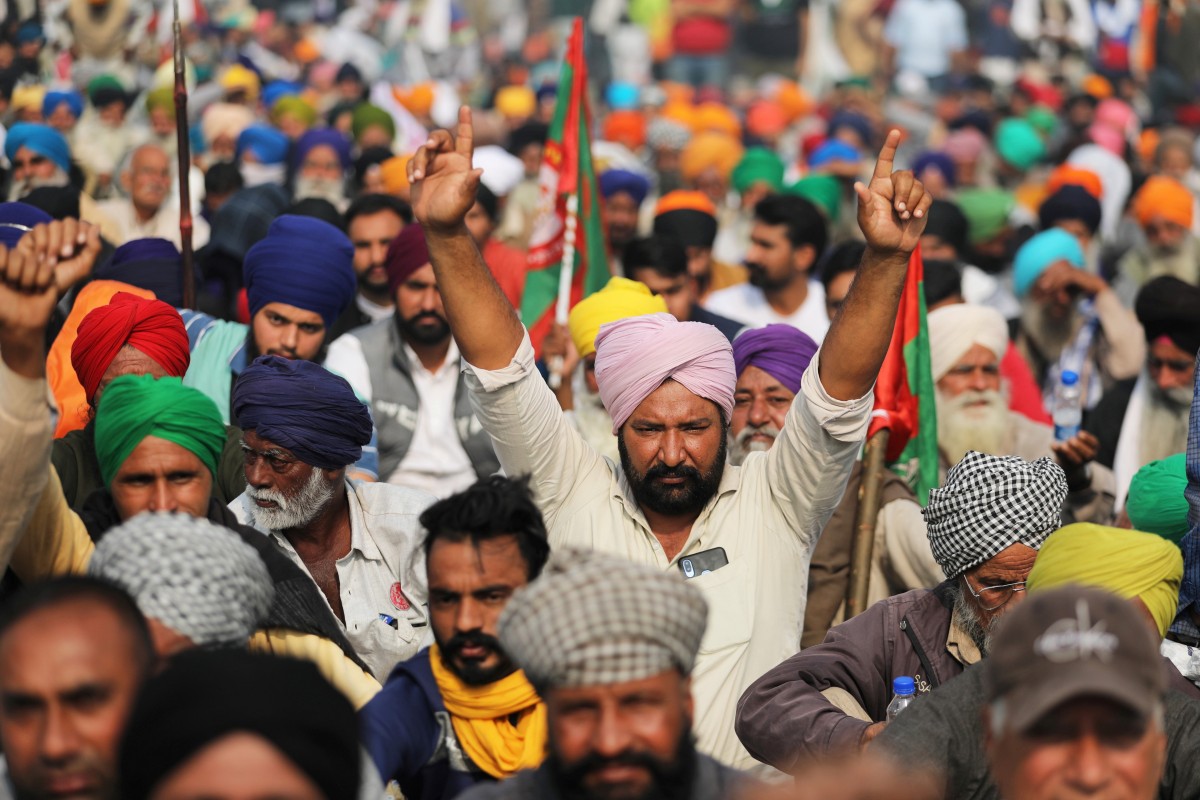 But only traders, exporters and well-to-do farmers have benefited from this windfall.  To manage the growing volume of horticultural produce giant cold storages that can store up to 40,000 tonnes of produce, have sprung up all over India in the last two decades. In March 2019, there were an estimated 7,645 large cold storages with a refrigerated space of 150 million cubic metres, capable of storing  37 to 39 million tonnes of perishable produce.

But the small farmers, who have grown most of the fruits and vegetables, have been left out in the cold because, even today, almost three-quarters of a century after independence, there are no cold storages in the villages.

The following data from the agriculture ministry’s report, ‘Horticulture Statistics at a Glance 2018‘ shows how this single omission has chained the small farmers to poverty. In Punjab, one hectare under horticulture yields four tonnes of paddy and five tonnes of wheat, but close to 20 tonnes of vegetables.

But between 2013 and 2018, the wholesale price of onions, potatoes and tomatoes – the three principal horticulture crops – has averaged Rs 10,000 to Rs 12,000 per tonne in March and April at the end of the growing season, when the farmers have no option but to sell their produce.  Since farm-gate prices average at most half of the wholesale price, the vegetable growers earn at best Rs 6,000 per tonne for their produce,  and a gross income, therefore, of Rs 120,000 in the year.

Also read: Protesting ‘Agri Reform’: Why Do Farmers Feel the Deck Is Stacked Against Them?

But the procurement price fixed by the central government for both paddy and wheat is over Rs 18,000 per tonne. So four tonnes of paddy and five tonnes of wheat a year fetch the farmer a gross income of Rs 162,000, one-third more than vegetables fetch the marginal farmers. Vegetable farming is therefore not only less secure, but also pays less than cereal farming. That is the second reason why the farmers are not only insisting upon the retention of the MSP but the repeal of all the three farm bills. If the present marketing structure is weakened or destroyed, all of them, from the largest landholders to the smallest, have no place to go but down.

The bitter experience of vegetable growers has shown the farmers who are surrounding Delhi today that the ‘market’ upon whose mercy Modi wants to cast them is exploitative and merciless. That is why they are not only insisting upon the retention of the MSP but the repeal of all the three farm bills as a prelude to negotiation.

If Modi wants to pull India out of the ‘Cereals Trap’, the path lies through the creation of infrastructure for agriculture that India’s governments and intelligentsia had promised to farmers when the Congress party made land reform its first national policy initiative in 1948, but subsequently forgot.