How strongly the ruling party is committed to its pro-business stance is indicated by its willingness to continue to antagonise such a large section of the Indian population. 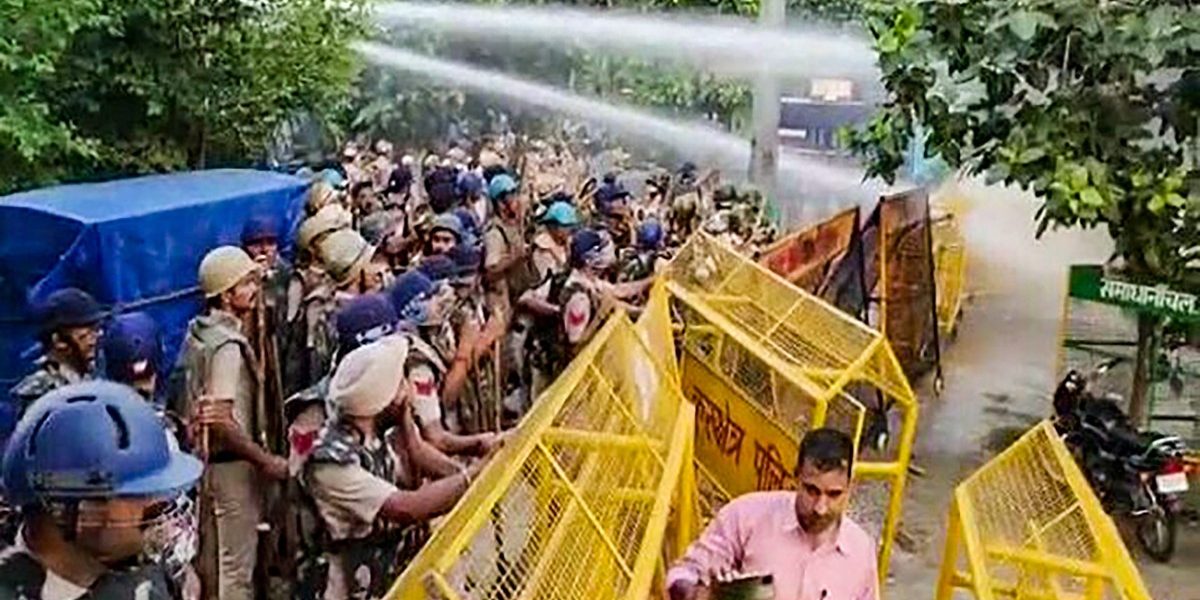 Police use water cannons to disperse farmers who were staging a protest in Karnal, Tuesday, Sep 7, 2021. Photo: PTI/@SwarajIndia

The huge mahapanchayat organised by farmers in Muzaffarnagar of Uttar Pradesh in which participants came from 22 states of India shows growing unity among the Indian farmers.

A resolve was expressed to continue to confront the government on the issue of the repeal of the three Farm Acts which they characterise as anti-farmer. Seventeen more such rallies are planned in the coming months and a Bharat Bandh will be observed on September 27. All this indicates that active pressure is being once again built against the government, after a lull.

Prime Minister Narendra Modi, addressing the nation on the occasion of the 75th Independence Day, justified his government’s stance towards the farmers. A few days before that at the annual session of the CII on August 11, 2021, he explicitly lauded the Farm Acts by stating that they connect agriculture to the markets.

Such a stand is prolonging the standoff with the peacefully protesting farmers because the prime minister is implying that the Acts are here to stay. The prime minister’s stand is in sharp contrast with the government’s conciliatory stance towards big business. At the CII meeting, he said that the abolition of retrospective taxation rectifies a past mistake and that it will strengthen trust between the government and industry. He also pointed to the reduction in the corporate tax rates in 2019.

The PM added that reforms are being implemented out of conviction and not compulsion. The conviction clearly is to help business and the Farm Acts are another concession to them.

Farmers have been voicing this fear and pointing to the contrast in the government’s attitude towards big business and themselves. The toughening of the government’s stand is also indicated by the instruction of an SDM to break the heads of the farmers protesting against the Haryana chief minister.

While Indian agriculture has flourished with output rising, farmers have been facing a crisis in their lives. This is visible in suicides, indebtedness, malnutrition and large-scale migration from rural areas. Farmers have been fleeing to cities and abandoning agriculture. But the pandemic has proved that this is no panacea for them. As much as 80% of the poor have complained that they cannot even buy one week of supplies. Many returned to the villages and sought employment under MGNREGS but not all of them managed to obtain work under it. 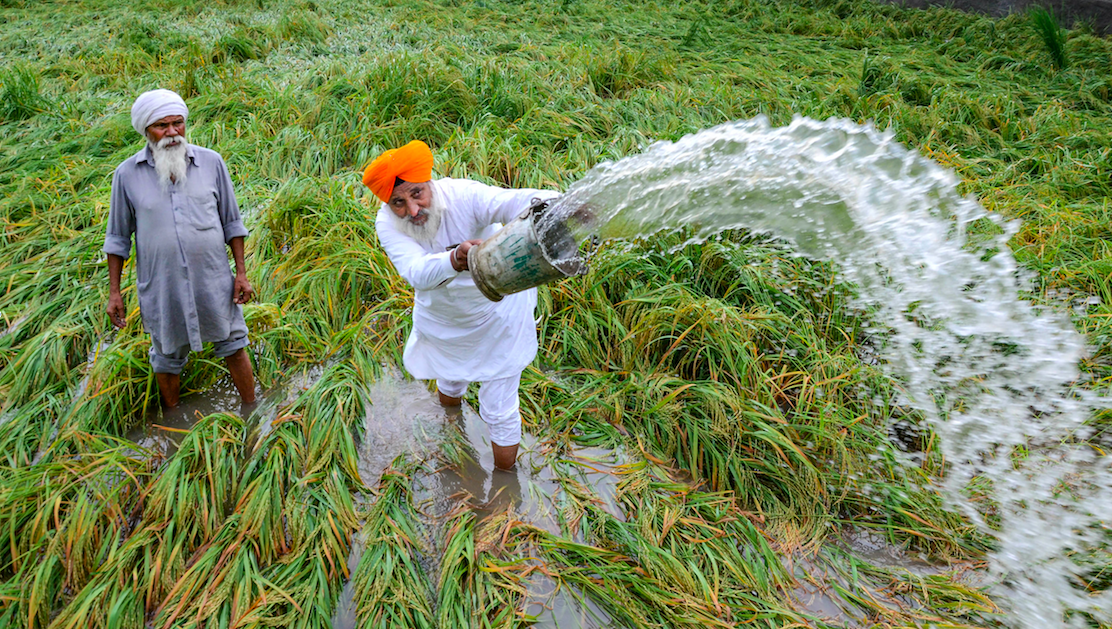 The story of farmers’ distress has been brewing for long and is the result of surplus from agriculture being drained out for ‘development’. Farmers’ wages (crop prices) have been kept low so that cheap food can be made available to non-agriculture, to ensure cheap labour for industrialisation, urbanisation and cheap exports to finance imports of luxuries for the well off.

With WTO coming into being in 1995, subsidies were reduced and import-export restrictions were relaxed. Consequently, cost of cultivation rose while prices remained in check.

This increased farmers’ losses. Meanwhile, aspirations of rural youth have risen due to high pressure advertising but the means of fulfilling them declined. This has resulted in rising frustration and despair among the young who, therefore, want to quit farming.

Change required but not through these Acts

Farmers have been agitating for change but, not for what the present Farm Acts will bring about.

The government says that the Acts will give the farmers ‘choice’ by creating ‘free markets’. But 85% of farmers are small and marginal and they are not free to sell where they may want to, where the price may be higher.

Also read: Farm Laws: Fate of Farmers in Bihar Points To What Those Across India Might Soon Face

They have little surplus to justify transporting it to distant markets. Further, they are indebted and usually have to sell to the local trader from whom they may have borrowed. Even if they borrow from the local bank, they have to repay the loan by selling the produce during the post-harvest period when the price is low. Since a lot of the produce floods the markets at that time, they have to wait to sell in the markets and therefore, they are forced to sell to the local traders. So, the idea that the Acts will give the farmers a ‘choice’ sounds theoretically good but is hardly realistic.

Further, it is said that only 6% of the farmers are able to sell at the Minimum Support Price or MSP. Out of the hundreds of crops, MSP exists for 23 crops and mainly for three crops. The implication is that for the rest, the market is ‘free’. If the ‘free’ market was as desirable as is made out by the proponents of the Bills, why would farmers be in dire straits and protesting?

The 6% who sell at MSP don’t want the APMC to be weakened since they fear they would be squeezed out by the corporates over time.

Initially, outside the APMC market, they may get a higher price but once this drives the APMC mandis to the ground, they would be at the mercy of the big players who could squeeze the price. In the recent past, taxi aggregators initially offered low fares and once the local competition had been driven out, raised fares to the disadvantage of consumers and drivers. Effectively, 85% of farmers have already been in the ‘free’ market and have been losing out due to their weak position in it. 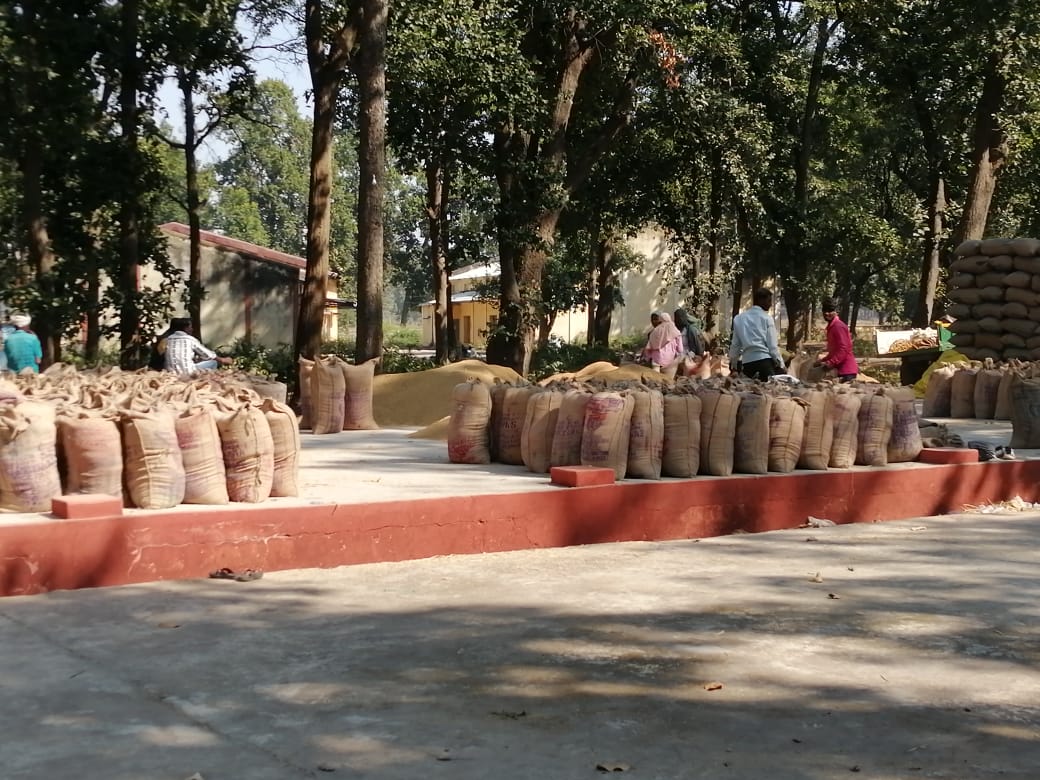 Representative image of the APMC mandi at Gariyaband in Chhattisgarh. Photo: Neeraj Mishra

APMC and MSP are crucial

Private traders have always existed in food produce markets. The MSP is a price received only in government regulated markets.

Farmers have complained that it does not cover their costs, yet, it plays the important role of a benchmark around which markets function. It signals to farmers and traders what price to expect.

As there are millions of farmers producing in diverse conditions (climatic and other factors), they do not have the pricing power to determine the price they will receive for their produce. They are shortchanged easily by the traders who buy cheap and sell dear outside agriculture.

The traders often pay the farmers less than the MSP, depending not only on demand and supply situation but also on their clout at the local level vis-a-vis the farmer. Invariably the farmers lose out.

Therefore, the farmers have demanded expansion of government-regulated markets to enable them to get the MSP.

Through the three Acts, the government is doing the opposite – deregulating the markets and leaving the farmers, especially the small ones, at the mercy of national and global companies. Yes, they have suffered at the hands of the local traders but at least they are the known devils who have often extended assistance during times of distress.

The large companies that would dominate the ‘free’ markets would not procure directly from crores of farmers so they would appoint aggregators.

All this would make the system impersonal and to the disadvantage of small and marginal farmers.

Most of the small traders would also get squeezed out by this system and that is why they too support the farmers’ protest against the Acts.

It is also argued that at present, crops are grown in environmentally adverse conditions. For instance, cotton is often grown in unsuitable soils and climate conditions only because it commands a better price. Similar arguments exist for paddy and sugarcane. This is damaging the environment and leading to a higher subsidy bill.

Proponents also argue that the government’s subsidy bill will decline as excess stocks will not be held by the government. Further, it is said private investment in agricultural infrastructure will rise as corporates enter the field and that this will benefit the farmers.

But this contradicts the government’s current stand that MSP and APMC mandis are not being eliminated – farmers know that they will simply wither away as the big corporates enter agriculture trade. 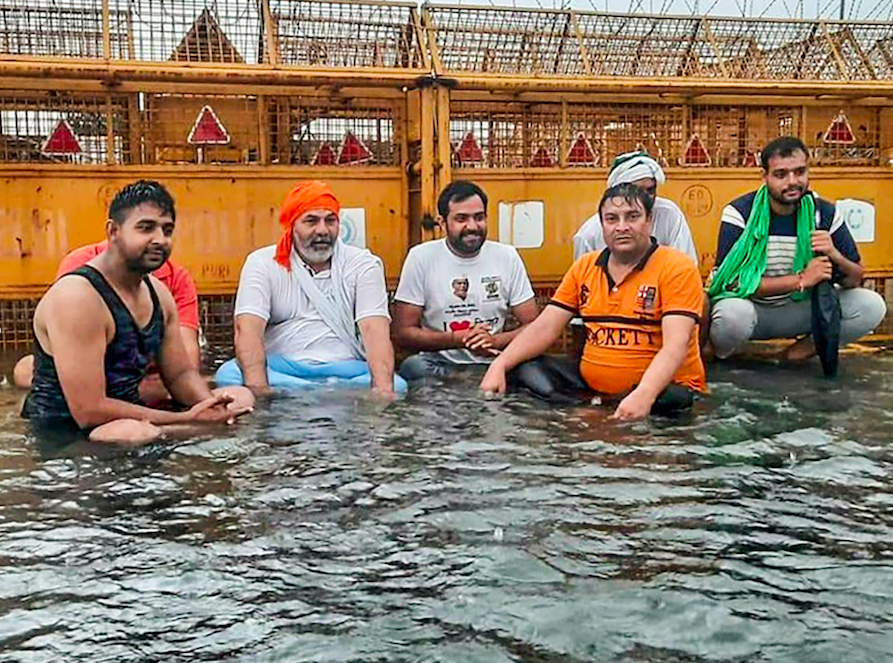 The alternative is to declare MSP for all crops so that the relative profitability for all crops would be the same and farmers will grow agro-climatically suitable crops. Further, if workers are paid a living wage (and the MSP accounts for that) demand would rise and so would prices of agricultural produce. Government subsidies due to excess stocks will automatically decline. Procurement would be required only at the margin, when the prices fall below the MSP. Further, the cropping pattern will change as profitability of other crops rises and farmers shift to growing the crop most suited to their agro-climatic conditions. In brief, the environment would be benefitted, surplus stocks will dwindle, subsidies will decrease and farming would become more viable.

Clearly, the government needs to stop looking at agriculture from the lens of corporates, as the prime minister’s speeches imply, and focus on farmers’ issues.

Instead, under the guise of dealing with the pandemic, government has been emboldened to push its pro-business agenda. As a reaction, the farmers are organising huge protests and exposing the anti-farmer stand of the government. How strongly the ruling party is committed to its pro-business stance is indicated by its willingness to continue to alienate such a large section of the Indian population. If further evidence was required it is provided by the very meagre increase in MSP for the next Rabi crop at a time when input costs have risen, whether it be diesel, pesticides or fertilisers.

The government needs to realise that its obduracy in not arriving at a settlement with the farmers will set back the investment climate and affect the recovery of the economy – which is badly required.

It needs to be asked as to whether it is now time that the prime minister admits that the Farm Acts were a mistake and build trust with farmers, just as he says he has done with industry in the case of retrospective taxation.

Dr. Uma Shankari is with the Rythu Swarajya Vedika, Telangana-Andhra Pradesh, and Arun Kumar is the Malcolm Adiseshiah Chair Professor at the Institute of Social Sciences.