In Maharashtra, a mere 7% of total claims have been settled under the Pradhan Mantri Fasal Bima Yojana. 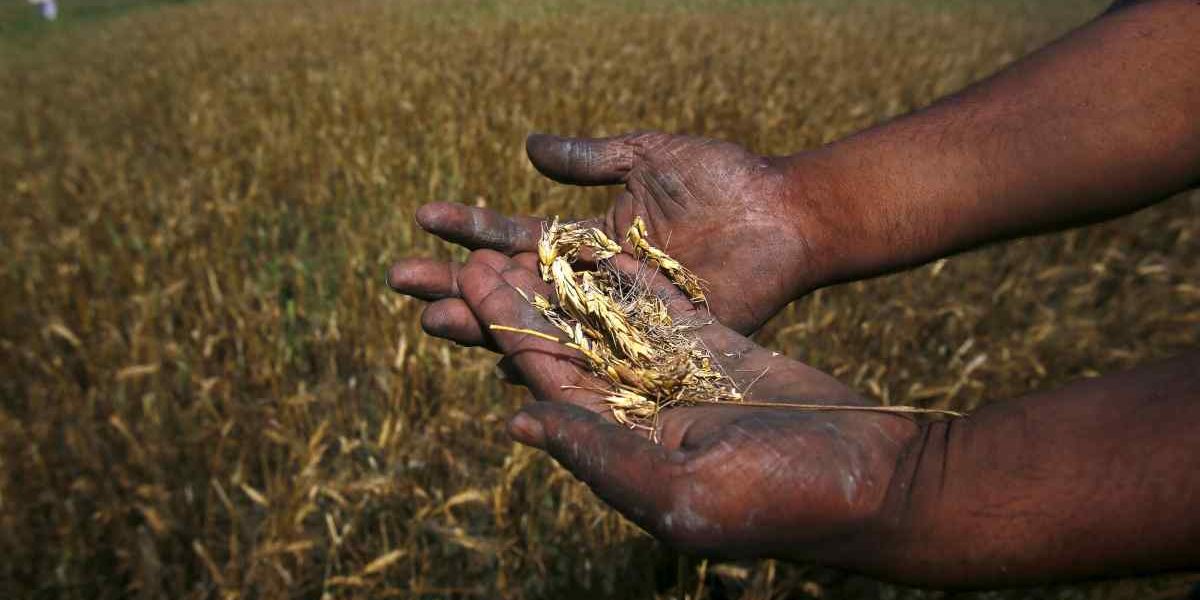 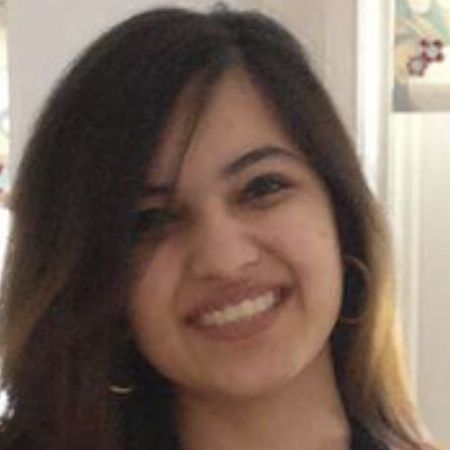 New Delhi: In April this year, Beed district in Maharashtra won an award for ‘effective implementation’ of the Pradhan Mantri Fasal Bima Yojana (PMFSBY) – the Centre’s flagship crop insurance scheme for farmers. However, last week it was reported that farmers in Beed were provided compensation amounts of Re 1, Rs 2, Rs 3 and Rs 5 for suffering crop damage. This is against a total of Rs 51.42 lakh that had been collected from farmers in the district.

More than 2,000 farmers of Kej tehsil in Beed district of Maharashtra have been given between Rs 1 and Rs 5 as crop insurance compensation. A meagre Rs 1 was given to 773 farmers, and Rs 2 and Rs 4 to 669 and 702 farmers respectively. This data was recently released by a branch of the District Central Cooperative Bank in Beed.

Maharashtra’s agrarian crisis and the role of crop insurance

Maharashtra has been suffering a severe agrarian distress for the last few years. This year 1,092 farmers have already committed suicide. That is seven farmer suicides everyday.

In the Parbhani district of Marathwada, one of the worst affected regions, farmers’ groups have protested through rasta rokos, demanding compensation for crop insurance. Massive delays and inadequacy in payment of compensation have contributed to the mounting distress amongst farmers in the state.

For the 2017 kharif season, insurance companies were due to pay farmers Rs 2,269 crores as claims under the PMFSBY. However, till May 10, the companies had disbursed only Rs 165 crore, or a mere 7.2% of the total claims. The public sector Agriculture Insurance Company was the worst performing – it owed Rs 1,014 crore to 18.7 lakh farmers, and had only released Rs 9 lakh to 40 farmers until May 10.

The kharif season last year had witnessed a long dry spell during monsoon and was overall a difficult season for farmers due to the paucity of rainfall. Pest attacks lowered cotton yields by 40% from the previous year. Farmers who needed money for inputs for the next sowing season were left in despair.

Farmers’ groups have claimed that anyone who wants a crop loan has to compulsorily sign up for the government scheme. Government data shows that 81 lakh farmers in Maharashtra ended up enrolling for it, of which 45 lakh were supposed to be beneficiaries. However, only 3.5 lakh farmers (8% of total beneficiaries) actually received the compensation.

Opposition to compulsory enrolment in PMFSBY

On April 5, the Rashtriya Swayamsevak Sangh affiliated farmers’ union Bhartiya Kisan Sangh (BKS) filed a Public Interest Litigation (PIL) with the Gujarat high court demanding the removal of clause 2 of the scheme which makes it compulsory for a farmer to get crop insurance under the scheme when a farmer seeks any crop loan. Vitthal Dudhatara, the president of the Gujarat branch of BKS, told Hindu Business line, “Due to this Clause (2), the insurance premium amount will be straight away deducted from the loan amount, without the knowledge of the farmers. They have no access to representatives of insurance companies either. The provisions in the scheme are against the farmers. Insurance can’t be compulsory.”

BKS has sought improved transparency in the scheme and has stated that in its current state, the PMFSBY works against farmer welfare. It took exception to many operational sides of the scheme, like the concepts of “notified crop” and “notified area”. The crops which are not notified are not covered by insurance. Additionally, BKS mentioned in their PIL that the insurance companies are not required to provide any document or form of acknowledgement. They put forth that these should fall under the audit of the CAG.

The BKS objected to what it called ‘arbitrary’ deduction of premiums from farmers’ bank accounts. It expressed uncertainty about the role of private players who are involved in the scheme, who may not be trustworthy.

The PIL filed by the BKS termed the mandatory payment of an insurance premium for the scheme “financial exploitation”. It stated that since farmers already mortgage their land against crop loans, they don’t require mandatory crop insurance, and attacked the lack of clarity in the scheme in terms of undecided premium amounts by the state and central governments, the lack of specifications on crops and coverage. The PIL also questioned the absence of field surveys that should be rightfully conducted while issuing insurance policies.

It also mentioned some instances where after flood damage, surveyors did not even reach the affected areas when farmers claimed insurance pay-outs.

PMFSBY was introduced in April 2016 with the intention of insuring farmers against crop failure. In case of crop damage, the farmer is to be paid the difference between the crop’s threshold (the average yield of that crop for the last seven years) and actual yield. The scheme is mandatory for all farmers who take loans from any financial institution. The degree of risk of damage for the notified crop determines the rate of compensation. It covers post-harvest losses up to two weeks, and risks such as droughts, floods and hailstorms.

The scheme aims to rectify the shortcomings of the previous National Agriculture Insurance Scheme of 1999 and the Modified NAIS (mNAIS) of 2011, which covered only limited risks. There is no cap on the premium the farmer pays, and a share of the premium is paid by the government. The sum insured per hectare of the crop is determined by district and state-level committees on crop insurance.

The scheme has run into problems because of delayed premium payments by state governments and a dearth of adequate assessment of the risk of crop failure. The guidelines of the scheme say that state governments are supposed to call bids by February for selecting insurance companies to participate. Then notifications are to be issued – in March for kharif crop and in September for rabi crops – with required details such as crops, companies, average yields, actuarial premiums and so on. The deadlines for the farmers to pay the premium are set at July 31 and December 31 for kharif and rabi crops respectively.

The states are supposed to release initial instalments of premium subsidies by August-September for kharif and January-February for rabi crops, and release 50% by November-December for kharif and April-May for rabi. They are required to conduct a certain number of crop-cutting experiments in every village, tehsil and district and submit the data a month after harvesting. The insurance companies have to process this and make payments within three weeks.

However, these prescribed deadlines are rarely adhered to. In Rajasthan, for instance, the notification of the scheme for kharif crops was issued on July 22, 2017, when most of the sowing was over. The primary mustard crop had been sowed by the time it was issued for rabi season on November 3, 2017. For kharif season of 2018 as well, most states issued notifications late. Several farmers were, as a result, prevented from accessing insurance for their crops.

The amounts of compensation provided at a pan-India level do not paint a rosy picture either. For the 2017-18 kharif season, Rs 19,000 crore was collected as insurance premium by insurance companies. The estimated claims were Rs 13,655 crore, and four months after the kharif crop harvest, only Rs. 402 crore had been paid against claims.

The Centre for Science and Environment did detailed surveys in Tamil Nadu, Uttar Pradesh and Haryana and interacted with farmers, governments and insurance companies. They found several problems with the way PMFSBY is being implemented. First, it found that an assessment of crop failure is either insufficiently done or not done at all. Surveyors are not properly trained, do not use advanced technology and are often found to be corrupt.

Despite lowering premium payment rates, kharif season 2016 witnessed a 12.6% country-wide actuarial rate. The rate in Gujarat was 20.5%, in Rajasthan 19.9%, and in Maharashtra 18.9%. During kharif 2016, insurance companies made massive profits totalling Rs 10,000 crore. Additionally, the scheme only covers farmers who have availed of loans. The proportion of farmers who hadn’t taken loans and still used the insurance scheme was less than 5%. Tenant and sharecropper farmers are also not covered.

The problems with PMFSBY, ranging from inadequate coverage and delays and inadequacy of compensation to the farmer, are significant. The distressed farmers are left with little choice but to turn to informal sources of credit for sustenance.