The NREGA workers group has blamed the Central government, banks and post offices for the delays in payment of lakhs of workers. 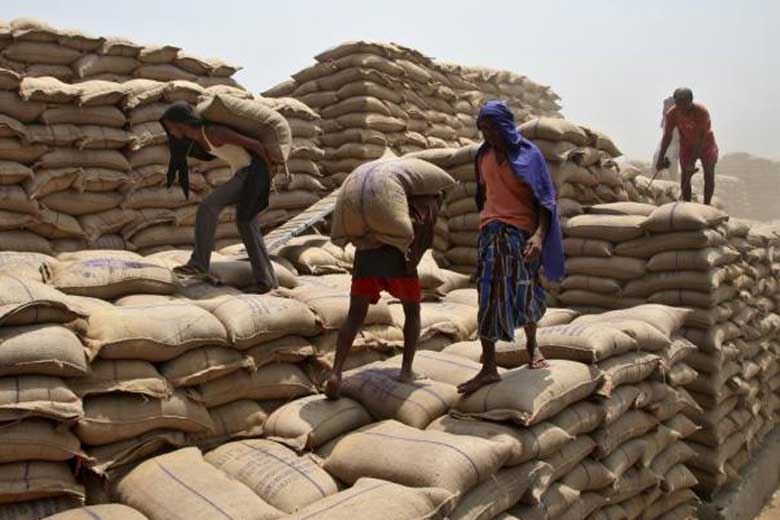 Technological interventions in the MGNREGA scheme are not helping workers. Credit: Reuters/Files 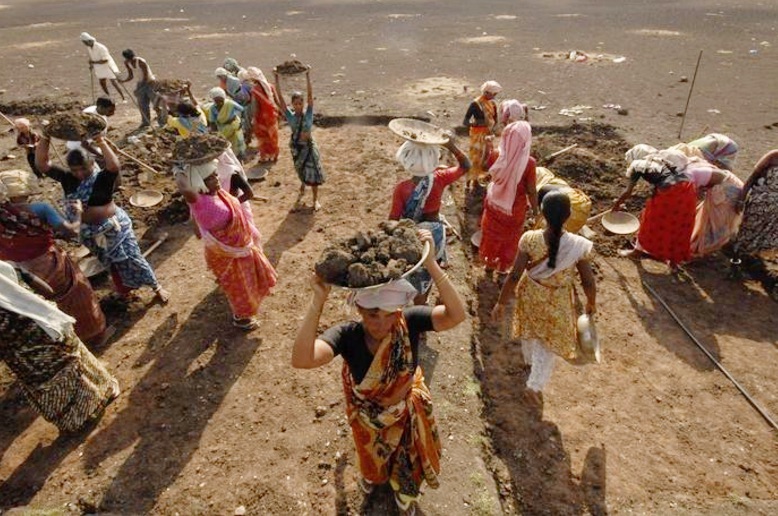 Labourers work on a dried lake to try and revive it under the NREGA at Ibrahimpatnam, on the outskirts of Hyderabad, June 17, 2009. Credit: Reuters/Krishnendu Halder/Files

With wage payments for the Mahatma Gandhi National Rural Employment Guarantee Act (MGNREGA) being frozen in 19 states across the country, the NREGA Sangharsh Morcha has blamed the Central government, banks and post offices for the delays in payment of lakhs of workers, noting that such delays have made the “payment on time figure” used by the Ministry of Rural Development, meaningless and a mockery of the right to work of the citizens.

“Wage payments worth at least Rs 3,066 crores are pending due to lapses by the Central and state governments and insufficiency of funds allotted for the programme; a problem that recurs year after year and is unlikely to get resolved soon,” the Morcha said, adding that these were wage payments for which the Fund Transfer Orders (FTOs) had been approved by the first and second signatories, yet they were pending at the level of the Union government.

No compensation for delays

The Morcha has also said that no legal compensation was being calculated or paid for these delays. The Supreme Court had on May 13, 2016, ordered the payment of all compensation that was dud, and had commented that it could “understand delayed payment of a few days or weeks to a few people, but in this case it is delayed payment of a few weeks (if not more) to lakhs of people. Given the enormous number of persons involved, this is really unfortunate.”

Despite the apex court’s observations, things have not improved. In brazen violation of court orders and complete disregard for worker rights, only Rs. 3.6 crore, of the Rs. 34.7 crore payable as compensation, has been paid for this financial year, it added.

With calculations by independent researchers released in August 2017 showing that the actual payable penalty by the government to the workers for payment delays for just one financial year, 2016-17, was around Rs 1200 crores, the Morcha demanded that the calculation of the full extent of delay in wage payment i.e. till the crediting of wages in workers accounts, be done.

MIS not capturing the real picture

To keep track of the work and payment, there is an official MGNREGA Management Information System (available at www.nrega.nic.in). But this only captures delays in the processes to be completed within states – which is up to the signing of the fund transfer orders by the second signatory, and not in those that are to be completed by the Central government or the payment agencies, or those from the signing of FTOs by the second signatory and till the crediting of wages into workers’ account.

Thus, the Morcha said the delays in wage payments of lakhs of workers, caused due to the failure of the Central government, banks and post offices in discharging their responsibilities, were not being recorded or reflected anywhere.

Noting that it was ironic that the National Electronic Fund Management, which the Ministry of Rural Development had repeatedly touted in the Supreme Court as a solution to wage delays, was further causing delays with zero accountability to the Central Government, the group had demanded that there should be “calculation and automatic payment of the full extent of compensation for delayed payments” and that no official or functionary should have the discretion of rejecting the payable compensation amount, as is currently the case.

It also said that state governments, which have put in place revolving funds to tide over such circumstances, are unable to use these funds for wage payments due to the centralisation of the wage payment process, and therefore said that this problem was just one of the symptoms of growing centralisation and technocracy in the NREGA, often against people’s interests, and contrary to the principles of the Act.

Recalling that in early September 2017, NREGA workers from 13 states had protested against wage payment delays in Delhi, the groups said their demands have however fallen on “deaf ears”.

During the protest, the Morcha had, apart from seeking adequate work, just wages and their timely payment, also demanded that conditionalities, such as Aadhaar number linkage to bank account, uploading of photograph on electronic job card and denial of work to households not possessing toilets should be removed.

For better accountability, it had urged the Centre to ensure that every state has an active and independent social audit unit, grievance redress rules and two ombudspersons per district. Further, it had also called for allowing NREGA work to take place only as per gram panchayat plans and to expand entitlements by increasing the wage rate to Rs 600, as well as increase the number of days of guaranteed work to 240 days per person – with the guarantee of work being extended to the urban areas as well.

However, the Morcha said the demands have fallen on deaf years. In this regard, it recalled another comment of the Supreme Court which had said:

It is quite clear therefore, that when the rights of tens of thousands of people are affected by delayed payment of their legitimate dues, there is a clear constitutional breach committed by the state – be it the government of India or a state government. We have not been given any explanation whatsoever why a person would want to work without wages or at least work with an uncertainty in timely receipt of wages. It just does not stand to reason.

In light of all these troubles, the Morcha has also called for immediate allocation of additional funds by the Central government to meet the full demand for work and clearance of all the fund transfer orders without any further delay.