In addition, several farmers' names have been repeated multiple times in the lists provided by various banks. 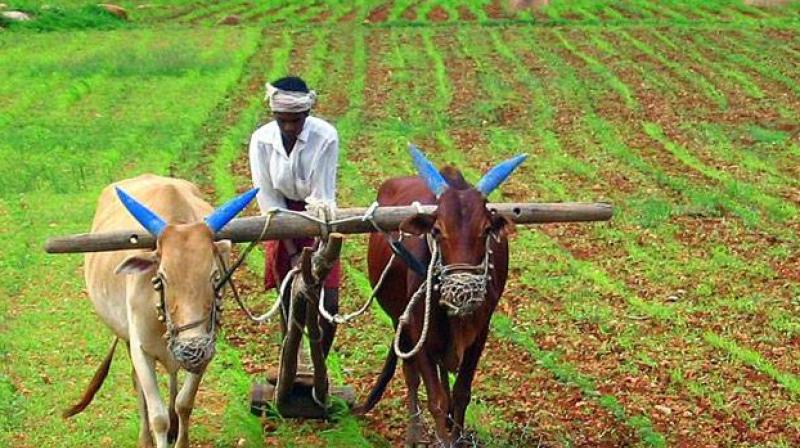 New Delhi: Maharashtra’s implementation of the farm loan waiver has hit a rather strange road block. Lakhs of farmers, according to the data provided to the government by banks, have identical Aadhaar and savings account numbers. The state government, which wanted to expedite the delivery of the loan waiver to approximately 77 lakh farmers, hasn’t yet announced what it will do about this problem.

According to the Indian Express, a leading national bank’s list to the government includes 253 farmers’ names with the identical Aadhaar number 100000000000. More than 50 farmers apparently have the Aadhaar number 11111111111. Of the 56.59 lakh applications from 77.27 lakh farmers for the farmer loan waiver scheme, only 15 lakh accounts have been found eligible for further processing, Hindustan Times reported.

The lists with incorrect details have come from national banks, district cooperative banks and commercial banks, Indian Express reported. Chief minister Devendra Fadnavis has convened a meeting of the State Level Bankers’ Committee (SLBC) on Wednesday to discuss the issue. “We are perplexed to see the identical Aadhaar and savings account numbers of several thousand farmers. Now, how can two farmers have the same Aadhaar or savings account numbers,” principal secretary (IT) V.K. Gautam has said, according to the newspaper.

Also read: Why India Must Go Beyond Loan Waivers to Free Farmers From Debt

The loan waiver has two categories. If a farmer has a loan, he/she is to be considered for a loan waiver up to Rs 1.5 lakh, without taking into account the size of his/her land holding. If a farmer has cleared his/her dues, the government has offered an incentive of Rs 25,000.

Other discrepancies also exist: there is a list of 2.5 lakh farmers who have apparently cleared their loans. However, the same banks who say they have cleared their loans also say that they have outstanding loans. In addition, one farmer owns the same loan account at least six times. Several names are repeated in the lists provided by the banks, Indian Express reported. “Apart from these discrepancies, the software also found that the farmers who have been regularly paying the loans have been shown to have outstanding loans. Only three lakh farmers are now eligible to benefit from the scheme in the first phase,” The Hindu quoted a senior officer in the IT department as saying.

According to the Hindustan Times, the state’s IT department has said that 30% of the data provided by banks is either incomplete or contains glaring errors.

“In June, the SLBC had said the total number of farmers who have loans are 89 lakh and the amount Rs 34,000 crore. However, within a couple of months, the number of farmers with loans dropped to 10 lakh when they were asked to furnish the lists,” a senior bureaucrat in the department of cooperation and marketing told Indian Express.

The state’s agriculture minister, Pandurang Fundkar, told The Hindu that the problem was “being solved”, but did not mention how. “We have asked the IT and the cooperation department to work jointly and sort out the problems. Data made available from the banks seem inaccurate and need to be rechecked. Most problems are being solved.”

Fadnavis had said before that national and district cooperative banks were trying to misuse the farmer loan waiver scheme by using fake accounts of farmers who have already benefited from the 2008-09 loan waiver scheme.