Lucknow Mahapanchayat Shows Farmers' Problems Are Far From Over

There were farmers and agricultural workers from various districts and each of them had their own issues to share. 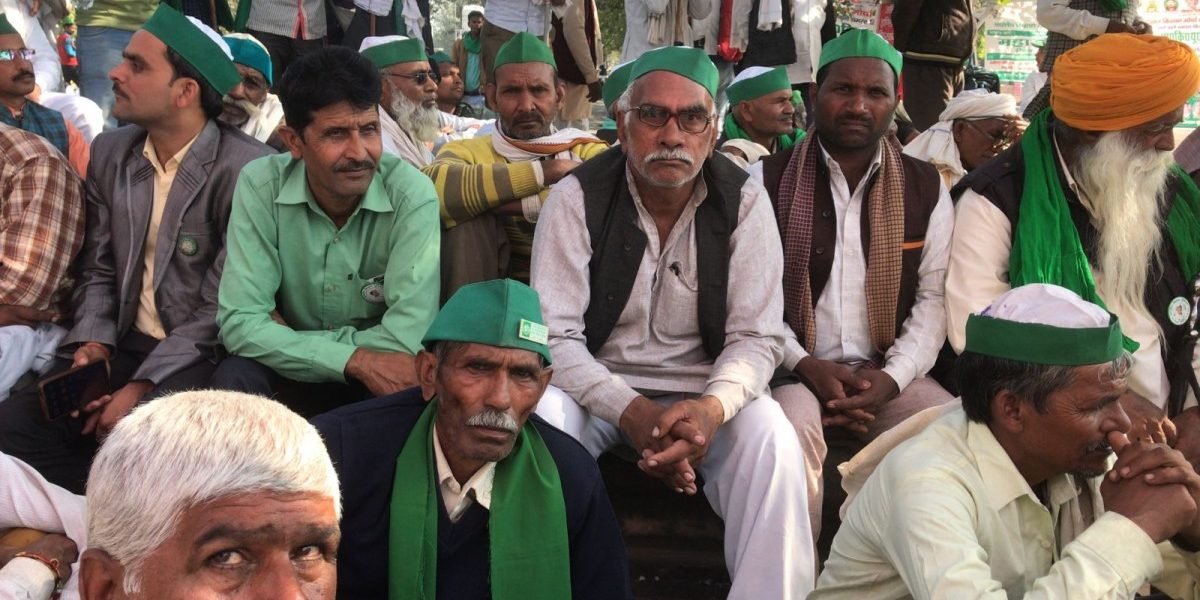 Lucknow: It was a bright and sunny day and the winter winds had not reached Lucknow yet.

Buoyed by their latest victory and fully aware of the road ahead, hundreds of farmers and agricultural labourers gathered for the Adhikar Mahapanchayat organised by Sanyukt Kisan Morcha (SKM) on Monday, November 22, at Lucknow’s stony Eco-Garden.

Those in attendance knew very well that the meeting was not just about the celebration after the rollback of three farm laws, which they had been opposing for over a year, but also to re-energise themselves for the unfinished agenda: winning legal guarantee for minimum support price (MSP), ensuring compensation for the kin of those who passed away during the last one year of protests and making sure that justice is served in the case of the Lakhimpur Kheri violence.

While there were a host of leaders from SKM at the meeting – a sizeable number of them had turned up at the venue to hear their “favourite” leader Rakesh Tikait, who has been one of the the key faces of the farmers’ protest for nearly a year now.

Thirty-year-old Nazim Alam travelled overnight to reach Lucknow from Sisauli in western Uttar Pradesh. “For both the youth and the elderly, Rakesh Tikait is our leader. The repeal of the farm laws is a victory for farmers, and Tikait has had a major role to play in this,” he said.

Nazim was among hundreds from western Uttar Pradesh and Haryana who had responded to the Lucknow rally call given by farmers’ unions and travelled to celebrate the farmers’ victory. But they knew very well that the Lucknow rally was more than a celebration.

Also read: A Winter’s Night With the Farmers at Delhi’s Tikri Border

As for Amarjeet Singh, a sugarcane farmer from Tikonia in Lakhimpur Kheri, travelling to the state capital had a purpose. His is the same village where eight people died after four of them, all farmers, were allegedly mowed down by vehicles in a convoy belonging Union minister Ajay Mishra’s son, Ashish.

“The farmers who had died in Lakhimpur Kheri were our brothers. We had grown up with them. Their deaths have awakened our area. Culprits need to be punished. We won’t rest until then. And the farmers’ leaders have to ensure that their families get compensation and justice,” he said. 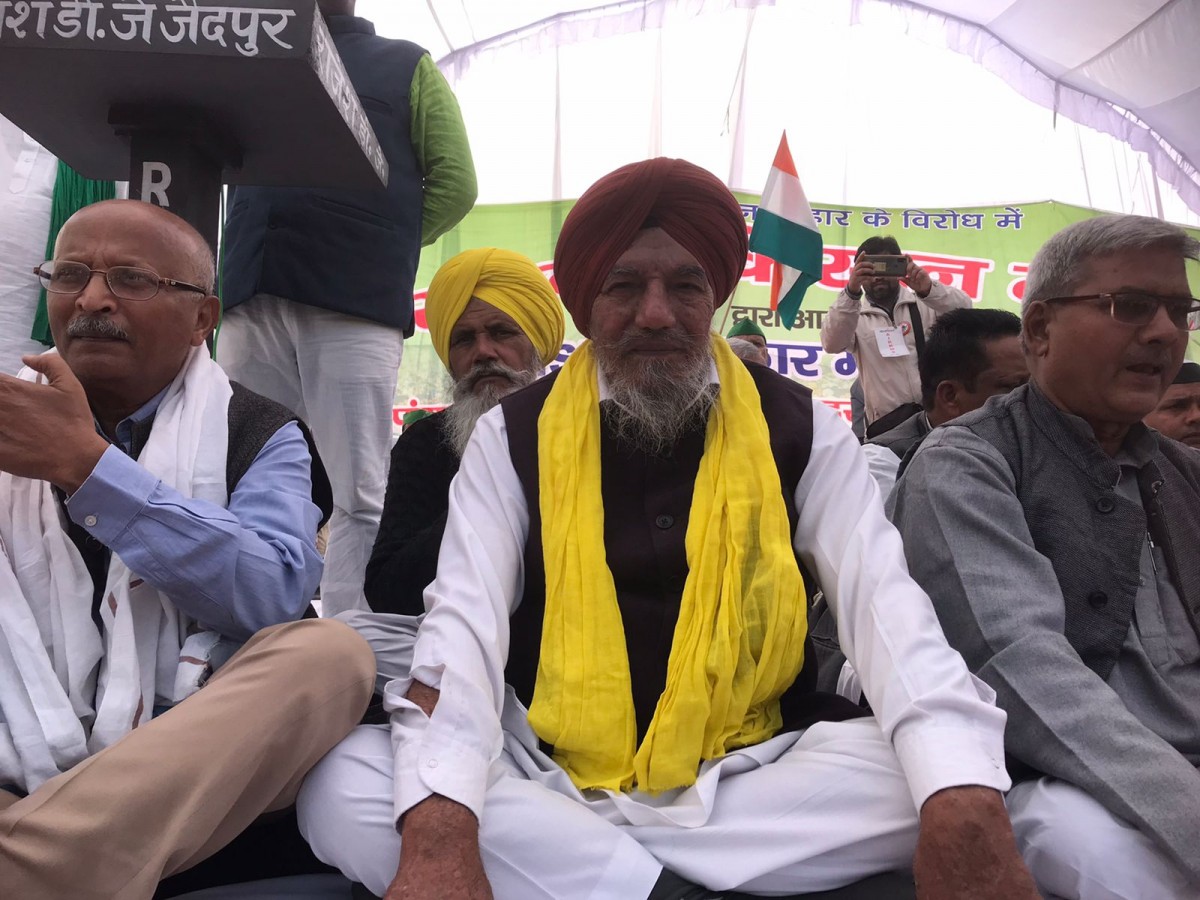 Bimla Devi from Varanasi explained this further: “As farmers have fought for one year and won the repeal of laws, it’s time to use this moment to finish agrarian distress. Without legal guarantee on MSP, our fight is meaningless.”

There were many women carrying red flags and most of them were agricultural workers in great distress. “When compensation is given on land, it goes to the landowner. Our situation is bad no matter which party is in the government. Rising prices mean we have to work extra hours,” said Sita Rani, an agriculture worker from Baraich, UP.

Naimish Singh, a farmer from Barabanki, had a different tale to tell. “Despite what the government says, in our area, farmers are forced to sell paddy to the local trader. At best we get Rs 10-12 per kg (Rs 1,000-1,200 per quintal). Our area also has other issues that have not been resolved for long. We have water problems as there are no canals,  and the water level is at 90-100 feet.”

‘People have lost faith in the Modi government’

As the meeting progressed, the crowds began to swell. New buses and processions made their way to the venue which was almost equally divided between those with green caps and red caps. There were people from various districts and each of them had their own grievances to share. Multiple challenges in the form of flooding in the Terai regions, untimely rains, rising prices have been troubling Uttar Pradesh for some time now.

Masrool, a young farmer from Bijnor, wore a green turban to express his solidarity with fellow farmers. After taking a puff of his hookah, he said, “We have lost faith in the government because they show something and do something else. Today, we are in 2021, Modi had promised to double farmers’ incomes, where is he?”

Continuing further he said, with demonetisation, the failed promise of Rs 15 lakh to every citizen and a number of failed schemes, people have lost faith in the Modi government. “I can speak for 80% Bijnor residents. They will not vote for Modi, whether he repeals the law or not,” he said.

By then, families of those who had died during the year-long protest, had been called to the stage. “Raise your hands, if you commit to helping and supporting these families,” announced Dharmendra Mallik, one of the organisers. A number of hands went up offering to lend support to the bereaved families.

At around 3 pm, Rakesh Tikait finally stood up and took to the podium. “Let the government know, we are not leaving. Our struggle will continue until there is a law on MSP. We will continue to agitate in a peaceful way for MSP, compensation for deceased farmers and justice for the victims of Lakhimpur Kheri,” he said.

Tikait also expressed his displeasure that the government had not been communicating with farmers.

“We will see how long they don’t talk with farmers. It is time to connect UP’s issues with our andolan. Sugarcane dues continue to destroy our farmers. UP farmers don’t get fair prices and are cheated at every step. Yet the government continues to lie about the prosperity here. We have to deal will all these issues and awaken UP and India,” he added.

The farmers’ leaders also announced that all other rallies will continue and there may be a rally in Varanasi soon.

As Tikait finished, many in the crowd jumped to get a selfie with him and media persons rushed in for bytes.

At this point, this reporter bumped into veteran farm leader and general secretary of All India Kisan Sabha, Atul Anjaan, wearing a brown kurta and black Nehru jacket. The two spoke over the Dunkel draft, General Agreement on Tariffs and Trade, the World Trade Organization and the ongoing farmers’ protest.

“The government is scared of this revolution and hence on the back foot. But this is not the end. As Kalraj Mishra has recently said, these laws can be brought back again. So farmers and our nation should be extremely careful. It’s not over yet,” said Anjaan.