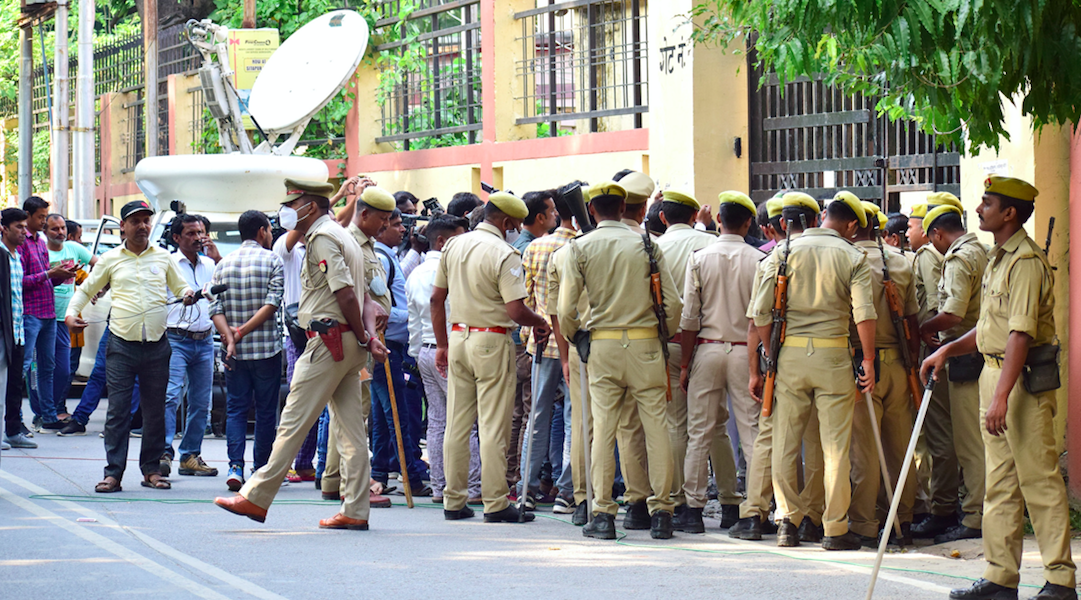 Ankit Das and Latif alias Kale, who appeared before the Special Investigation Team (SIT) at the crime branch office in Lakhimpur, were taken in custody after questioning and produced in court which sent them in judicial remand for 14 days.

Kale is said to be a close friend of Ashish Mishra. Das is the nephew of former minister Akhilesh Das.

On Tuesday, Das and Kale had moved an application for surrender before the chief judicial magistrate.

With this, the total number of people arrested in connection with the mowing down of four farmers at Lakhimpur Kheri on October 3 has gone to six – Ashish Mishra, Luvkush, Ashish Pandey, Bharti, Ankit and Kale.

On October 3, four protesting farmers were mowed down by a jeep, following which violence erupted. Four others, including two BJP workers and a journalist, were also killed, apparently in clashes after the car ran over the farmers.

While the police sought their custody for interrogation, their lawyer opposed it. The court reserved its order on the application for police remand of the two, they said.

Ashish Mishra, who was arrested on October 9 by the special investigation team after 12 hours of questioning, had been sent to three days in police custody from Tuesday.