Examples from Jharkhand, Karnataka and other places make a strong case for kitchen gardens in more parts of the country. 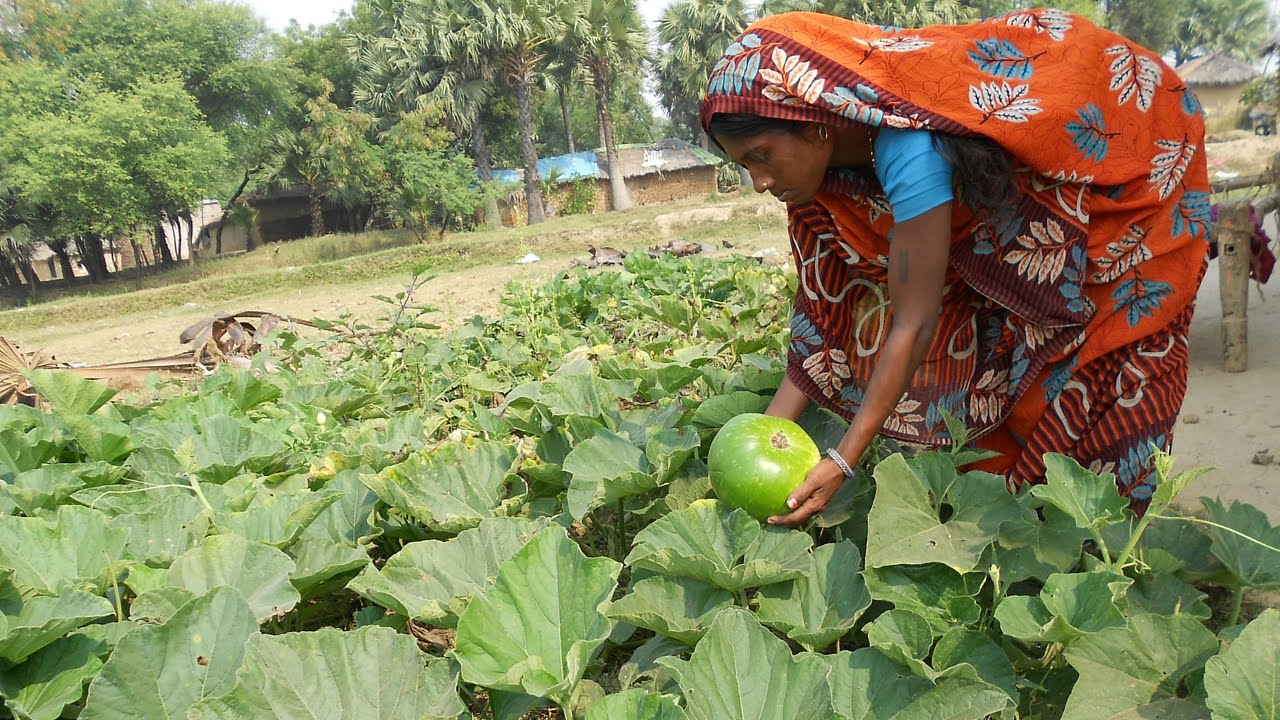 Pali Biruli lives in Gondamara, a tribal village in Saraikela district of Jharkhand. When we stepped into the courtyard of her home to have a glass of water, the beauty of the surrounding greenery surprised us. Within a small place. she and her family members had managed to grow papaya, mango, lemon, guava and diverse seasonal vegetables including chilly, kundru and beans. The kitchen garden provides her family with a steady stream of different vegetables and fruits, and adds greatly to their nutrition while also providing a little extra for sale to add to the family income.

Shakuntla Saavaiyan is an anganwadi worker in Arjunvila village of the same district. She proudly shows us around her kitchen garden outside the anganwadi (Integrated Child Development Services) centre. Coriander, mustard, brinjal, chilly, papaya, banana, tomato, bitter gourd, local varieties of beans, lemon and guard have been planted here. The produce of this well-maintained and properly-fenced kitchen garden is used to provide extra nutrition to children.

In addition, Shakuntla has planted another kitchen garden very close to her own home. The produce obtained here is for enhancing the nutrition of her family, Shakuntla is very conscious about nutrition, which was evident when she was talking to her colleagues about the special care a malnourished child under her care needed. It is this consciousness about nutrition that has led her to making a lot of effort to plant and maintain these two kitchen gardens.

Several such kitchen gardens can be seen in Rajnagar block of this district, which are being encouraged in a systematic way under a project called India for Eco-Foods. This project, implemented by the Centre for World Solidarity, focuses on organic farming and traditional seeds. Among other uses, these kitchen gardens also help save traditional seeds of several vegetables and fruits.

A sister organisation, Vanya, has also been formed to promote livelihood aspects. Vanya’s food products, several of them from kitchen gardens, are being sent to Mysore, Bengaluru, Chennai and Goa. These include banana chips, jackfruit chips and papads, and kokum juice. This value-added work is enabling rural women to get a better price for their produce.

Such examples of kitchen gardens contributing in a significant way to nutrition, livelihood support and seed protection are being reported from various parts of the country. This has led to a view that such kitchen gardens need to be promoted more parts of the country. These gardens also contribute to water conservation as they make good use of waste water generated in various household activities.

However, the poorest households who can benefit the most from kitchen gardens often have very little land. As land redistribution and the land reform agenda have been almost given up by governments, there is need to revive the concept of at least some minimum land for all village residents. In recent years, the urban rich have been able to buy farmhouse type land in rural areas in a big way, while several small and marginal farmers have lost their land, and the aspirations of the landless for some land have simply been brushed aside.

Some time ago,  various organisations working with Ekta Parishad had raised the demand for a minimum land holding in the course of their campaign for land reforms. If this demand can be met, then it will be possible for the poorest small families to have reasonably good kitchen garden space for providing nutrition and livelihood support to their households who need it the most. In addition, the concept of kitchen gardens should be included in the overall planning for improving nutrition, both as a part of the National Nutrition Mission. Voluntary organisations can contribute much to advancing the idea in many creative ways. Kitchen gardens linked to anganwadis or ICDS centres can also play an important role.

Bharat Dogra and Baba Mayaram are freelance journalists who have been involved with various social movements and initiatives.