Villagers in Navagam in the Dang district of Gujarat have said they will boycott the upcoming assembly polls if the government does not resolve the long pending issue of land and house titles. 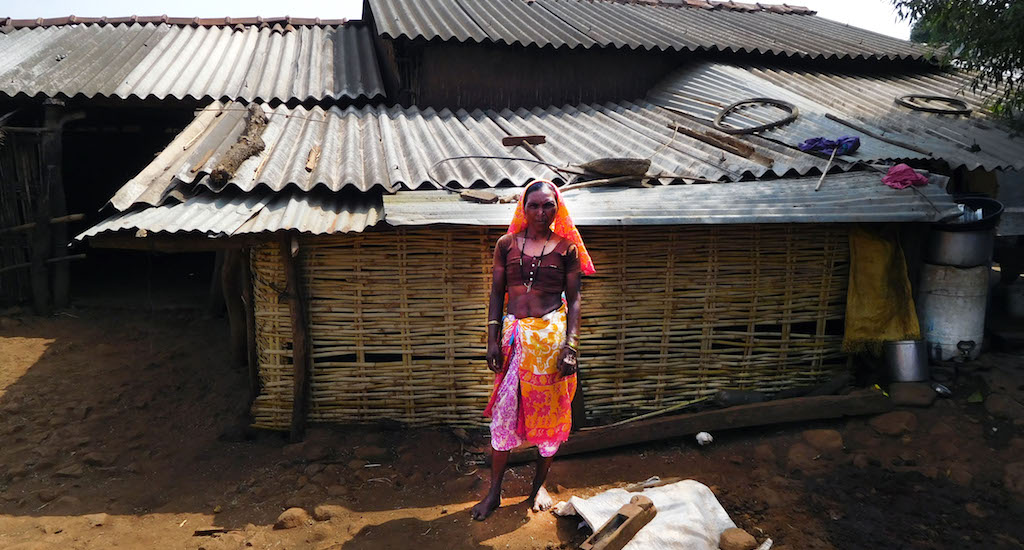 The 1,300 residents of Navagam village in Gujarat’s Dang district, an ethnic people living adjacent to Saputara, the state’s only hill station, are up in arms over their demand for land and rights in an area they have been residing for generations. The Navagam village committee have shot off a letter to Gujarat chief minister Vijaybhai Rupani, saying that they will boycott the imminent Gujarat’s state assembly polls should the government fail to resolve their long-pending issue of house titles and land ownership.

Navagam resident Howsaben Waghmare walks from her hut in the village three km away to Saputara and a few km beyond the state boundary right into Maharashtra, where she buys a basket of strawberries, only to cart it back to sell them at Saputara. The hill station, being a notified area, does not permit hawkers, so she sells by the pavement without a licence and earns a few bucks “while it stays dry,” because once it rains, all tourist activities will come to a halt in Saputara.

Thirty-five year old Ulusi Madhu Pawar works as a daily wage laborer doing construction work in hotels and farmhouses in and around Saputara. Her husband rears cows for a living and they have seven children. She lives in a hut in Navagam but has no proof or paperwork of her residence. With every passing day, the threat of being homeless looms high. Her hut could be razed to the ground anytime. The risk is high and the worry palpable.

Like Howsaben and Ulusi, there are hundreds of other Navagam residents who depend solely on tourism-related activities in Saputara. Vijay Gulab Darvi works as a guide and Suraj runs a tea stall, while the more educated have moved out of the zone and sought employment in places as far as Vadodara, like Sadhubhai Pawar who works as a high school teacher.

The entire village of Navagam of approximately 450 acres of agricultural land and five acres of residential land was shifted from the present-day Saputara’s tourist zone back in 1969 to a spot three km away. Saputara was notified in 1989, leaving Navagam’s residents running from pillar to post to fetch legitimacy to their homes but in vain. 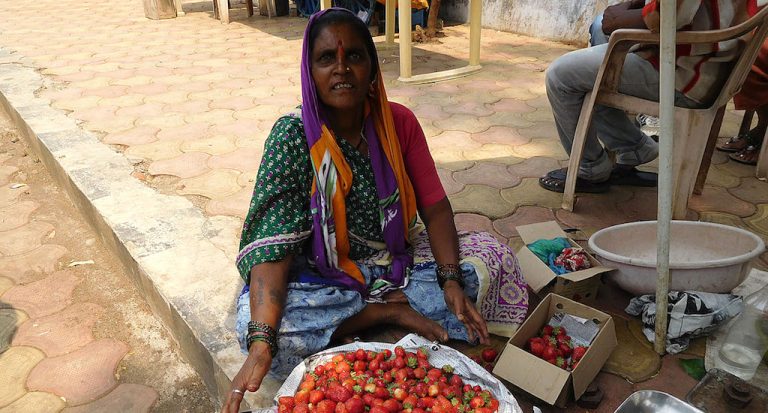 However, on paper, everything looks hunky-dory for the marginalized Navagam residents. The state government has, in principle, offered them loans under well-meaning governmental schemes. But they come with a string of riders, which ensure the residents don’t qualify for the loans. So, the letter of the law makes a promise and, in the absence of intent, its reach is compromised.

Under the myriad schemes provided by the government, Navagam’s residents have been getting letters of intended loans by the government. However, once they approach the banks for loans, the financial entity asks them for a guarantee through hypothecation, as is the norm. And, herein lies the catch. While some of the village’s residents own their huts, the land on which they rest does not belong to them. In the absence of the land being conveyed to them, their homes did not qualify for the loans offered and were hence rejected.

Navagam’s residents, who say that the government had promised permanent homes to their parents an entire generation earlier, are now being served notices for eviction once again.

Not all is right

Now, over the years, the number of houses increased. Today, there are 280 houses in Navagam, of which only four have full rights (house and land). Almost half of this lot, 120 in all, has what is colloquially known as half rights.

They possess the house rights while the land does not belong to them. And then, 101 houses have no rights but by dint of an eviction notice issued to them by the government in 2013, they claim they cannot be evicted. And then, the worst affected being, 53 houses that are completely without any paperwork or even issued notices. The government has suggested to the villagers to buy property rights through auctions as is the rule in Saputara but the villagers are in no financial position to do so.

Sadhubhai Pawar, among the few educated residents of Navagam, has ten families living in one home, which lacks a clear and legitimate title of both house and land. “Almost all houses here have three to ten families and as many as 25 people crammed up in two to three rooms,” he told VillageSquare. “For generations now, the government has made many assurances, but Navagam’s residents live in continual risk of eviction.”

“The plight of Navagam’s residents is worsened by the fact that a lot of outsiders come to Saputara to work, thereby affecting opportunities for locals,” says Dangi taxi driver Madhavbhai Choudhary, who commutes daily from his village 16 km away from Saputara for a living. “There are so many Maharashtrians who come here to earn a living. Saputara, being at the border, has a mix of Gujaratis and Mahashtrians. Also, business is just about fine now. Once it rains, tourists arrive only on weekends and then, not at all. So it becomes difficult for the locals to make ends meet,” he told VillageSquare.

The Saputara Notified Area Development Authority announced an amusement park near Navagam in 2009. The City Survey officer served the first notice to the villagers on October 6, 2009 under Section 61 of the Land Revenue Code. All the families paid the penalties and rent of Rs 25 per house charged for each year since 1970-71. A second notice by the City Survey officer called for demolition of the illegally encroached lands by 2010. The villagers made representations to chief minister Narendra Modi and the State Human Rights Commission.

They had then maintained the Authority had not conducted a single land survey until 2009, when it sent notices asking them to pay the rent to the City Survey officer. Navagam’s residents maintain that the authorities issue eviction notices to persons through processes that do not follow the due process of law and are entirely arbitrary.

A section of the residents also feel a notice for eviction is seen as proof of residence at that point of time and that is perceived as a reason for the higher number of eviction notices than the actual number of residents who are to be moved. This, notwithstanding the fact, that a government eviction notice does, in no way, accord any legitimacy to an illegal act or be capable of use in a court of law.

The village has grown in size and structure but the administration continues to look at it with a skewed myopic view and treat the ethnic locals, as illegal residents and a slur to the zone’s tourism potential. Navagam’s latest move of threatening poll boycott is in hope that the voices of residents will now be addressed.

This article was originally published on the Village Square. Read the original here.