RCEP's Threat to Agriculture Staved Off, but That Does Not Solve the Sector's Problems 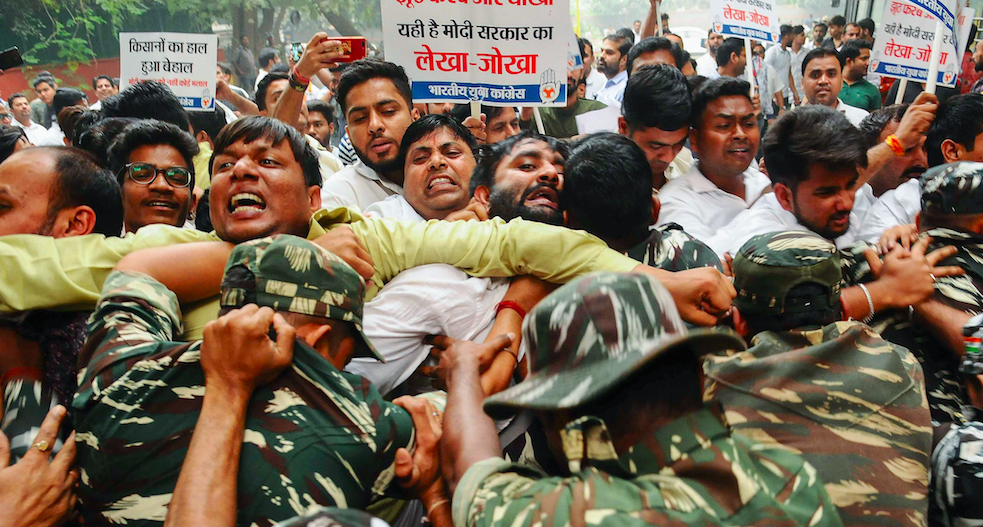 Farmers in Delhi protest against the RCEP. Photo: PTI

The run-up to the RCEP leader summit in Bangkok last week was truly amazing. While farmers and trade union activists from both the Left and Right were opposed to India signing the RCEP, the government seemed to be in two minds.

Indeed, senior ministers were reluctant to take a clear position as it was not clear if the Centre had not decided whether India would join Asia’s mega free trade pact.

It was only on November 4 that things become clear when the Prime Minister, in his speech at the summit announced that India would drop its plans as negotiations had failed to address “outstanding issues and concerns”.

Only after this did the government take a clear position that the RCEP, as envisioned currently, will not be in India’s national interest. Even industry-led organisations like FICCI and CII had not come out with policy papers on a subject which was of direct interest to their members.

On October 30, a High Level Advisory Group (HLAG) chaired by economist Surjit Bhalla, argued that joining the RCEP would be particularly beneficial for India. In fact, if one went by the speech that commerce minister Piyush Goyal gave at the launch of the HLAG report, one distinctly got the feeling that the Centre saw merit in going ahead with the RCEP.

It appears that the final decision was taken by the prime minister only days before the Bangkok summit or perhaps even during the negotiations that reportedly took the night before the announcement.

India has already signed FTAs with ASEAN and South Korea in 2009 and Japan in 2011. We know that the trade deficit with these countries have increased, while Indian exports have not seen commensurate benefits.

The government commissioned three reputed think tanks, ICRIER, Centre for Regional Trade at IIFT New Delhi and IIM Bangalore to evaluate the benefits of FTAs to India and to hold consultations on negotiations involving investments, goods and services. The reports of these think tanks are not available in public domain so informed discussion on India’s negotiating strategy and the likely benefits from RCEP could not really take place.

Also Read: India Was Right to Walk Away from RCEP, But What Comes Next?

India’s trade deficit with China, $54 billion, is already too high and there was a need to understand whether Chinese goods were routed through ASEAN countries in contravention of the rule of origin guidelines. Only a detailed study by professional institutions could investigate that — but we do not know the findings of the think-tanks and the suggestions given by them to the Government on the road map for joining RCEP.

But this is not the only cause of concern. India exported $7.74 billion of rice in FY’2019, out of which $3.03 billion was non-basmati rice. North-west region of Punjab, Haryana and west UP should be growing much lesser quantity of non-basmati rice if agriculture has to remain sustainable in the region. Over the next two decades, there will be no option but to reduce cultivation of paddy in this region, so joining RCEP would not have increased export of non-basmati rice in any way.

Having lost the case in WTO, India’s poultry sector is already feeling uncertain due to the possibility of large-scale imports from the US. At present import duty is 100%, but Washington DC is pushing for the reduction of duty to 30%.

So, it is clear that FTAs with ASEAN, Japan and Korea have not helped in expanding agri-exports.

Even before the FTA with ASEAN was signed, coconut farmers in Kerala were hit by the crash in copra prices due to imports. Due to high inflation, in April 2008, the duty on crude and refined edible oils was reduced to zero and 7.5% respectively. As a result, the coconut oil prices crashed and the government had to prohibit import at ports in Kerala.

Thanks to Amul, it was only the milk sector which put up a spirited case for not permitting cheap import of milk powder through the RCEP. Rearing of milch cattle is primarily done by landless labour and marginal farmers. Their protest resonated in the media and it is probably due to them that the government finally decided to opt-out of the RCEP. NITI Aayog’s demand and supply projections towards 2033 show that production will be about 330 million tonnes while demand will be 292 million tonnes. So, the justification for opening up imports was quite weak.

Thanks to Amul, the milk sector put up a spirited case for not permitting cheap import of milk powder through the RCEP. Photo: Sukanya Shantha

Also Read: Invoking Mahatma Gandhi to Stay out of RCEP Is a Lazy Act

For the time being, the government has obtained a reprieve from the threat of lower tariffs on agricultural commodities. But strategic considerations may result in a review of this decision in the next few years. In the meantime, policy reforms in agriculture and allied sectors can improve the productivity of crops and animals. Direct income support to farmers can help in restoring sustainable cropping patterns which may result in reduced export of some items, like rice, but it may reduce dependence on import of pulses and oilseeds.

India’s surpluses of most agricultural commodities are marginal. So, free-trade agreements should provide sufficient openings to the manufacturing and service sectors.

Siraj Hussain has served the Government of India in the Ministry of Agriculture and Food Processing Industries. At present, he is visiting senior fellow, ICRIER.