'I Was Lured Into Monsanto’s GMO Crusade. Here’s What I Learned' 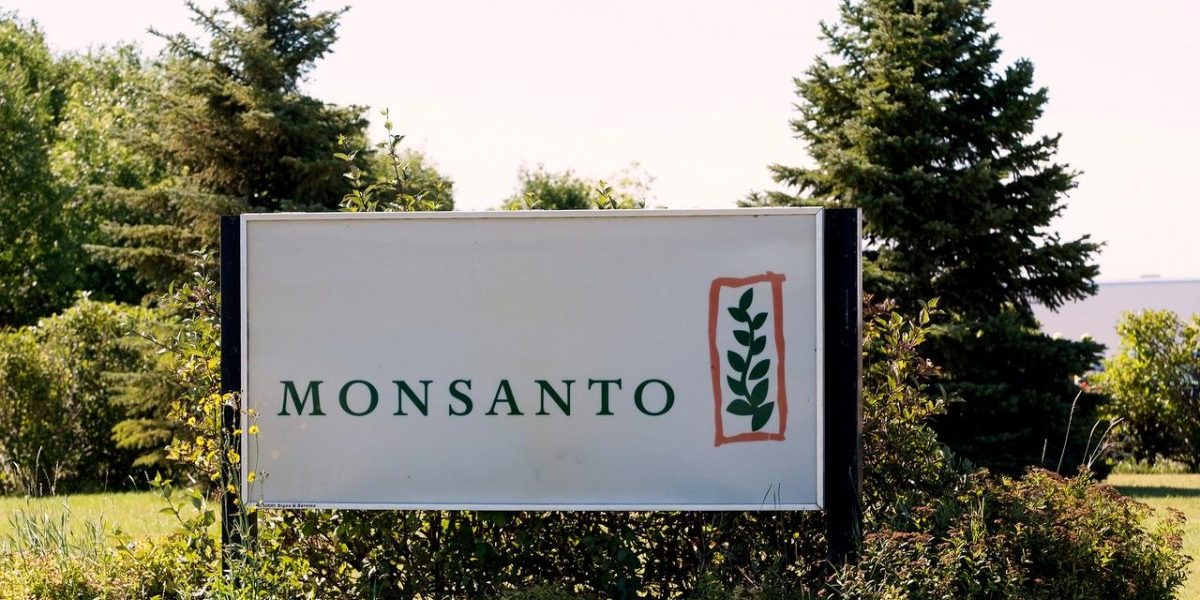 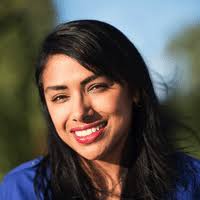 It wasn’t until long after I first met Vance Crowe, at the 2016 conference for the Committee for Skeptical Inquiry in Las Vegas, that I realized he was trying to win me over. Tall, white, conventionally handsome, and extremely charismatic, the 34-year-old Crowe was two years into a stint as the director of millennial engagement for Monsanto, the controversial agricultural company that has become synonymous with genetically modified food. And I was exactly the kind of person that he sought to engage.

As a millennial, progressive, science-minded mom of two, I had grown sick of fearmongers who were using bad science, poorly interpreted science, or – worst of all – no science at all to render parents’ love for their children into an anxiety about genetically modified organisms, or GMOs. I’d found solace in the skeptics movement, whose members stress empiricism and the scientific method, and I began blogging to counter the fear and myths that were so pervasive in the parenting world.

So began my strange dance with Crowe and Monsanto – a dance that saw me go from vocal supporter of Crowe and his GMO movement to unabashed critic. The dance more or less ended in May of this year, when Crowe announced in a blog post that he stepped down as Monsanto’s director of millennial engagement, having largely failed at his goal of warming young people to the idea of GMOs. (Bayer, which acquired Monsanto last June, said in a statement that the company does not currently have plans to fill the position.) 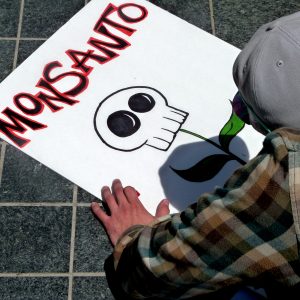 Monsanto has been a lightning rod for people’s views on food, the food system, global health, and war since well before it began its pivot into agricultural biotechnology in the 1980s. And in 2013, 31 years after Monsanto scientists first modified a cell line, the furore around the corporation showed few signs of slowing.

Amid a wave of anti-Monsanto fervour on the internet, a reported hundreds of thousands of protestors took to the streets around the world to “March Against Monsanto.” GMOs, and Monsanto in particular, were being wrongly blamed for a raft of health and social problems, including rising allergy rates, farmer suicides in India and even racial health disparities in America.

In 2014, in an apparent attempt to win over young minds and “crack the millennial code” — to borrow the theme at that year’s Animal Agriculture Alliance conference – Monsanto hired Crowe, a communications strategist, as their director of millennial engagement.

As journalist Jessie Scott put it in a 2017 profile for Successful Farming, Crowe’s overarching goal was “to engage with millennials about the intersection of farming, food, and technology,” and push back against activists who “spread fear of modern agriculture.” He identified six like-minded communities – which he problematically called “tribes”– that he hoped to recruit as allies: computer technologists, STEM proponents, pragmatic environmentalists, food-as-fuel proponents, agriculture advocates, and skeptics.

It was no surprise that Crowe and Monsanto eventually noticed my writing. During my young but very active career as a blogger, I’d written article after article and tweeted ad nauseam about how GMOs weren’t the cause of the myriad problems attributed to them. I’d interviewed Nobel Laureate Sir Richard Roberts to help amplify his #Nobels4GMOs campaign.

I made it clear that widespread opposition to genetic engineering technologies had kept important agricultural solutions out of the hands of people who need it. I even co-founded March Against Myths, a science activist organisation forged to counter the “pseudoscience injustice” that we believed was being perpetuated by the March Against Monsanto.

Crowe soon began to engage me. We shared cordial Twitter exchanges and even commiserated face-to-face about the often fact-scarce rhetoric of genetic engineering opponents. It was unsettling to later realise that he was deliberately targeting not just me but the entire community of skeptics – who had rescued me from my own fear as a young mother – and the other so-called tribes.

For a while, I played the part of loyal apostle. One frequent target of my work was the Non-GMO Project, which had begun putting its distinctive butterfly label on the packaging of foods it certifies as free of genetic modification. Altogether, the Non-GMO project claims to certify more than 50,000 products representing more than $26 billion in annual sales. In a 2017 op-ed, I wrote that “the Non-GMO Project’s vilification of safe technologies” was indefensible, and that they were “ruining my shopping experience”.

However, I gradually began to sense that there was something very wrong with the GMO gospel. In August 2017, several pieces I co-wrote for Forbes were taken down when it was discovered that my co-author had published articles ghostwritten by Monsanto.

That feeling that something was wrong came into even sharper focus early last year when Crowe and Monsanto hosted a fireside chat with University of Toronto psychology professor Jordan Peterson to address farmers on “the danger of allowing ideologies to grow unopposed”. Peterson’s star was rising among the political right, following his very public refusal to comply with his university’s policy of addressing students with their preferred gender pronouns. 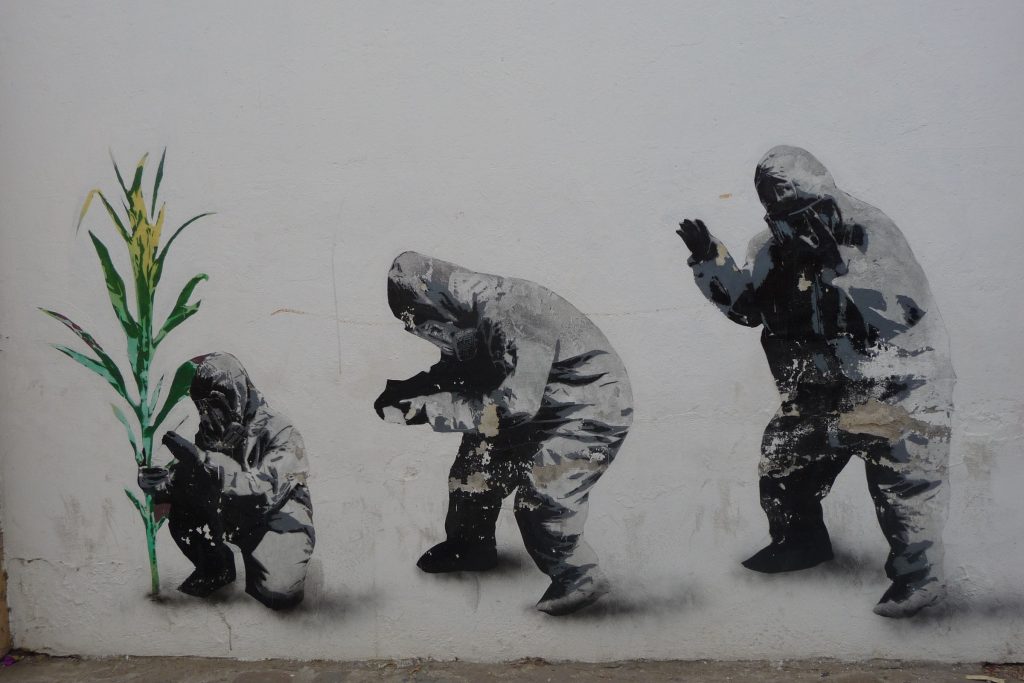 In an essay for Slate, I criticised the decision to invite Peterson, both on account of his bigoted views and because as far as I could tell – in his numerous lectures and hundreds of hours of popular YouTube videos – he had never before addressed the topic of agriculture. Soon after my story went live, a slew of pro-GMO tribespeople rushed to Monsanto and Crowe’s defense. Among them was Kevin Folta, then one of the most prominent scientists advocating for genetic engineering, who tweeted that his “heart hurts” for Crowe, adding, “That was a shitty title and a hit job Kavin. I hope the check was worth it.”

The blowback from the Slate story catalysed an awakening, and suddenly I saw the landscape of the GMO battle with aerial clarity. Everything I’d written and said in support of GMOs was factually correct, but my approach had been all wrong. It’s impossible to have a constructive conversation about GMOs without acknowledging that underlying the unscientific claims made by many GMO opponents is a legitimate desire for trustworthy behaviour from the companies that dominate the agricultural marketplace.

For instance, I had dismissed the Non-GMO Project’s ever-present butterfly labels as an annoying tactic based on pseudoscience. But the label’s popularity showed that something in the Non-GMO Project’s narrative was resonating with the North American marketplace: The labels play to people’s desire for transparency, to their underlying lack of trust in the food system, and to their desire to have some say in the way our food is grown and made.

According to a 2016 Gallup analysis, millennials in particular tend not to trust big companies to deliver on their promises. And Monsanto has repeatedly failed to behave in trustworthy ways. A year after Bayer acquired it, Monsanto is still embroiled in controversy for several previous misdeeds, including keeping a list of influential critics and allies, in possible violation of French law. Since March, the company has been ordered to pay damages in three cases involving cancer said to be caused by its glyphosate-based weed killer Roundup.

Also read: Review: How an Environmentalist Changed His Mind About GMOs

But Crowe didn’t pay credence to such concerns. Behind his and Monsanto’s doomed struggle to position the company as a beacon of sustainable innovation was always a bit of contempt for those who didn’t agree with them. “If we don’t stop these ideas from opponents and get other ideas about modern agriculture to spread faster,” he told Sustainable Farming in 2017 “the world won’t look the way that I hope for or want it to look.”

But people, this millennial included, don’t necessarily want the world to look the way that Monsanto wants it to look. What was missing from Crowe’s battle for the hearts and minds of millennials were answers to big picture problems – about the health of our families, the environment, the food system, and the injustices that pervade all of these facets of life – that people on both sides of the GMO debate care about.

The entities that push unscientific, fear-based narratives about GMOs will never be defeated if the powers that be neglect to sincerely tackle the people’s underlying mistrust.

I’m hopeful that Monsanto will get the message, but I’m not holding my breath.

Kavin Senapathy is a freelance writer covering science, health, parenting, and food, based in Madison, Wisconsin. She’s the co-founder and contributing editor at SciMoms.com, and the co-host of the Point of Inquiry podcast. She also works with Genome International, a family owned business since 1992. Previously, she received travel and speaking funds from Monsanto parent-company Bayer.