How India Can Improve Its Food Security After the Pandemic Passes

Food security in India's post-COVID-19 phase will influence the country's growth in more ways than one. 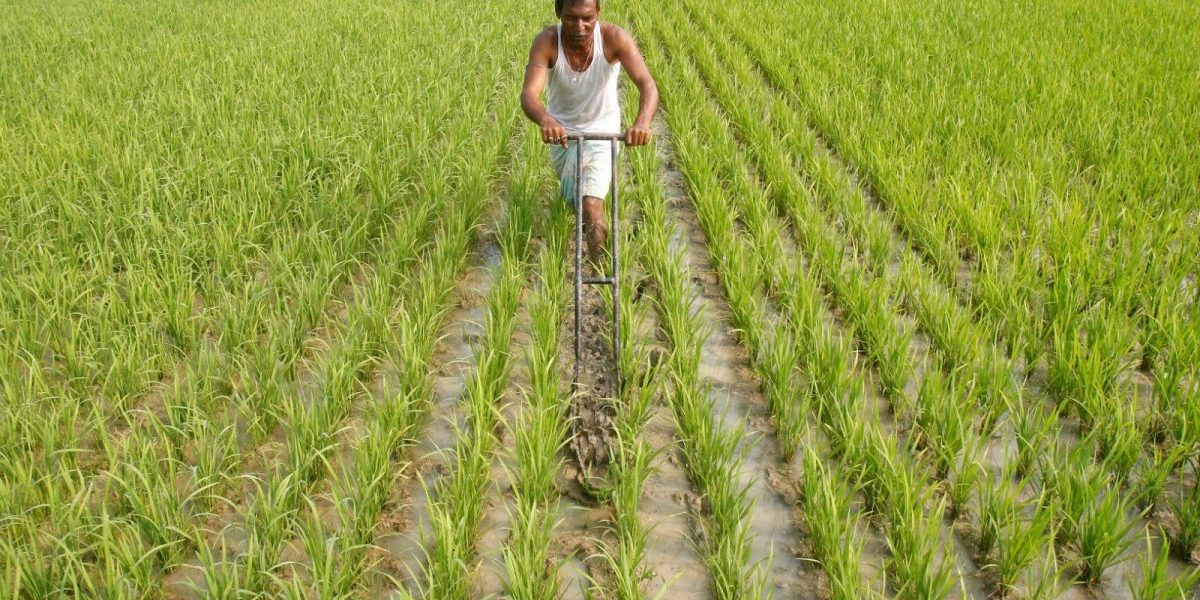 The coronavirus pandemic has seriously challenged more than our health. Food security and the livelihoods of millions of people have been compromised, and many more millions are likely to be hungry because of the pandemic’s impact on economies. The UN World Food Programme has estimated that COVID-19 will increase the number of people facing acute food insecurity around the world – up to 265 million in 2020, up by 130 million. We can only stop this by taking swift action today.

This will also mean a rise in malnutrition among children and overall threat to achieving the Sustainable Development Goals. This is a pandemic emergency that no one was prepared for; some experts have even said the virus is here to stay. Governments around the world will need to step up investments to deal with this crisis, and exhibit solidarity to prepare and adapt for future challenges.

The government’s initial announcement of Rs 1.74 lakh crore in funds and measures to provide extra rations through its targeted public distribution system (TPDS) for the first three months, doubling the quantity and free distribution of 5 kg of rice or wheat and 1 kg of pulses and additional provisions of cash, have been very helpful to poor and vulnerable families. This food package has been extended for two more months, with an additional economic stimulus.

Also heartening are the swift and proactive measures taken by some of the states, such as Odisha, Kerala, Tamil Nadu and others. They have been providing additional food items and cash support to households. These responses align well with India’s Food Security Act and commitments to enhancing food and nutrition security for the population.

In the last few decades, India has made commendable progress in agricultural development. I recall my time at an agricultural university in Punjab in the 1970s; the efforts these universities put in and the thirst of farmers in Punjab to access new crop breeds was inspiring. Since then, there has been commendable progress leading up to self-sufficiency in food production. For example, the current year’s harvest of cereal, expected to be around 291 million tonnes, is a huge leap forward from what it used to be until the 1980s. The stock of 77.7 million tonnes of wheat and rice also means there is enough to respond to any urgent demand for food for several months.

Together the states, the Centre runs three major food-based safety-net programmes that help millions of households access food, cash and other support.

TPDS – The largest of all, the TPDS has a long history, an annual budget of Rs 18.9 lakh crore, and distributes 58 million tonnes of wheat and rice at a highly subsidised price. It serves two purposes: it purchases from the surplus farmers and distributes to the needy, covering 814 million people across all states. In the last eight years, TPDS has undergone several reforms, leveraging technology to improve efficiency. Biometric transactions have enabled the realisation of progressive and pro-poor initiatives, including ‘One Nation, One Card’, currently assuming a central role in about 23 states and with the potential to benefit 60-80 million migrant labourers.

Mid-day meals – The mid-day meal programme provides daily meals to over 120 million children between classes 1 and 8 in all government and government-aided schools with nutritious cooked meals. The government has budgeted Rs 160 crore for 2.54 million tonnes of rice and wheat every year for the meals. This programme is expected to help improve school enrolment, retention and attention even while reducing classroom hunger.

As of April 2020, the Ministry of Human Resource Development issued a second guidance to all states and UTs requesting them to continue providing mid-day meals or food security allowance of food grains and its cooking cost to fulfil nutritional requirements of eligible children under the scheme. Today, about 33 states and UTs distribute food rations; Bihar distributes cash.

Integrated Child Development Services (ICDS) – The ICDS provides 100 million children under 6 years of age and pregnant and lactating mothers with cooked meals and take-home rations. The programme has been allocated 2.19 million tonnes of rice and wheat, plus Rs 21,933 crore. It further seeks to improve the nutritional intake and health of children aged 0-6 years, laying the foundation for proper psychological, physical and social development and reducing the incidence of illnesses illness. With the additional allocation of rice/ wheat and pulses in response to COVID 19, the fund and food allocation for these programmes has been increased to Rs 2.3 lakh crore with 75 million tonnes of cereals.

Daily wage earners, migrants and others

Since the onset of the pandemic, in addition to the aforementioned programmes, huge efforts have been made to provide cash, food rations and cooked meals to millions of migrant labourers and urban wage earners, poor and various additional vulnerable groups. The government has also recently unveiled an economic package to help alleviate the distress for small farmers, migrant workers, small traders and self-employed people.

There have been extensive engagement of NGOs and private sector and government support in responding to additional demand for food. It has been reported that more than 37,900 relief camps were set up for migrants, serving food to more than 16 million people, further evolving every day. Some 1.65 million workers were accommodated and fed by employers. Some estimates indicate 60-80 million people migrate between states, with many returning to their home-villages, and therefore the challenges in providing various levels of support to these large populations has been daunting.

Of note is the highly subsidised, cooked food made available through the Amma canteens in Tamil Nadu, the Mukhyamantri Dal-Bhat Yojana in Jharkhand, the Annapurna Rasoi in Rajasthan, the Aam Aadmi canteen in Delhi, etc. to the urban poor, engaging thousands of volunteers and being one of the pillars of food security during COVID-19. Thousands of kitchen sheds managed by women’s self-help groups in rural areas take care of the immediate food needs of millions of hungry people and stranded labourers. This clearly shows the remarkable role played by grassroots women and volunteers in sustaining the food system.

However, concern exists that many urban poor, slum dwellers and those returning to their villages are not part of the support system and continue to miss out food support from the government food support. There are reports about hundreds of thousands of factory workers and wage earners who have not been paid and their employment has been terminated and therefore continue to face uncertainty for their livelihood and food security for their families. Various vulnerable groups such as HIV/AIDS patients / Sex workers complain of rising hunger due to absence of income.

Furthermore, concern about declining private sector support is widespread, as with passing time some of the beneficiaries of these programmes may not continue to get the support and yet, still depending on the humanitarian support.

It was not a surprise that the sudden lockdown has resulted in massive challenges and difficulties in many areas. But the swift measures and efforts to ensure that everything is run well has been the hallmark of GoI’s responses to the daunting requirement of COVID-19 responses. This is so that all aspects of the essential services are run well, and no important component is left out for a prompt government response. The steps in establishing a high-powered empowered group at the centre and in the states and subsequent engagement of the highest leadership at different levels and among partners including civil society, UN organisations and private sectors have been a few commendable steps towards good coordination and resolving challenges and bottlenecks.

Also, the clarity with which various timely measures are being taken to respond to the crisis, helped implement the response packages and readjust policy based on new realities. This is laudable in a situation where the full extent of impact of such steps is continuing to evolve. Some challenges remain at state level given the differing turnaround time for action in each state and there was an enormous challenge of migrant labourers being stranded on the roads, facing a lot of discomfort regarding lack of food and other support.

Towards a post-COVID-19 India

The Comprehensive National Nutrition Survey suggested that a third of Indian children are stunted and underweight. The challenges of COVID crisis are likely to deteriorate this situation. The International Labour Organisation has estimated that around 400 million Indians informal sectors are likely to be pushed in deep poverty due to COVID. India’s vulnerability to climate change and increasing frequency of extreme events all together pose a serious challenge to the food and nutrition security scenario in the country. It is highly unlikely that the situation will revert to the “old” normal soon. I’m concluding this with five key thoughts:

Expansion of coverage of social safety nets – First, given the Centre is spending a vast amount of resources, there is a need to work towards ensuring that the large number of vulnerable people who are currently out of food based social safety-nets are all included into the food system across all states. Given huge rise in number of labour force, there could also be provision made to introduce food for assets scheme promoting afforestation or community infrastructure programme. This ‘One Nation, One Card’ across the country is a great move in this direction and no hurdle should allow it to stop its universalisation soon.

Diversification of the food basket of social safety-nets and feeding behaviours – Second, in view of limited access to nutritious food, there is a need to expand the food basket to ensure that all key nutrient requirements are fulfilled. Strategies such as nutri-garden/kitchen gardens, micronutrient supplementation and fortification along with direct cash distribution should promote better nutritional outcomes.

Integration of tracking systems of the three food-based safety nets under NFSA – Fourth, it will be opportune to collectively look at all three food-based interventions and integrate their data on beneficiaries to promote complementarity and further enhancement of their effectiveness and their impact.

Supporting agriculture and allied sectors – Finally, it is crucial to closely watch emerging concerns in the availability of farm inputs such as labor, agricultural inputs, machinery and finance, so that the farming system continues to run uninterrupted and long-term food security is continued to be ensured.

Food security in India’s post-COVID-19 phase will influence the country’s growth in more ways than one. So strengthening the same today with timely and strategic initiatives will define how India fares tomorrow, and will need continued attention.

Bishow Parajuli is WFP representative and country director, India. The views expressed here are his own.