By shifting from rice and wheat crops, which get overemphasis both in terms of cultivation and procurement, to coarse grains such as bajra, maize can go a long way in correcting issues concerned with MSP.

Talks between the Indian government and representatives of farmers’ unions leading the protest movement against the three hastily passed farm laws seems to have reached a stalemate. At the centre of the disagreement lies the existing system of government procurement and minimum support price (MSP).

Farmers are worried that the farm laws will undermine the system of state-mandated procurement at remunerative minimum support prices. This, they argue, will increase volatility in farm incomes, and lead to rising indebtedness and a fall in living standards. Existing evidence and their own experience suggest that their worries are amply warranted.

Supporters of the farm laws claim that the system of government procurement is inefficient and a waste of limited state resources. They claim that the system has sustained perverse incentives in agriculture, leading to the preponderance of water-intensive crops in water-deficient regions of north India. The rapidly declining water table, for instance in Punjab, calls for the immediate dismantling of the system and its replacement with a market-oriented trading system, supporters of the farm laws argue.

Farmers are keenly aware of this problem, and so it is disingenuous to lecture them about problems of water depletion. After all, it is they who have to deal with the plunging water table and the rising costs of cultivation. What is important for the government to note is that farmers are unable and unwilling to switch to other, less water-intensive crops because there aren’t strong incentives in place to make it profitable for them to do so. It is unlikely that a market-oriented system of agricultural trade will create the correct incentives to facilitate crop diversification or address the environmental problem.

Also read: How Financially Feasible Would it be to Extend the MSP to All Crops?

In fact, there is a much better alternative, based on the existing system of state procurement, that can directly address this problem. To understand this alternative, we need to ask ourselves why the cropping pattern in Punjab has changed so drastically in favour of rice and wheat in the first place between the late 1960s and now.

Change the focus of procurement

Starting in the late 1960s, farmers in Punjab have gradually increased the share of area under rice and wheat because of the incentives created by government policies. The acute scarcity of food grains faced by India in the 1960s had called for immediate action in the form of the green revolution. Input subsidies; support for extension and research; minimum support prices; and a state-mandated procurement, all part of the broader thrust of the green revolution, fed into the decision-making of farmers. Since the system promised stable incomes, farmers who had access to it, rapidly switched to crops covered by subsidy support and the state procurement system. 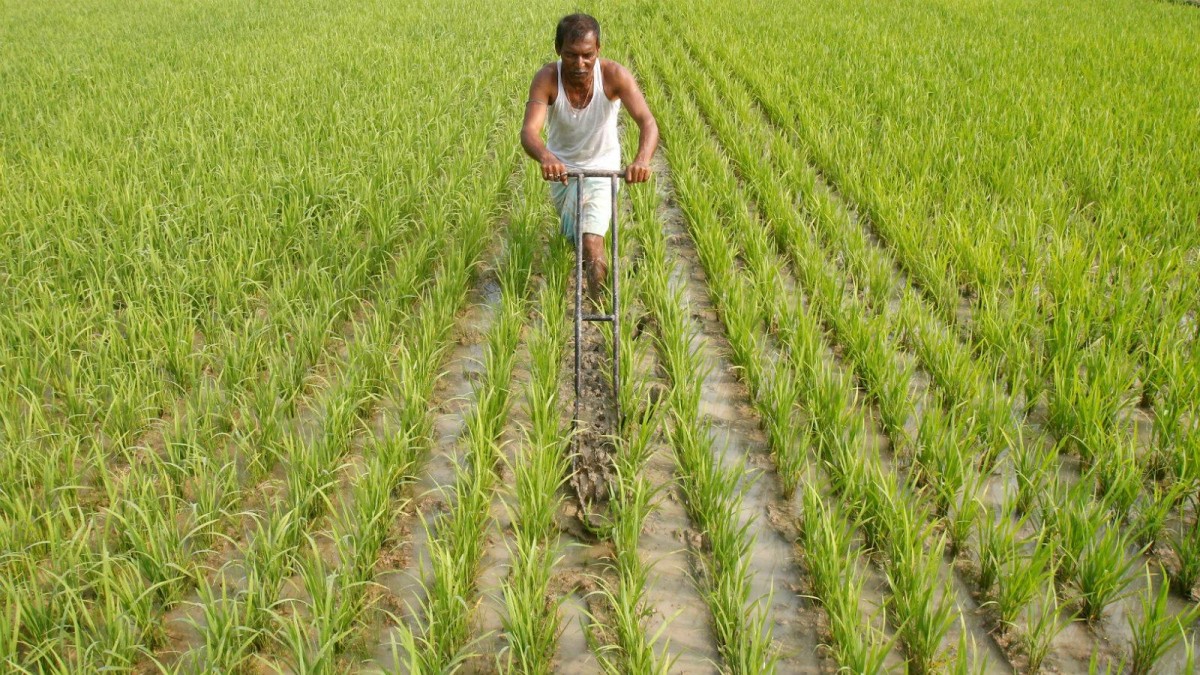 The problem lies not in the system of state procurement and minimum support price per se, but in the singular focus on two crops: rice and wheat. The government, through the Food Corporation of India, has guaranteed and continues to guarantee unlimited procurement of only rice and wheat at the minimum support price. That is why stable farm incomes have become associated with these two crops. No wonder the cropping pattern shifted so dramatically towards rice and wheat.

Therefore, one way to address the twin problems of unstable farm incomes and water depletion in north India is to gradually shift the focus of procurement away from rice and wheat towards nutritious grains – also known as coarse grains – like maize, barley, bajra, millet, and different varieties of pulses, which require much less water than rice. The solution is not to directly or indirectly dismantle the procurement system by encouraging larger participation of private capital.

Privatisation of agricultural markets will increase the volatility of farm incomes, but there is no guarantee that it will create incentives to change cropping patterns in the correct direction. On the other hand, a judicious mix of nutritious grain-focused procurement and other supportive policies like rice or root intensification, micro-irrigation and organic farming can generate a strong matrix of incentives to initiate crop diversification away from the water-guzzling paddy.

There is an extremely important, additional advantage of this proposal.

The overwhelming focus of the public distribution system has been on rice and wheat, precisely because the overwhelming focus of procurement has been on rice and wheat. This has, perhaps unintentionally, created incentives for the poor to substitute away from more nutritious alternatives like maize, millet, bajra, jowar and millets. This has worsened problems of micronutrient deficiencies in the Indian population.

If the focus of the state procurement system were to shift away from rice and wheat, then a parallel shift can be initiated in the public distribution system. An increase in the distribution of nutritious cereals at subsidised prices can reverse the maldistribution in the food basket of the poor and go a long way in addressing the deepening problem of micronutrient deficiency.

The proposal outlined above can be made cost neutral, that is the shift from rice and wheat towards nutritious cereals will not involve any additional expenditure by the government.

The minimum support price for rice was Rs 1,825 per quintal. Among nutritious grains, the main procurement in 2019-20 was focused on bajra, with a minimum support price of rupees Rs 2,150 per quintal. If the procurement of rice was reduced by 40 lakh tonnes over two years, it would be possible to increase the procurement of nutritious cereals by 33.95 lakh tonnes – a 10-fold increase in two years – without incurring any additional expenditure, assuming that procurement incidentals and distribution costs do not vary much between rice and nutritious cereals.

A steady increase in the state-guaranteed procurement of nutritious cereals, thereafter at remunerative minimum support prices, would facilitate diversification of cropping patterns in north India away from rice intensive paddy. This can bring us back, for instance, to the diversified crop mix of early-1970s Punjab (see Table 1).

It is important to note that minimum support prices, on their own will not work. No wonder farmers are not convinced by the government argument, which is actually true, that currently 23 crops are covered by minimum support price. To make it effective, to provide stable signals to farmers that can change their cropping patterns, minimum support prices have to be backed either by legal guarantees or by state-mandated procurement. While the farmers’ movement has focused on the former so far, the latter is also an alternative to consider.

It is imperative that the Indian government gives up its blind faith in the efficacy of the market, repeals the farm laws that are clearly aimed at privatising agricultural trade, and instead start thinking seriously of alternative, creative public policy interventions to address the agrarian crisis that is manifested, among other things, in stagnant or volatile farm incomes and declining water tables across much of north India. The existing system of procurement at minimum support price can be an important tool in such alternatives.

Deepankar Basu is an Associate Professor in the Department of Economics, University of Massachusetts Amherst.