The future of Indian agriculture and the Chautala family’s political fate are intertwined. 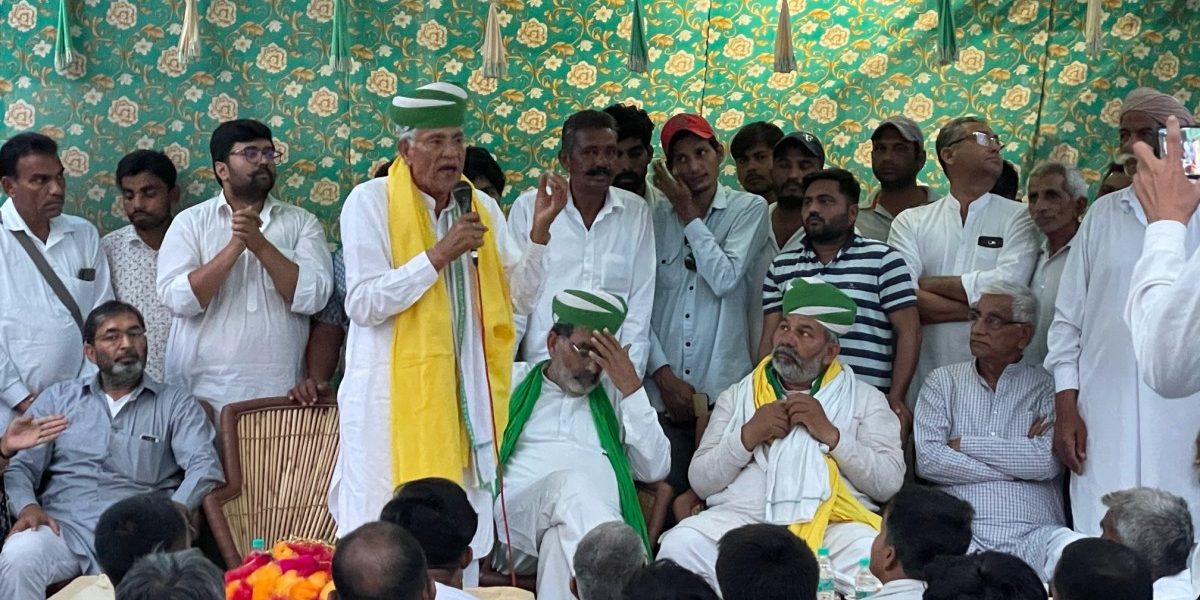 Chautala: A no-confidence motion in Haryana, a farmer revolution growing in their backyard and an ongoing tussle between the Bharatiya Janata Party and Congress for the state – the Chautala clan have had a lot on their plate over the last few months.

Both factions of the clan – Dushyant’s Jannayak Janta Party (JJP) and Abhay Chautala – have positioned themselves cleverly. But what are they really thinking? One has to go back to their roots to understand this.

So, this writer began a 400-km journey from Delhi to the Haryana-Rajasthan border to the family’s native village of Chautala. A village with metalled roads, a sports stadium, drinking water troubles, clan wars and interestingly, no mandi for its farmers.

Culturally speaking, this area is seeped in Bagri Jat culture, which is closer to Rajasthan culturally.

The village is a political Mecca in Haryana politics since Devi Lal, a Sihag Jat from Chautala, rose to prominence here and even played kingmaker in the V.P. Singh’s Janata Dal government. Hence even Rakesh Tikait and Baldev Singh Sirsa, both prominent farmers leaders, took time out to visit and address the region’s farmers on March 17.

But does the region’s political clout get its farmers their share of the minimum support price (MSP)? Randhir Singh, a 53-year-old farmer, sums it rather well: “Only few farmers get MSP, for the rest of our crops like cotton, mustard, channa, etc, there is no MSP. Without a mandi for these crops, how can we even think of MSP?” 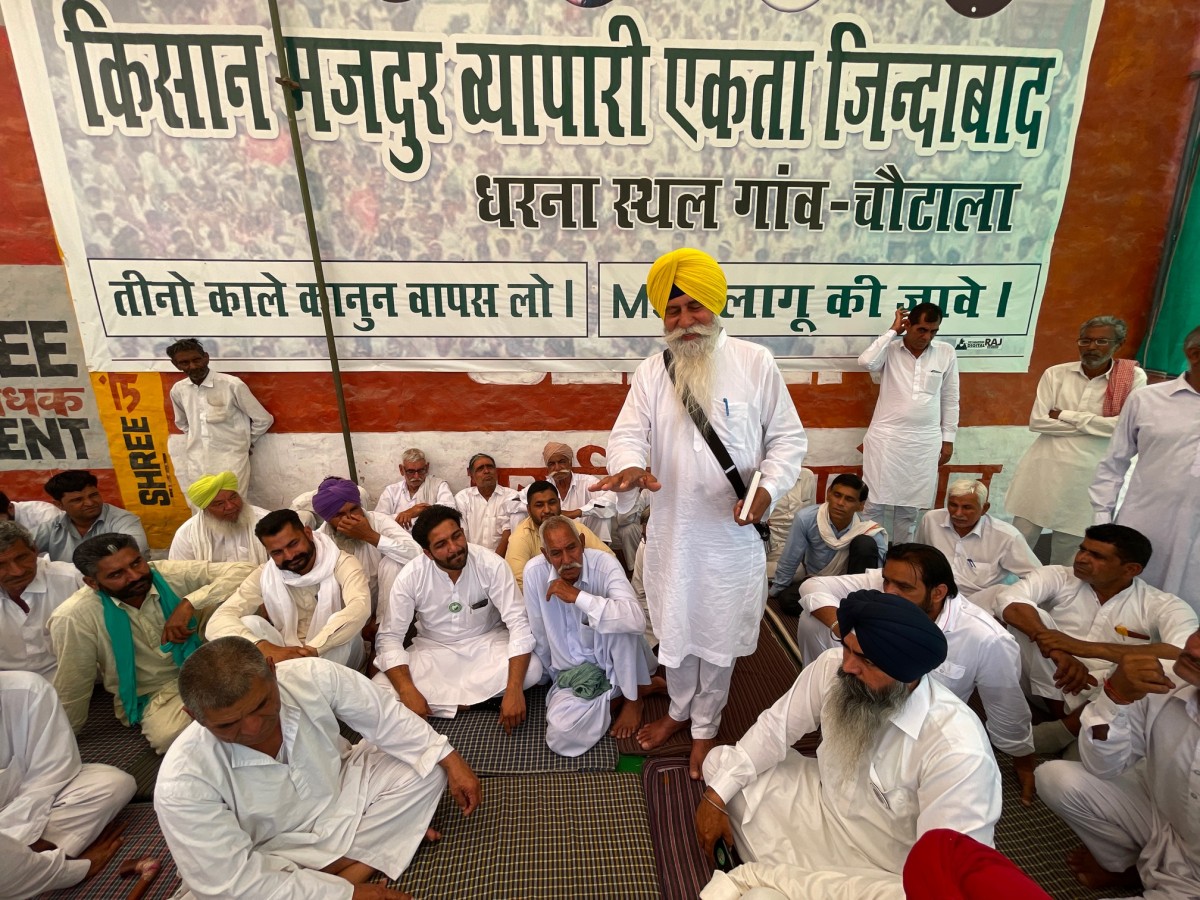 Perhaps that’s why Chautala village is up in arms and protesting at the village gate.  Farmers from the village were first encamped at Tikri border, and as the protests grow, have come back to stir things up in their area.

Sanjay Sihag, a farmer and also kin to Devi Lal family, tells this writer: “It’s been over three months, no one from JJP or the BJP can enter the village. There is a complete political boycott, which will also reflect in the next elections.” Many farmers in the village were expecting a debt waiver, but instead find themselves being pushed toward corporatisation.

Daya Ram, a 48-year-old wheat farmer, notes that “there was panchayat in the village condemning the Dushyant’s JJP” and most of the farmers felt a betrayal. “Chautalas can only come to our village as a resident, not as politicians. They will only be allowed to join our panchayat once they resign or repeal the laws,” said Pavan Kumar, a 50-year-old farmer.

“Today the JJP, campaigns in the name of Sir Chotu Ram, but our village knows that when Sir Ram came to this village, Devi Lal himself showed him black flags,” Sanjay remarked.  It was surprising to hear this fact. Most of the farmers are scared of the political clout of the Chautalas, yet have been protesting in Chautala and nearby hamlets.

Also read: Farmers’ Protest: Where Do UP Politicians Stand?

But are these protests political motivated? Financed by opposing parties, as some may claim?

Mukharam, a 77-year-old farmer, helped us understand this better. “Modi government and JPP have helped the farmers unite. Keeping political affiliations aside, farmers have collected Rs 50/acre donation from each farmer. Traders and small business owners have also given donations for the farmers revolution. Dushyant came to power appealing to the anti-BJP wave, and now has joined hands with them,” he said.

“We are positive, Chautala brought them to power and we shall take it back too,” Mukhram added. 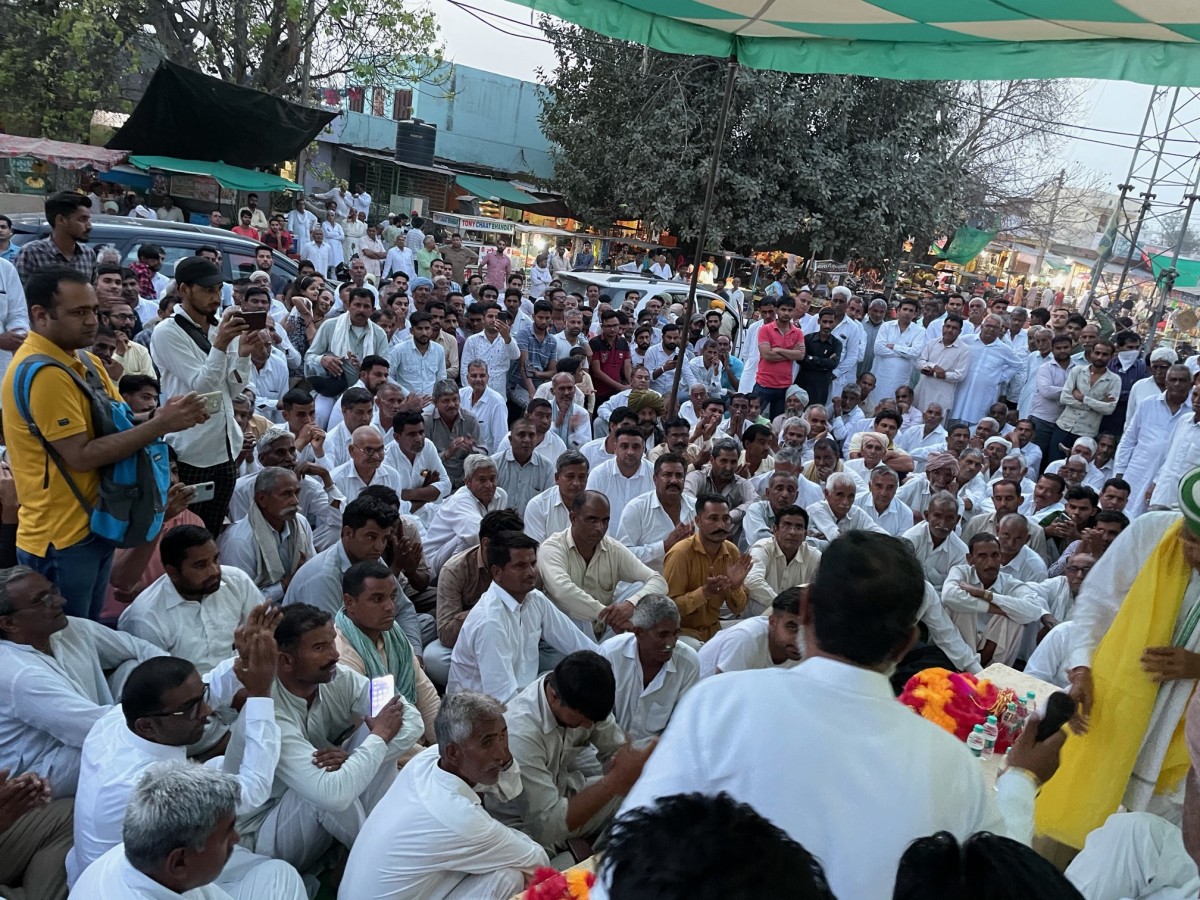 Some also feel Abhay Chautala has played a better hand by resigning. “L.K. Advani when he campaigned in Hisar many years ago, spoke out against regional parties. The BJP always eats into their regional partners. Nitish is a good example. It is only matter of time JJP vote base will also be absorbed by the BJP,”  said Pradeep Godhara, resident of Chautala and progressive farmer.

“There is a big difference with gur (jaggery) and gur-bag (gunny bags in which jaggery is transported),” said Surjeet, a 60-year-old an agricultural labourer, when asked about Modi’s agriculture policy.

Contrary to doubling farmers incomes, reducing fertiliser (urea and DAP price are to be increased from April) and fuel subsidies, have impacted farmers real incomes. For many the farming may not have a future.  “Our younger generation will have to face the brunt of Modi’s bad policies,” Yuvraj, a 26 year old, told me.

“Farming is no longer tenable for us. Our milk is selling cheaper than water, input costs keep going up, people are at a breaking point already,” he added.

Yuvraj’s remarks appear to reflect the general mood around Modi’s government’s policies in this small part of the world – from crop insurance to property card schemes.

The future of Indian agriculture and the Chautala family’s political fate are intertwined. If the laws are not repealed, the collateral damage will be Haryana farmers and this politically influential clan.